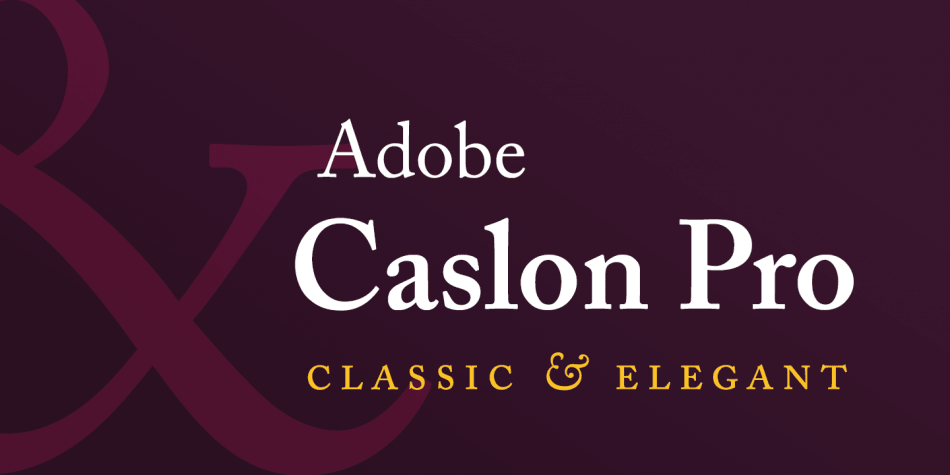 Adobe® Caslon™ Pro is a serif font family. This typeface has six styles and was published by Adobe.

William Caslon released his first typefaces in 1722. Caslon’s types were based on seventeenth-century Dutch old style designs, which were then used extensively in England. Because of their remarkable practicality, Caslon’s designs met with instant success. Caslon’s types became popular throughout Europe and the American colonies; printer Benjamin Franklin hardly used any other typeface. The first printings of the American Declaration of Independence and the Constitution were set in Caslon. For her Caslon revival, designer Carol Twombly studied specimen pages printed by William Caslon between 1734 and 1770. The OpenType “Pro” version merges formerly separate fonts (expert, swash, small caps, etc.), and adds both central European language support and several additional ligatures. Ideally suited for text in sizes ranging from 6- to 14-point, Adobe Caslon Pro is the right choice for magazines, journals, book publishing, and corporate communications.