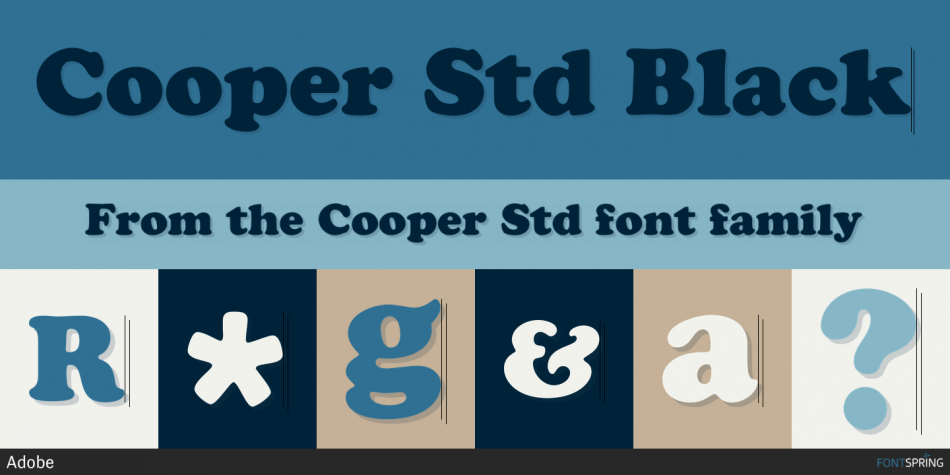 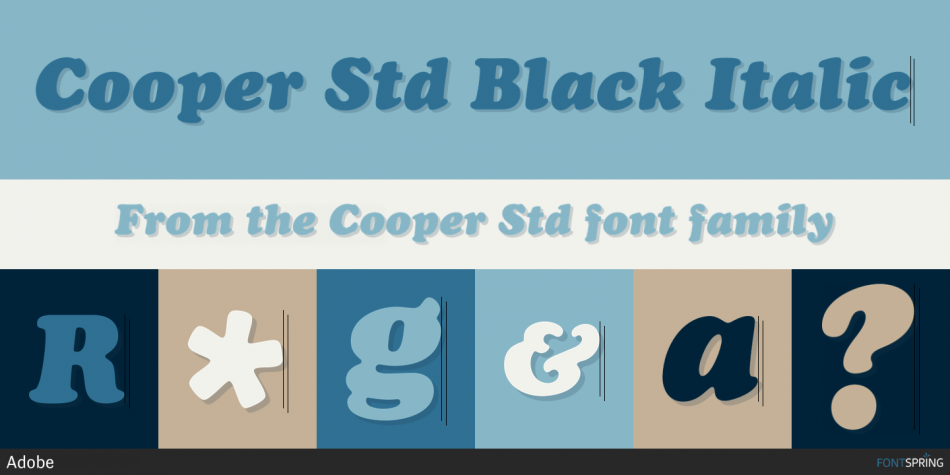 Cooper Std is a display serif font family. This typeface has two styles and was published by Adobe.

Cooper Black is a very heavy version of Cooper Oldstyle (also known simply as Cooper), an innovative typeface with rounded serifs and long ascenders designed in 1919. The Cooper family was the work of Oswald Bruce Cooper, co-owner of the Bertsch & Cooper design firm in Chicago. Cooper Black was first released by the Barnhart Brothers & Spindler foundry of Chicago in 1922. Oz Cooper was fond of saying that the Black fit the needs of “far-sighted printers with near-sighted customers.” Cooper Black set a trend in ad types which prompted such designers as Fred Goudy (one of Cooper’s early teachers) to follow suit with their own black faces (compare Goudy Heavyface).