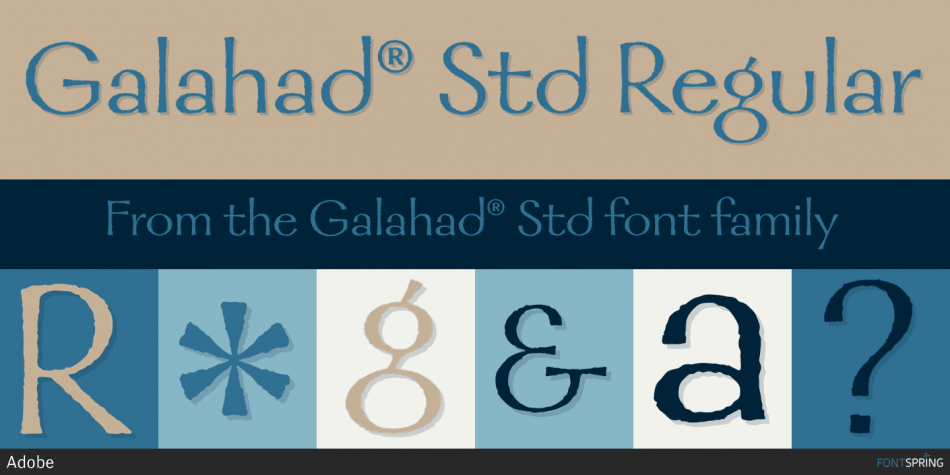 Galahad® Std is a historical and display sans font published by Adobe.

Modeled on hand-drawn letters by well-known San Francisco calligrapher and lettering instructor Alan Blackman, Galahad represents one of his signature styles. The rough edges and eccentric forms of Blackman’s original sans serif lettering have been retained, giving the large display sizes a distinctive, congenial charm. He describes Galahad (named for Sir Galahad, who in Arthurian legend sought and found the Holy Grail) as “a cross between Optima and the flat-pen writing of Friedrich Neugebauer,” the distinguished Austrian calligrapher. While it is a classically proportioned sans serif, Galahad retains its calligraphic origins. The unusual capital A is a particular favorite of Blackman, who thinks of it as his “signature” character, one that adds visual drama to type set in all caps. Although this 1995 addition to the Adobe Originals library is intended primarily for display use, the generous capitals and open, geometric lowercase letters make Galahad clear and readable in casual text settings as small as 14 points.