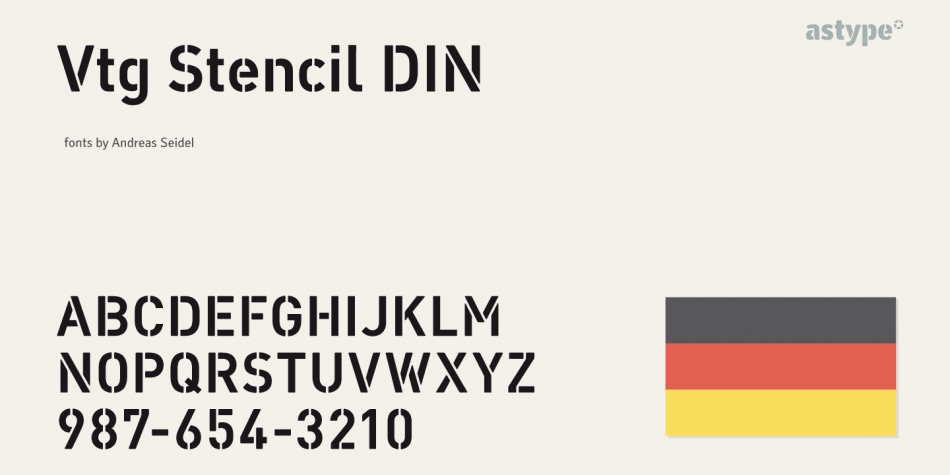 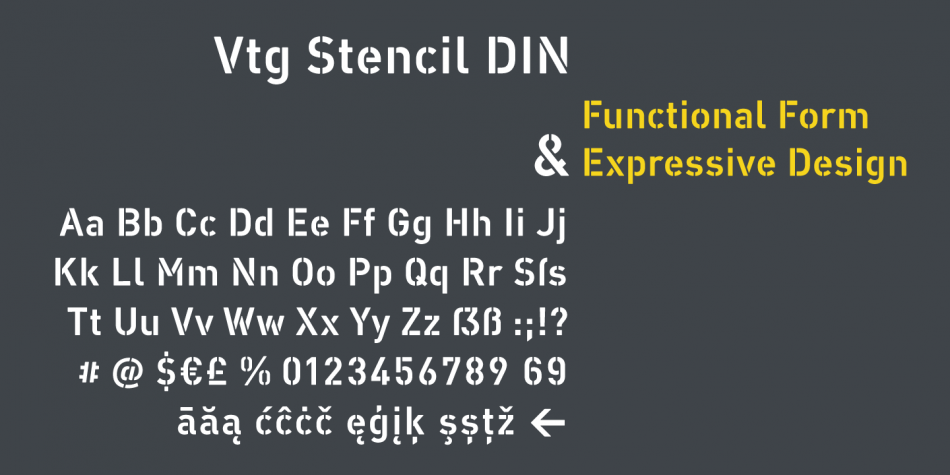 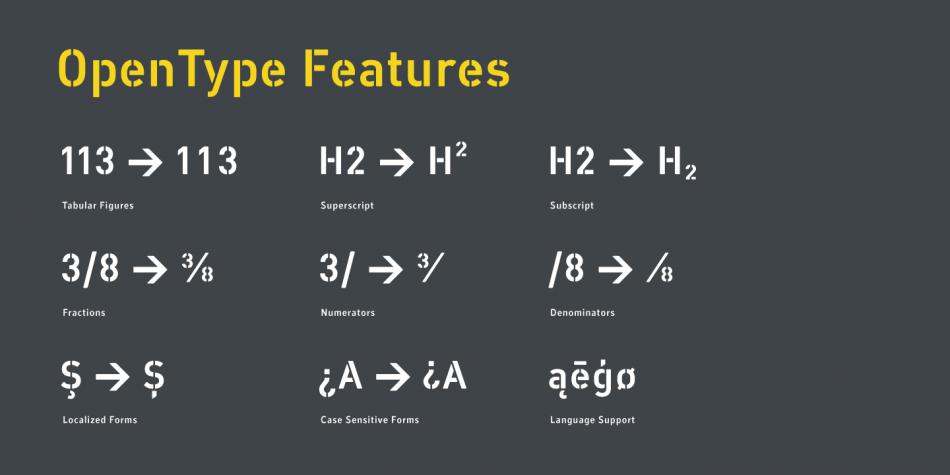 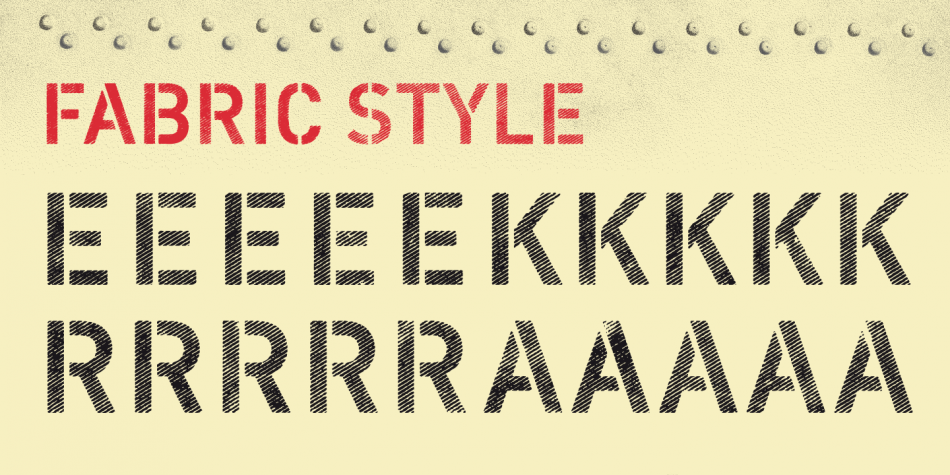 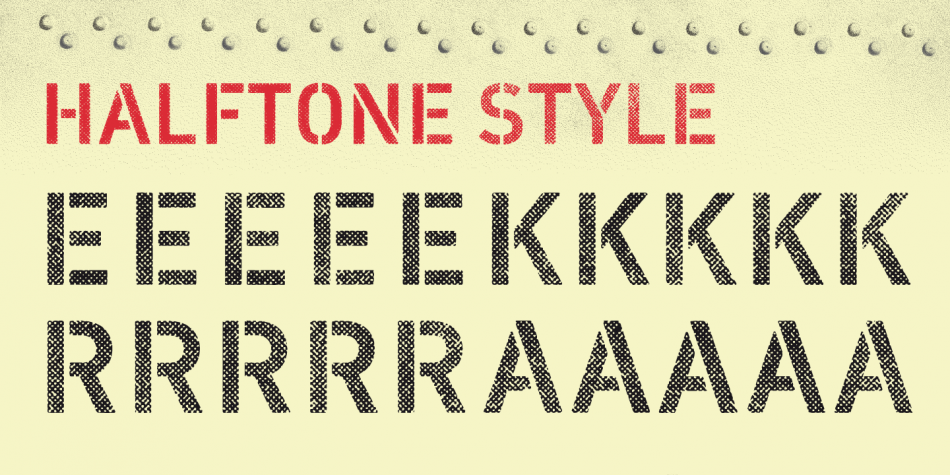 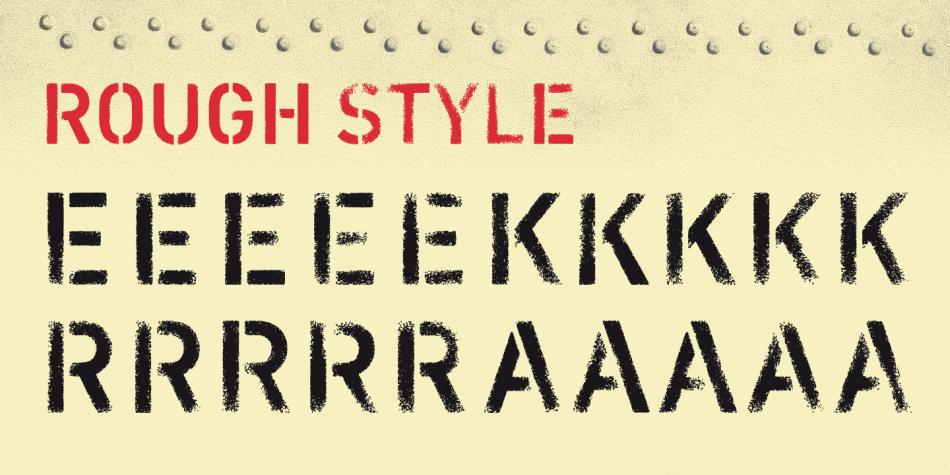 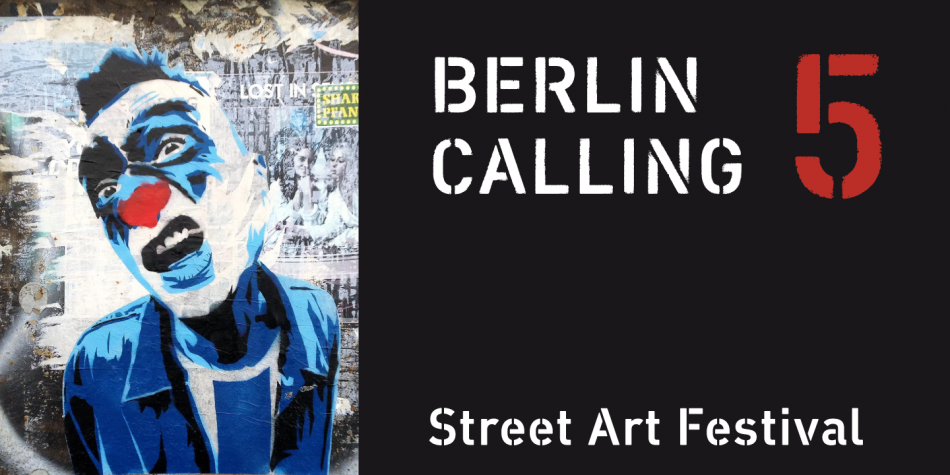 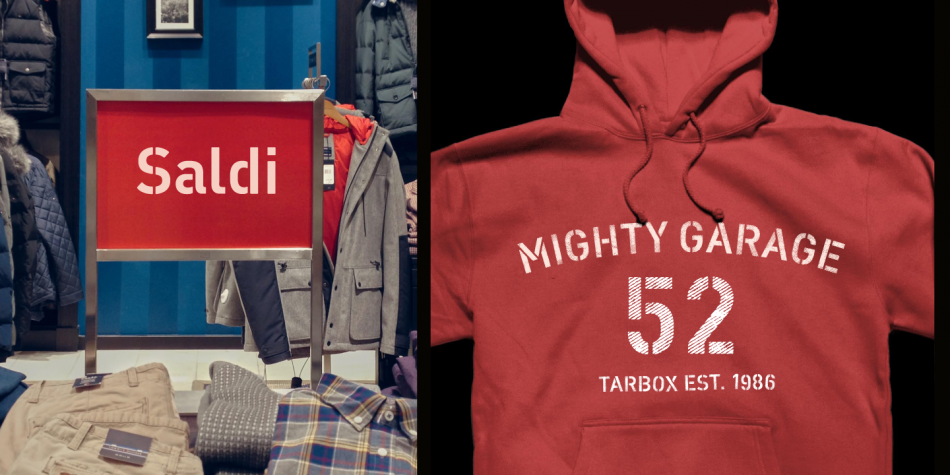 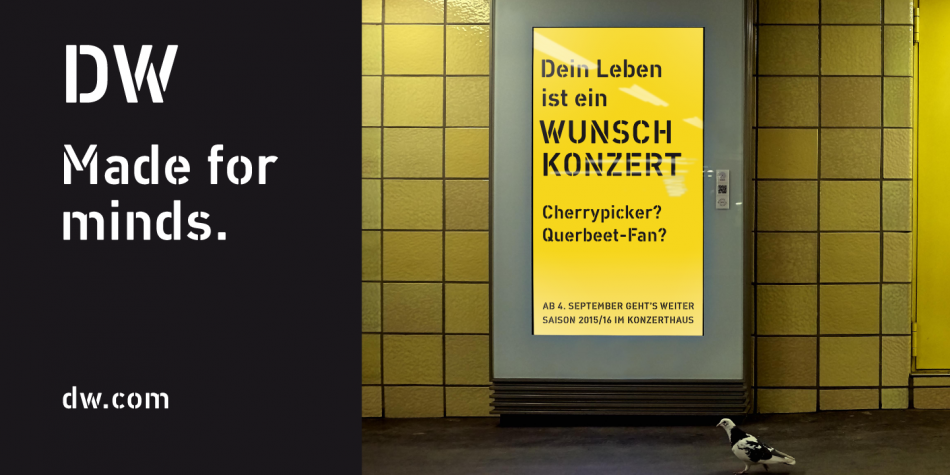 Designed by Andreas Seidel, Vtg Stencil DIN is a grunge and stencil font family. This typeface has fourteen styles and was published by Astype.

The Vtg Stencil series of fonts from astype are based on real world stencils. The Vtg Stencil DIN fonts were developed to made the most common stencil type of Germany available in digital type. Of course there are several, slightly different stencil designs from different manufactures and times in circulation, but all share the typical design of DIN type.

DIN stands for “Deutsche Industrienorm” (German Industry Standard) and the DIN types have a long history. The core design was developed for descriptions of freight cars of Prussian state railways (1906). But the design became more and more popular and in 1936 it was issued as DIN1451 -a draft template for designing type. It was used for traffic and street signs, house numbers, at the army and many more. Over the years the design changed a bit and was slightly modernized.

Vtg Stencil DIN comes in many styles - Regular, Alt, Fabric, Halftone and Rough. The Alt style features older designs of letter “a” and figures “6” and “9”. Fabric, Halftone and Rough styles have an eroded, weathered look using up to four glyph variations of each letter. For an random effect an glyph rotator is programmed into the fonts opentypecode and applied by typing in opentype-savvy application.