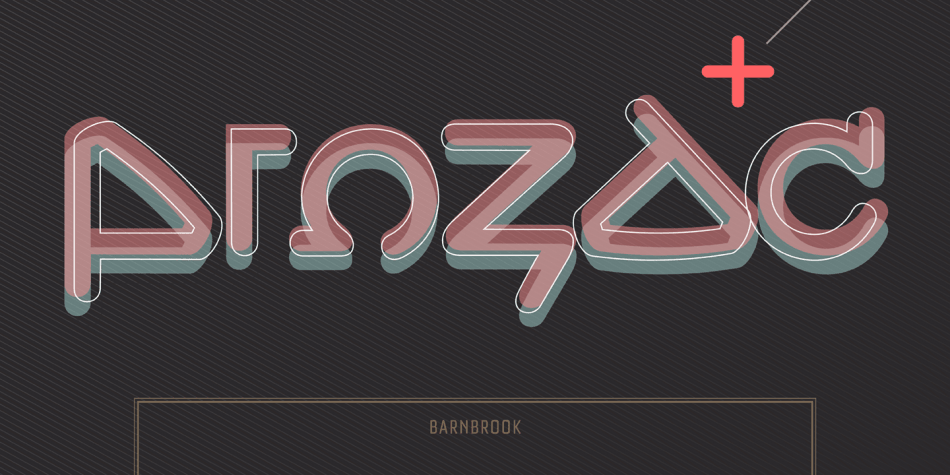 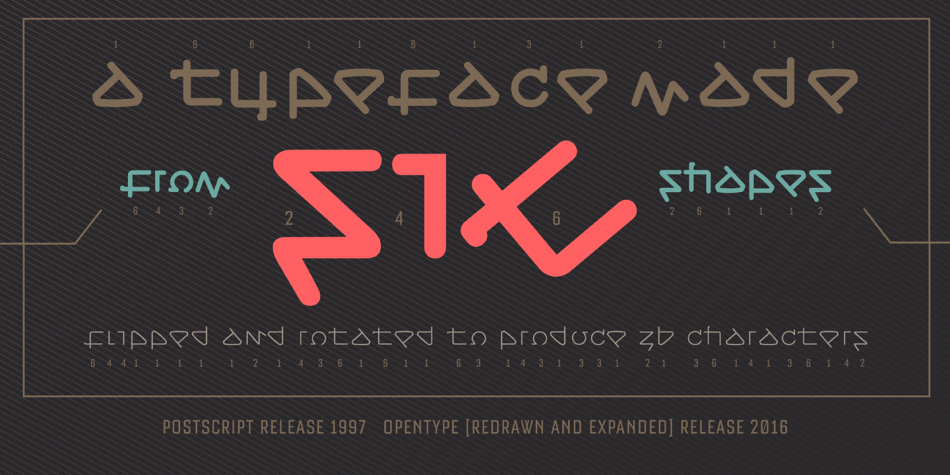 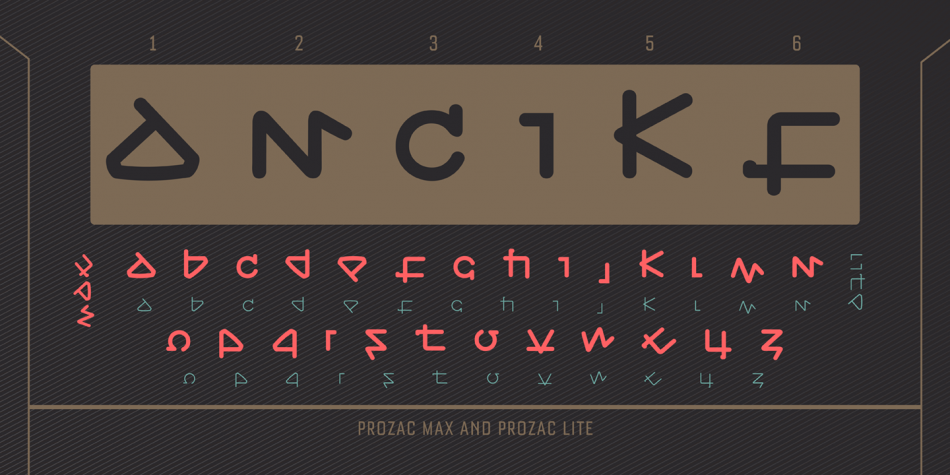 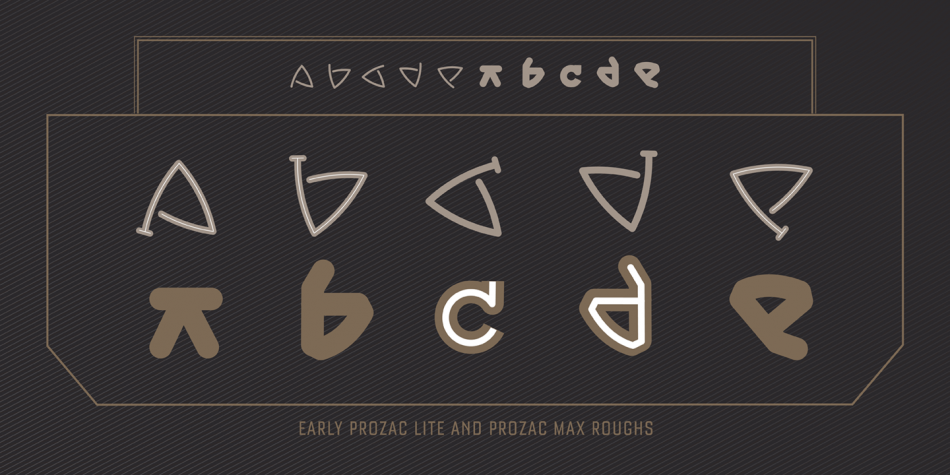 Designed by Jonathan Barnbrook, Prozac is a novelty and arts and crafts font family. This typeface has two styles and was published by Barnbrook Fonts.

A two font family. This contains every font in the Prozac Family. 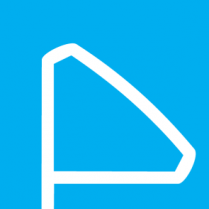 Throughout the history of typography there have been countless attempts to simplify the alphabet. In the early 20th century, modernist designers experimented with reducing the alphabet to basic geometric shapes. Prozac pushes this utopian experiment further by reducing the roman alphabet to just six shapes. These shapes are then flipped or rotated to make up the 26 letters of the alphabet.