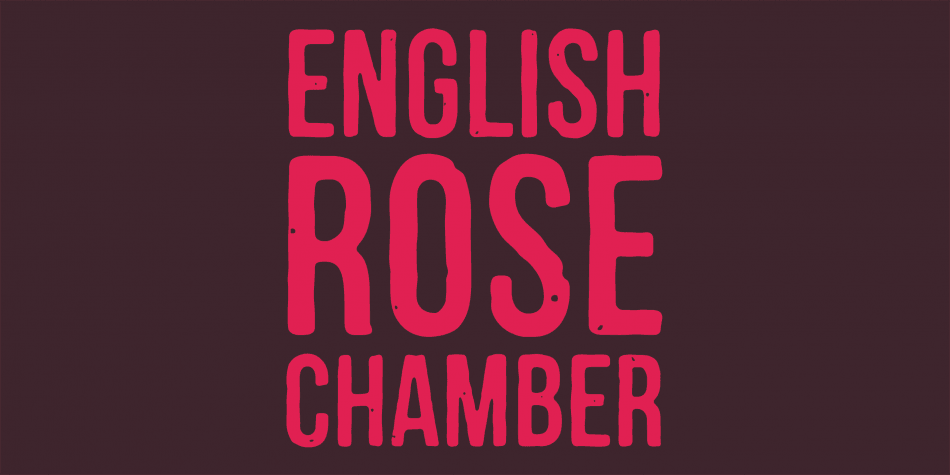 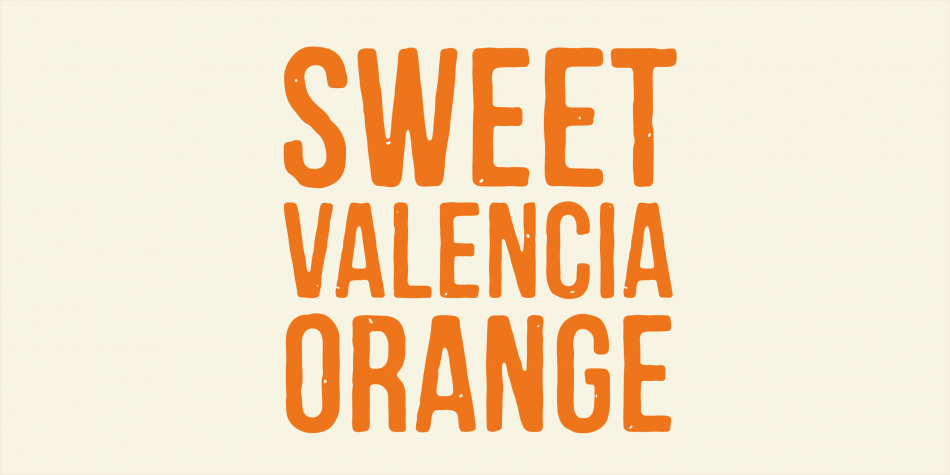 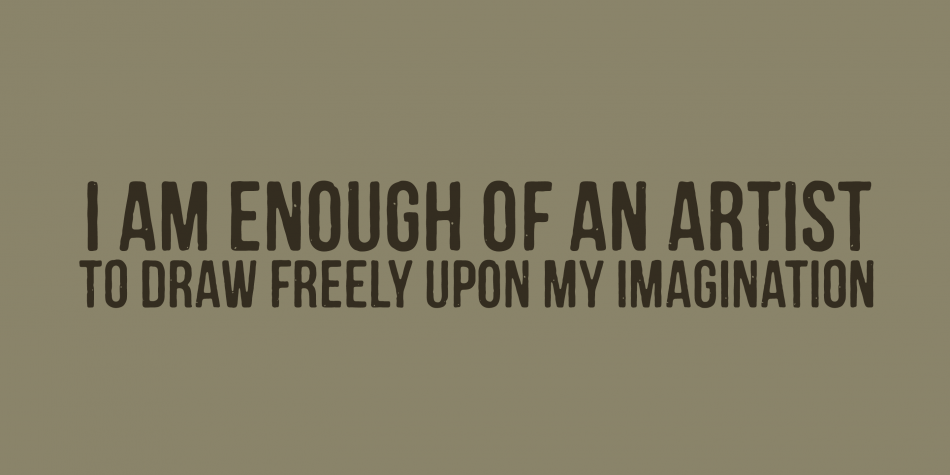 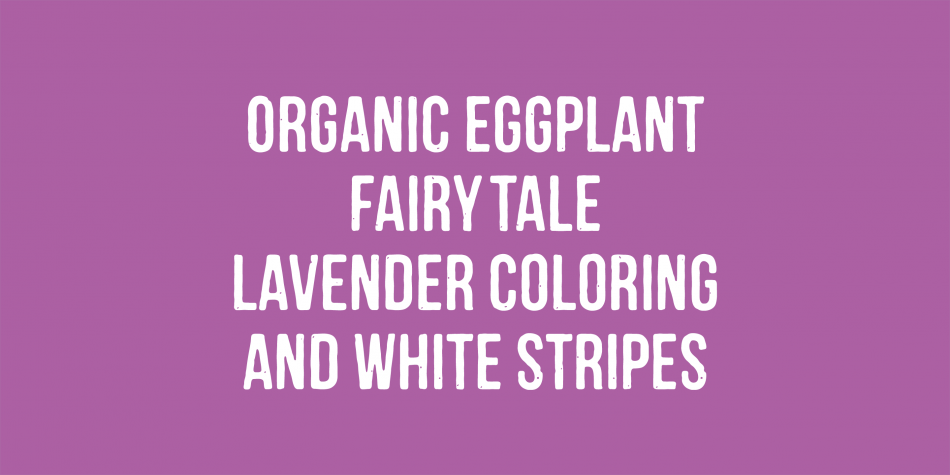 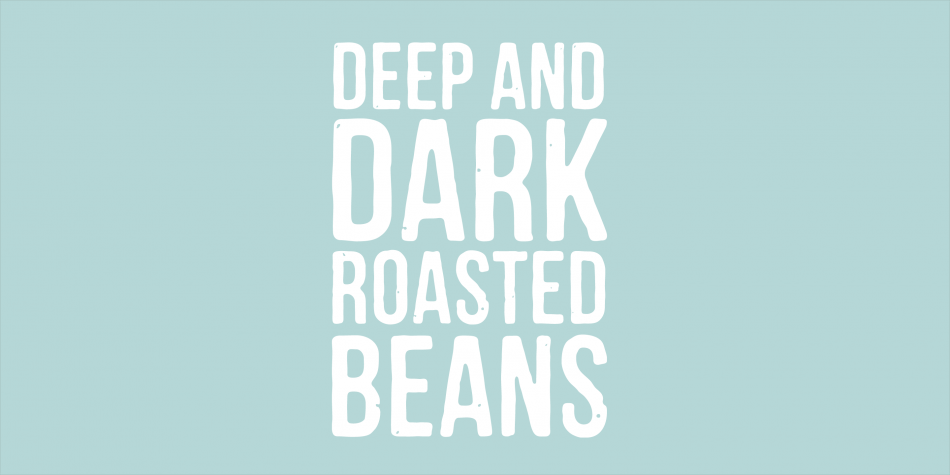 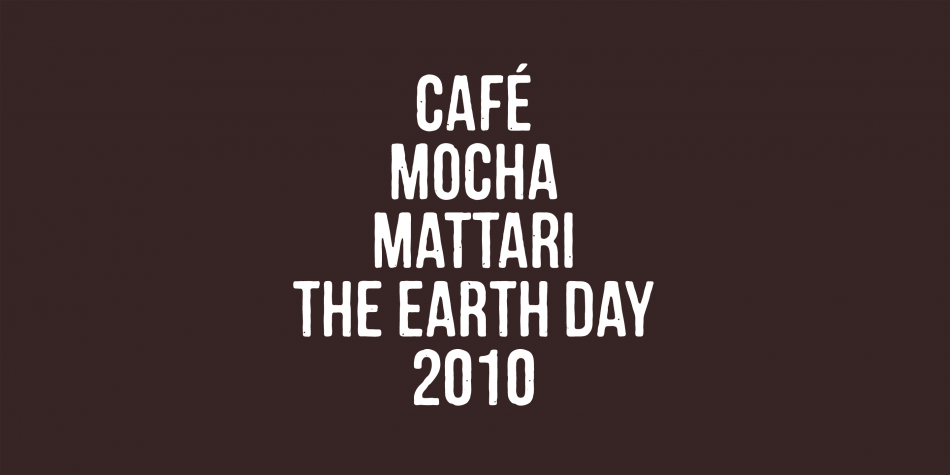 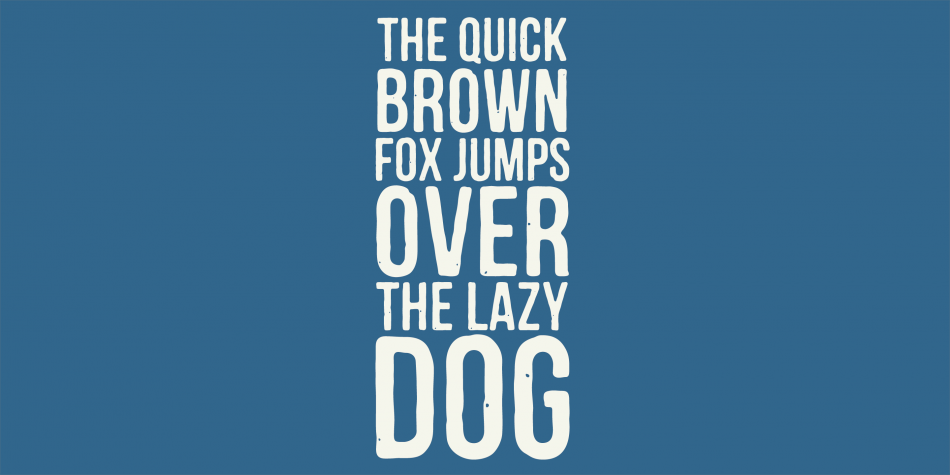 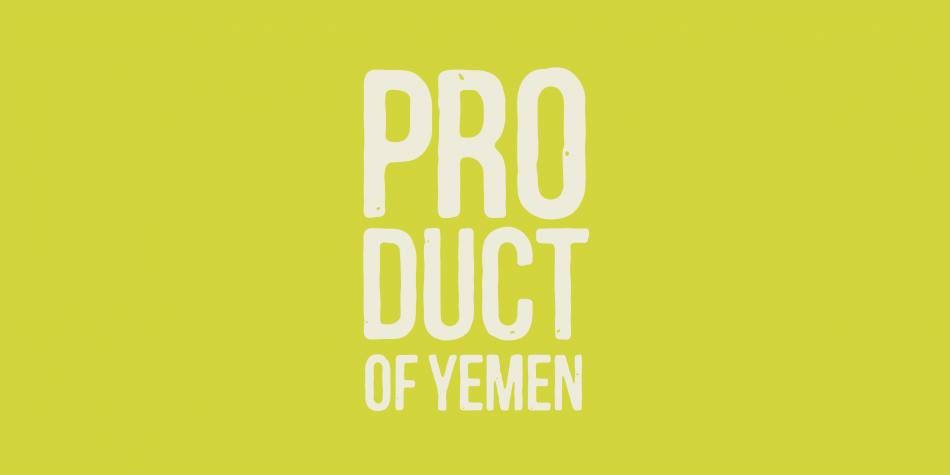 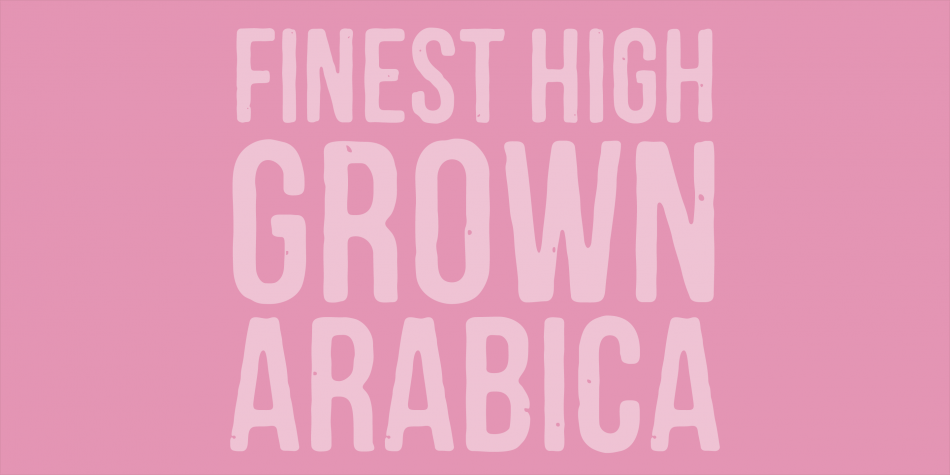 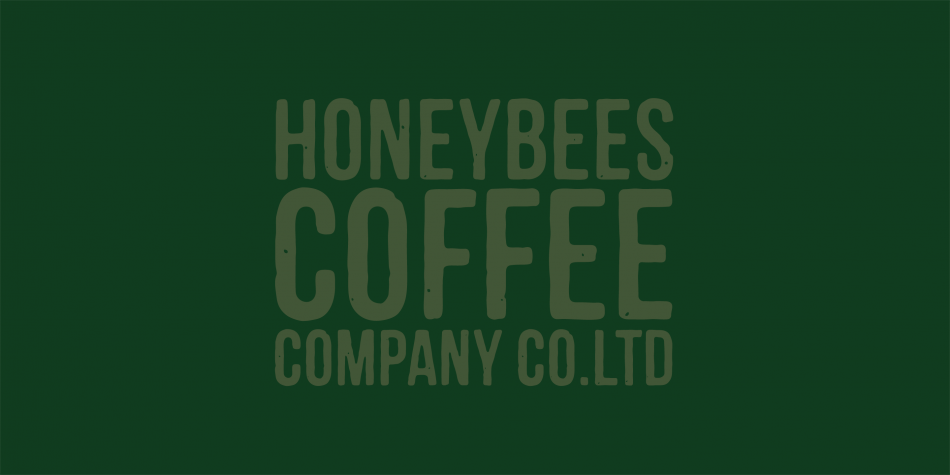 Mocha Mattari is a grunge font published by Dharma Type.

Macha Mattari is distressed font designed based on Bebas Neue released as a free font in 2010.

The Original Bebas Neue have an inordinate level of popularity and it is often used as a web font in recent years.

This Mocha Mattari was made by damaging the original and tweaked by hand work.
Basically, Mocha Mattari has not lowercases but alternative Uppercases.