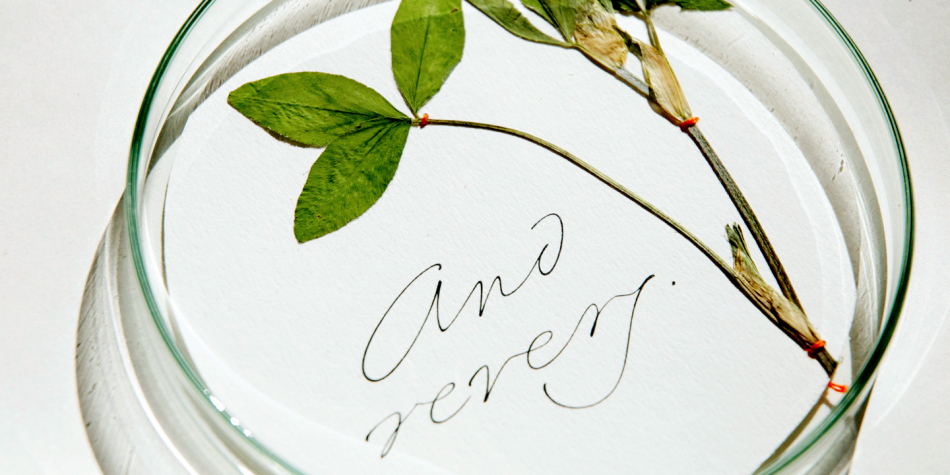 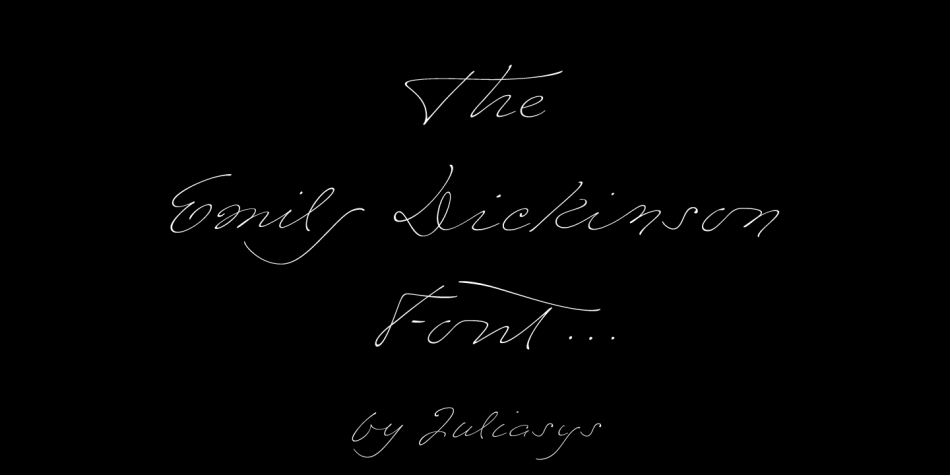 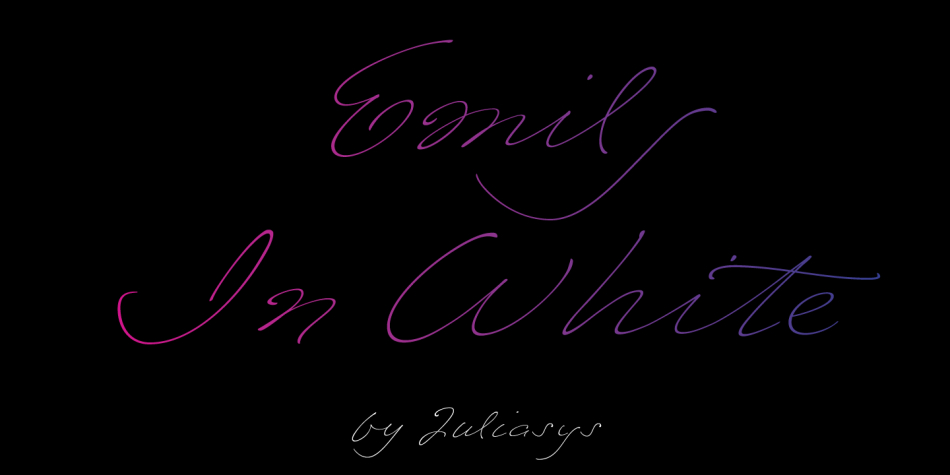 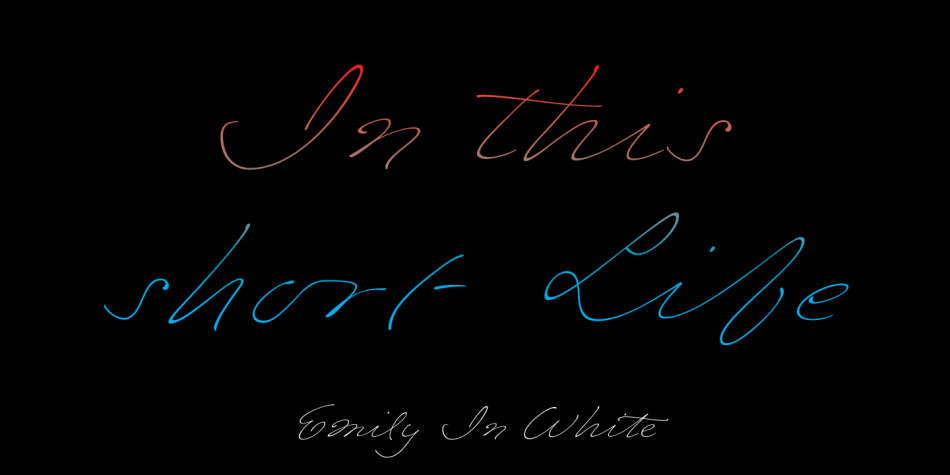 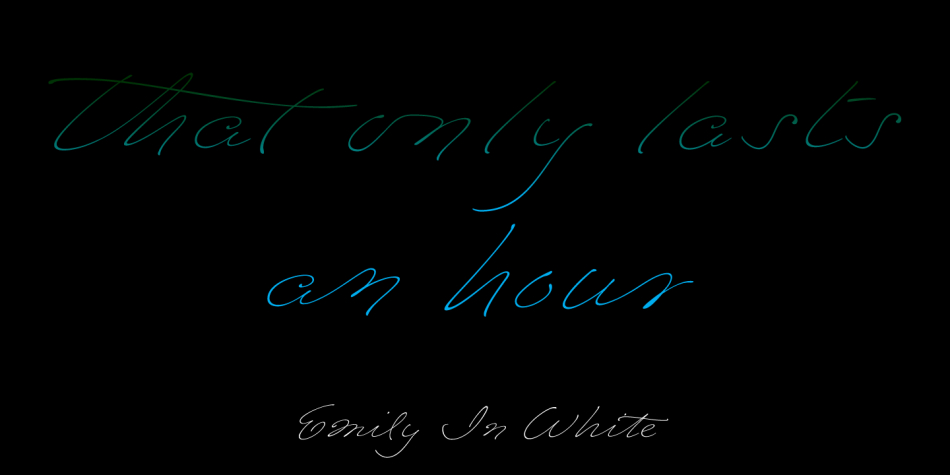 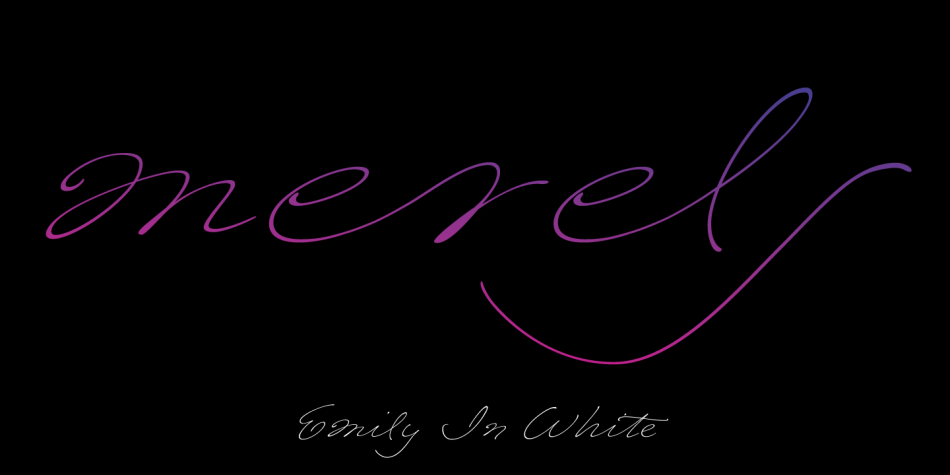 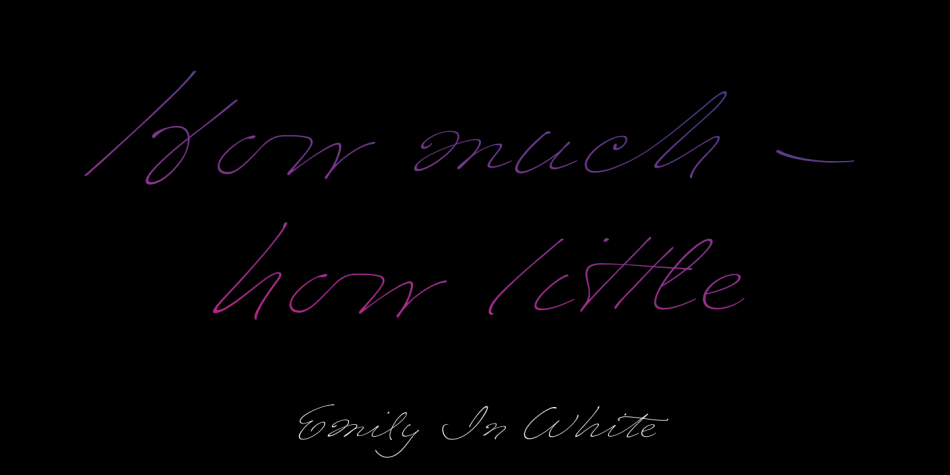 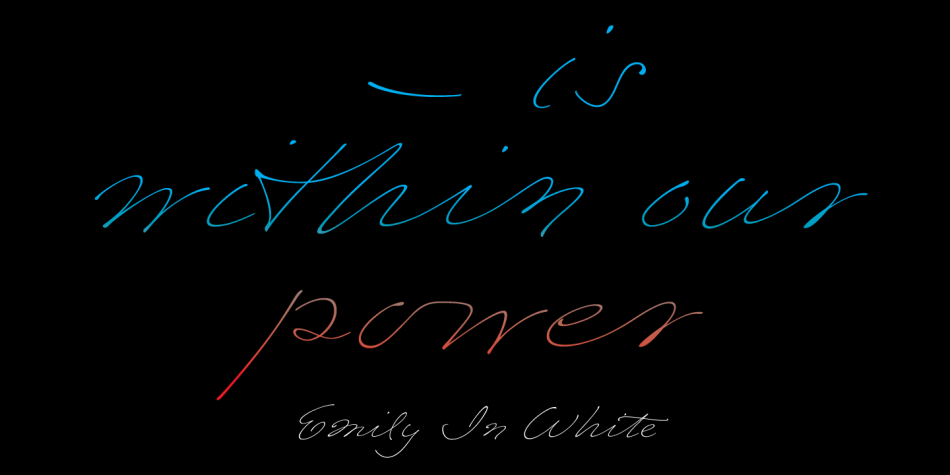 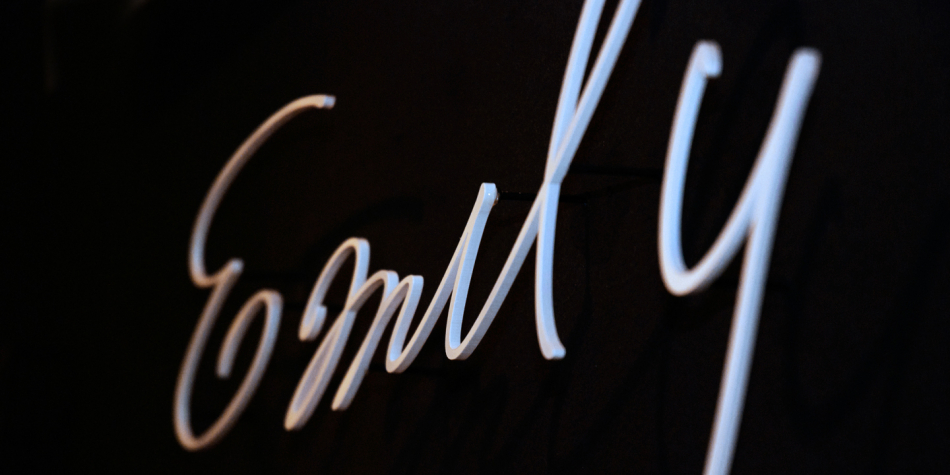 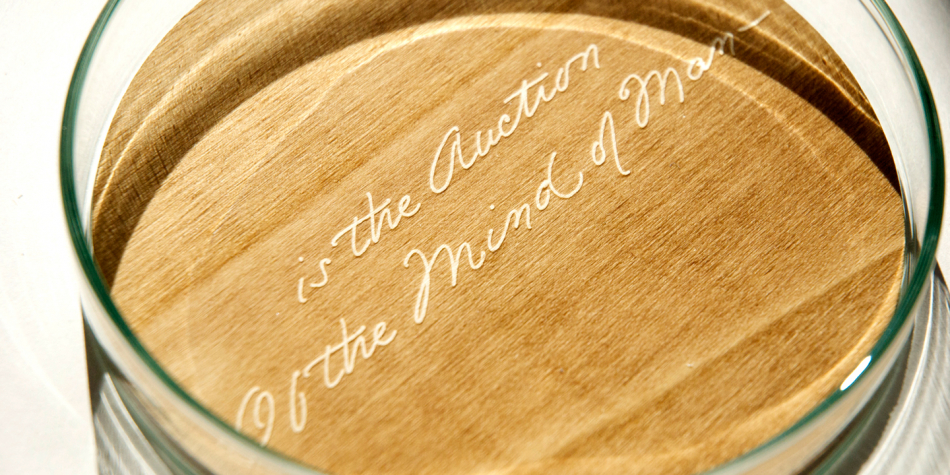 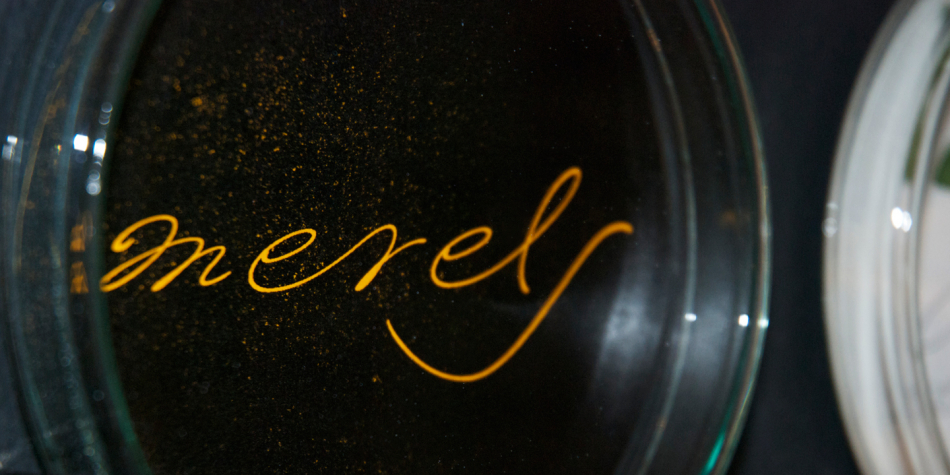 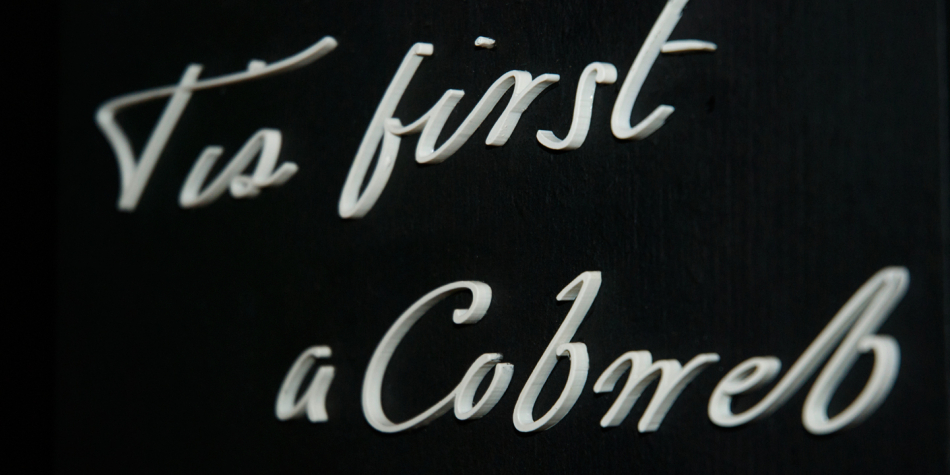 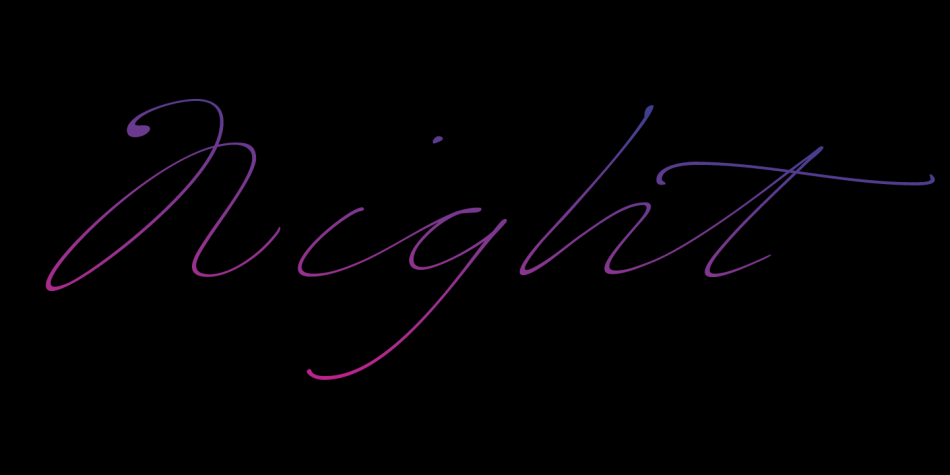 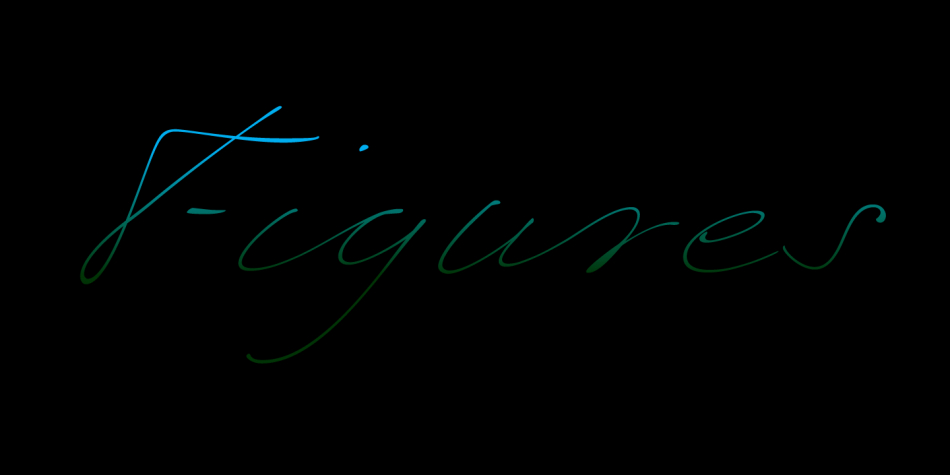 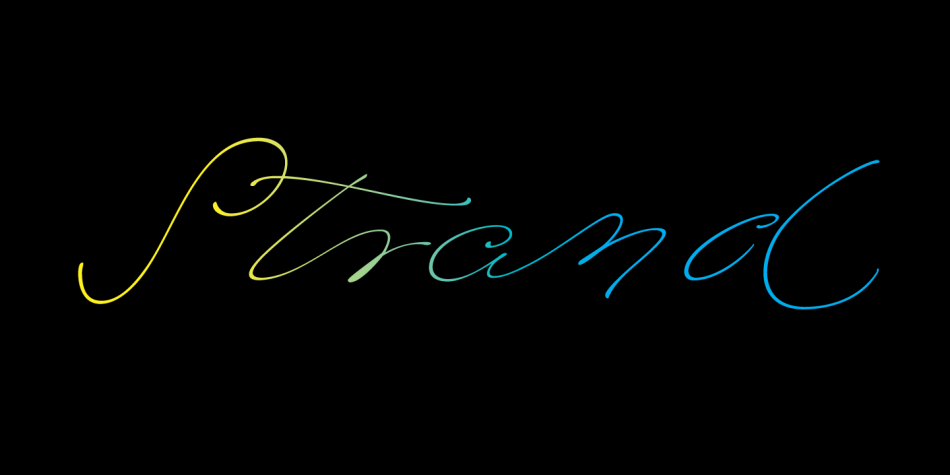 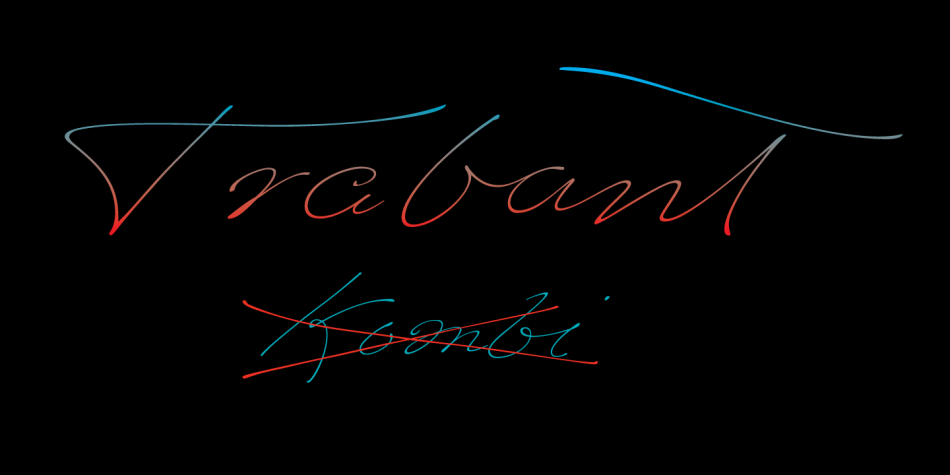 Emily In White is a dingbat and script font family. This typeface has six styles and was published by Juliasys.

Emily In White Swashes I 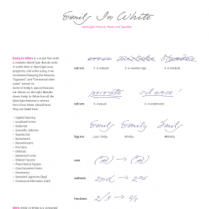 She did not live to experience her breakthrough as a poet, but today she is considered one of the pioneers of literary modernity – the American lyricist Emily Dickinson (1830–1886). She left behind a life’s work of manuscripts on scraps of paper, note pads and letters – and a last wish, that these were to be burned. Emily’s younger sister Lavinia did not fulfill her wish – and thus preserved the ingenious manuscript-objects for posterity.

For Julia Sysmäläinen, designer of the award winning Kafka type family “FF Mister K”, Dickinson’s manuscripts were an inspiration and a source for creating her new typeface “Emily In White”.

Emily In White – named after Emily Dickinson’s preference for white clothes – captures the most filigree letterforms of the poet’s multifaceted writing style. With hundreds of alternates and ligatures and a complex OpenType feature code it manages to revive the lively sequence of single and connected glyphs of a delicate handwriting which has been described as “breezing” and “reminding of bird tracks”.