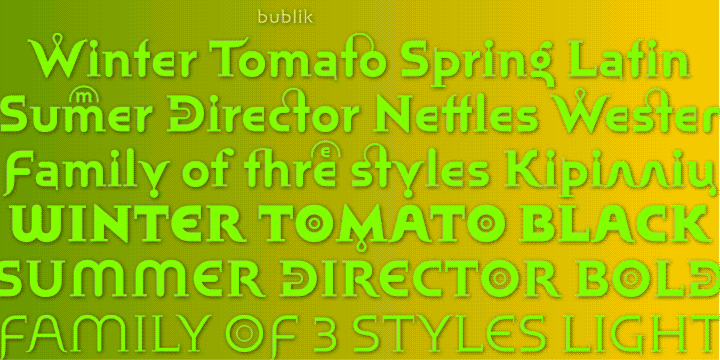 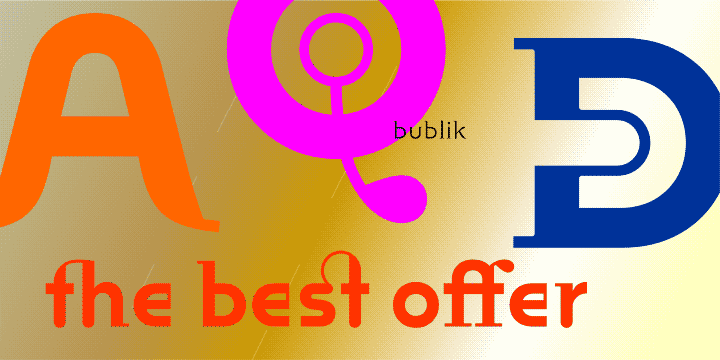 Designed by Oleg Karpinsky, Bublik is a display and arts and crafts font family. This typeface has three styles and was published by ParaType.

One weight of Bublik was designed in 2004 by Oleg Karpinsky exclusively for ParaType. The typeface belongs to the mixed stylistic group and combines features of sans serif and serif typefaces. Letterforms of capitals Н, У, Ч, as well as lower case щ were inspired by antique Russian typefaces. Lower case г with ascender and descender was often used in Cyrillic typefaces and scripts of XV-XVIII centuries, especially in skoropis (handwriting). For use in advertising and display typography. Bublik was selected by the jury of TDC2 2005 annual type design competition (New York, 2005). In 2008 the author added two weights (Bold and Black) and improved letterforms of some characters.