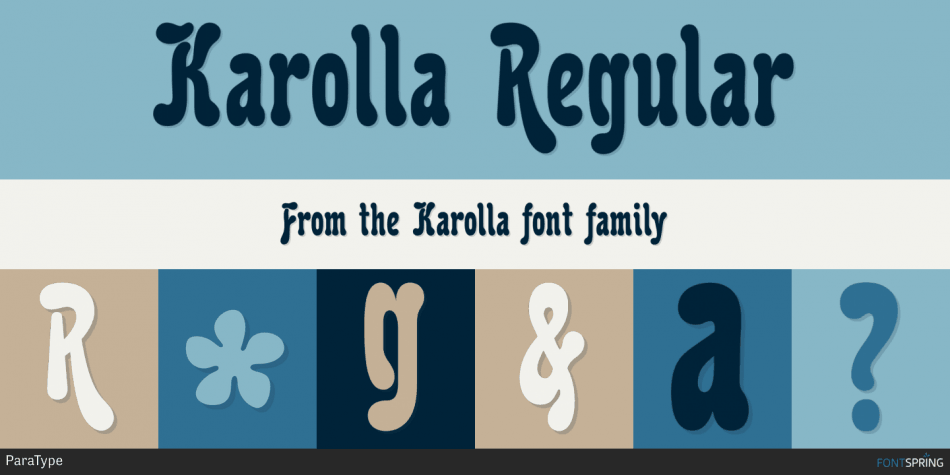 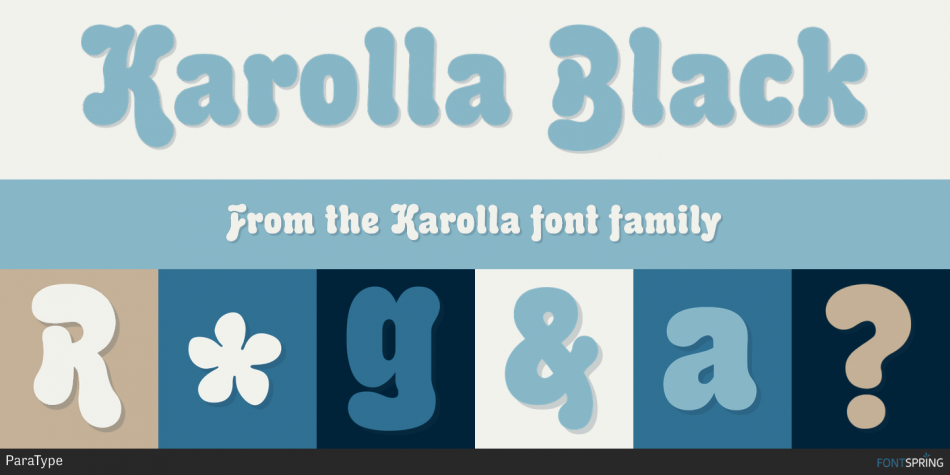 Designed by Tatiana Lyskova, Karolla is a retro font family. This typeface has two styles and was published by ParaType.

Designed at ParaType (ParaGraph) in 1994 by Tatiana Lyskova. Based on Karola Grotesk of H.Berthold and Bauer type foundries (early 20th century) and Boutique of Haas type foundry (Munchenshtein, Switzerland). Bold style based on Hercules of H.Berthold foundry (early 20th century) was added for ParaType by Manvel Shmavonyan in 2002. For use in advertising and display typography.