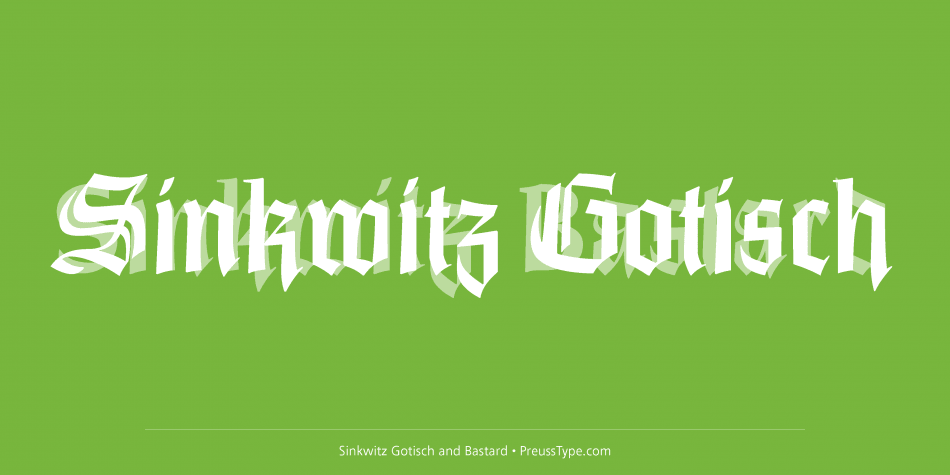 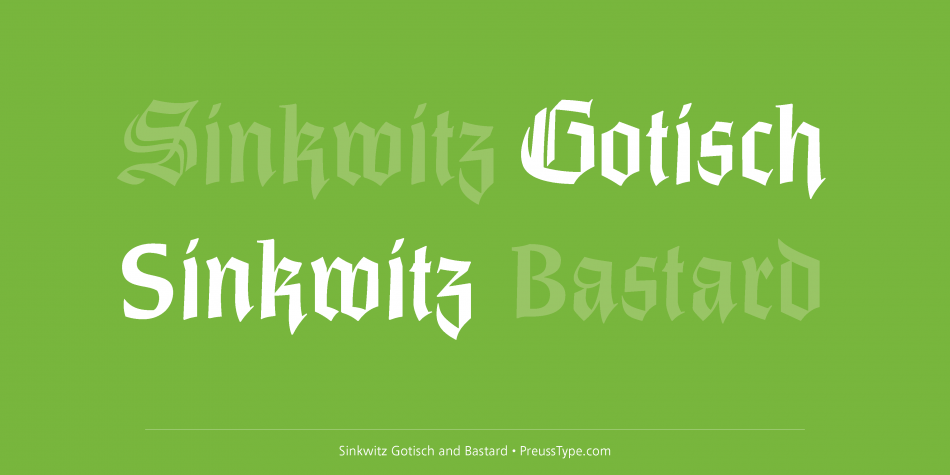 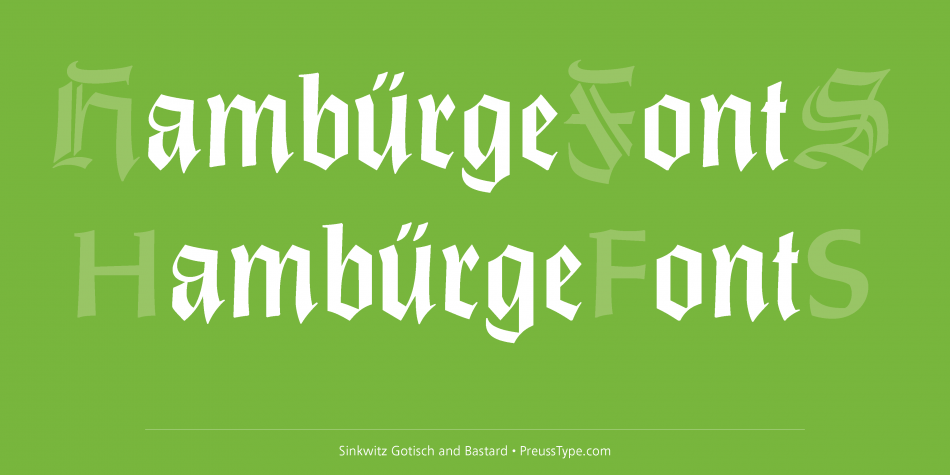 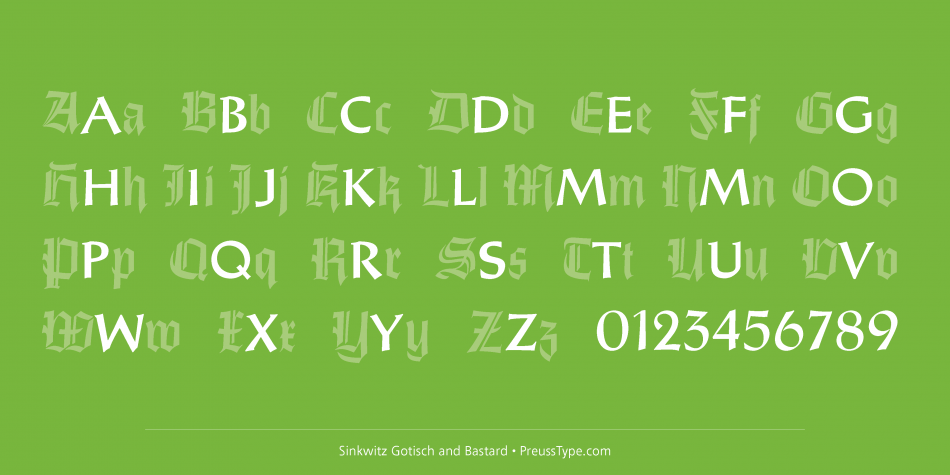 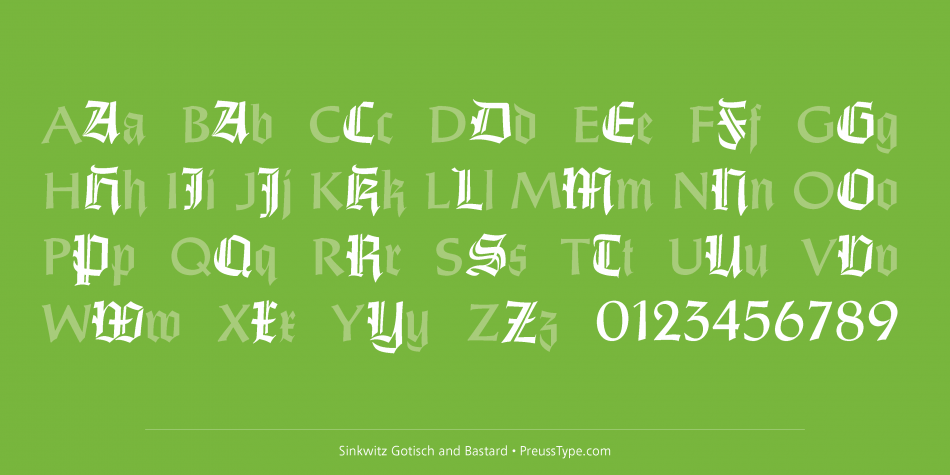 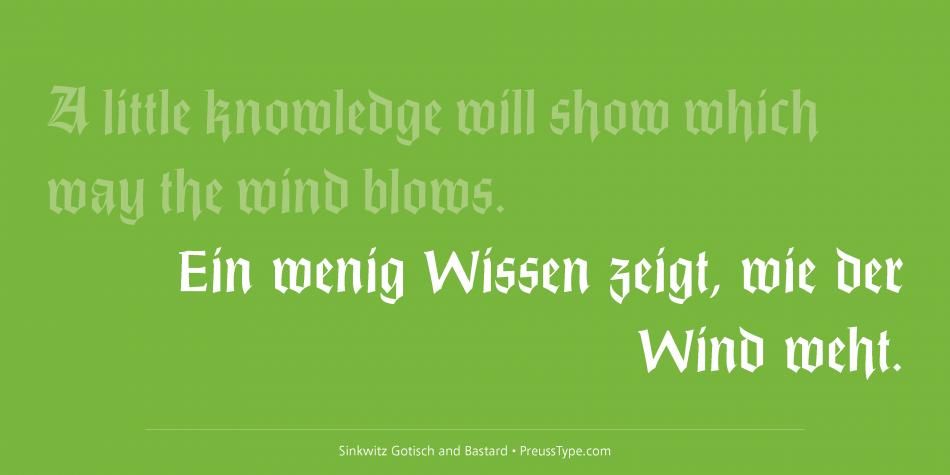 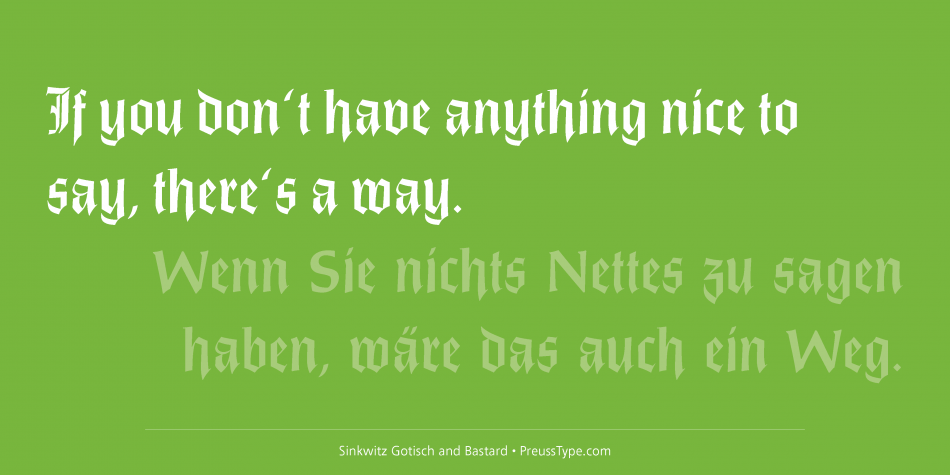 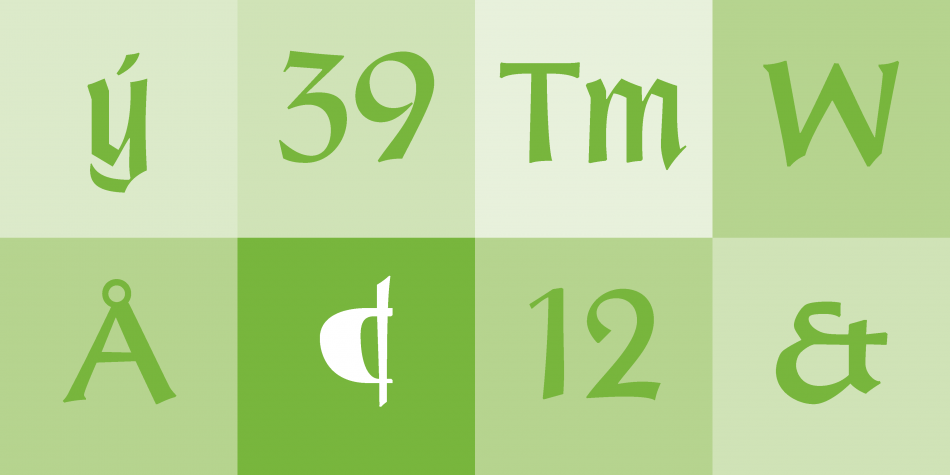 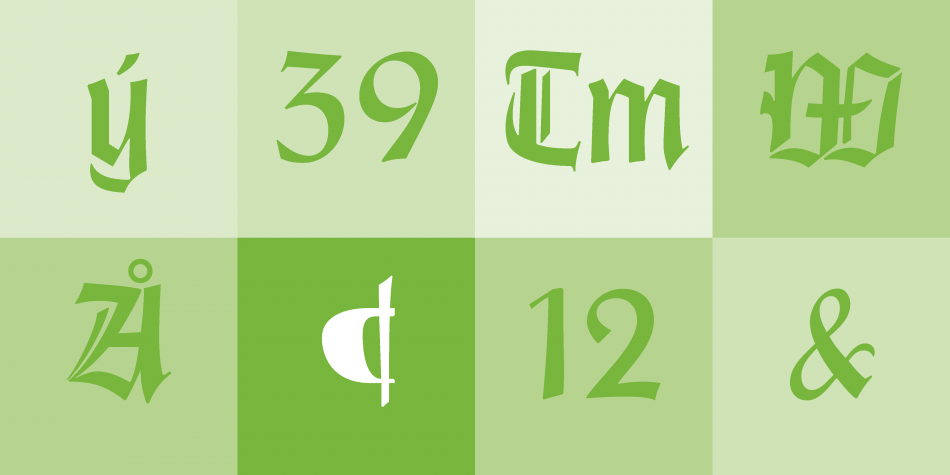 Designed by Paul Sinkwitz, Sinkwitz is a blackletter font family. This typeface has two styles and was published by preussTYPE. 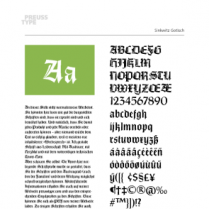 The Sinkwitz Gotisch was 1942 by AG Dresden font cast first cast and later supplied by the East German firm VEB Typoart. Paul Sinkwitz (1899-1981) has created them. This font displays not the characteristics of a chunky Gothic, which have influenced the image of national socialism. Paul Sinkwitz was a painter, graphic artist, wood engraver, was interested in religious topics, which he had presented in numerous graphics. But also his interpretation of his Gothic font is modern, without having the font this is ugly.

In addition to the Gotisch he created Roman Uppercase letters, which perfectly harmonize with the lowercase letters. This extra font is called Bastard. The digital version of Sinkwitz is a beneficial addition to a Gothic with calligraphic character and should be in any historically interested graphic design.