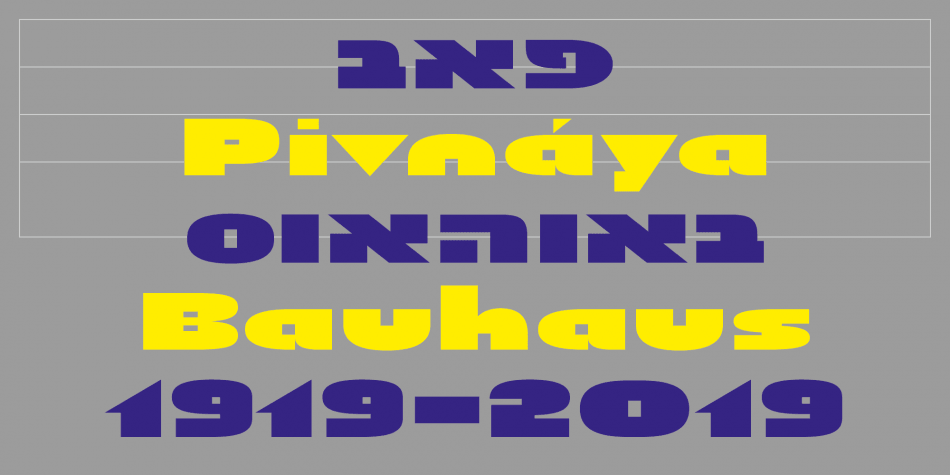 Pivnaya Hebrew is a display sans font published by RomanType.

This growing multilingual family by Roman Wilhelm was initially developed in the context of a poster for Czech designer and calligrapher Petra Dočekalová and her talk at Braunschweig University of Arts in April 2019. Being a Germany-based designer and educator, the 100th anniversary of Bauhaus has left its traces on Roman. What we sometimes forget is that 2019 is also the 100th anniversary of the Treaty of Versailles which not only ended the atrocities of World War 1, but also helped shape the Europe we know today. ‘Pivnaya’ (пивна́я) means ‘pub’ in Russian—this term was the result of a faulty Google translation (probably referring to German ‘Brauhaus’—brewery—maybe caused by a typo). This mistake has now turned into the name of this family. Bauhaus—what do we actually know about it? Is it a mere sound?