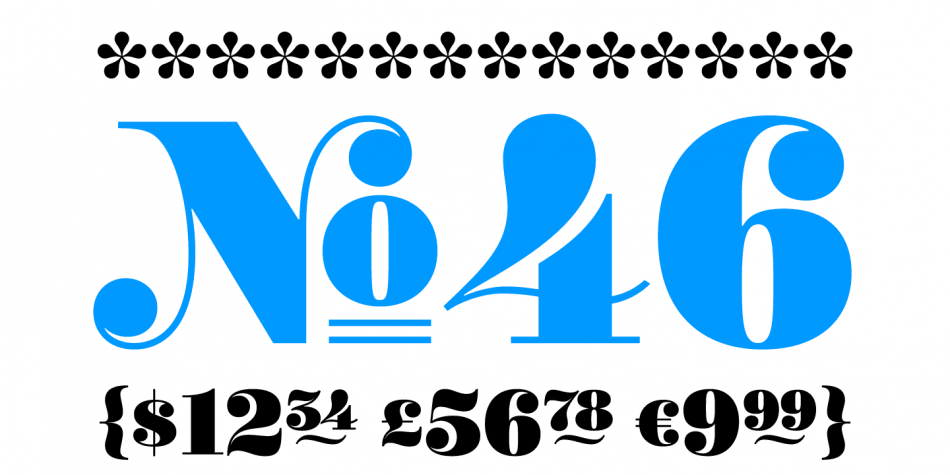 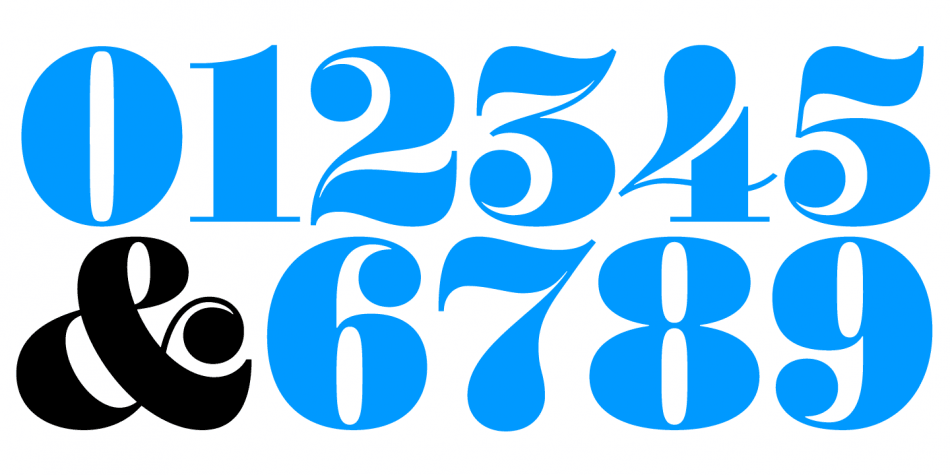 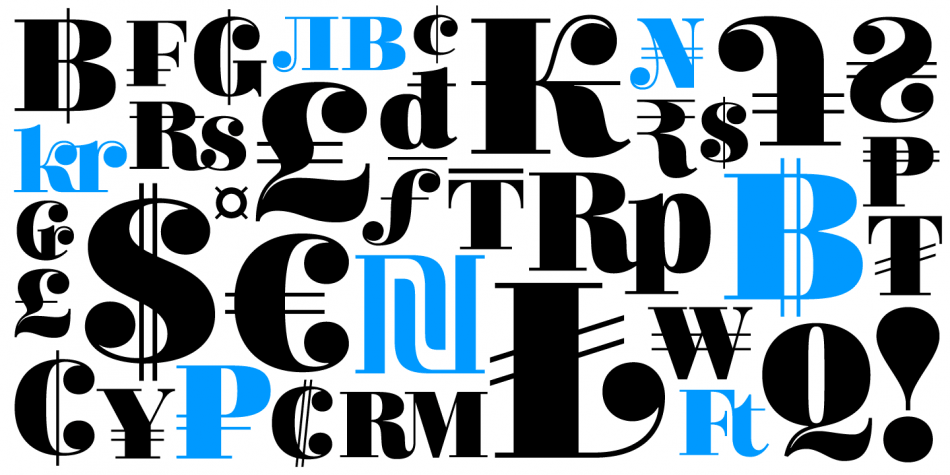 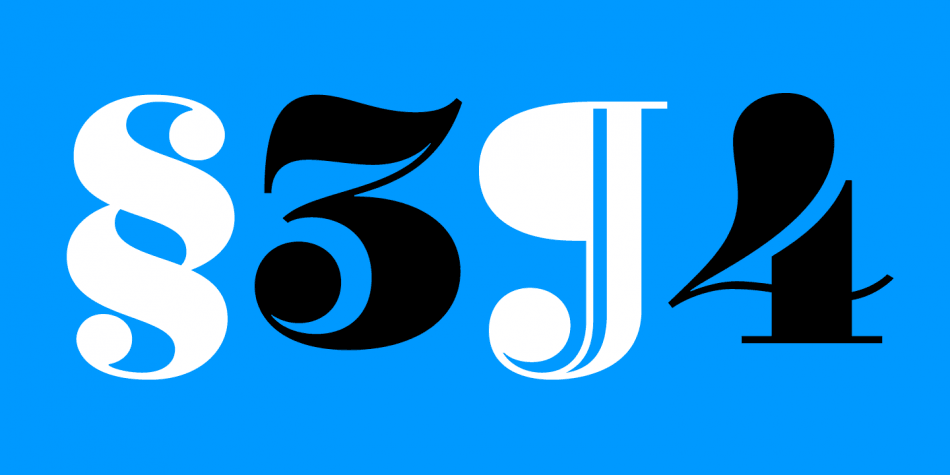 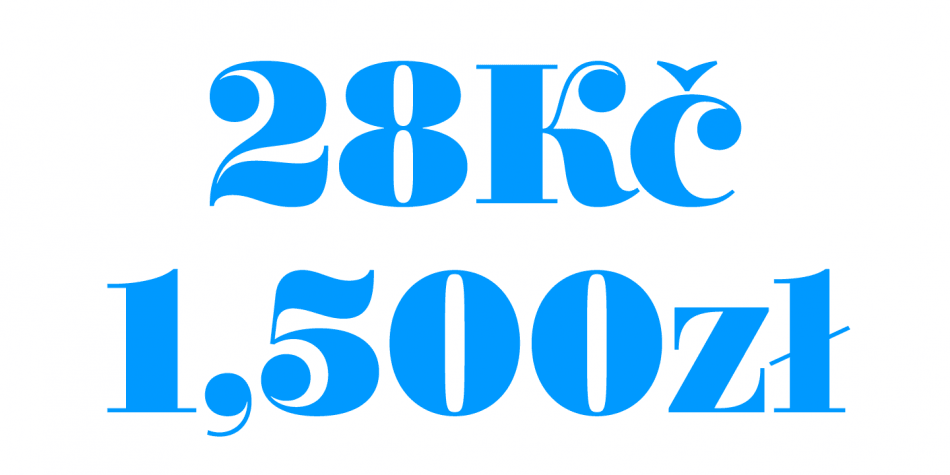 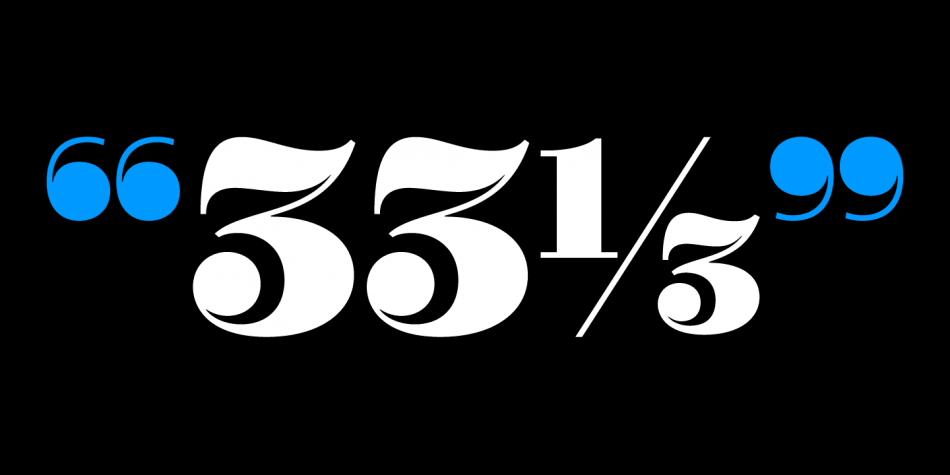 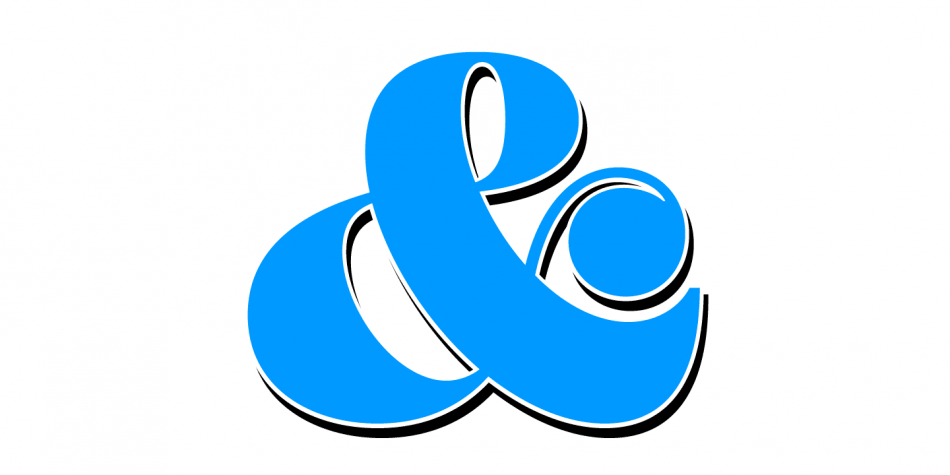 Price Didone is a dingbat and novelty font published by Schizotype Fonts.

Price Didone is a font with a singular purpose: The setting of elegant, stylish price tags. As such it is non-alphabetic, featuring instead numerals, a large array of currency symbols, and a smattering of typographic niceties such as quotes, brackets, pilcrow, daggers and a very sexy ampersand.
Certain currency symbols that are not independent glyphs (Q, Ft, kr etc.) are included as their constituent letters, some of which also have automatic ligatures for that little something extra. There are currency symbols included which have not (yet) been accepted to unicode, such as the Russian Ruble and Bitcoin symbols. For ease of access, these can be typed using the standard ligatures feature. See features below for the full list.
Features:
Automatic Fractions - with fractions feature engaged, arbitrary fractions are a doddle.
Stylistic Sets -
SS01 - an alternate look for 4
SS02 - a double stroked dollar symbol
SS03 - the # sign becomes a stylish numero
Stylistic Alternates - for software that doesn’t support stylistic sets, the above three features are grouped into the one SALT feature.
Standard Ligatures - certain typed combinations automatically change to different glyphs:
B|| = Bitcoin symbol
P- = Russian Ruble
RM = Malaysian Rimgit symbol
Rp = Indonesian Rupiah
Rs = Rupees
Ft = Hungarian Forint
kr = Kroner symbol
% off;%off;%ff = Schizotype’s special percent off ligature
Discretionary Ligatures - this feature sets decimal prices like $5.95 with the numerals after the period smaller and raised from the baseline, underlined by a nice swoosh. It also shrinks the dollar, sterling, and Euro symbols for a more authentic look.


While intended for one sole purpose, Price Didone could nevertheless be quite versatile. Quote marks and typographic symbols can be used for decoration. Everybody loves a nice ampersand and this is one I’m really proud of. Or you might just want some pretty numbers for your house, or sports jersey, or just to stand out a little from the rest of your text. Whatever use you may have in mind, go for it. And do let me know if your currency symbol isn’t included, and I’ll quickly add it to the glyph set in future versions.