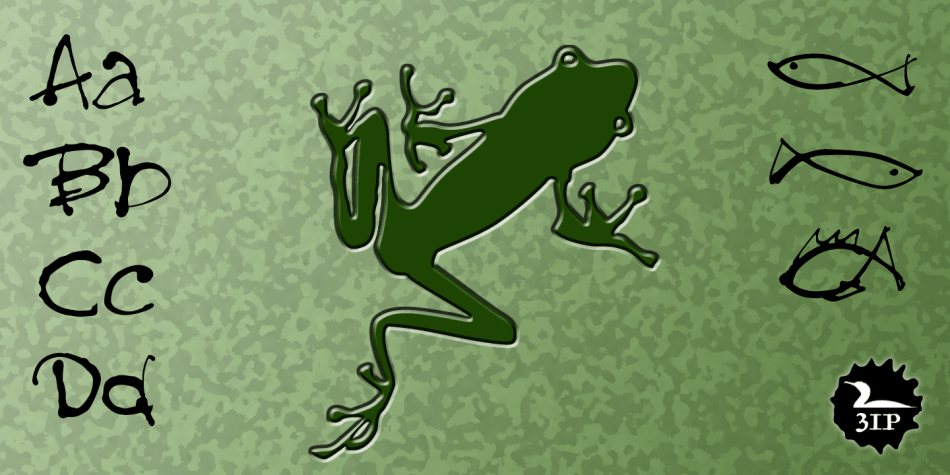 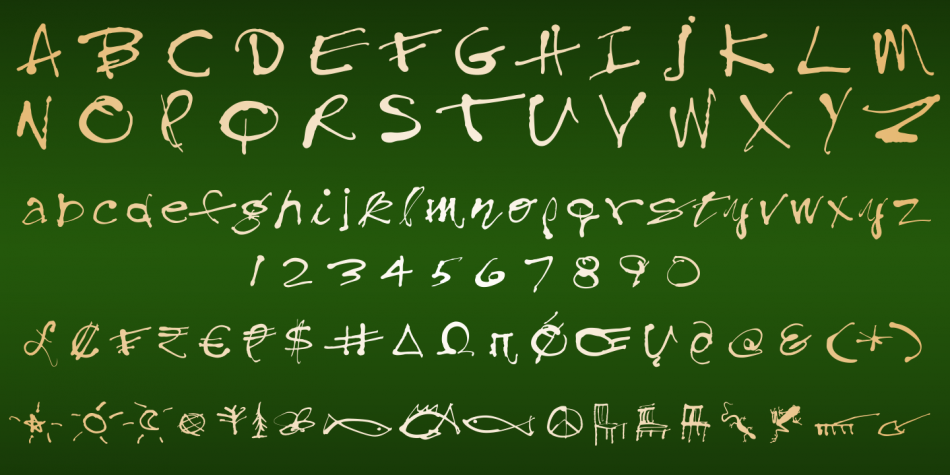 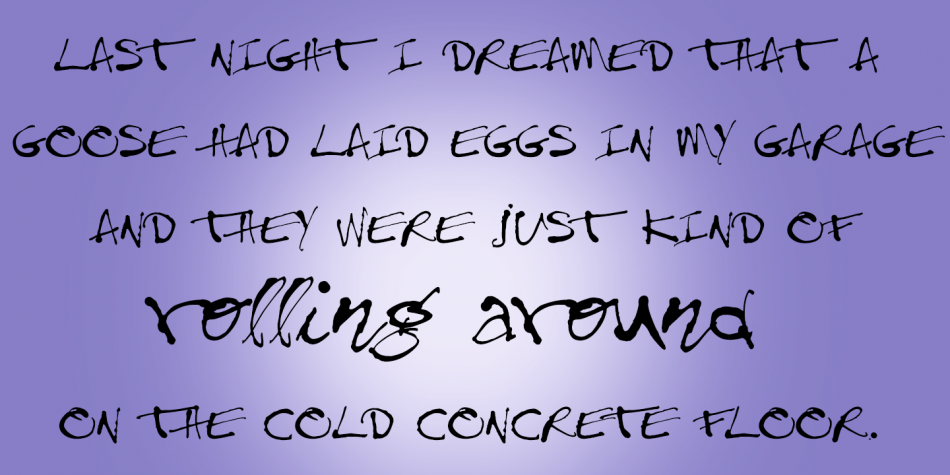 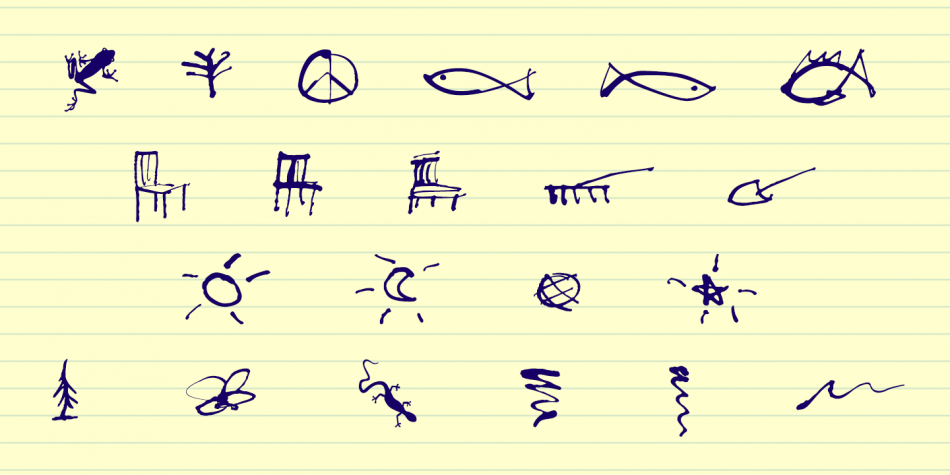 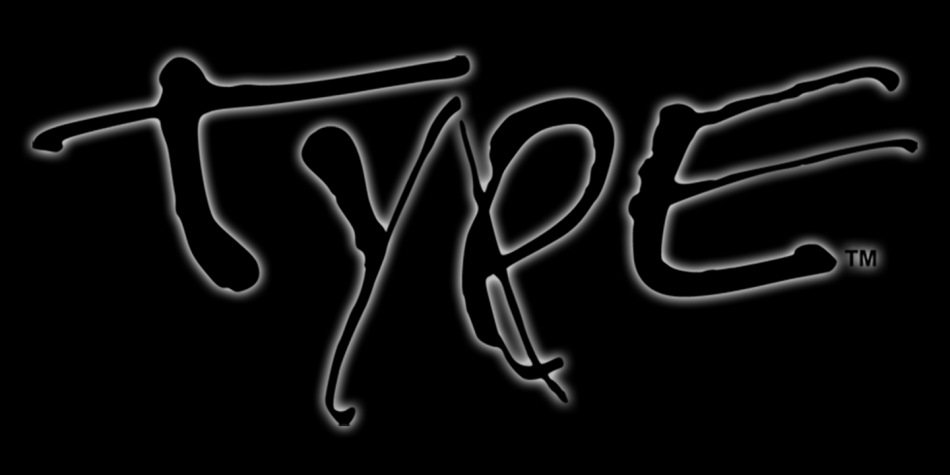 Treefrog is a grunge font published by Three Islands Press.

Once upon a time, a co-worker of mine sometimes used a particularly fanciful inkpen-style script in display-lettering situations. I liked it a lot. “Phil,” I says, “why not do the whole alphabet, maybe a few little pictures, and I’ll make a font.” Well, one day he presented me with a stack of posterboard. He’d done some letters, all right—hundreds of them. Somehow I managed to boil them all down into a typeface called Treefrog, a name that seems to match its organic jumble, its tall x-height, its left- and right-leaning stems, its thick and thin strokes. Comes with a ton of ornamental doodles—fish, chairs, rake and shovel, star, sun, and moon. OpenType features include Central/Eastern European alphabets, additional ligatures, and other features.