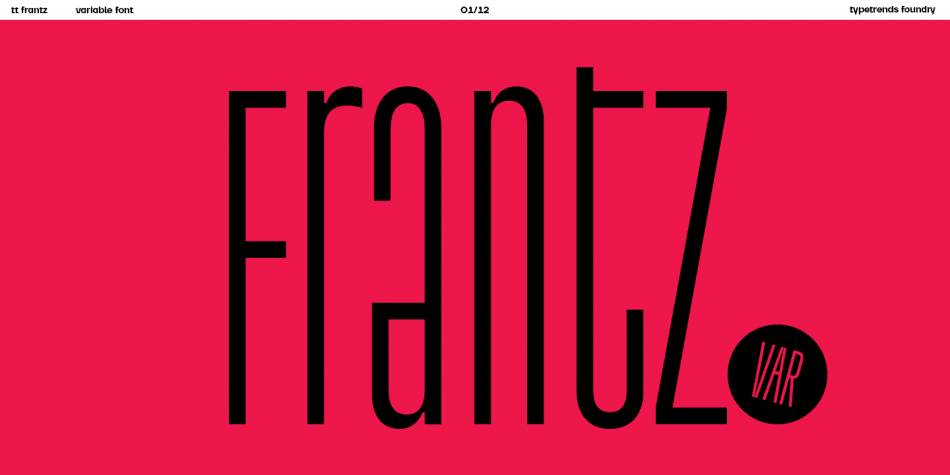 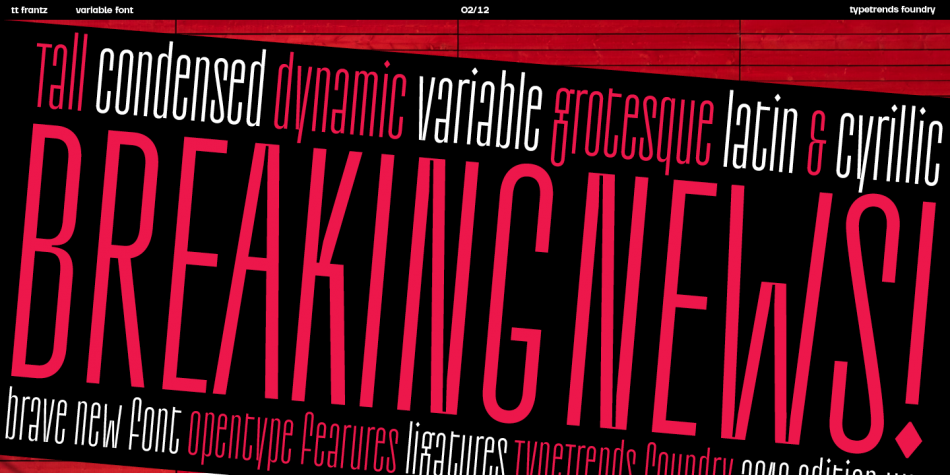 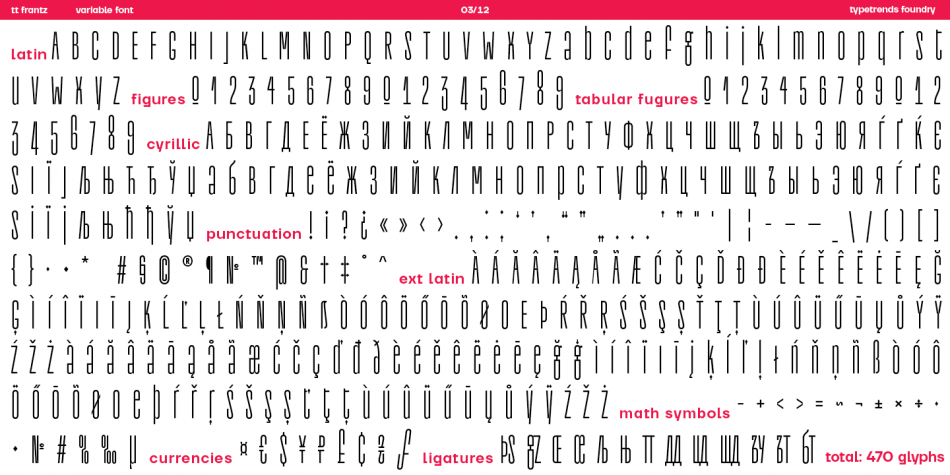 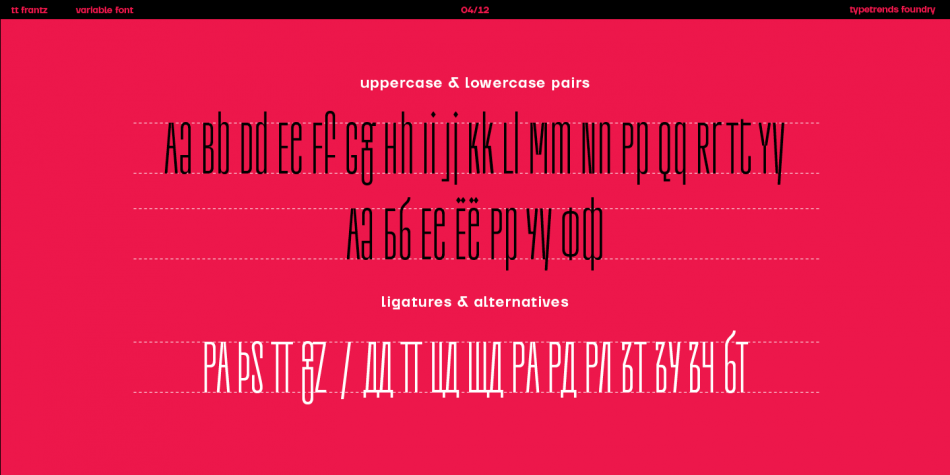 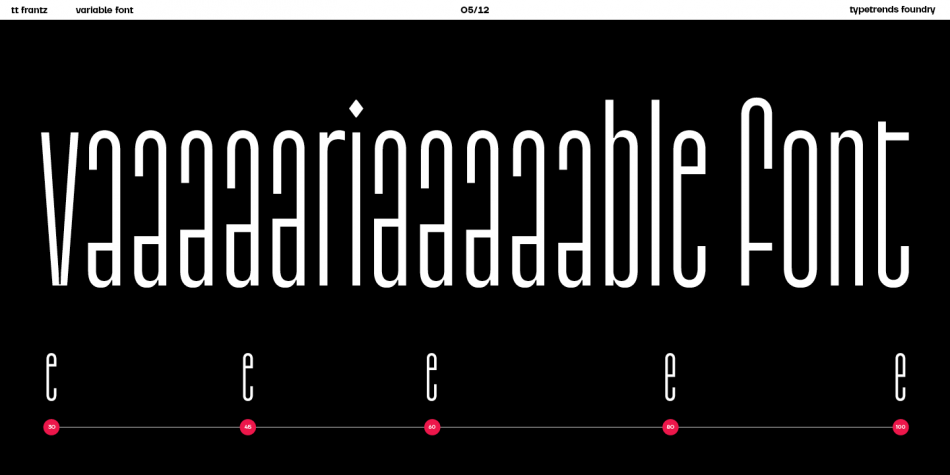 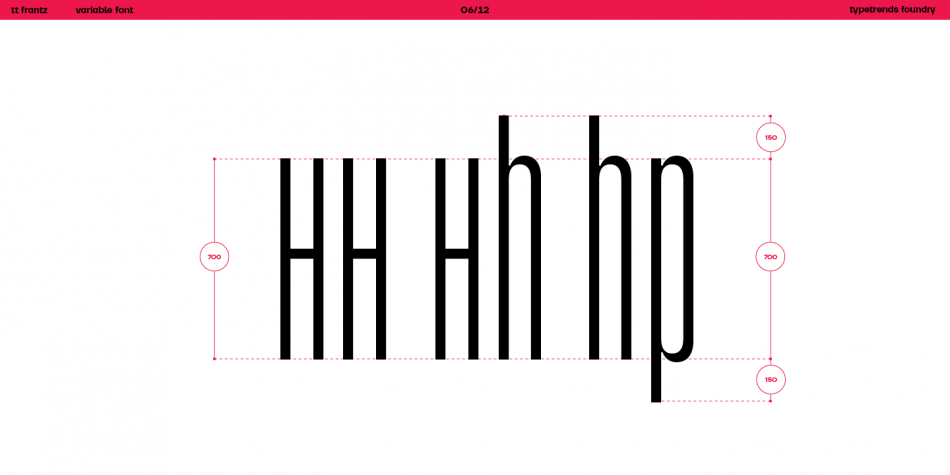 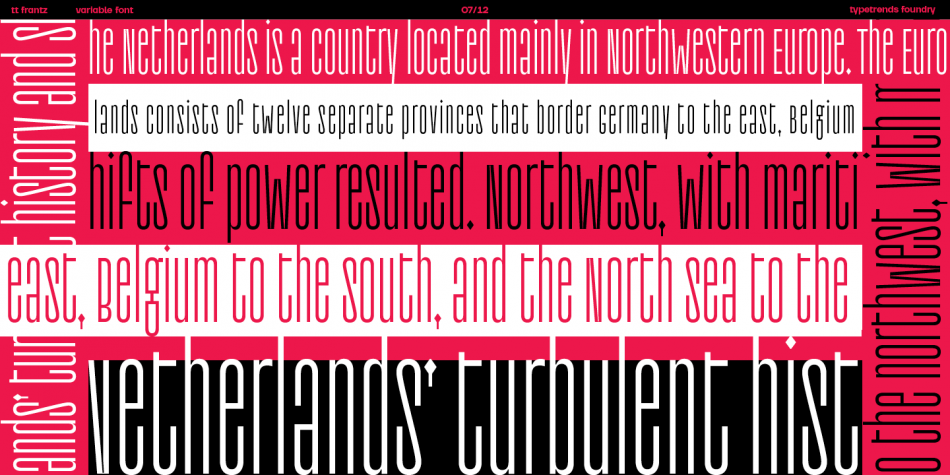 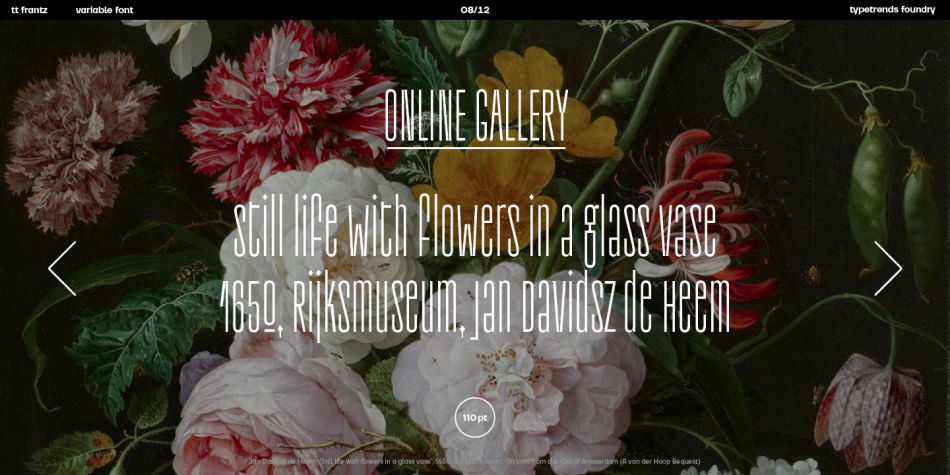 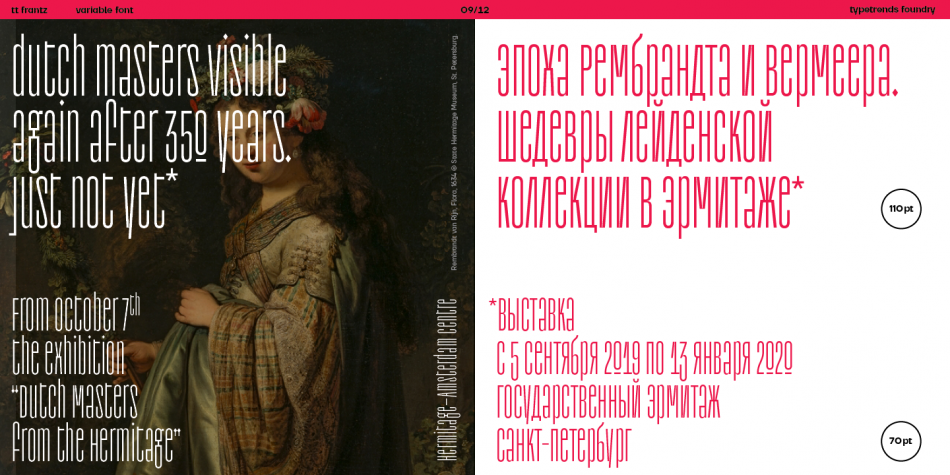 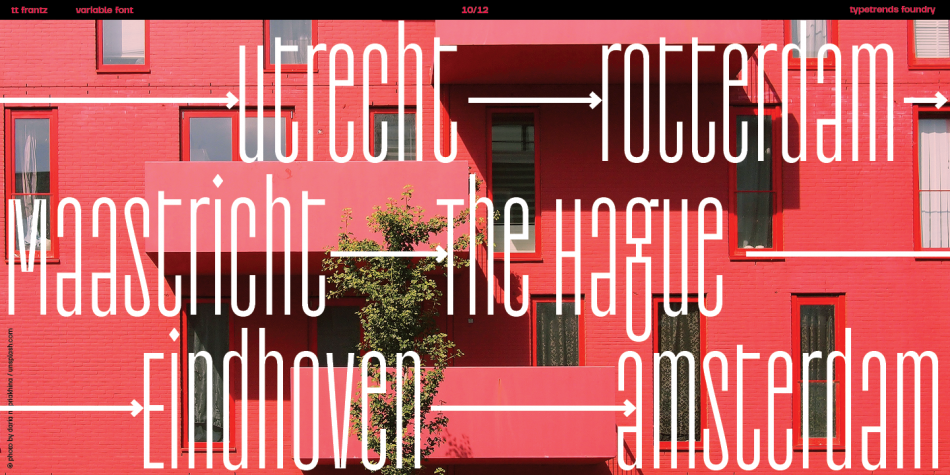 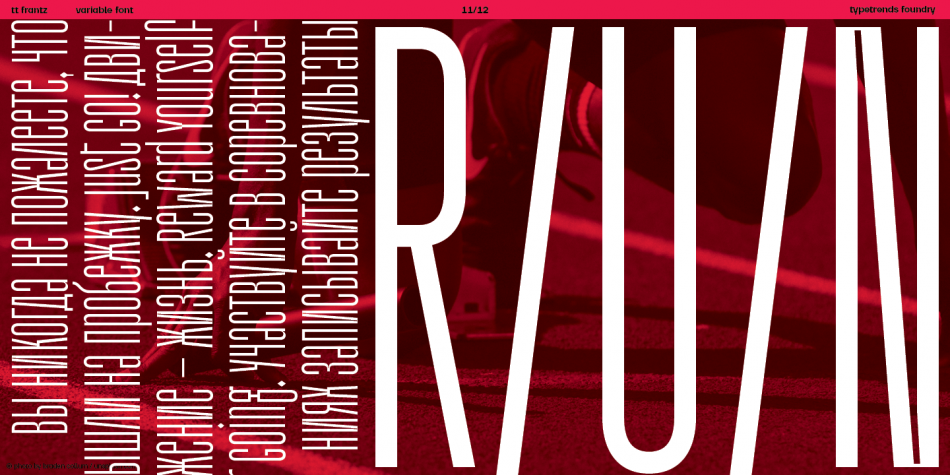 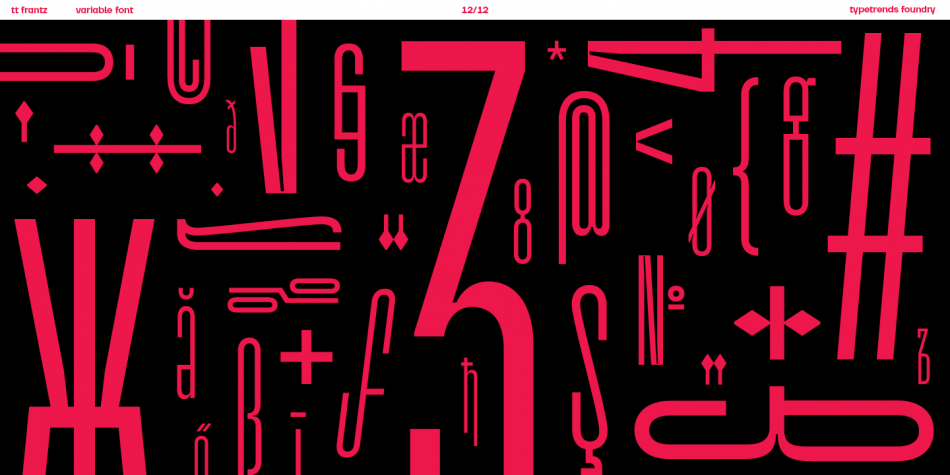 Designed by Vika Usmanova, TT Frantz is an art deco and display sans font family. This typeface has four styles and was published by TypeTrends.

A four font family. This contains every font in the TT Frantz Family.

TT Frantz is an experimental variable font, distinguished by its slimness and lightness. The variation in the font affects the change in the height of the mean line—by moving the axis adjustment slider you can easily raise or lower the mean line of the font.

In TT Frantz, you can find small references to the art deco aesthetics, which are expressed in significantly lowered or, conversely, heightened waist of the letters. In addition, depending on the position of the axis adjustment slider, the closedness of the aperture changes for some letters.

In order to preserve the main feature of the font—the change in the height of the main line—we made lowercase characters as tall as uppercase ones, but at the same time we kept small kerns. An interesting fact is that in Cyrillic letters з с а е, the variability of the aperture follows a different scenario in comparison with their Latin sisters.

When working on TT Frantz, we tried to make it so that when changing the variability, the width of the characters would not change, and the font would remain uniwidth. And in order to avoid holes in the set, we made contextual alternates and several ligatures.

Frantz consists of 470 glyphs, and in addition to broad language support (Latin and Cyrillic) it can offer standard and old-style figures, including their tabular versions, as well as ligatures.

An important clarification regarding variable fonts. At the moment, not all graphic editors, programs and browsers support variable fonts. You can check the status of support for the variability of your software here: v-fonts.com/support/

But do not despair—even if you do not have access to the necessary software, you still have the opportunity to use TT Frantz in your projects. Especially for you, we have prepared three separate non-variable styles (Frantz A, Frantz B, Frantz C), each of which is responsible for a certain location of the mean line of the font and where this line is already fixed in a certain position (high, medium and low).