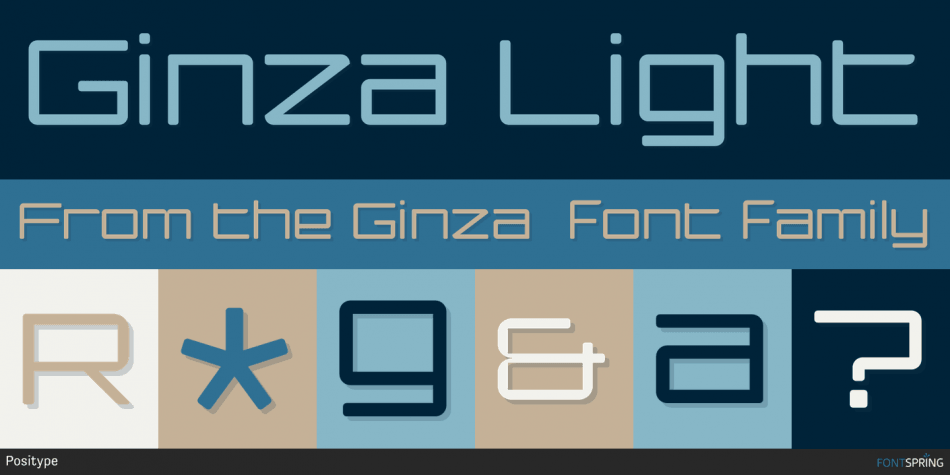 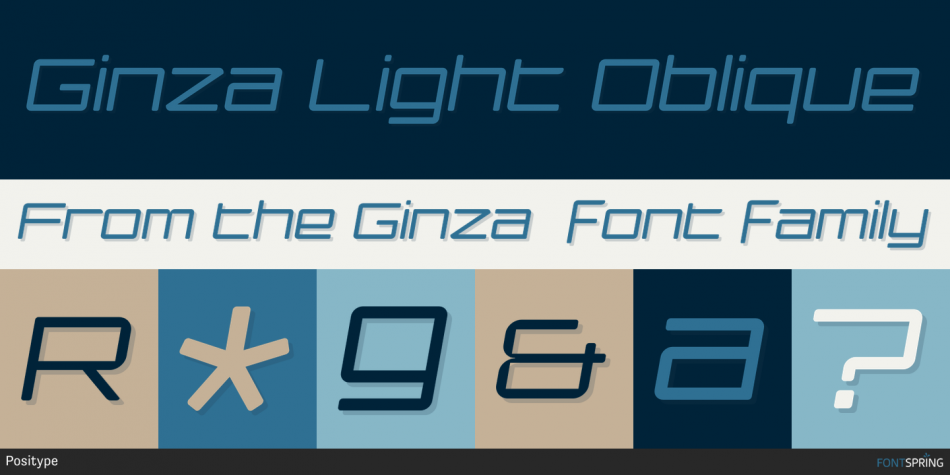 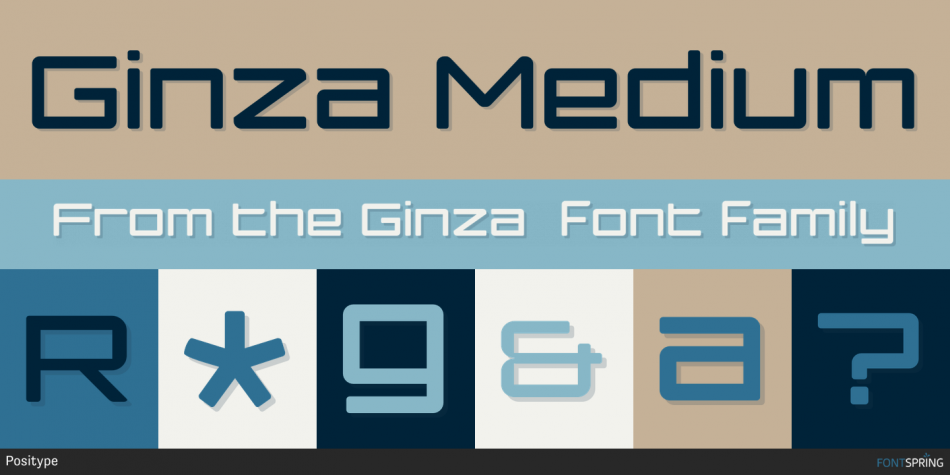 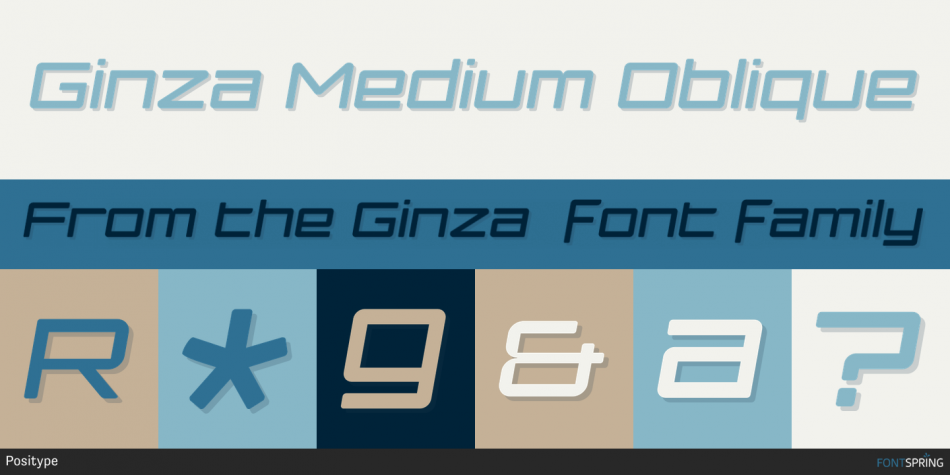 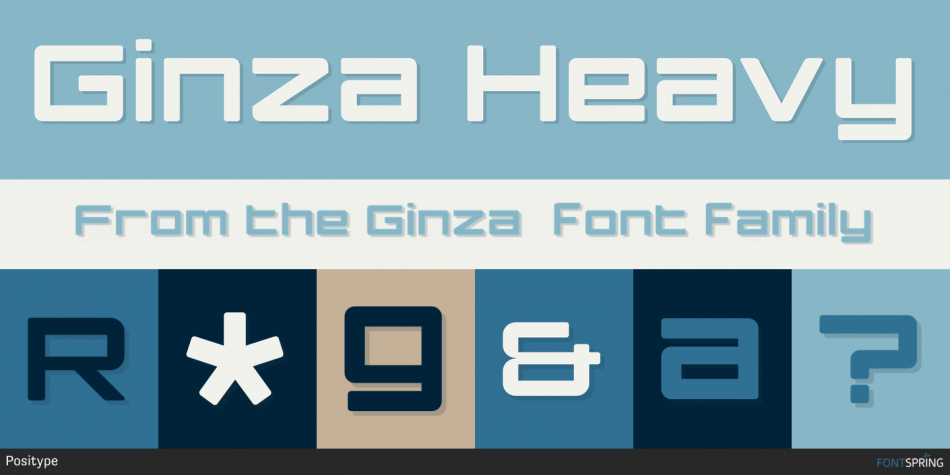 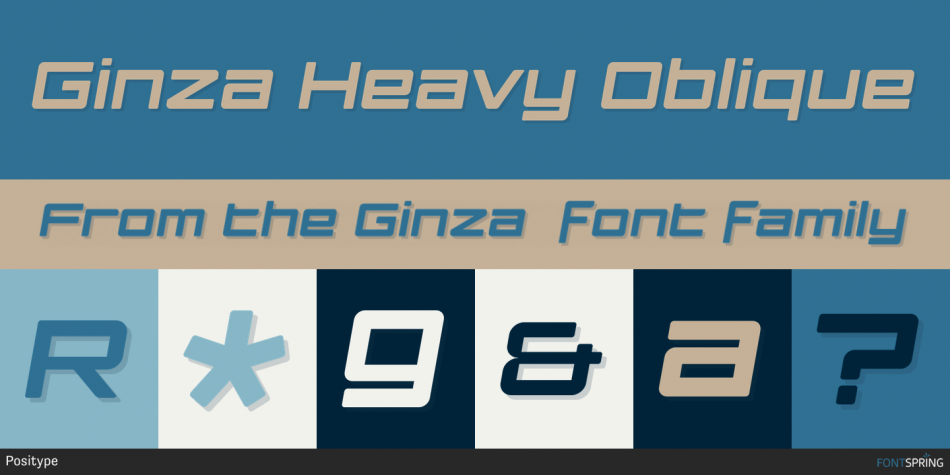 Designed by Neil Summerour, Ginza is a display sans font family. This typeface has six styles and was published by Positype.

A six font family. This contains every font in the Ginza Family.

Sometimes you get an idea stuck in your head and the only way to get rid of that demon is to put something down on paper. A year later the doodles became a skeleton, and then the skeleton had a body, then the body had a name, then the name got a personality.

What was left was a clean set of ten fonts that encompass a very simple skeleton with a lot of visual appeal. During the process, I saw ways to expand the typeface’s display capabilities by producing inline styles as well as a down-and-dirty rough set.

Each font has a full set of glyphs that include Central European and Small Cap characters.