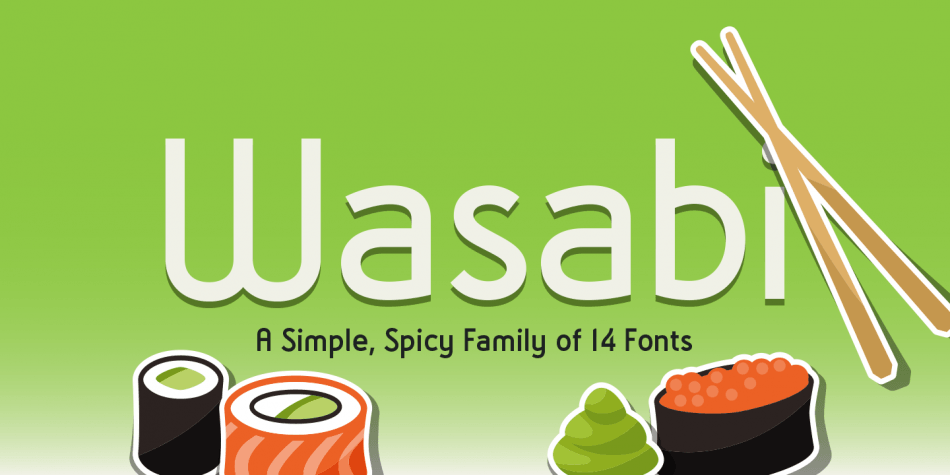 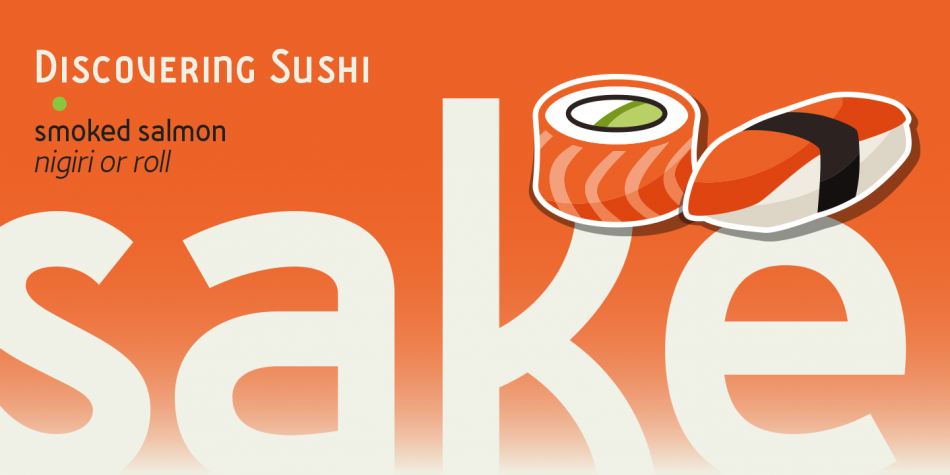 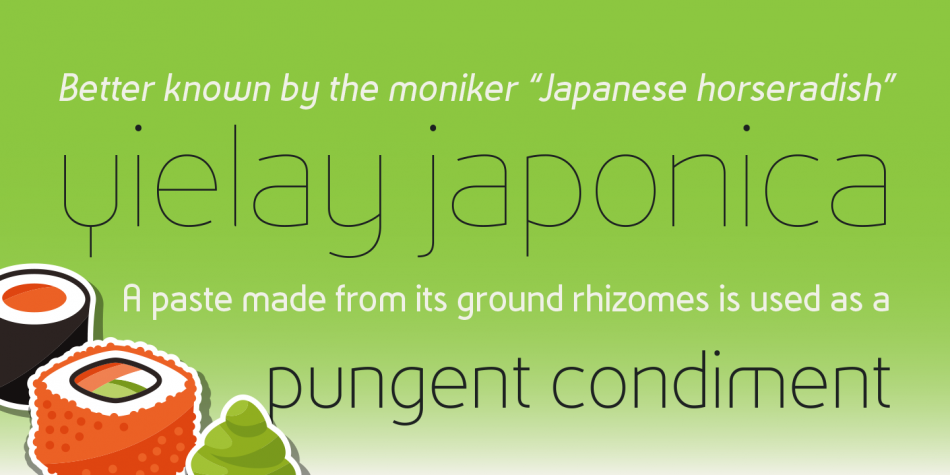 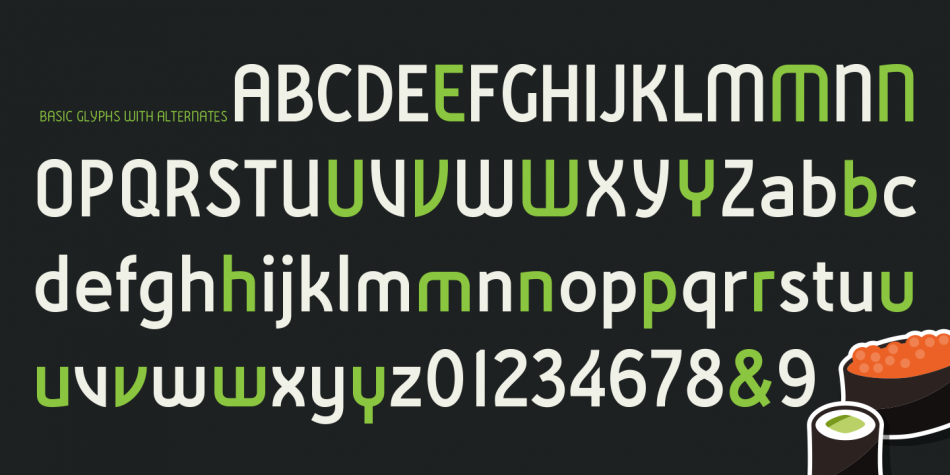 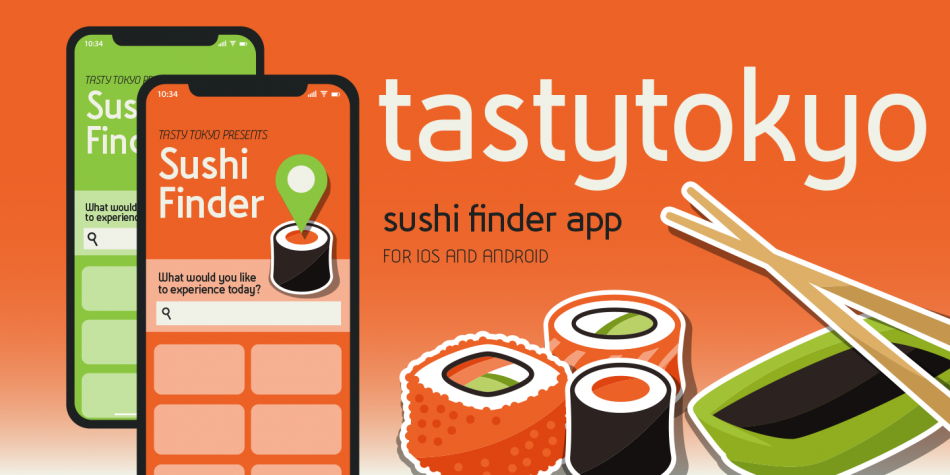 Wasabi is a sans serif font family. This typeface has twelve styles and was published by Positype.

Wasabi is the re-imagining of my very first release, Iru. Like Iru, Wasabi was heavily influenced by the monument lettering style, Vermarco.

The simple, geometric forms allowed for small lettering sizes to be sandblasted cleanly and has been a monument lettering workhorse for decades…the only issue centered around the lack of a lowercase or any other letters beyond the 26 uppercase glyphs and the numerals. Wasabi solves this with the same simple, efficient line reminiscent of the old Vermarco while bringing it into the 21st century. Visual and optical incongruities of the original uppercase were replaced with new interpretations for the capital letters, a new lowercase and small caps was produced and the original single weight alphabet was replaced with six new weights.
Wasabi has several ‘lighter’ weights primarily because the thin lines and simple transitions produce very elegant relationships…and I wanted to make sure those relationships could be explored regardless of the scale of letter. Stylistic Alternates show up through the upper, lowercase and small cap glyphs that attempt to simplify these shapes even more when the opportunity arises.

Another interesting element to Wasabi is its small caps. The height of the small caps is equivalent to the x-height of the lowercase…mixed with the monolinear nature of the glyphs, you can produce some truly unique combinations for titling and headlines.

Wasabi is as much a utilitarian typeface as it is a headline face. This realization led to the decision to produce a companion Condensed version shortly after the initial regular weights were developed and tested; so, try them all!