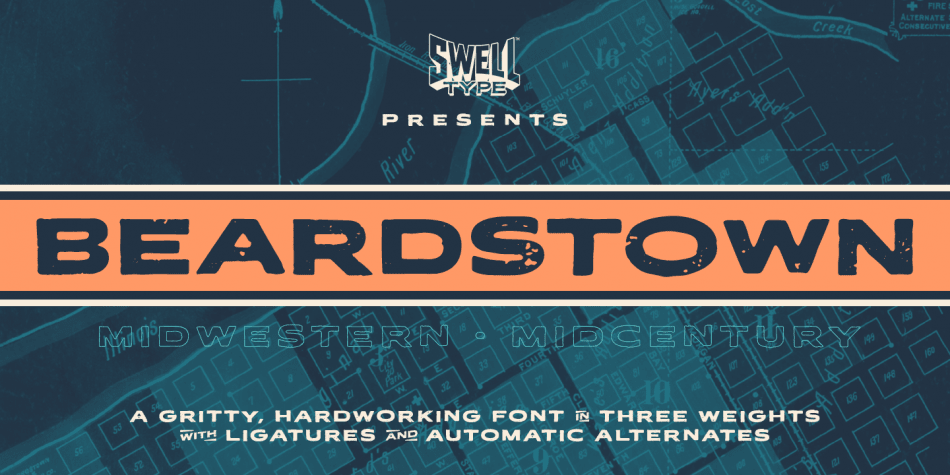 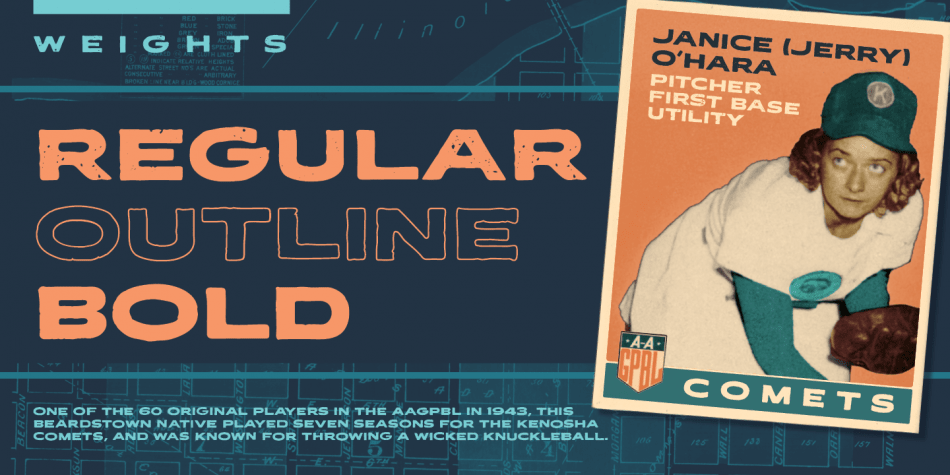 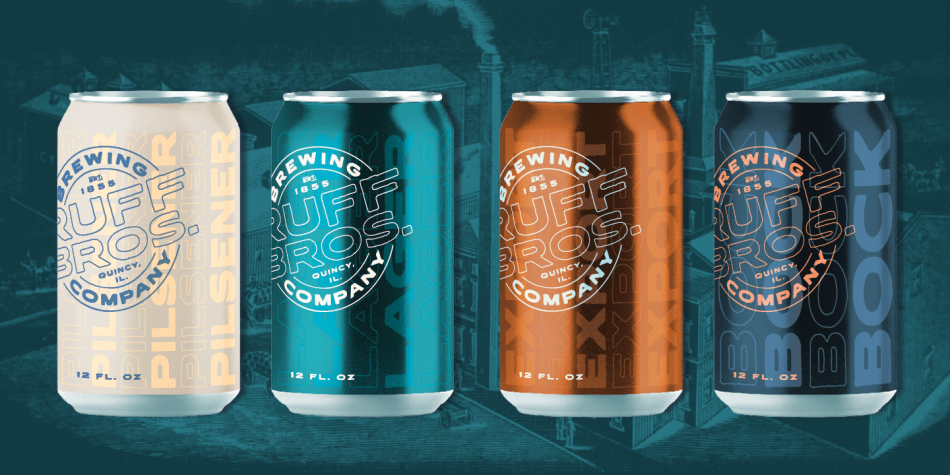 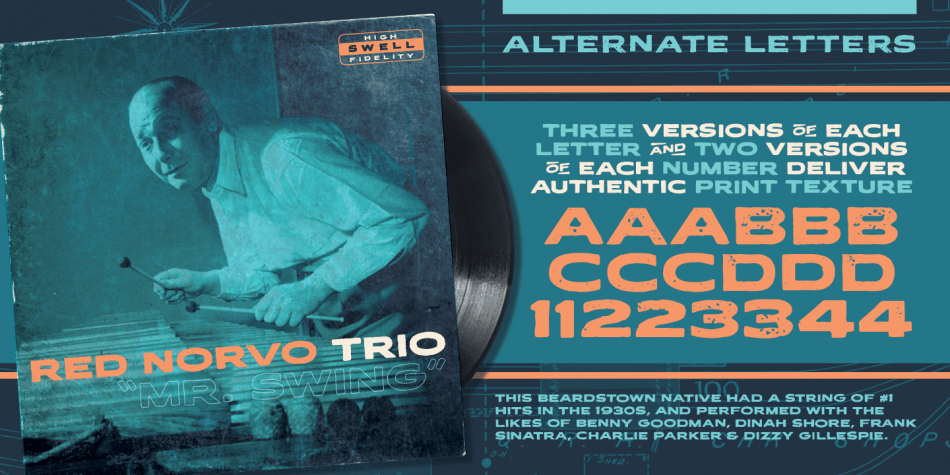 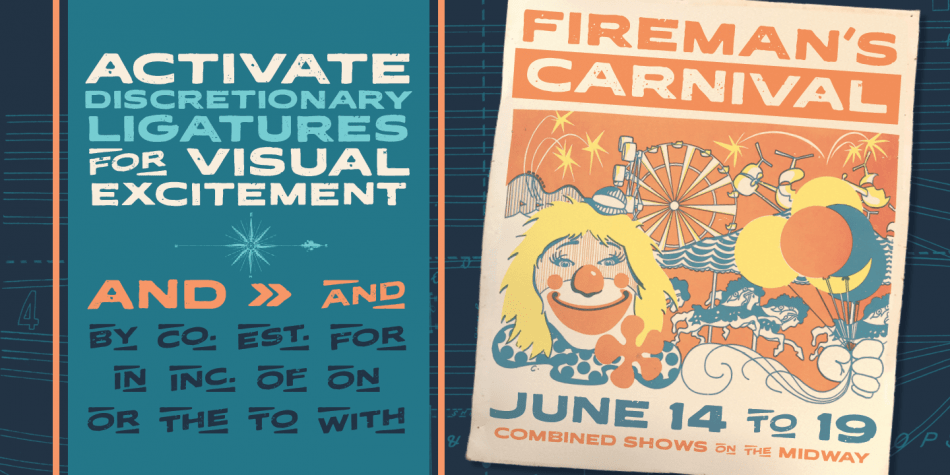 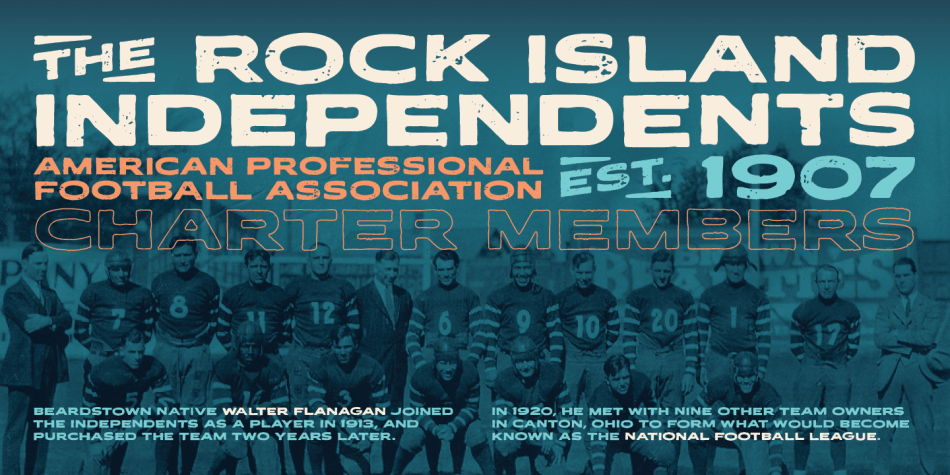 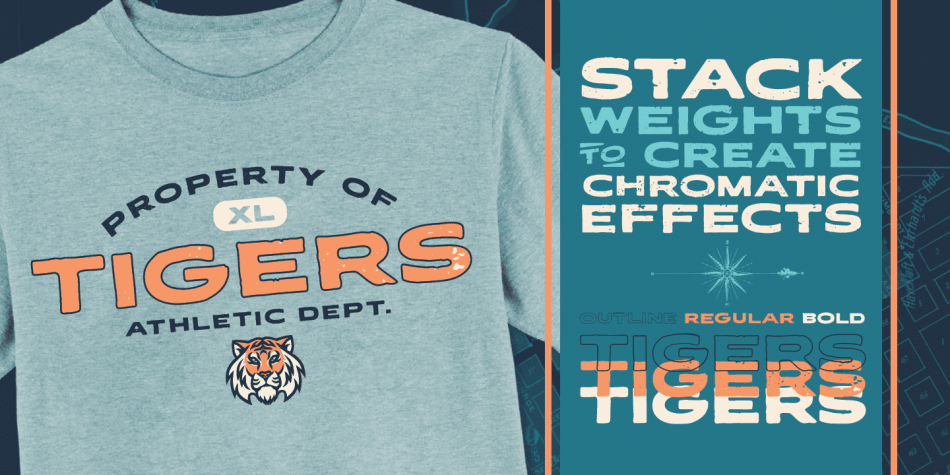 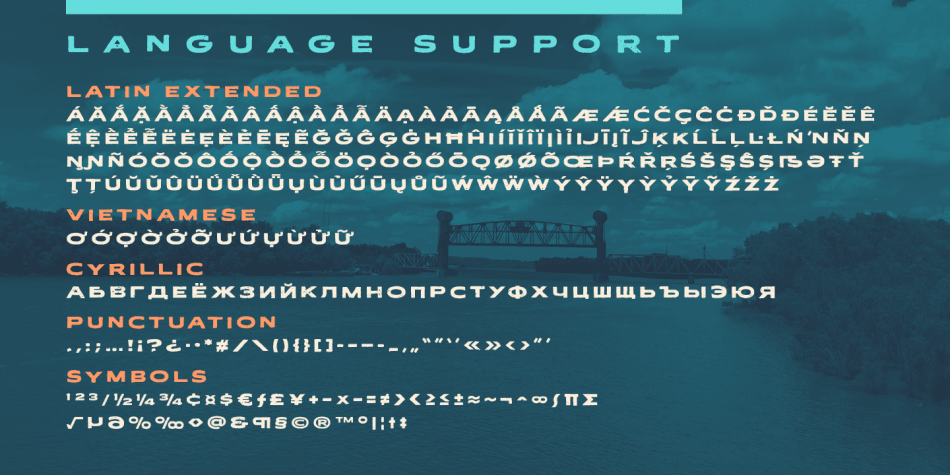 Designed by John Roshell, Beardstown is a display sans, grunge and retro font family. This typeface has three styles and was published by Swell Type. 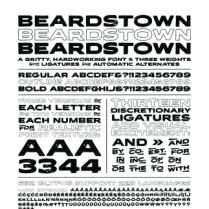 Beardstown is solid, hardworking & no-nonsense. It may be a little gritty & rough around the edges, but it can also be open, warm and welcoming.

Beardstown is a little Midwestern town on a river with a town square where you can buy comic books from a spinner rack at the front of the drugstore and read ‘em with a root beer float from the soda counter in the back.

The Beardstown font is perfect for t-shirts, sports graphics, beer cans, trading cards, carnival posters and record albums. But that’s it. I mean, you could use it on foofy hipster stuff like organic produce, vegan meat substitutes, electric car accessories or mountain bike parts, but you risk Beardstown coming over there to kick your butt.

Features:
• three versions of each letter and two versions of each number automatically rotate for authentic print texture
• thirteen catchwords (like “and” “of” “for” & “the”) accessible in Discretionary Ligatures
• support for 223 languages including Western & Central Europe, Vietnamese & Cyrillic