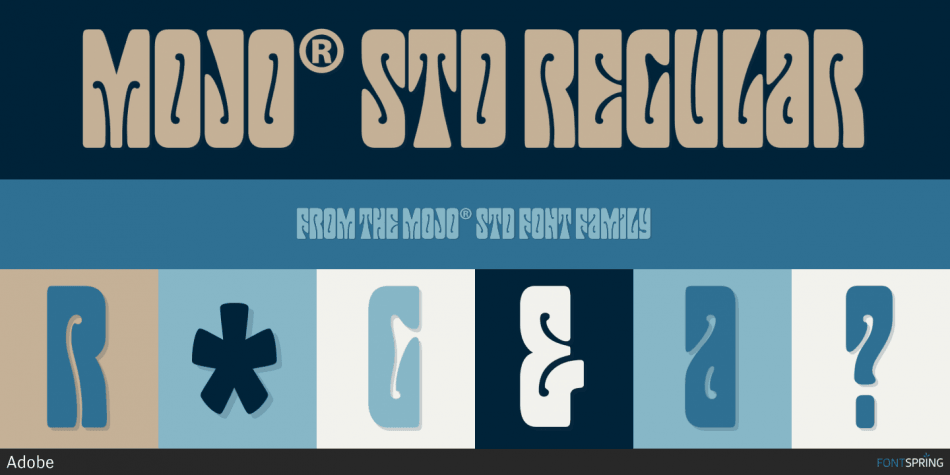 Mojo® Std is a retro font published by Adobe.

Jim Parkinson’s Mojo is an adaptation of a lettering style that was popularized by 1960s artists Wes Wilson, Victor Moscoso, and Rick Griffin. During the heyday of rock concert impresario Bill Graham, their psychedelic posters were seen all over the San Francisco Bay Area. The style is rooted in the Art Nouveau period and is unmistakably influenced by turn-of-the-century Viennese poster designer Alfred Roller.