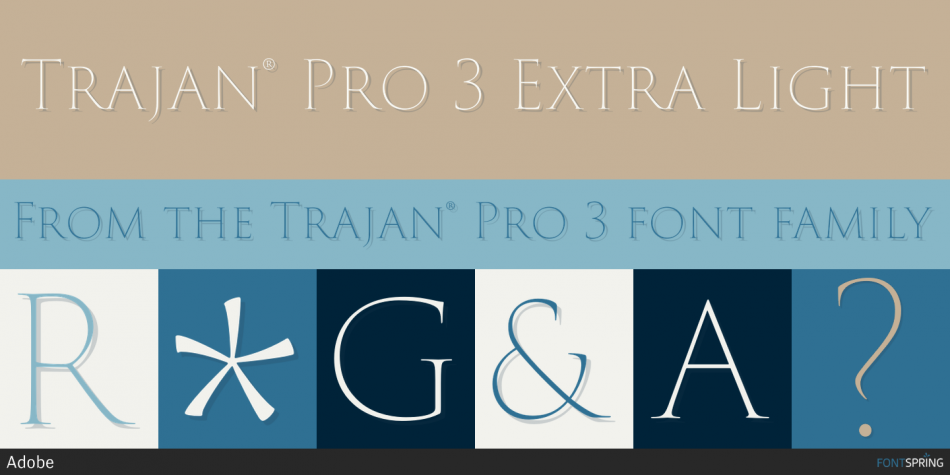 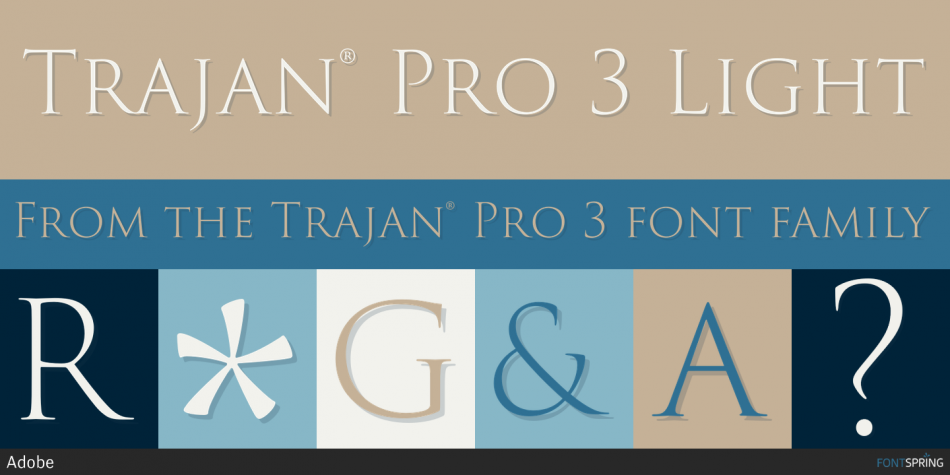 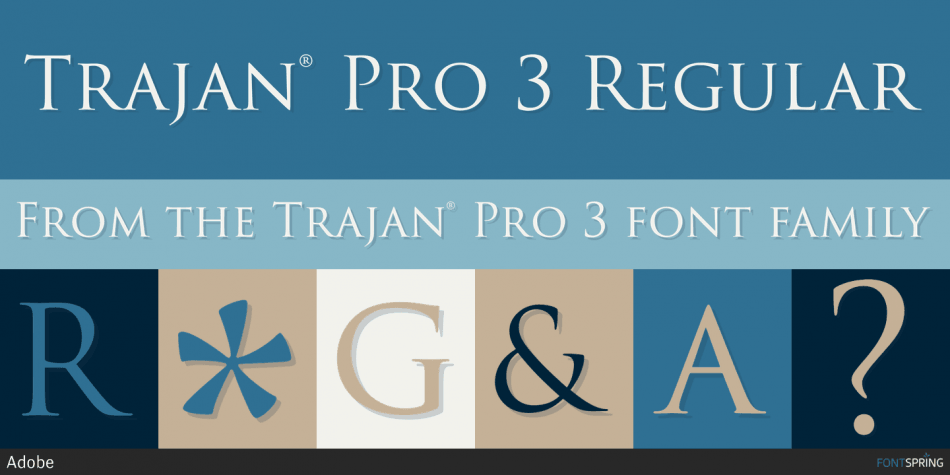 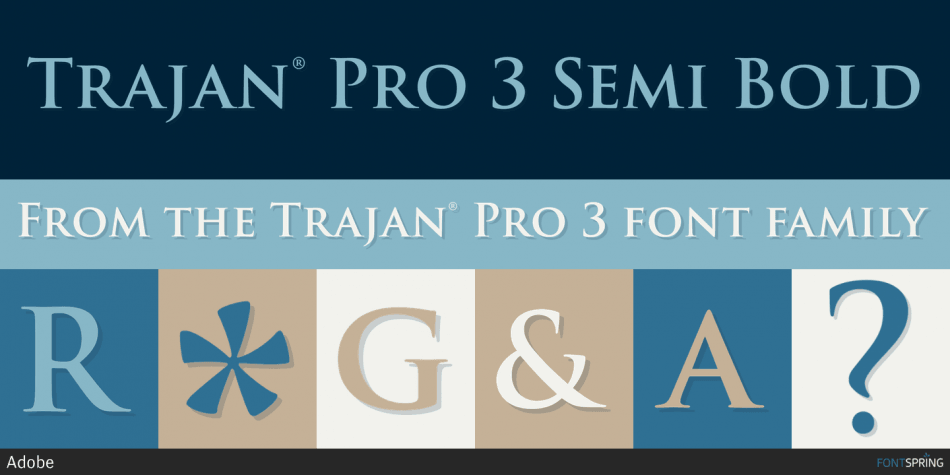 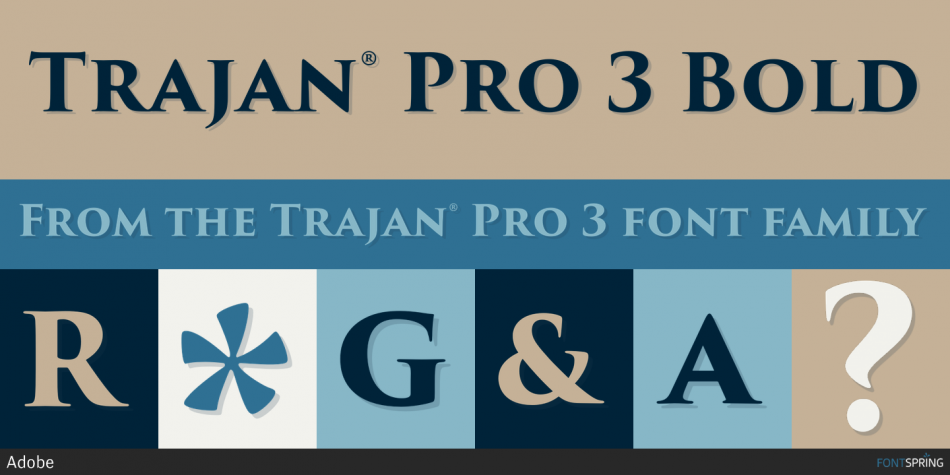 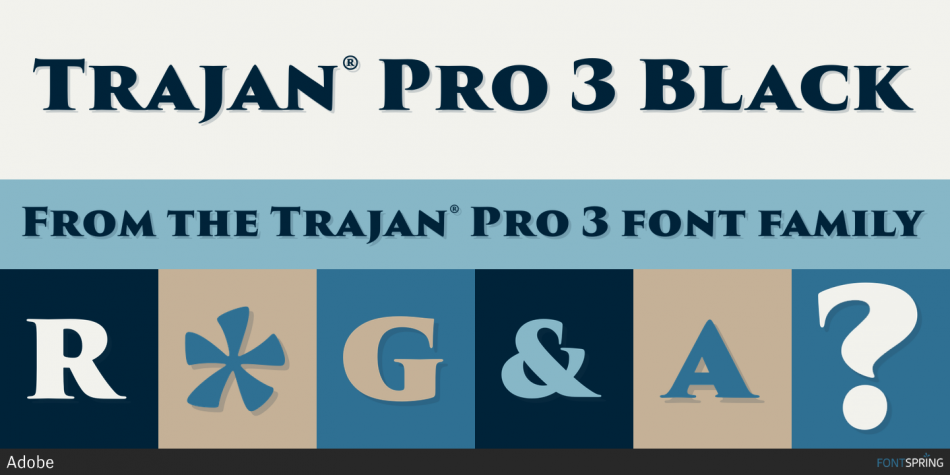 Trajan® Pro 3 is a display serif font family. This typeface has six styles and was published by Adobe.

Since its initial release in 1989, Trajan has risen to international popularity as a distinctive and versatile display type family. Carol Twombly’s sensitive interpretation of the Roman capitals inscribed at the base of Trajan’s column in Rome serves as a testament to her skills as a designer, and to the craftsmanship of the ancient lettering artists who devised these elegant and enduring letterforms. Responding to requests from our customers for broader language coverage and for more weights, Adobe set out to extend the family. Principal Designer Robert Slimbach added Greek and Cyrillic as well as four new weights - two lighter than the original offering, and two heavier. The extended family now provides users with a range of six weights that vary in personality and function. Alongside his extension of Trajan Pro, Robert also created the Trajan Sans type family, which offers users a contemporary and stylish variation of the original seriffed design (see Related OpenType Packages link below).