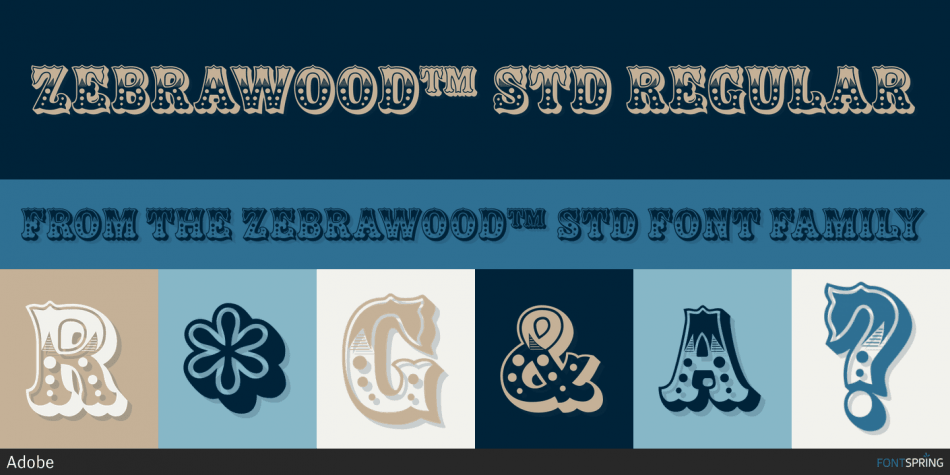 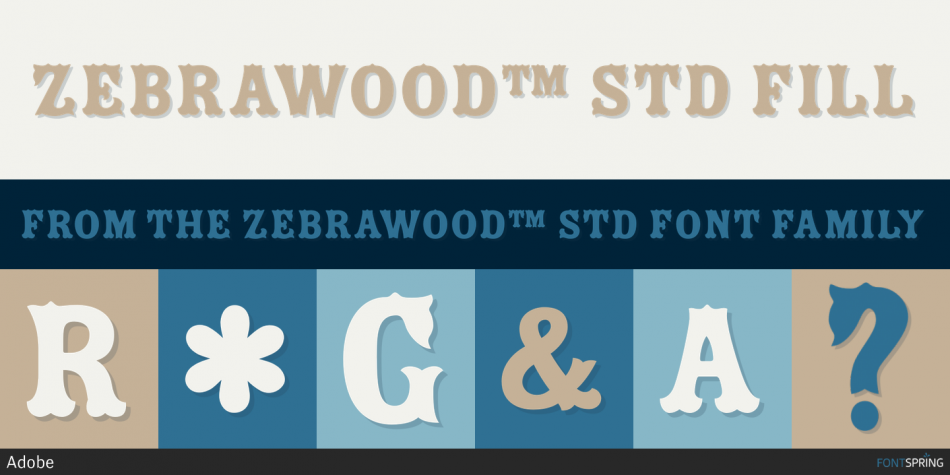 Zebrawood™ Std is a western and wood type font family. This typeface has two styles and was published by Adobe.

A two font family. This contains every font in the Zebrawood™ Std Family.

Of the many nineteenth-century wood type designs, the most popular seem to be variations of the Antique Tuscan style, which featured scalloped contours and upturned, pointed serifs. Designers of wood type found the Tuscan style to be ideal for embellishment, shading, and decoration. Adobe’s Zebrawood evolved from letters first seen in a specimen catalogue from the 1854 Wells and Webb Type Company. Zebrawood has a solid upper half, open lower half, graduated dots, and deep shadow; a style often used for circus posters and advertisements. Zebrawood, released in 1994, is a chromatic typeface (“chromatic” or multicolored typefaces were first created by carefully registering and overprinting two or sometimes three versions of each letter in different colors to produce a flamboyant appearance). Zebrawood has an alternate version of each letter which can be used for multiple color printing.