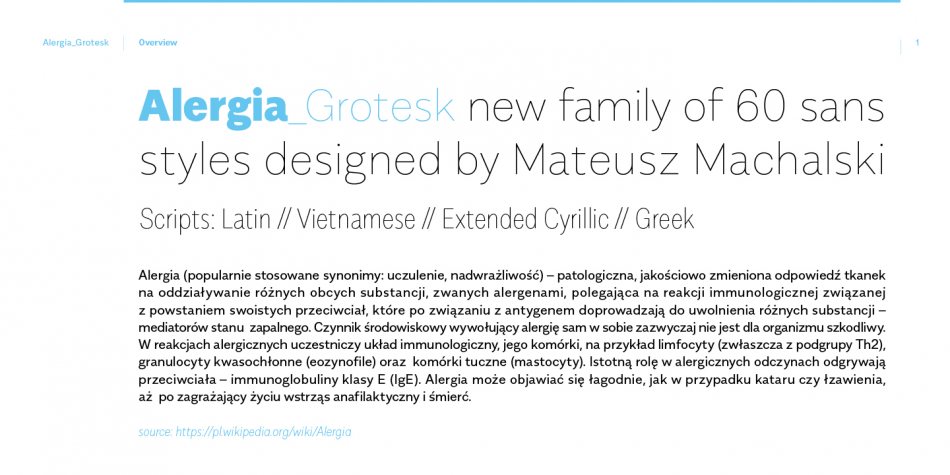 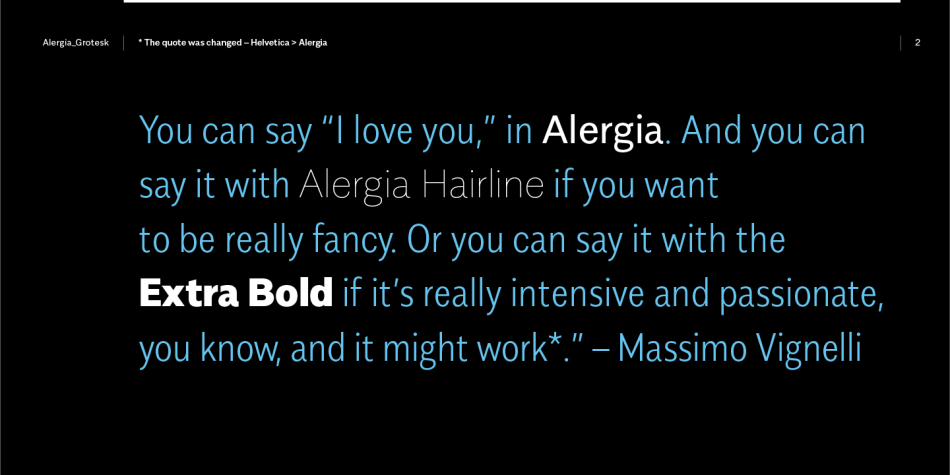 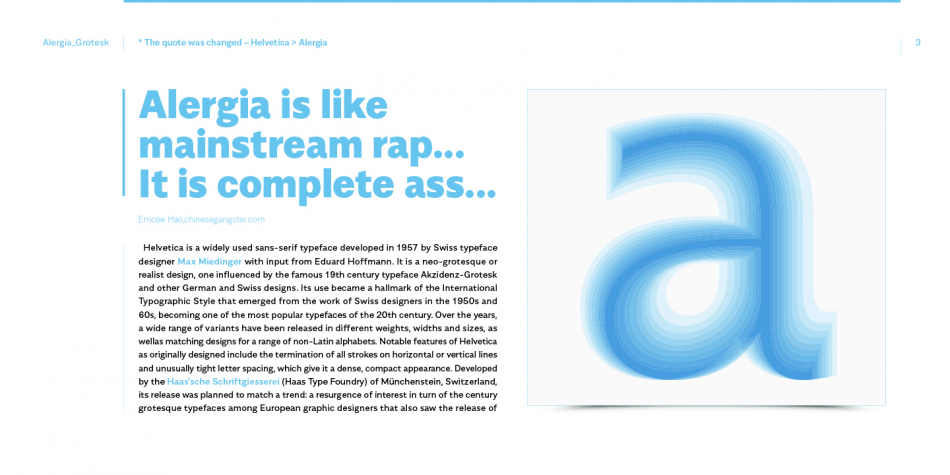 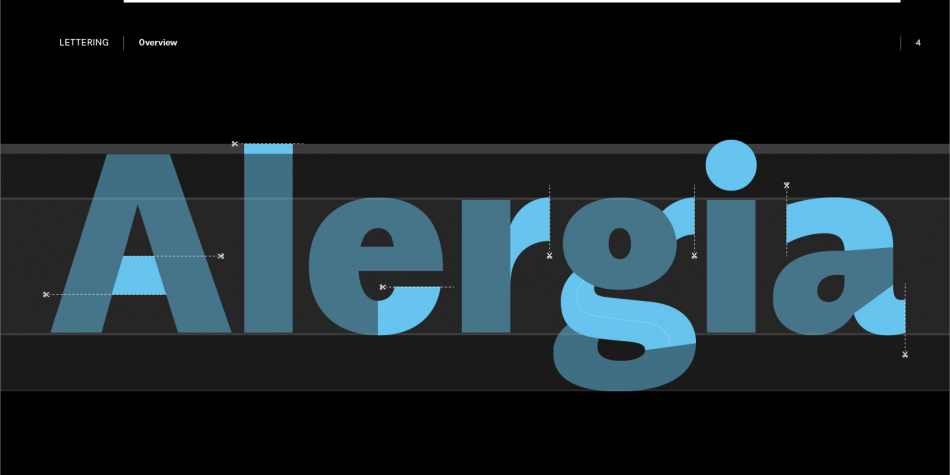 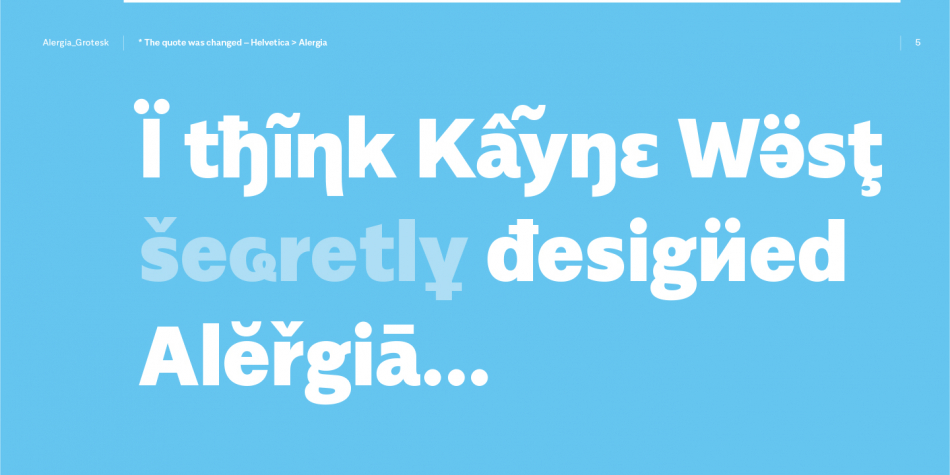 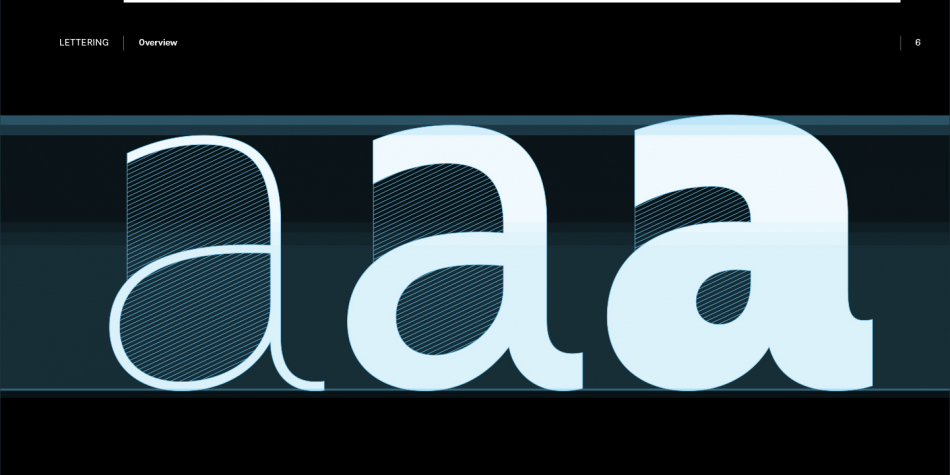 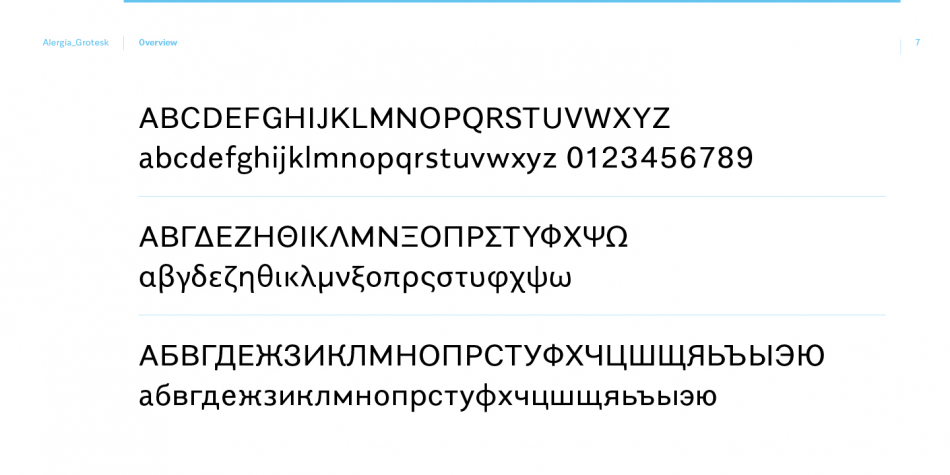 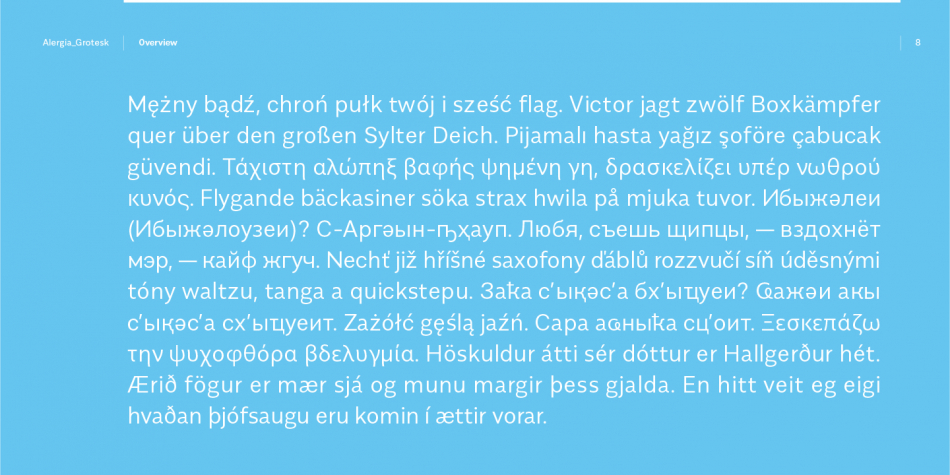 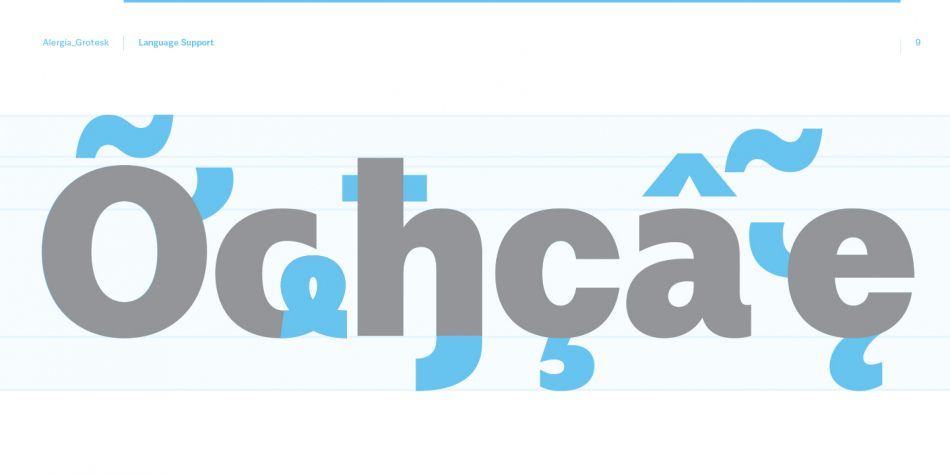 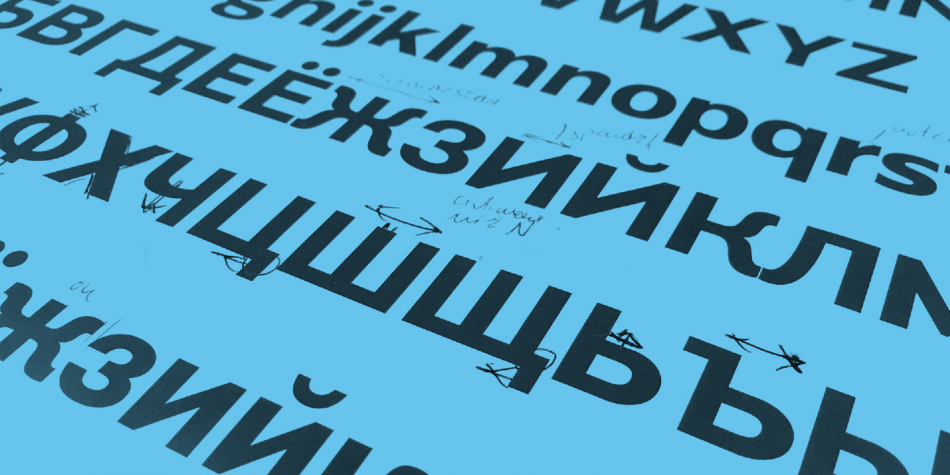 Designed by Mateusz Machalski, Alergia Grotesk is a sans serif font family. This typeface has sixty styles and was published by BORUTTA. 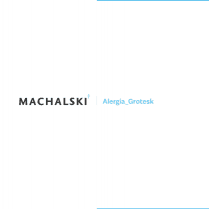 Alergia Grotesk was made as a hybrid between a classical geometric grotesque and a linear antiqua. This typeface is characterised by a lot of details, which gives it a strong character. Unpredictable cuts in a letters “a” and “s”, or a double “g” in combination with a delicate contrast, makes Alergia Grotesk a good choice for many purposes from headlines to short flowing texts. A big range of width varieties allows to versatile use and can give a nice effect while mixing extreme varieties with each other in one project. The family consist 10 weights, 3 widths and set of italics – together 60 styles. The whole family has a comprehensive set of characters. In additionton the Latin letters, Alergia Grotesk also has a full set of characters for Vietnamese, extended Cyrillic (with Abkhasian) and Greek.