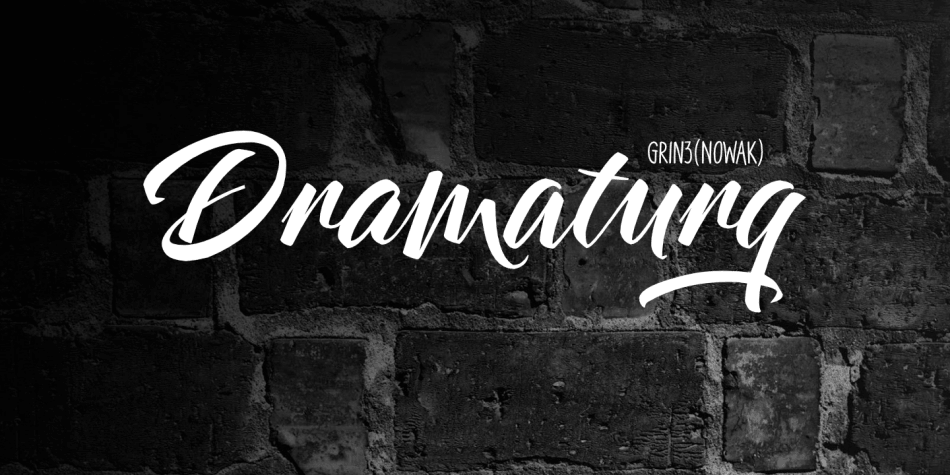 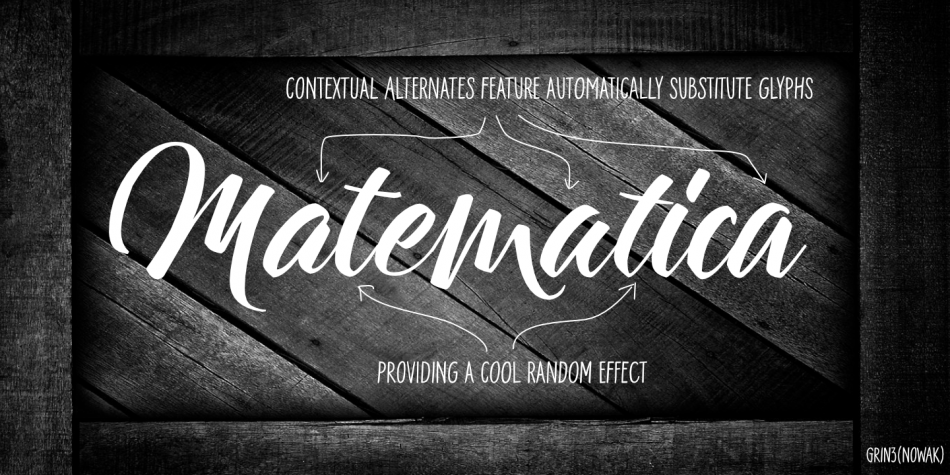 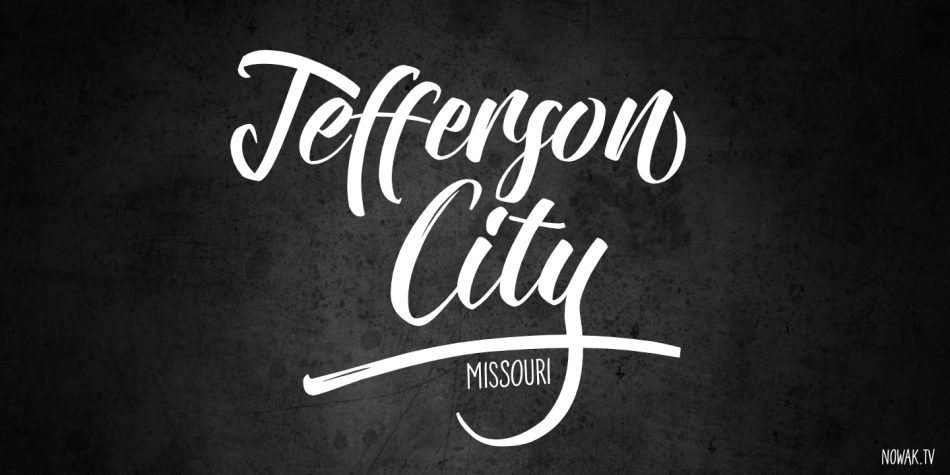 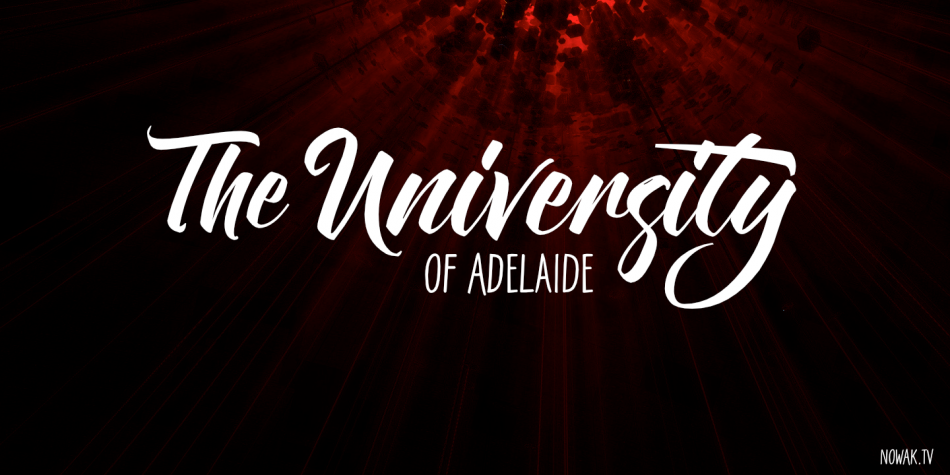 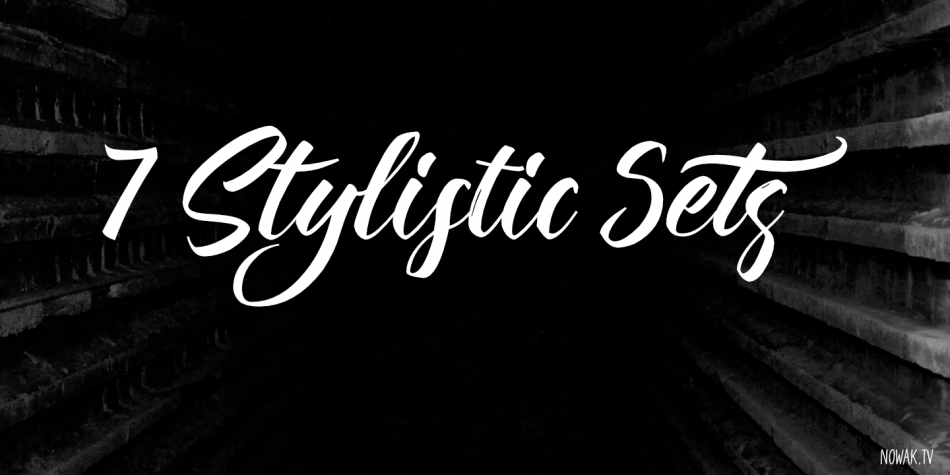 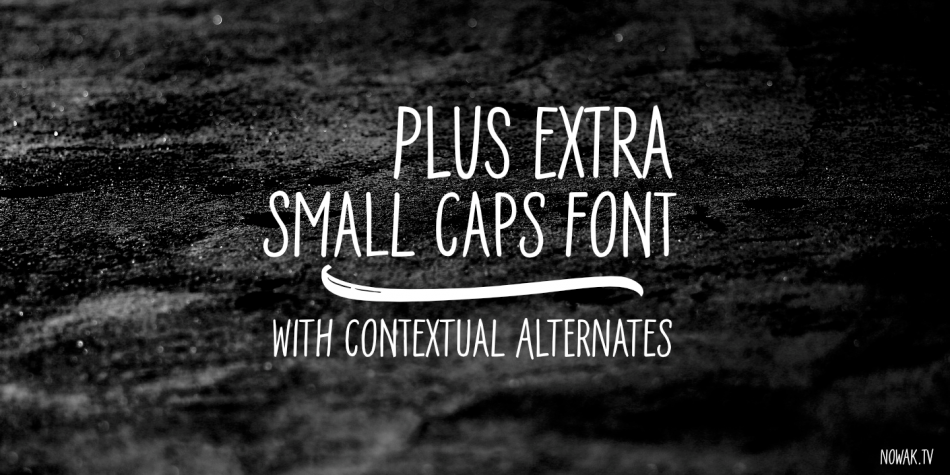 Designed by Bartek Nowak, Dramaturg is a brush script and hand display font family. This typeface has four styles and was published by GRIN3 (Nowak).

A four font family. This contains every font in the Dramaturg Family.

Dramaturg is a handwritten, brush, fully connected script with ligatures and contextual alternates to help with flow and readability.

Dramaturg /regular is the most complete style, it contains over 600 glyphs, 7 stylistic sets, contextual alternates and ligatures. Every lowercase letter has six variations (uppercase letter has four). When the font is used in OpenType-savvy applications, the 3 variants of glyphs are automatically alternated to achieve a random-like effect.

Dramaturg A and Dramaturg B have less glyphs than the Regular (no stylistic sets), they only contain some selected alternates and ligatures.