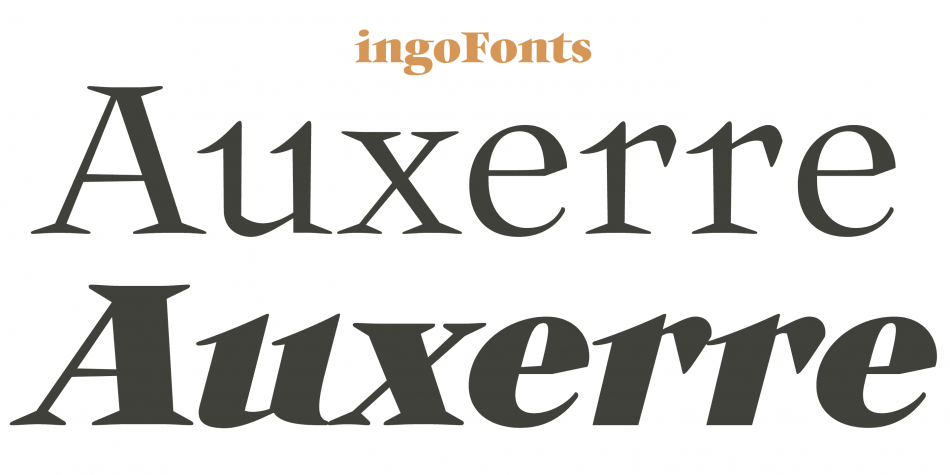 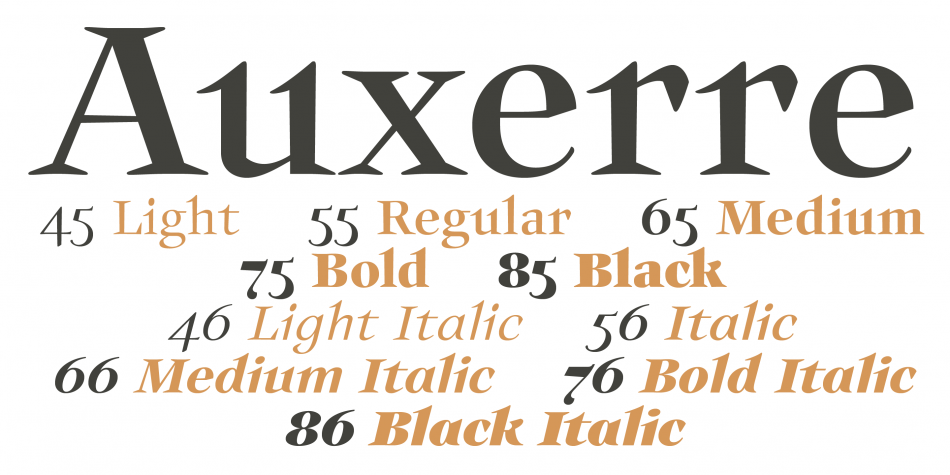 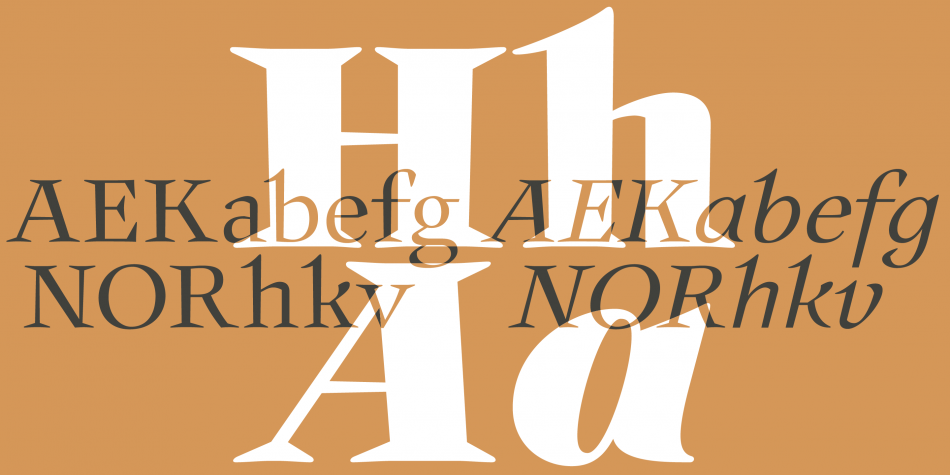 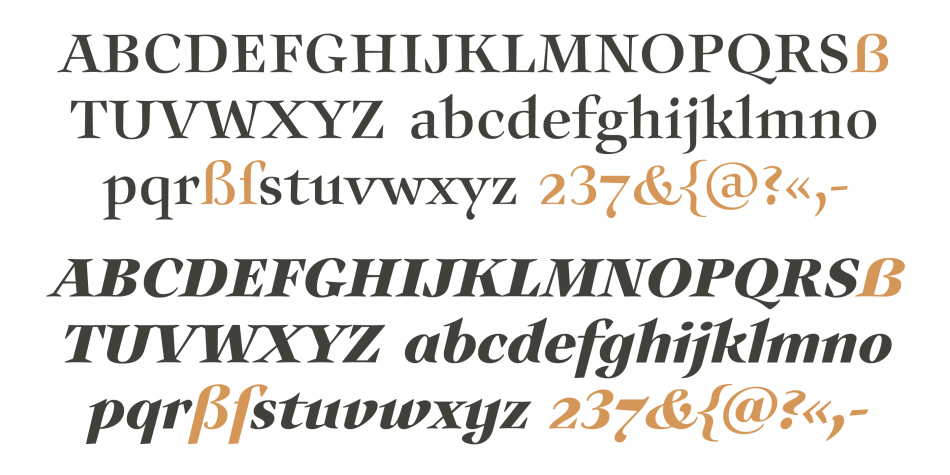 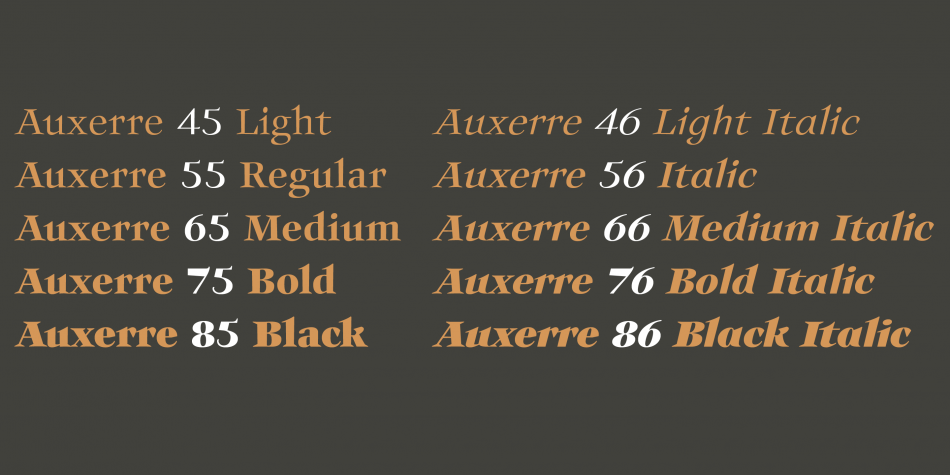 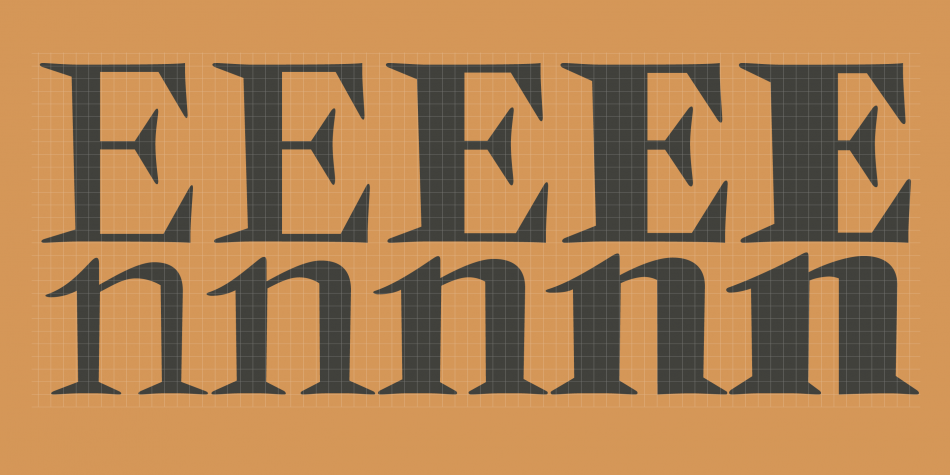 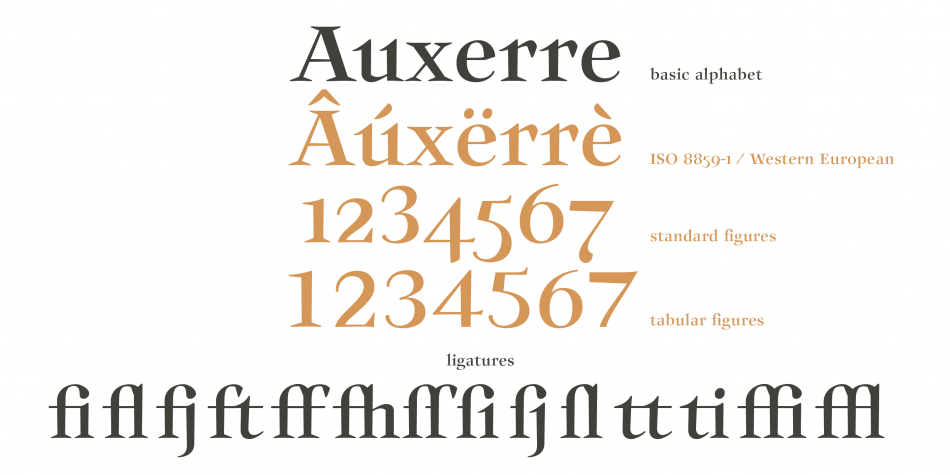 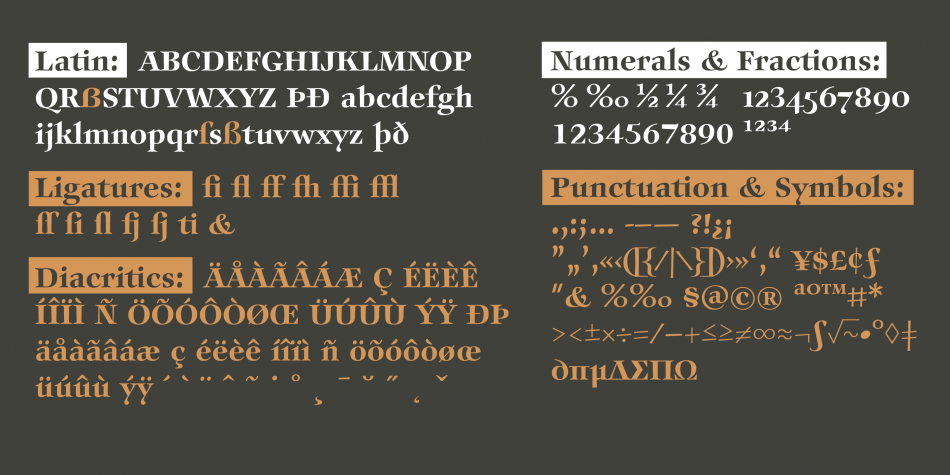 Designed by Ingo Zimmerman, Auxerre is a serif font family. This typeface has ten styles and was published by ingoFonts. 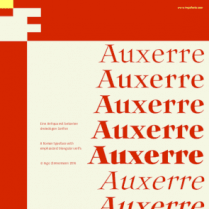 Auxerre is a Roman typeface with emphasized triangular serifs

A font like this one could have been designed in 18th century France. Type of Baroque style was already common then and dominated the appearance of printed matter. To some extent, Auxerre is a precursor of “Etienne,” which became popular as an advertising script of the 19th century.