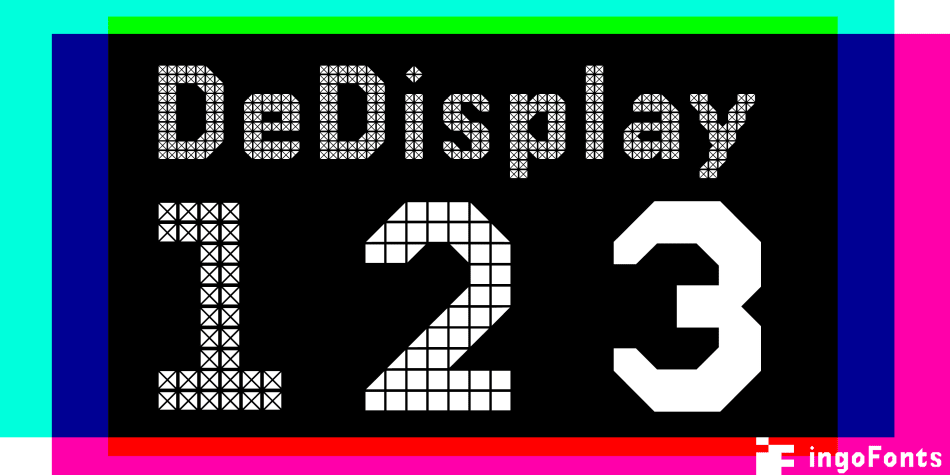 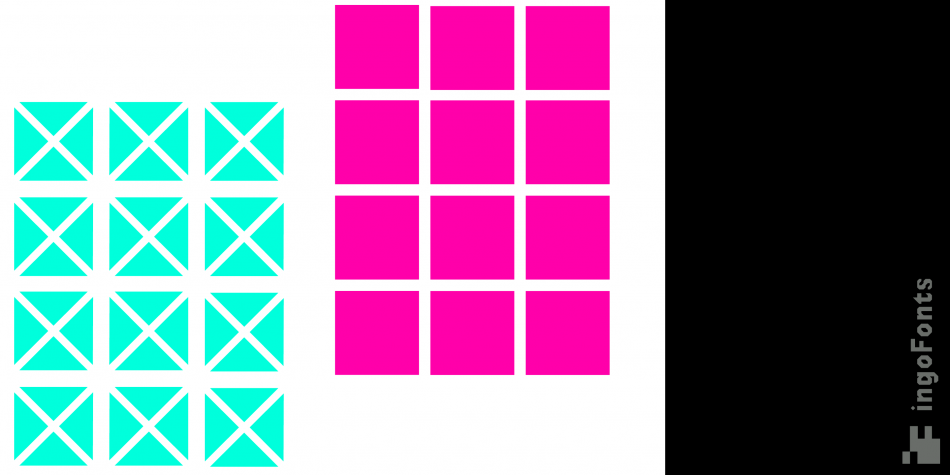 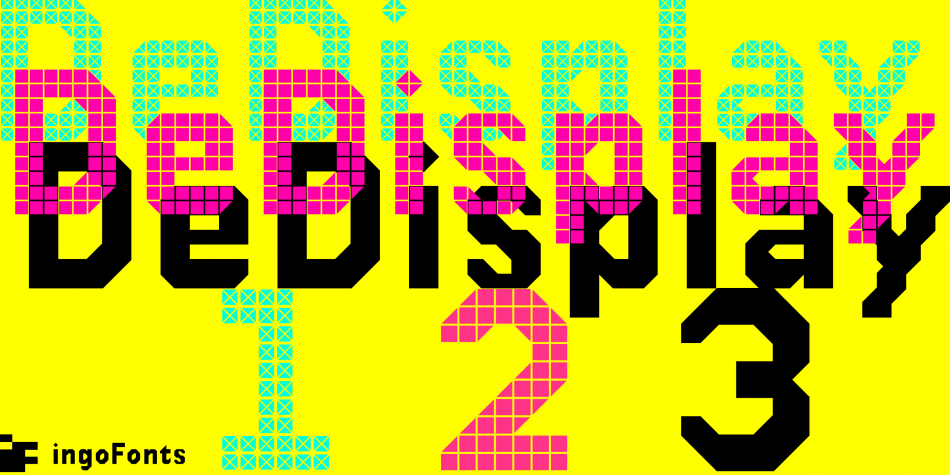 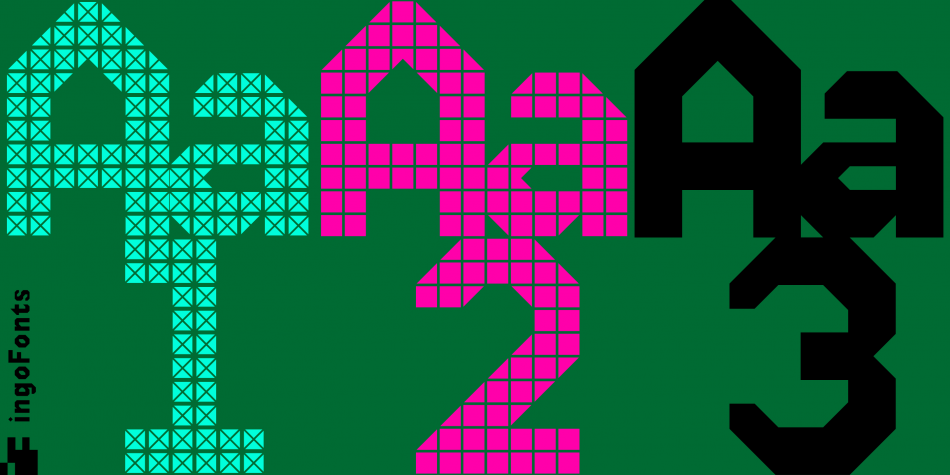 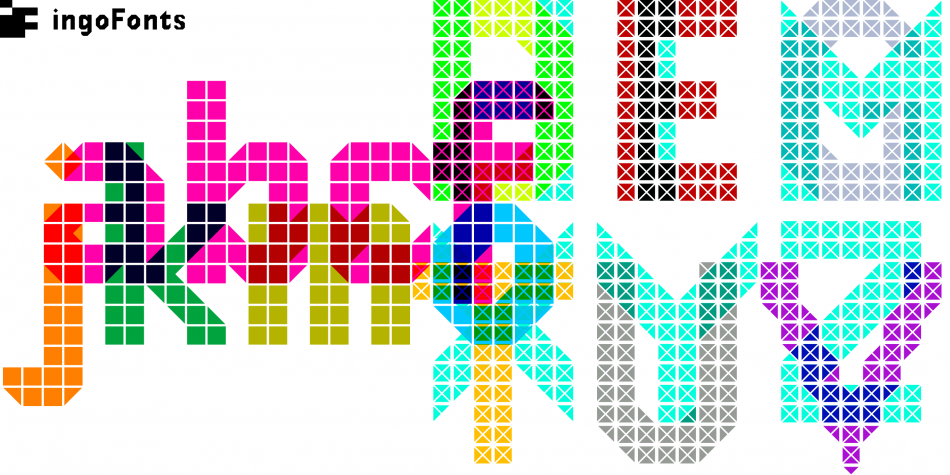 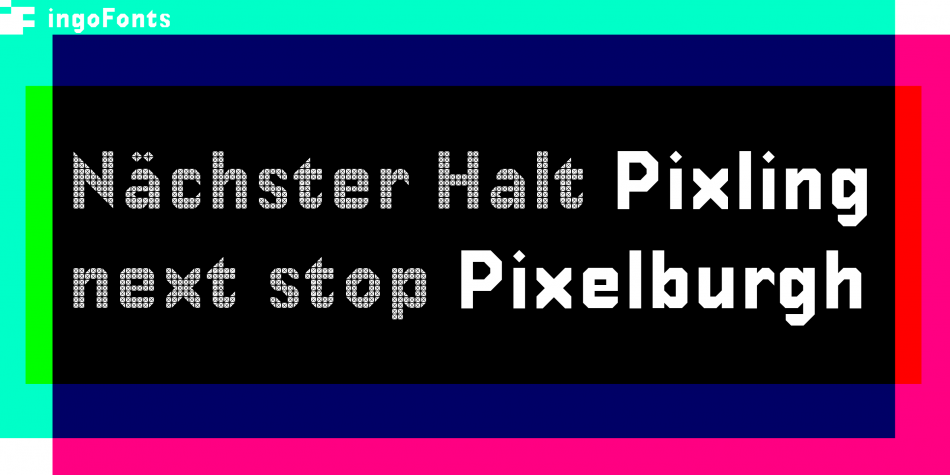 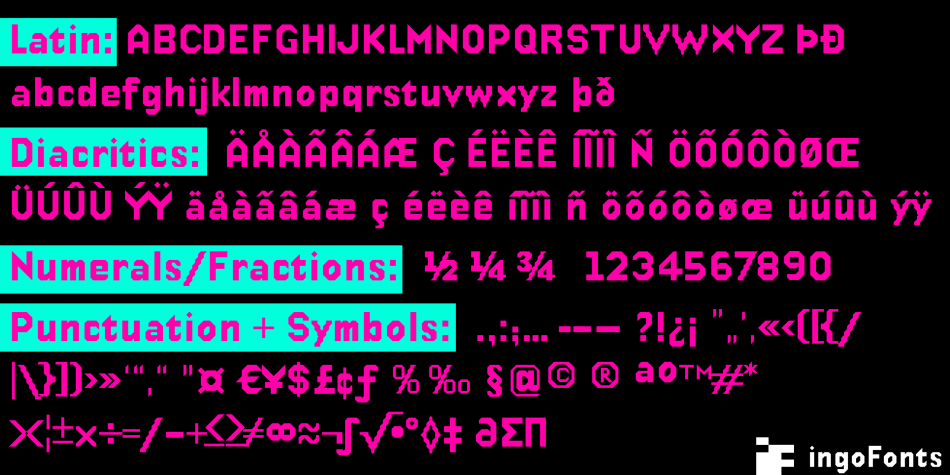 Designed by Ingo Zimmerman, DeDisplay is a novelty font family. This typeface has three styles and was published by ingoFonts. 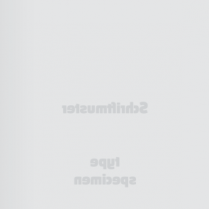 A type designed in a grid, like on display panels

In a streetcar, I met up with a modern variation of this display which reveals the name of each tram stop as it is approached. This system was based on a customary coarse square grid, but the individual squares were also divided again diagonally in four triangles.

In this way it is possible to display slants and to simulate round forms more accurately as with only squares. The displayed characters still aren’t comparable to a decent typeface – on the contrary, the lower case letters are surprisingly ugly – but they form a much more legible type than that of ordinary [quadrate] grid types.

DeDisplay is this kind of type, constructed from tiny triangles which are in turn grouped in small squares. The stem widths are formed by two squares; the height of upper case characters is 10, the x-height 7 squares.
DeDisplay is available in three versions: DeDisplay 1 is the complex original with spaces between the triangles, DeDisplay 2 forgoes dividing the triangles and thus appears somewhat darker or “bold,” and DeDisplay 3 is to some extent the “black” and doesn’t even include spaces between the individual squares.