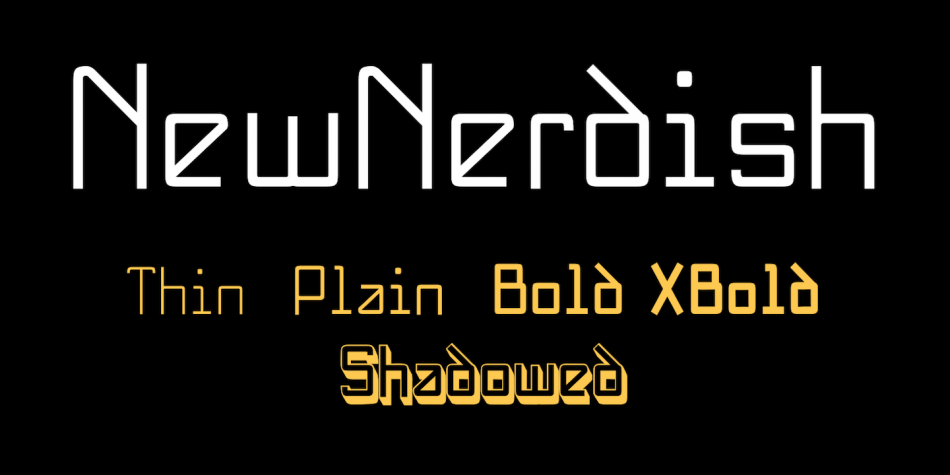 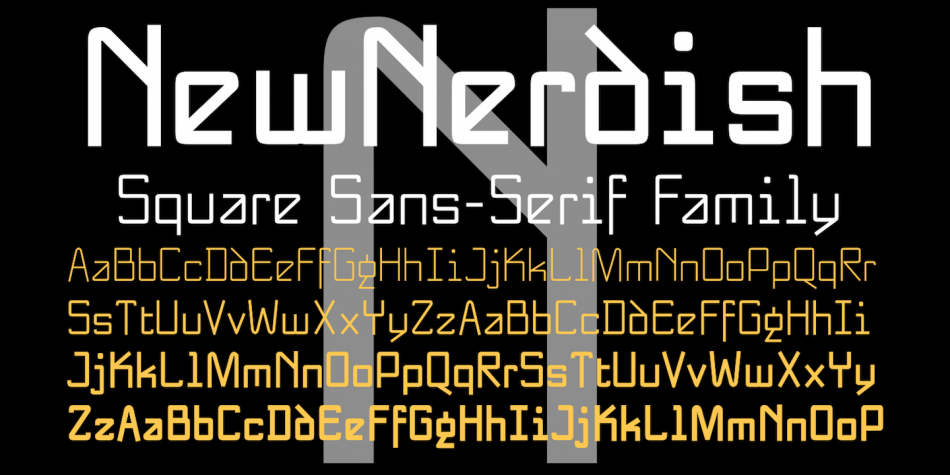 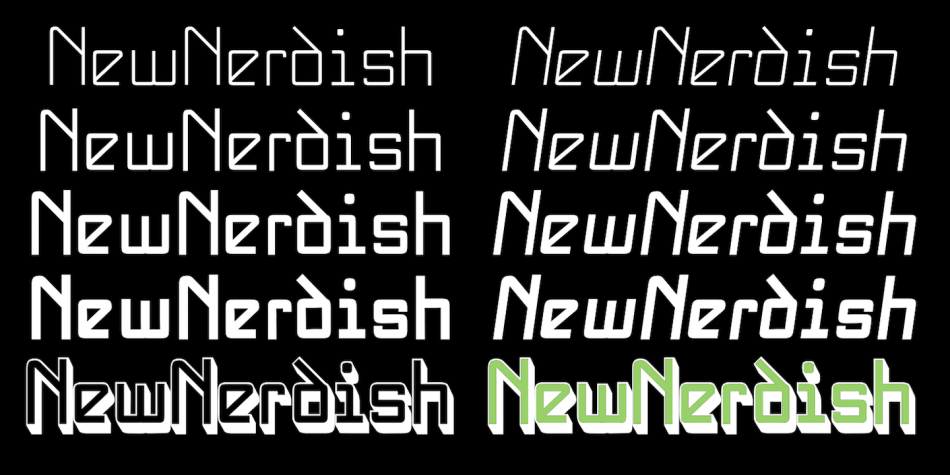 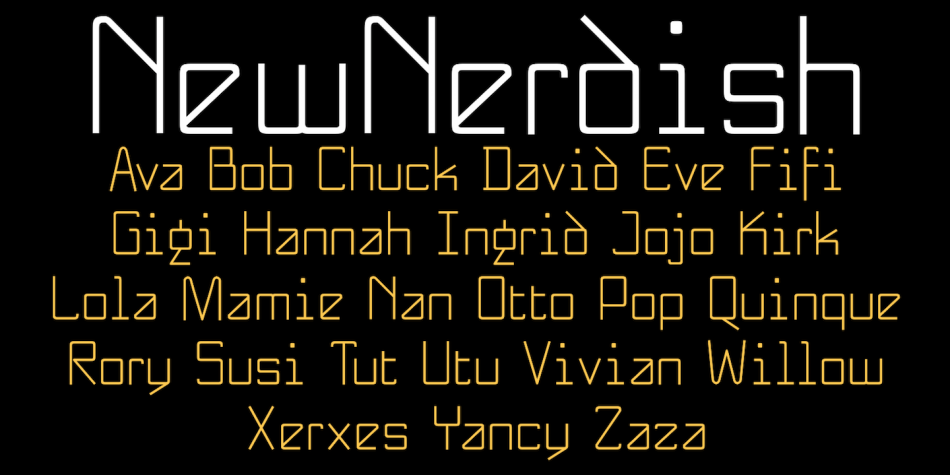 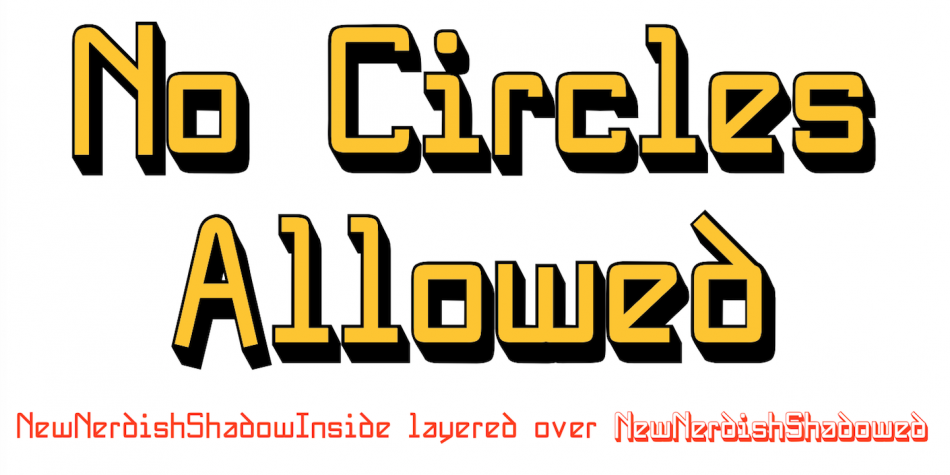 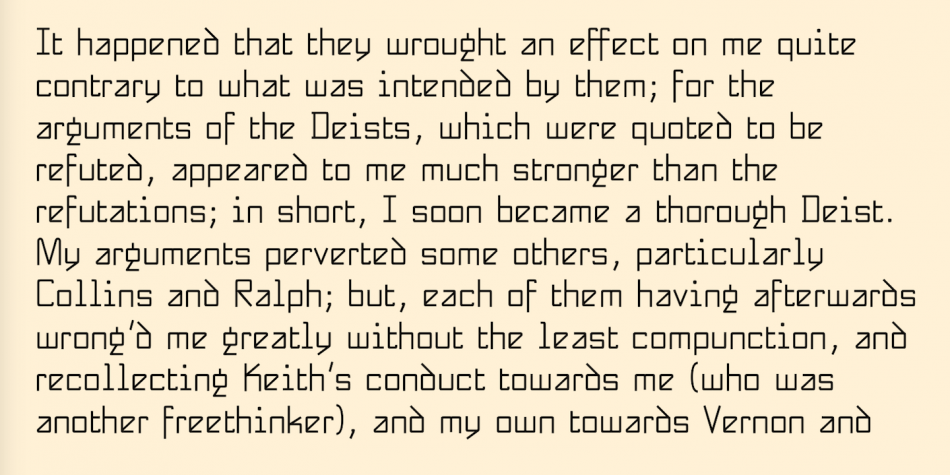 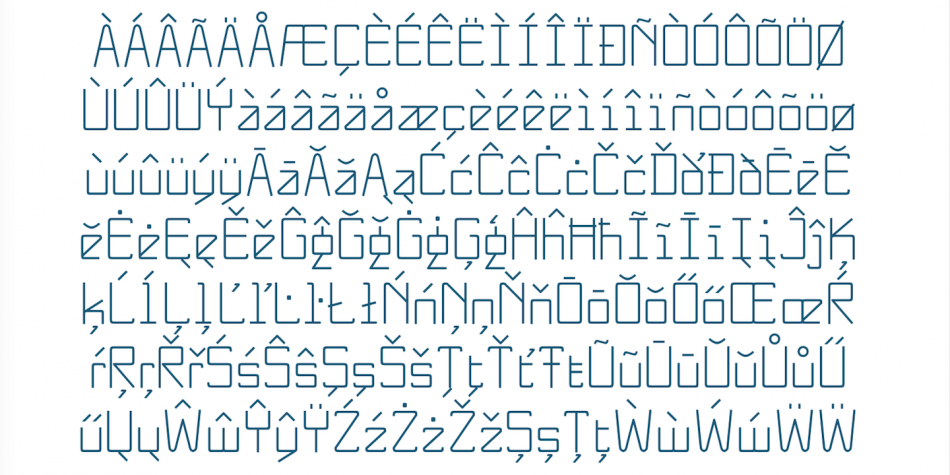 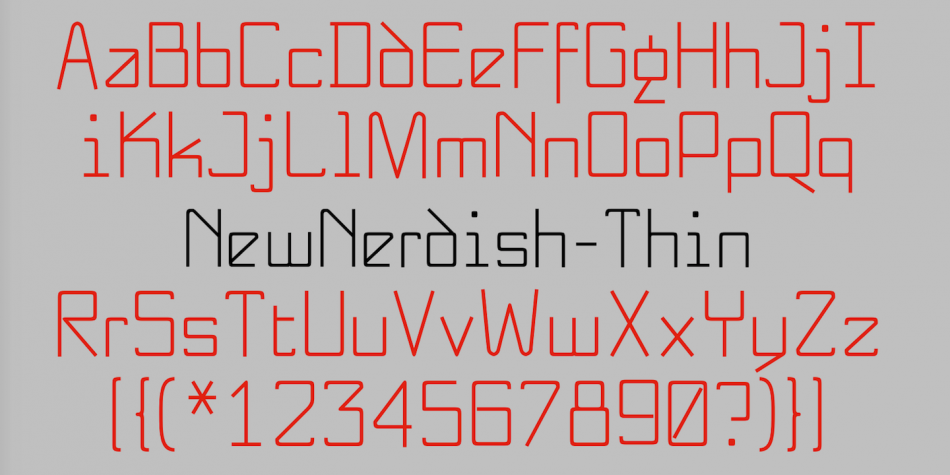 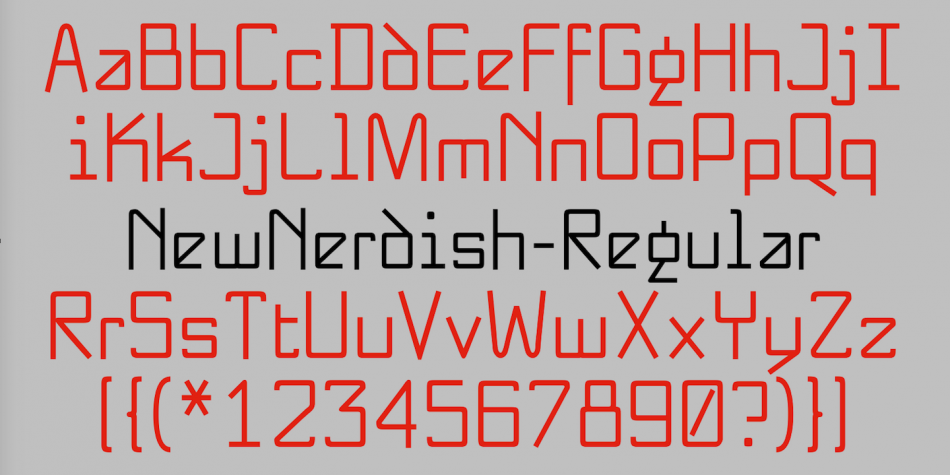 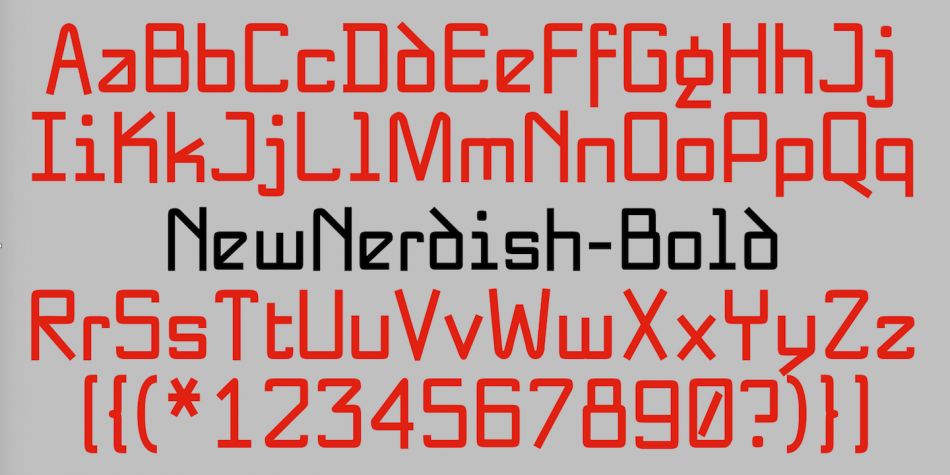 Designed by Robert Schenk, NewNerdish is a display sans and sans serif font family. This typeface has ten styles and was published by Ingrimayne Type.

A sans-serif face in which the circular elements have become almost square, NewNerdish resembles a number of typefaces which have become associated with a modernistic, computer look. There is little or no variation in the weight of horizontals, diagonals, and verticals. It comes in four weights and each weight has an oblique version, which has the same letter shapes as the upright version.