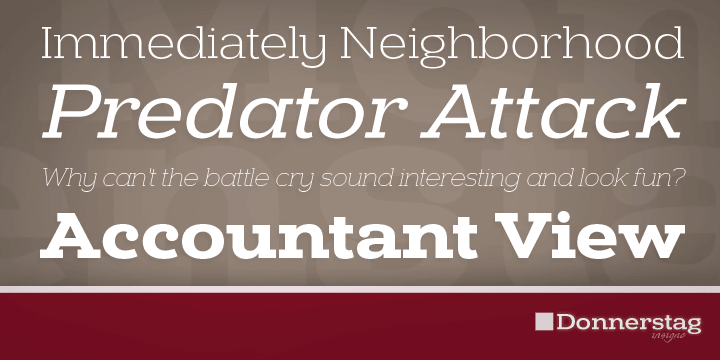 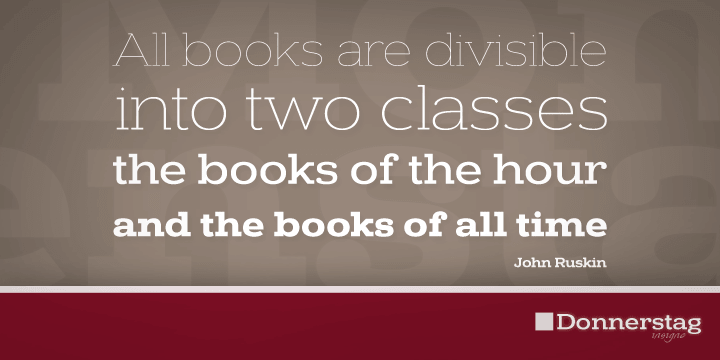 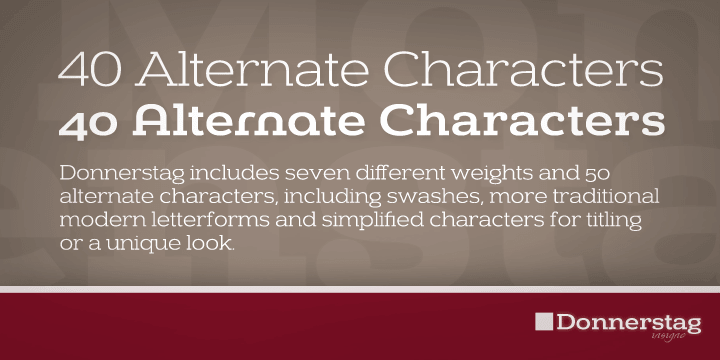 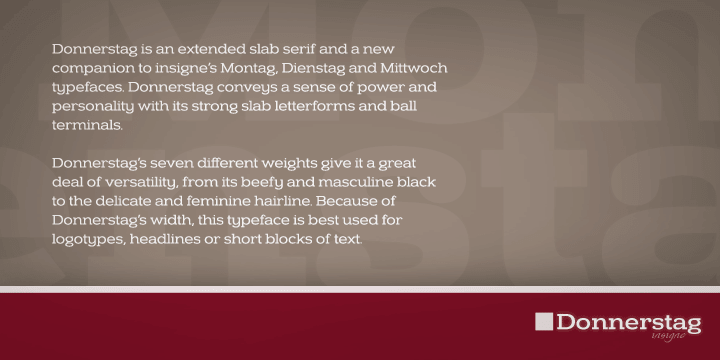 Donnerstag is a slab serif font family. This typeface has fourteen styles and was published by Insigne Design.

Donnerstag is an extended slab serif and a new companion to insigne’s Montag, Dienstag and Mittwoch typefaces. Donnerstag conveys power and personality with its strong slab letterforms and ball terminals.
Donnerstag’s seven different weights give it a great deal of versatility, from its beefy and masculine black weight to the delicate and feminine hairline. Because of Donnerstag’s width, this typeface is best used for logotypes, headlines or short blocks of text.
Donnerstag includes many useful OpenType features, including a set of upright italic swash alternates, ligatures, small caps, fractions and old style figures, alternates for the ball terminals and simplified characters for titling.
OpenType-capable applications such as the Adobe suite or Quark can take full advantage of automatically replacing ligatures and alternates. This family also includes the glyphs to support a wide range of latin based languages.