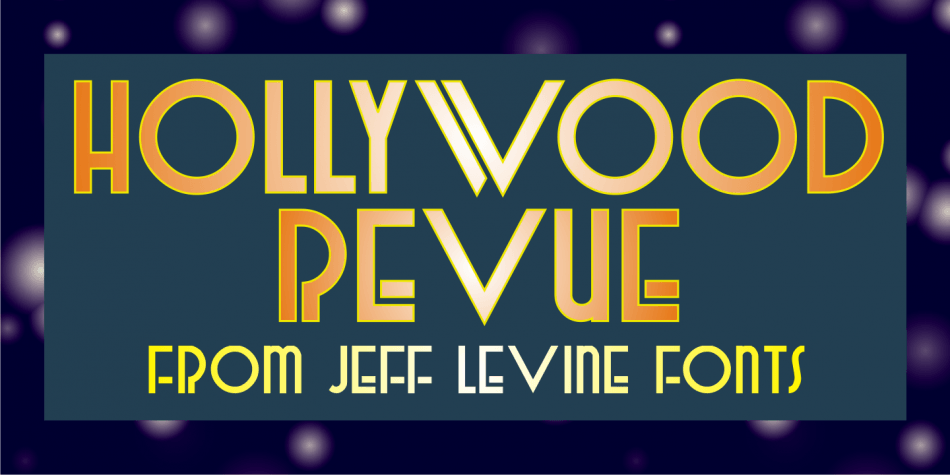 Hollywood Revue JNL gets its design inspiration and name from a vintage movie poster for “The Hollywood Revue of 1929”.  The letter style shows early Art Deco influences, yet the hand lettering was done in the late 1920s toward the end of the Art Nouveau period.

This is the motion picture where Cliff (“Ukelele Ike”) Edwards introduced “Singin’ in the Rain” (composed by Arthur Freed and Nacio Herb Brown).

Years later, Freed was a producer at MGM and gathered up many of the songs he and Brown wrote during the 1920s to form the musical core of the 1952 Gene Kelly-Debbie Reynolds-Donald O’Conner musical “Singin’ in the Rain”.