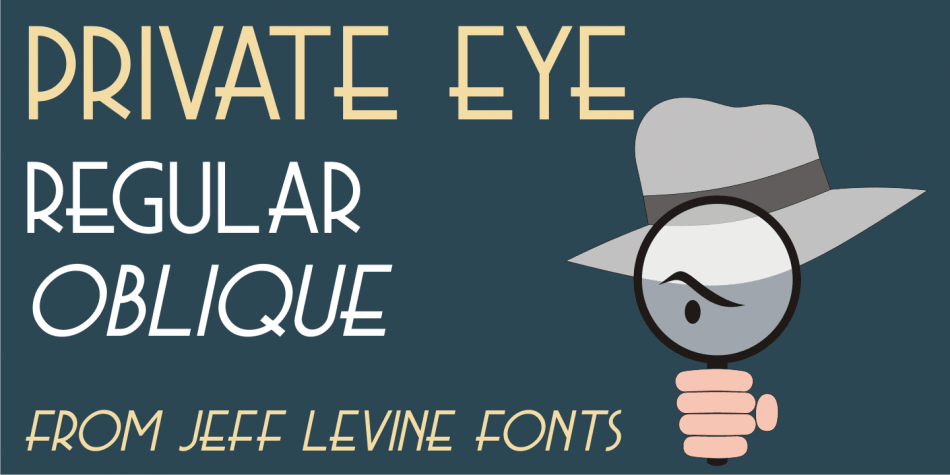 Based in Los Angeles, the fictional detective agency was located next door to Dino’s Lodge, (partly owned by Dean Martin and actually located at 8532 Sunset).  It was originally known as the Alpine Lodge.

The adjacent building where Stuart Bailey and Jeff Spencer’s private detective service was located in fact housed a popular modeling agency.  The ‘77’ address did not exist outside of the realm of the series.

However, a wonderful sign with Art Deco-influenced lettering graced the set (on the wall of the office foyer) saying “Bailey & Spencer Private Investigators Suites 101-102”.

A screen capture of this sign served as the working model for Private Eye JNL, which is available in both regular and oblique versions.