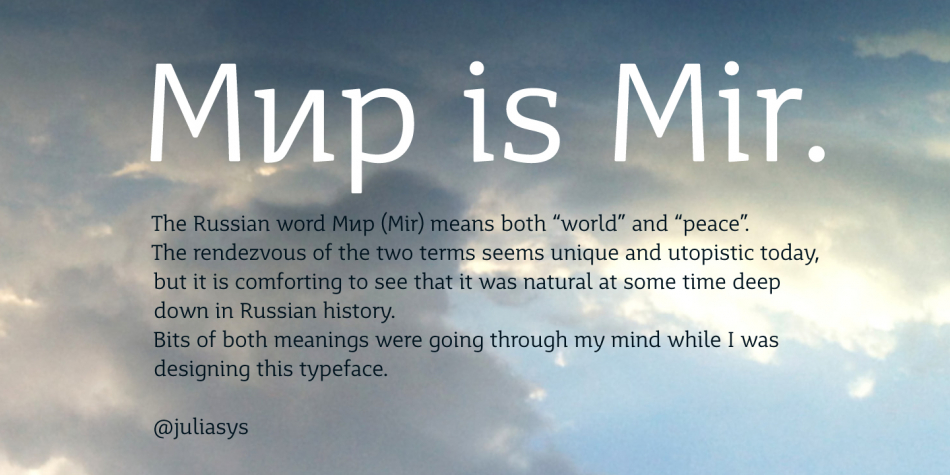 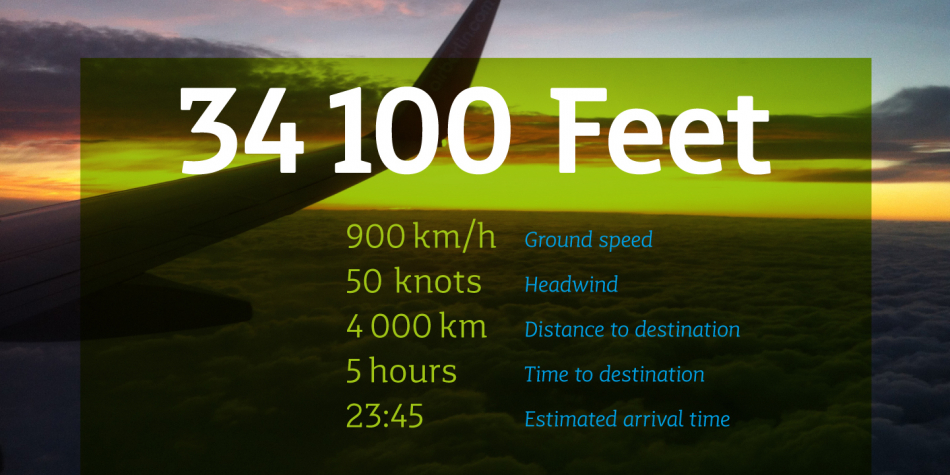 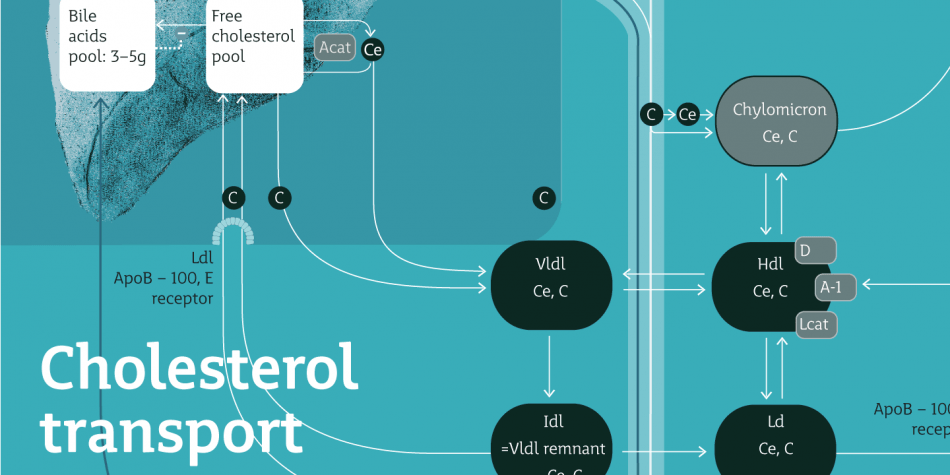 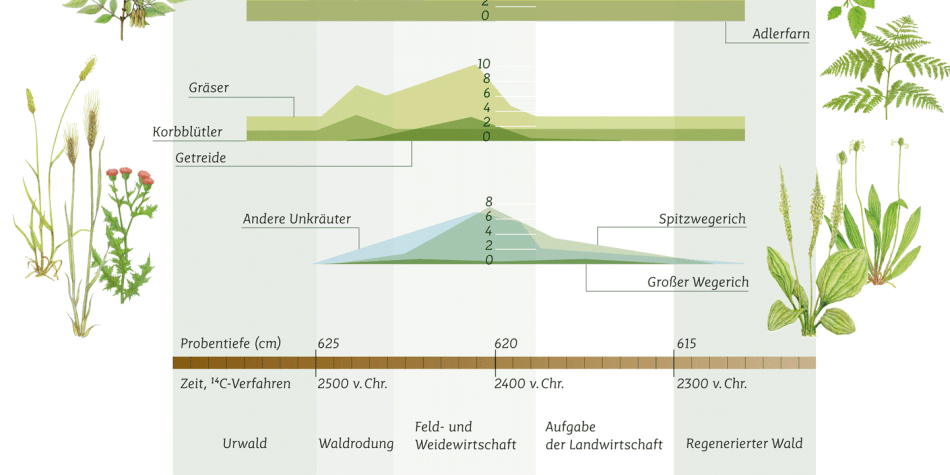 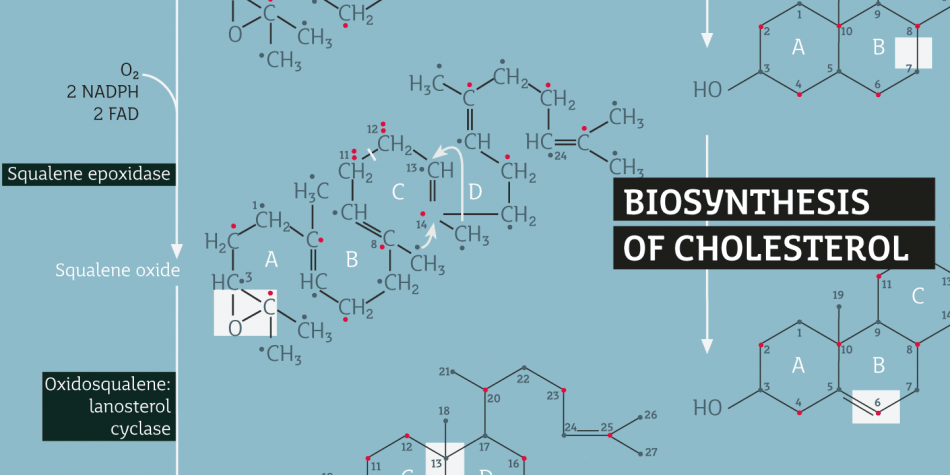 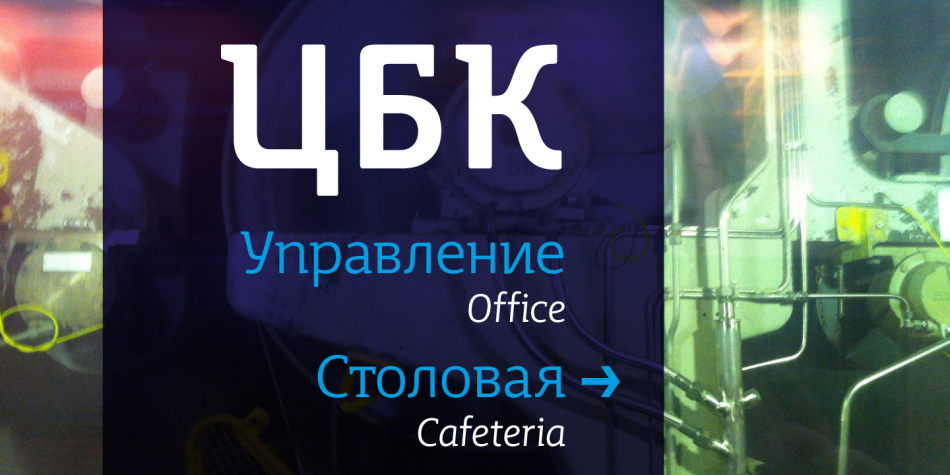 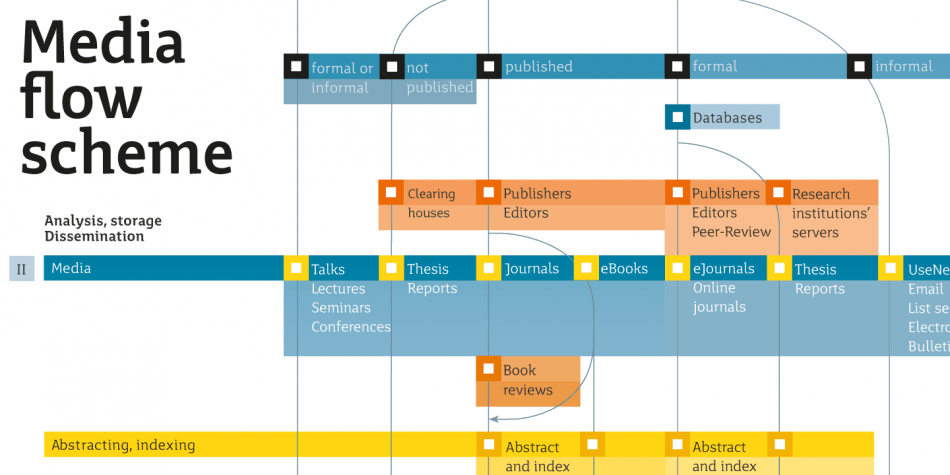 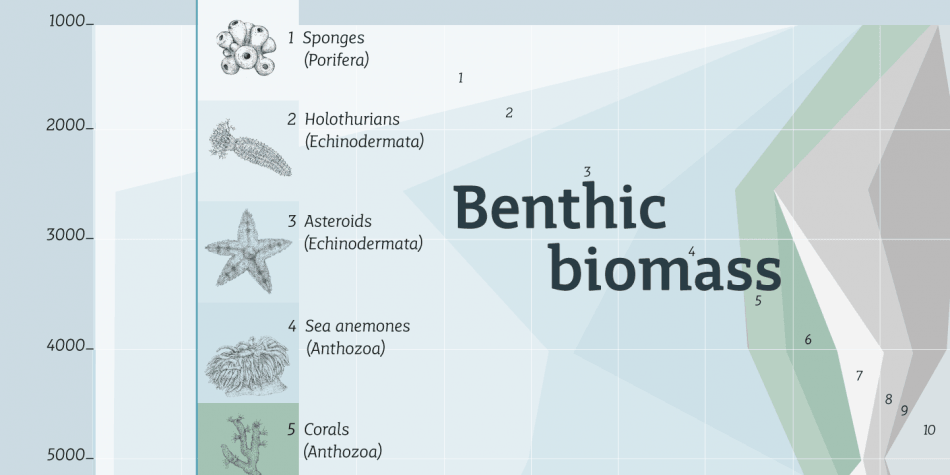 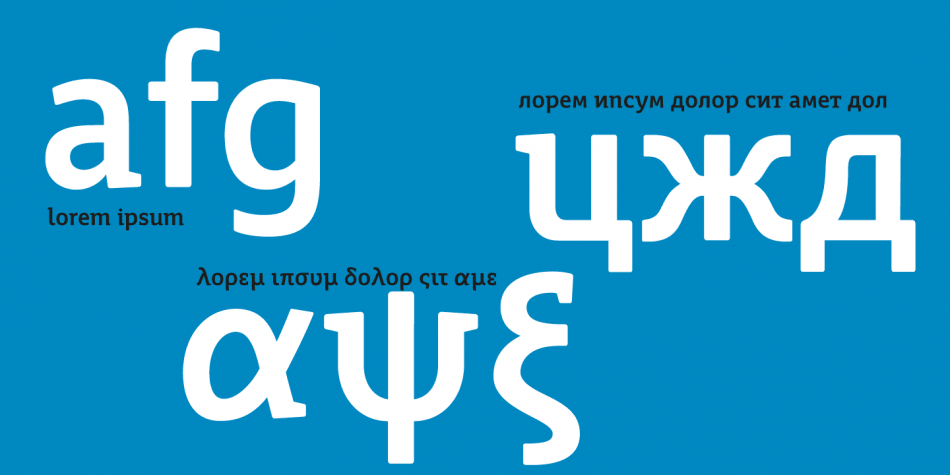 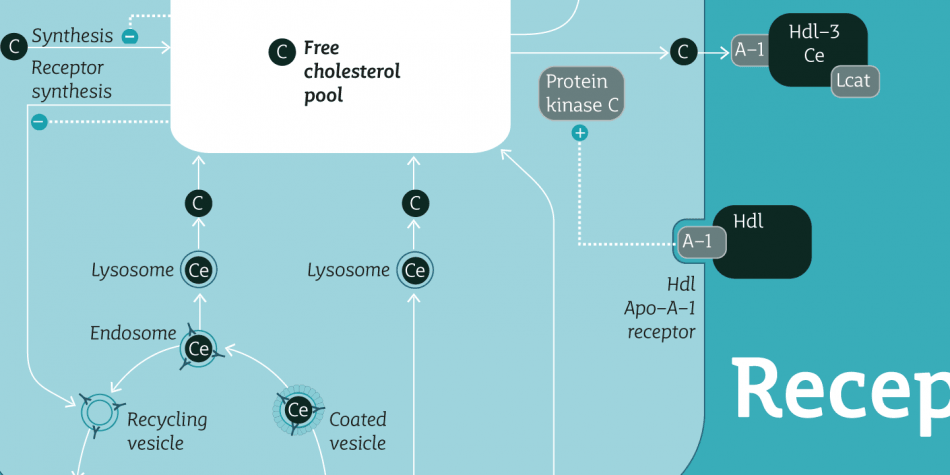 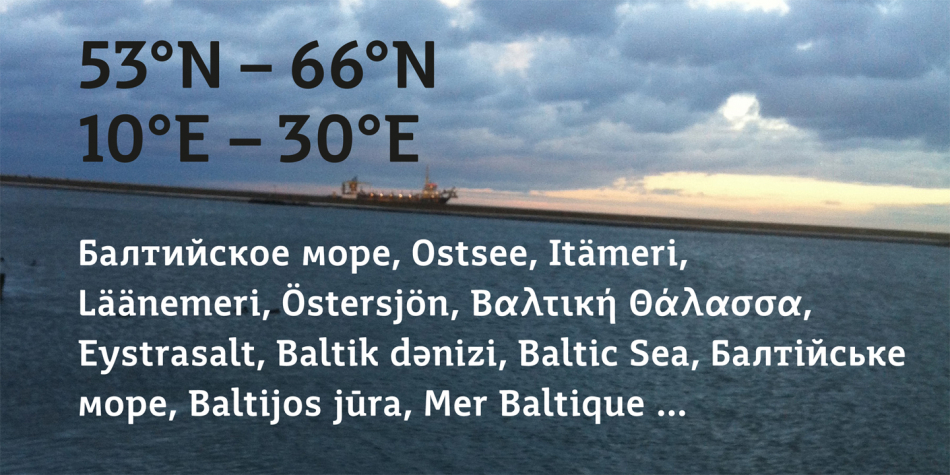 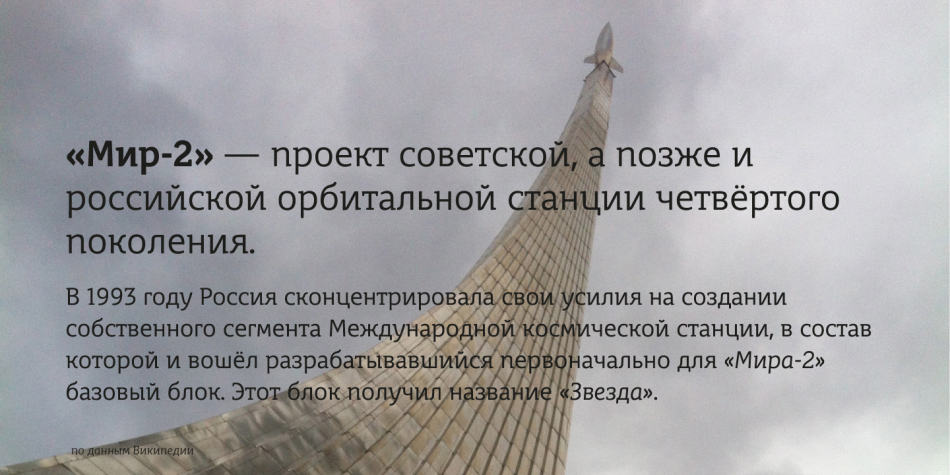 Mir is a sans serif and serif font family. This typeface has twenty-two styles and was published by Juliasys.

Мир is Mir.
The Russian word Мир (Mir) means both World and Peace.
The rendezvous of the two terms seems quite unique and utopistic today, but it is comforting to see that it was natural at some time deep down in Russian history. Bits of both meanings were going through my mind while I was designing this typeface.

Mir’s character set is multiscript – Latin, Cyrillic and Greek – and extends to many parts of the linguistic world. In fact it covers more than 100 languages. Stylistic consistency between the language systems make typographic border crossings painless even where national borders are still closely guarded. And in regions where mathematics, physics or chemistry are to be expressed, a rich set of OpenType features lets Mir master also these situations.

Serious things are best be said in a relaxed, unpretentious way. So Mir doesn’t put on a show.  Mir has authority without being authoritarian, it is serious but not stern. It can explain difficult things and stay calm and down to earth at the same time.