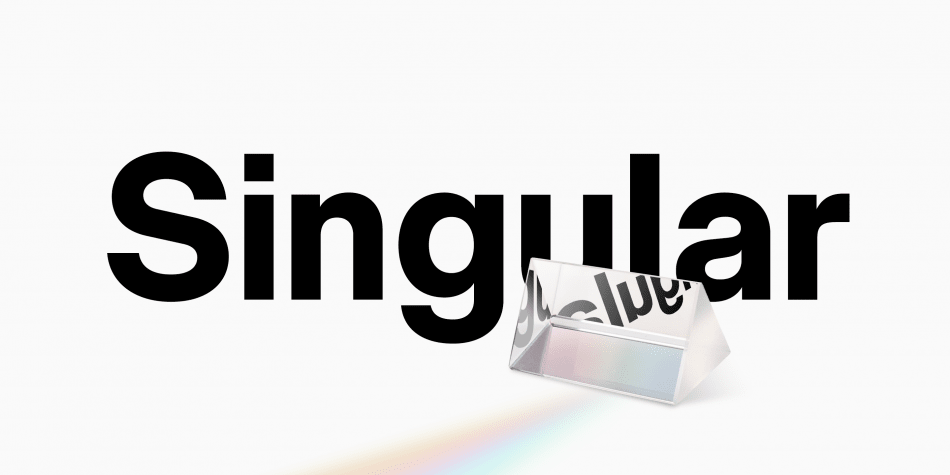 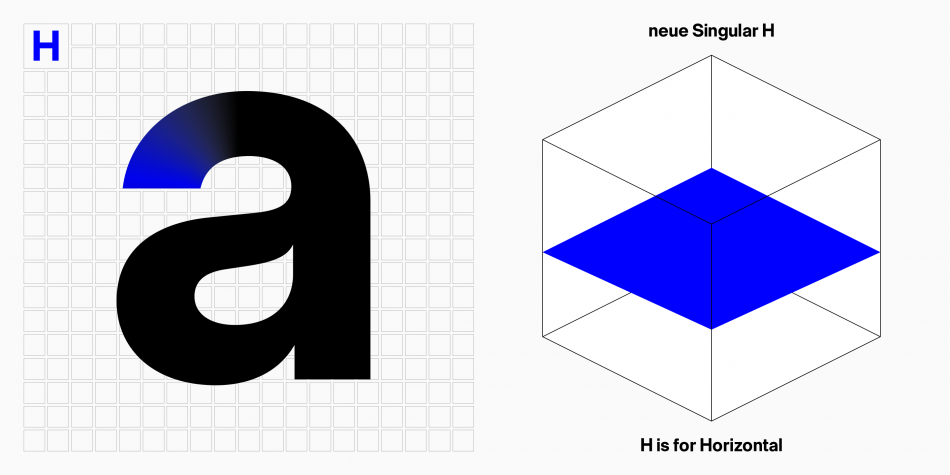 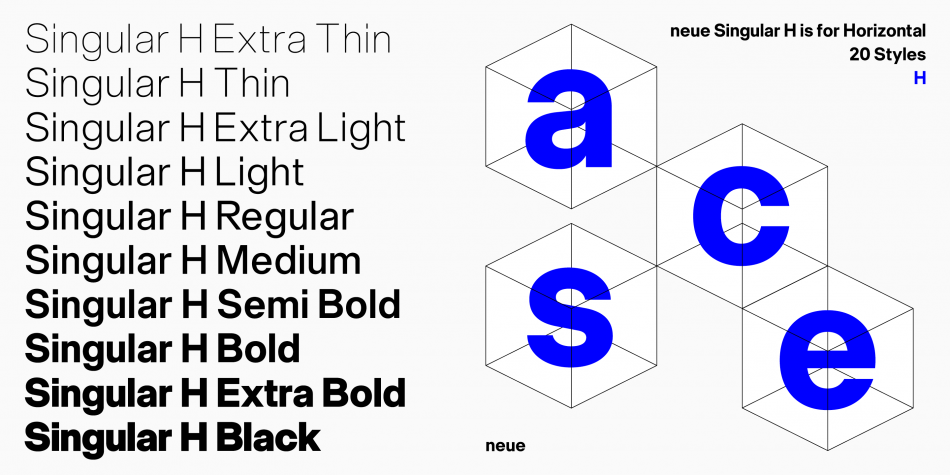 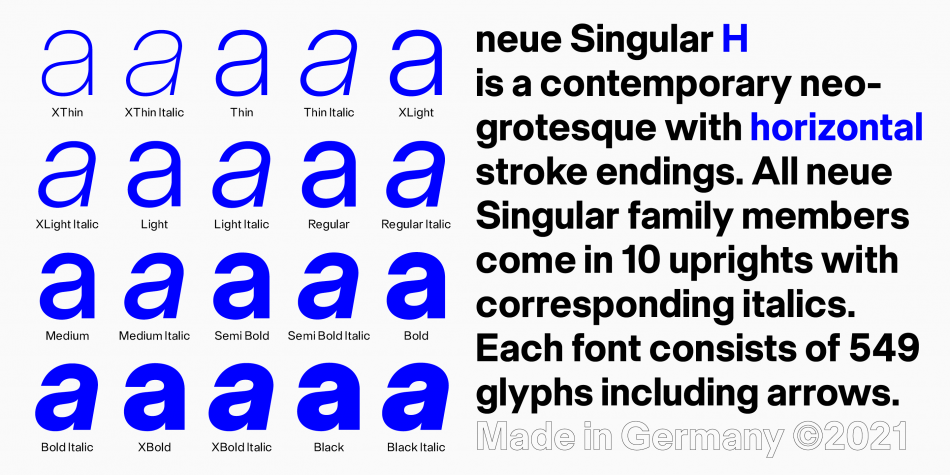 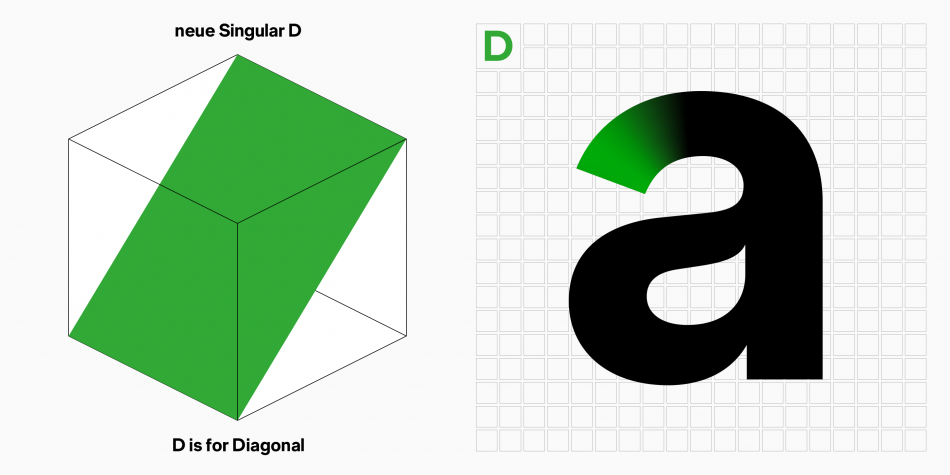 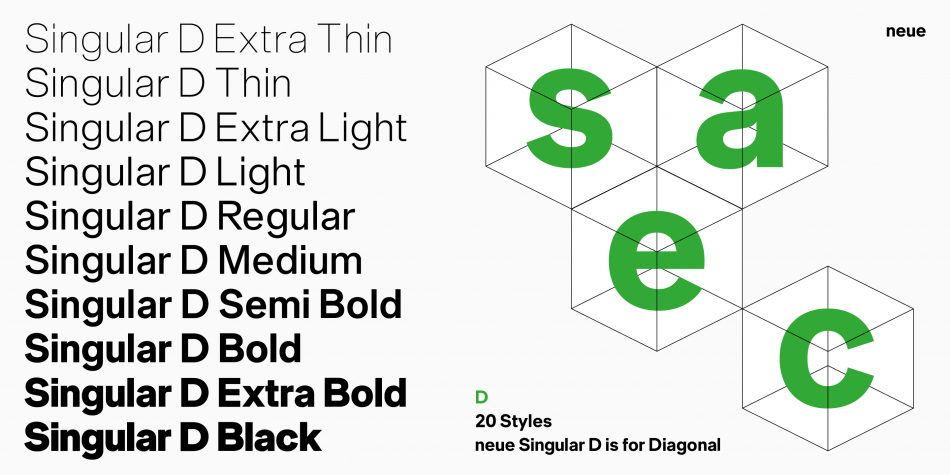 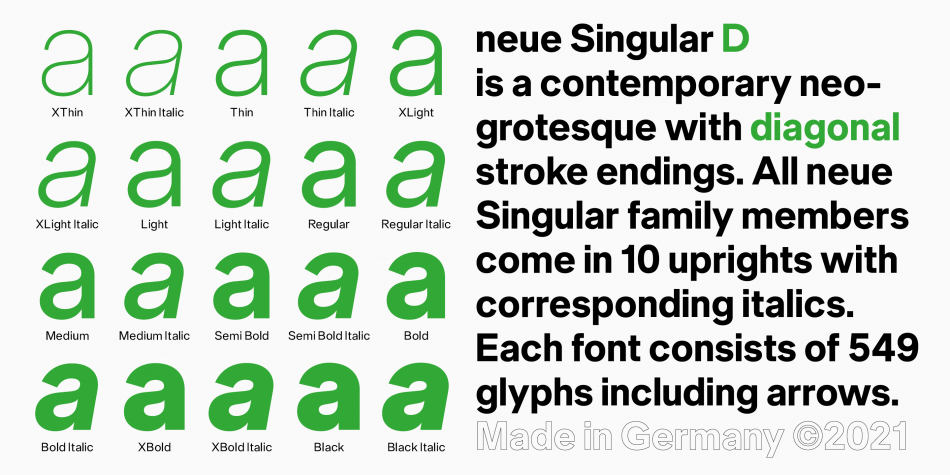 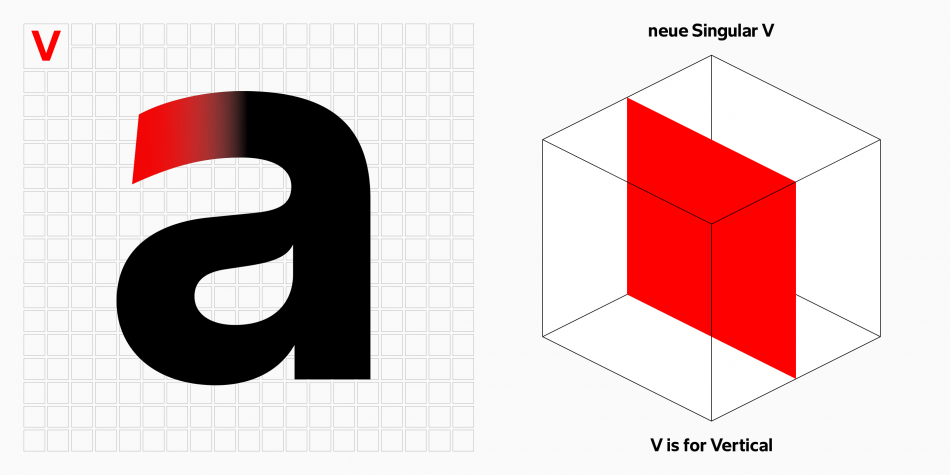 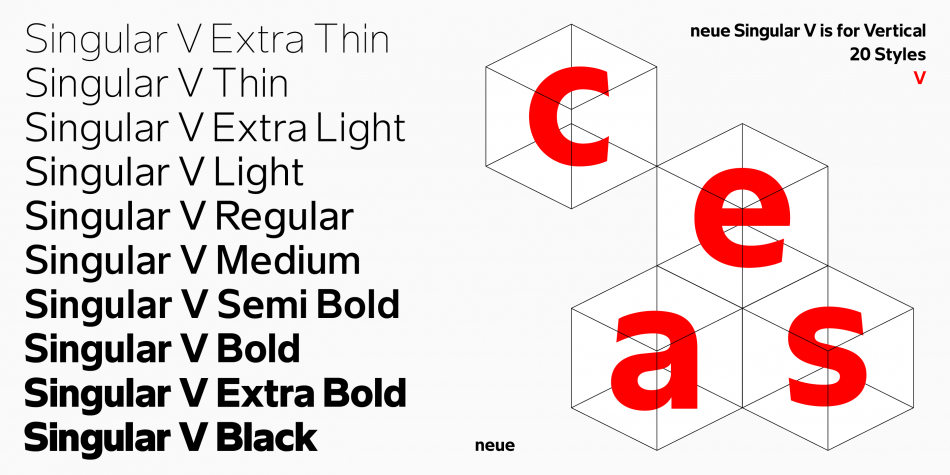 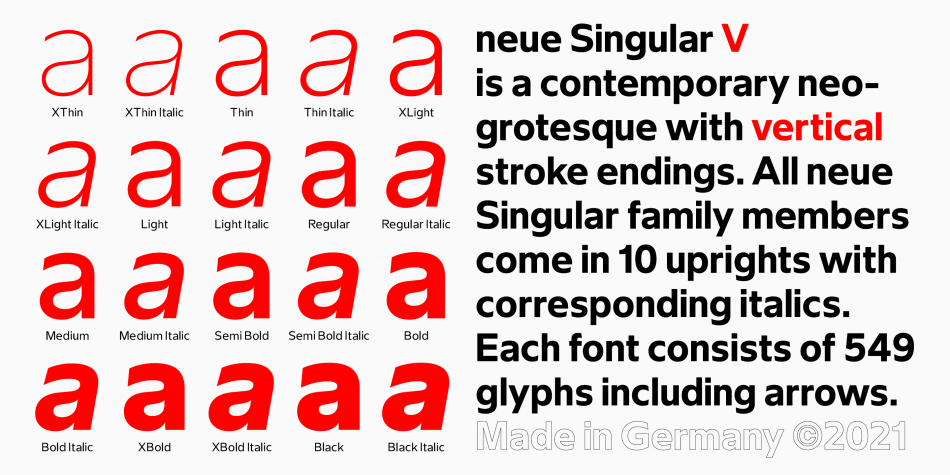 Designed by Alexander Roth, neue Singular is a sans serif font family. This typeface has sixty styles and was published by Neue.

neue Singular is a contemporary Neo-grotesque sans-serif designed in three variants. The suffixes H, D, and V indicate the corresponding treatment of the stroke endings: H for horizontal, D for diagonal, and V for vertical. Despite of the stylistic range neue Singular covers it is still one coherent typographic system that shares the same amount of weights, identical character sets and vertical dimensions. Professional typographers are encouraged to use the individual variants as optical sizes — neue Singular H for headlines, neue Singular D for copy and neue Singular V for the small print.

neue Singular is designed with space sensitive environments in mind. Environments such as interfaces, forms and wayfinding applications. The letter spacing is adjusted in a way that allows for switching weights and styles without a significant impact on the overall consumption of space.

Each neue Singular variant spans across no less than 10 weights ranging from Extra Thin to Black. The matching Italics add additional ways of distinguishing information but doing it so with the least possible compromise on the graphical quality of Neo-grotesque shapes. All 60 fonts of the neue Singular family are equipped with roundabout 550 characters including multiple figure sets, alternative characters and arrows. neue Singular is Made in Germany.

For trial or variable versions please reach out to hi@neuefoundry.com