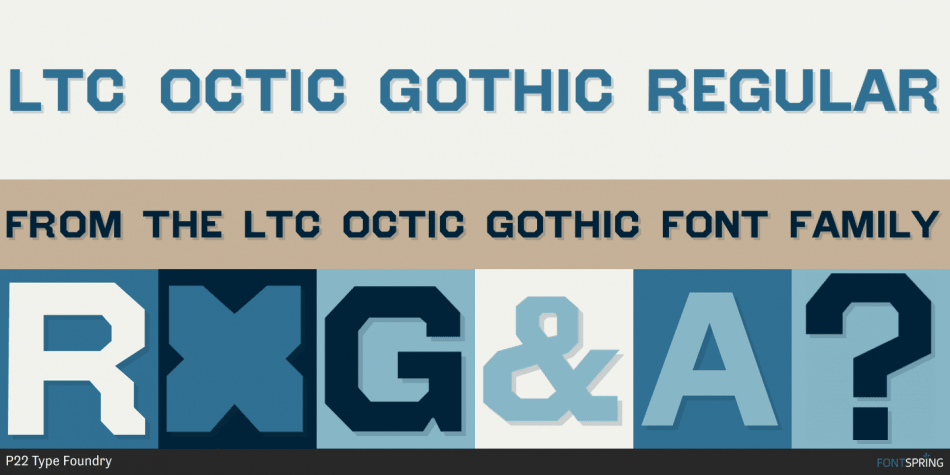 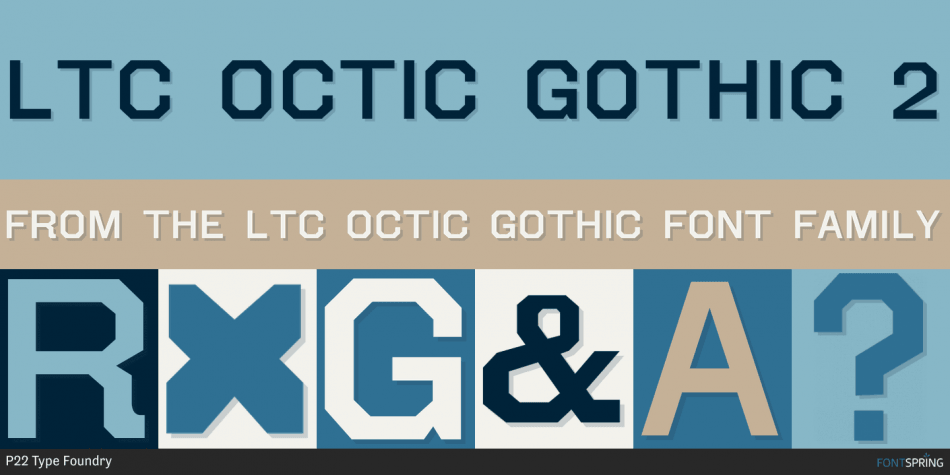 Designed by Colin Kahn, LTC Octic Gothic is a display sans font family. This typeface has two styles and was published by P22 Type Foundry.

A two font family. This contains every font in the LTC Octic Gothic Family.

As the name implies, this is a geometrically constructed font is based on an eight sided polygon. The Lanston issue of the 1930s was based on a 19th century design. The stark angularity of the face is both quaint and antique and at the same time oddly contemporary. Octic Gothic #2 is a more condensed and thinner version of Octic Gothic.