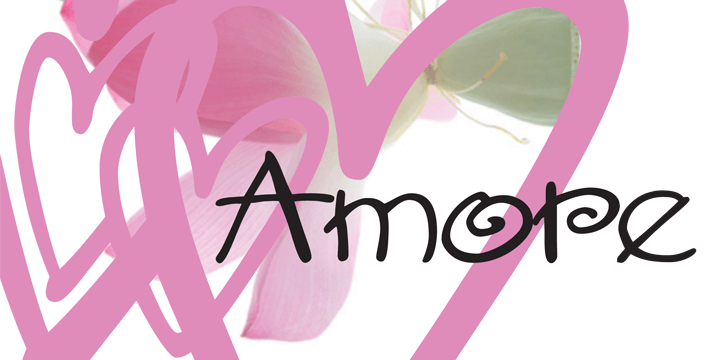 Designed by Gennady Fridman, Amore is a hand drawn font published by ParaType.

Typeface Amore belongs to the category of script fonts that imitate handwritings. The face is decorated by curls, flowers and hearts and has a naive charm typical to gushing young ladies. It can easily bring to your texts romantic mood, frivolity and summer lightness. Useful for invitations, picture-cards, posters, funny headers and in advertising lettering. Designed by Gennady Fridman. First version in Cyrillic-Western character set was developed in 2004. Extended Latin and Cyrillic version was prepared and released by ParaType in 2012.