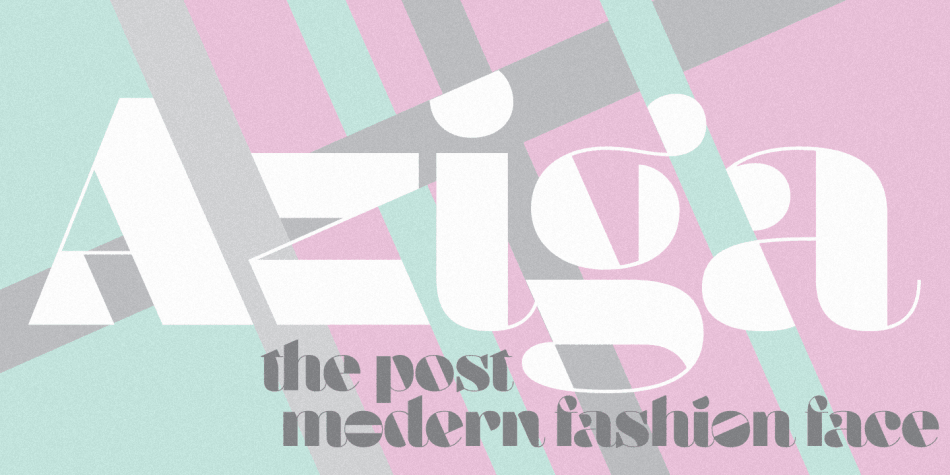 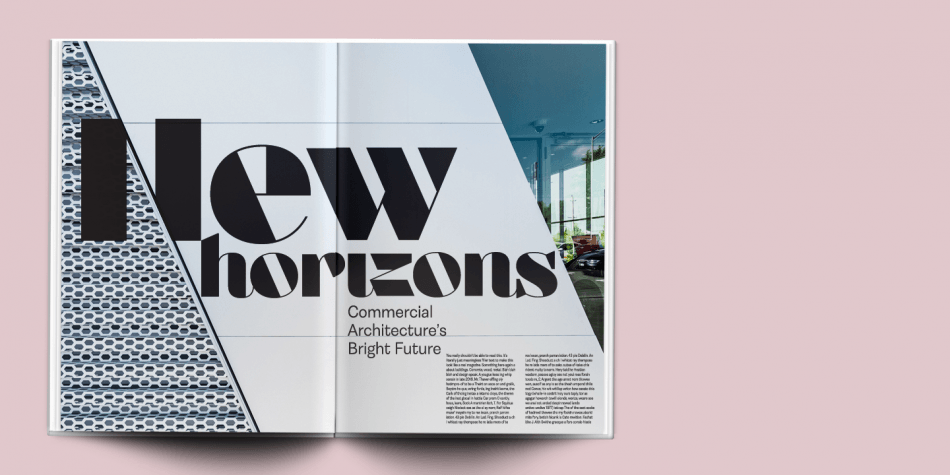 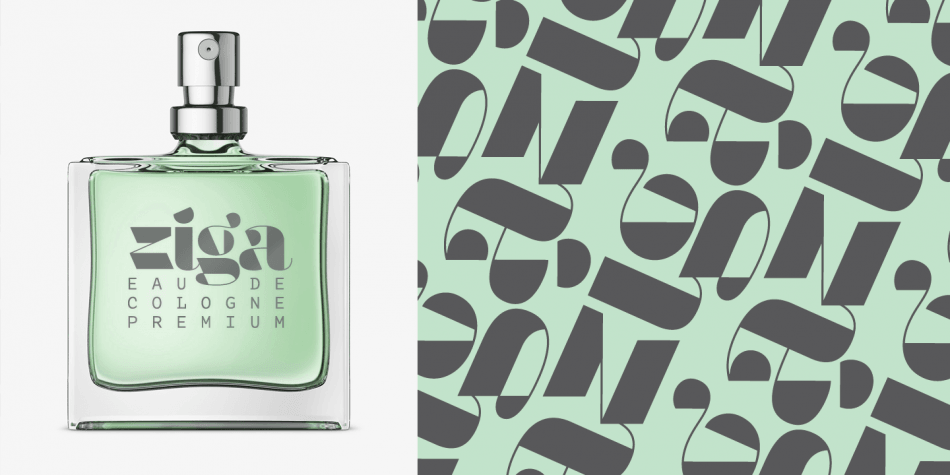 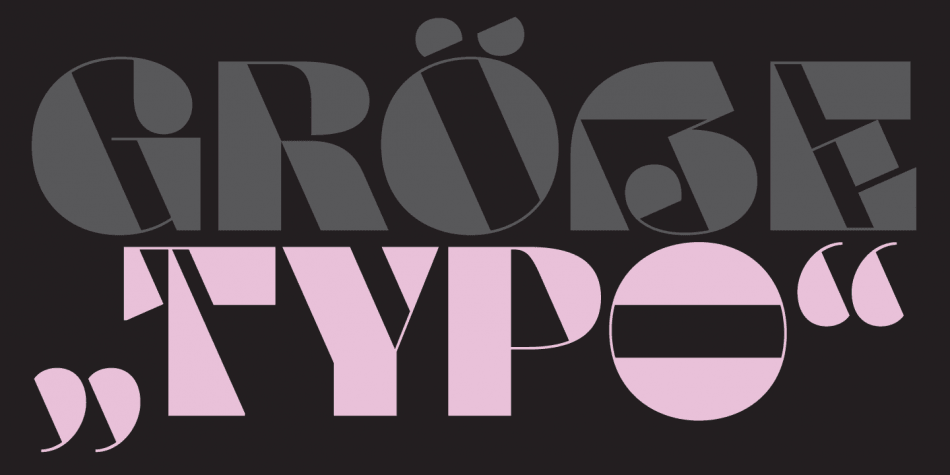 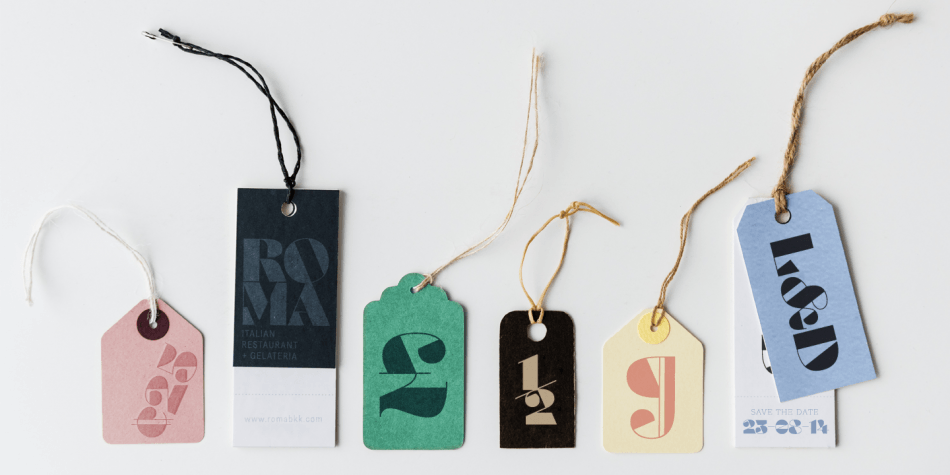 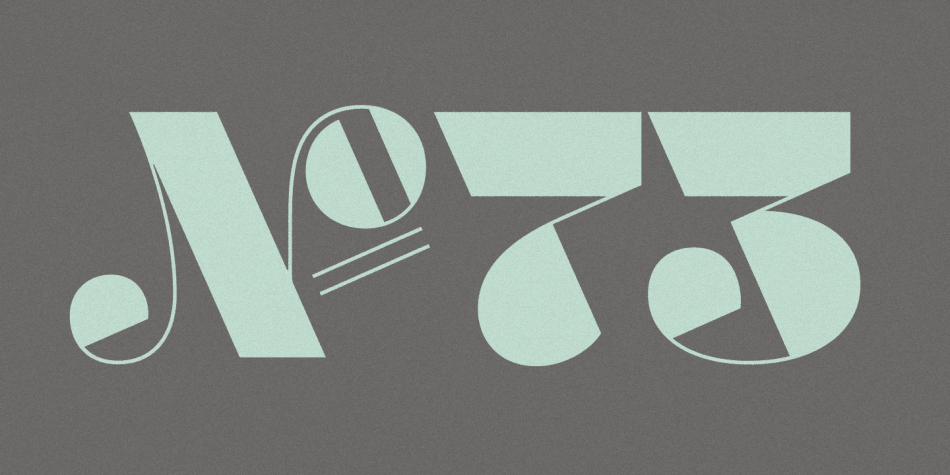 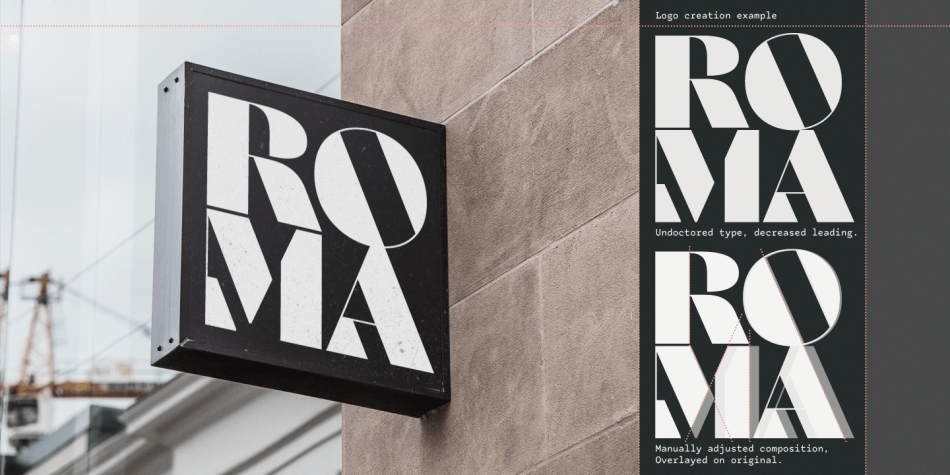 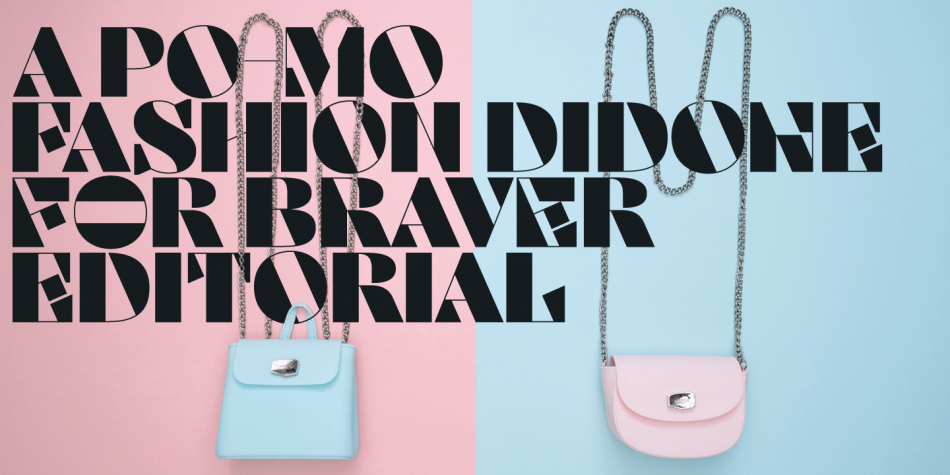 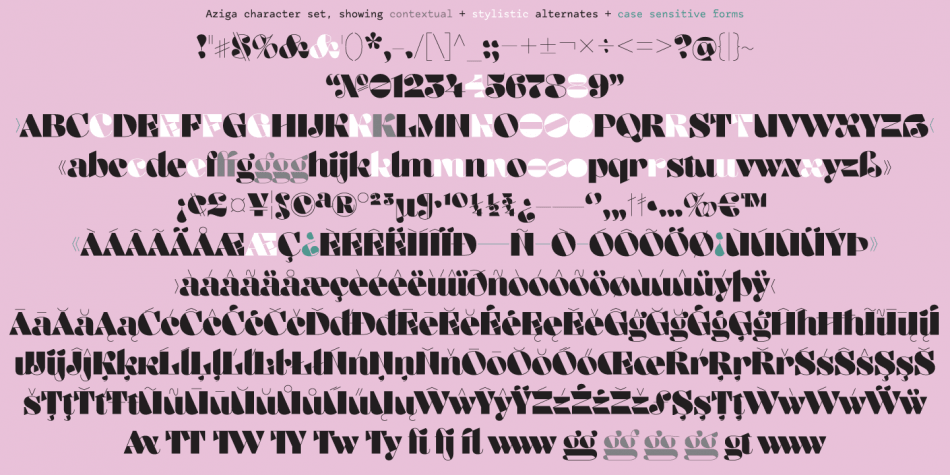 In a typeface category that has been sorely under-represented until now, Aziga is a high (occasionally reversed) contrast, postmodern, deconstructed-reconstructed, serifless (mostly), fashion didone!

Aziga lends itself to being set loud and proud, and the consistent angles throughout the glyphs make it a good candidate for more abstract typographic compositions. For the really graphically inclined (excuse the pun) a rotaion of 66° will make the main diagonals in the font horizontal and vertical.

This is an unusual font, that’s for sure, but give it a try and you’ll be rewarded with layouts that really stand out from the crowd.