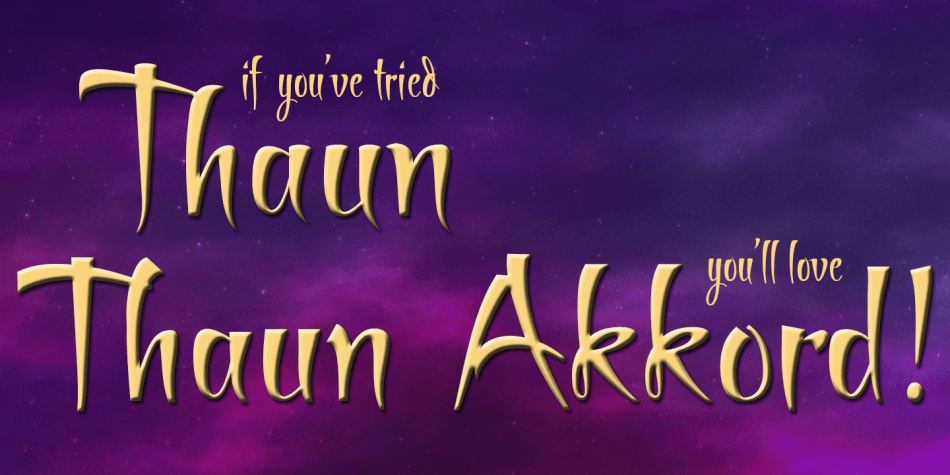 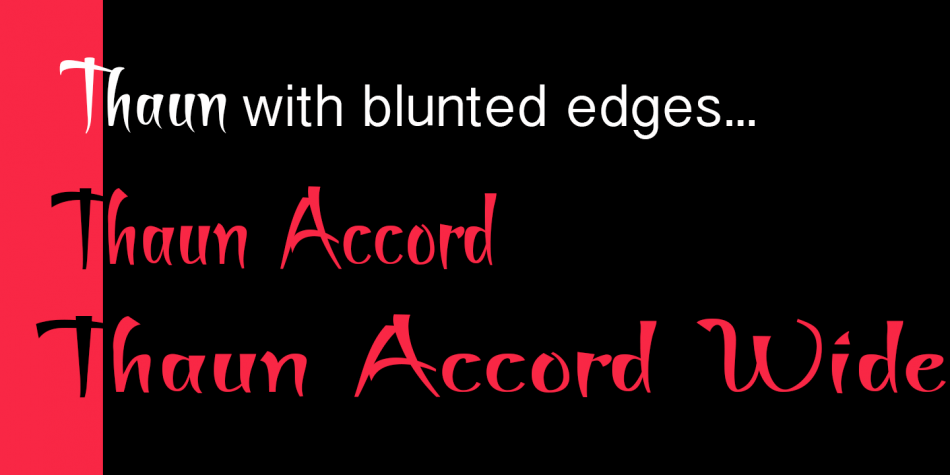 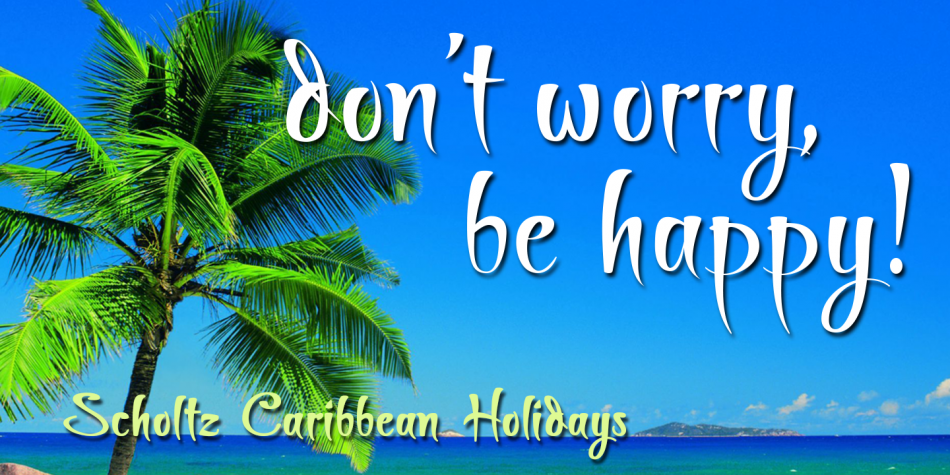 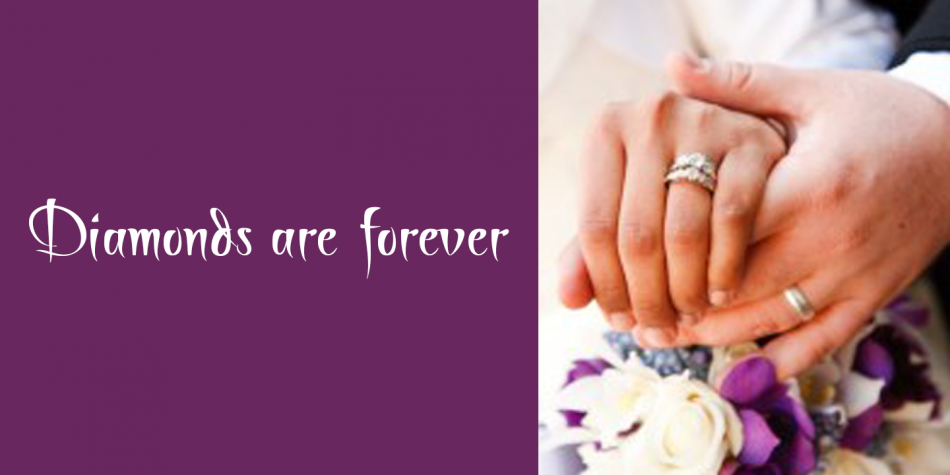 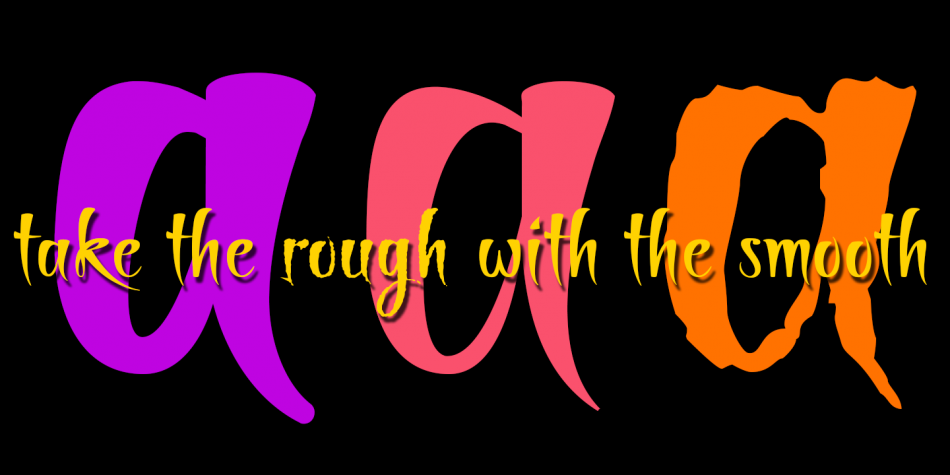 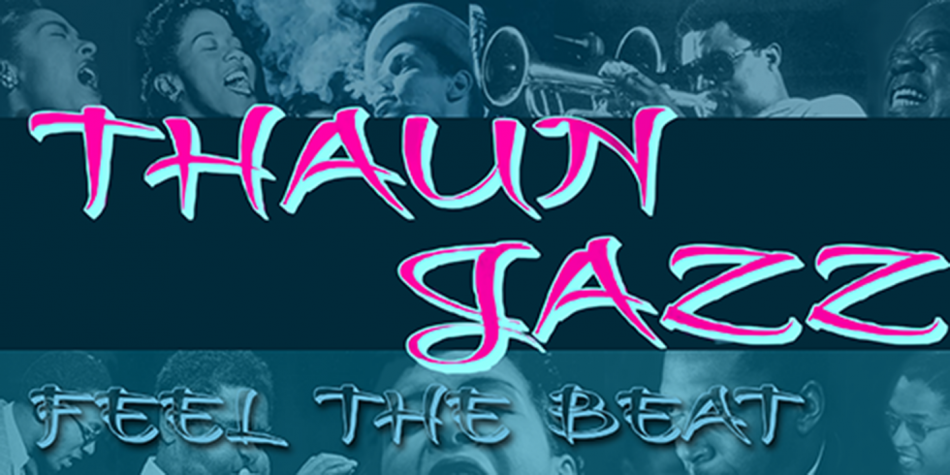 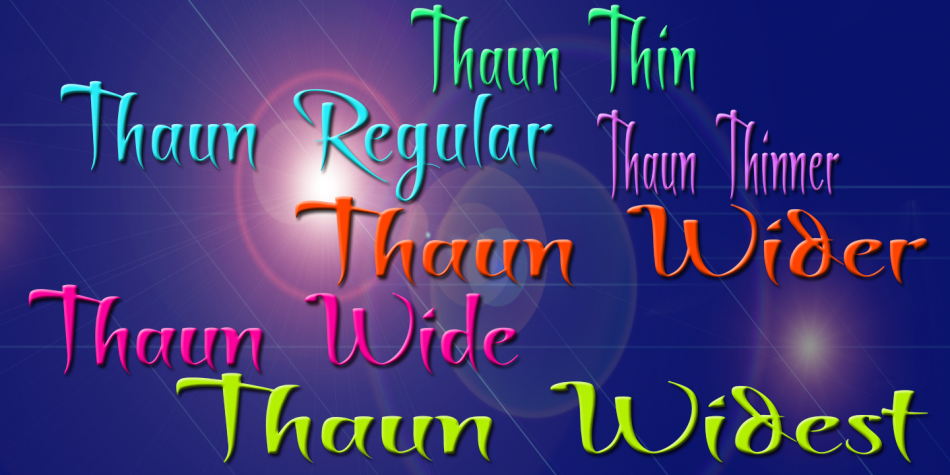 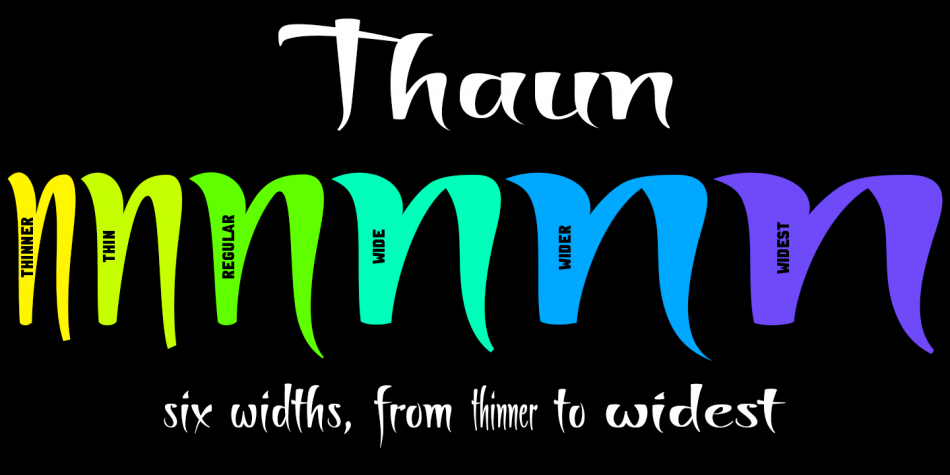 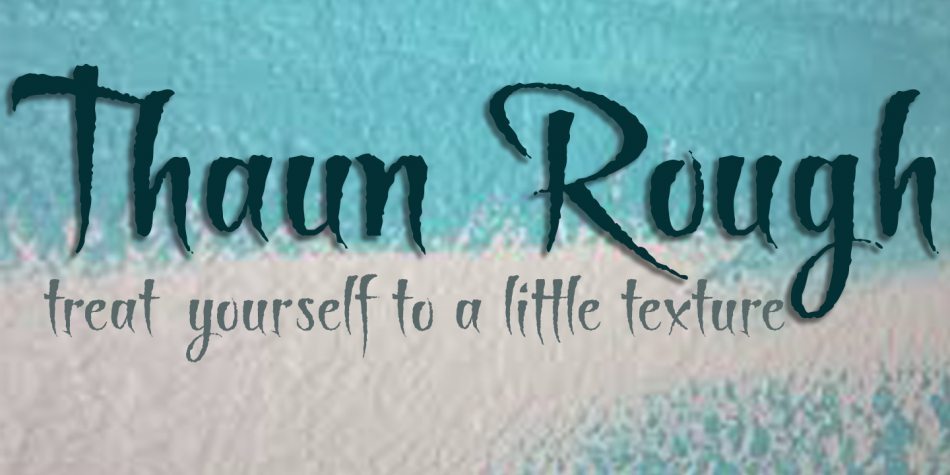 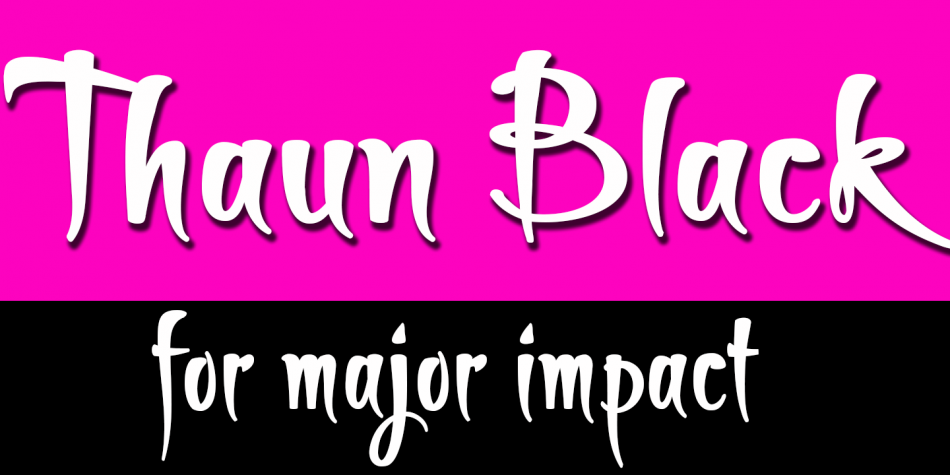 Designed by Anton Scholtz, Thaun is a hand display font family. This typeface has eleven styles and was published by Scholtz Fonts.

I can best describe the Thaun family as a general purpose display family, inspired by Scholtz Fonts’ Delikat. I wanted to produce a display font that was more robust than Delikat, without losing the delicacy of the original. In order to do this I thinned solid, curved strokes toward the baseline, and let them dwindle to gently rounded points.

As a graphic designer I became aware that designs that used a number of styles from the same family seemed to work well. This was easily done using a standard sans serif font such as Arial or Helvetica. However, when a different look is needed, display fonts do not always have a the variety of different styles that are necessary to produce a coherent design.

Thus with Thaun, the challenge was to create a coherent family based on a display font.  The archetype of this family is Thaun Regular with six different widths forming closely related styles. There are also two variants of the archetype i.e. Thaun Black & Thaun Rough to add variety to the primary style. An additional sub-family, Thaun Accord, appears in two widths. Thaun Jazz is a wide three dimensional variation.

Thaun has all the features usually included in a fully professional font.  Language support includes all European character sets, Greek symbols and all punctuation. Opentype features include automatic replacement of some characters and discretionary replacement of stylistic alternatives.