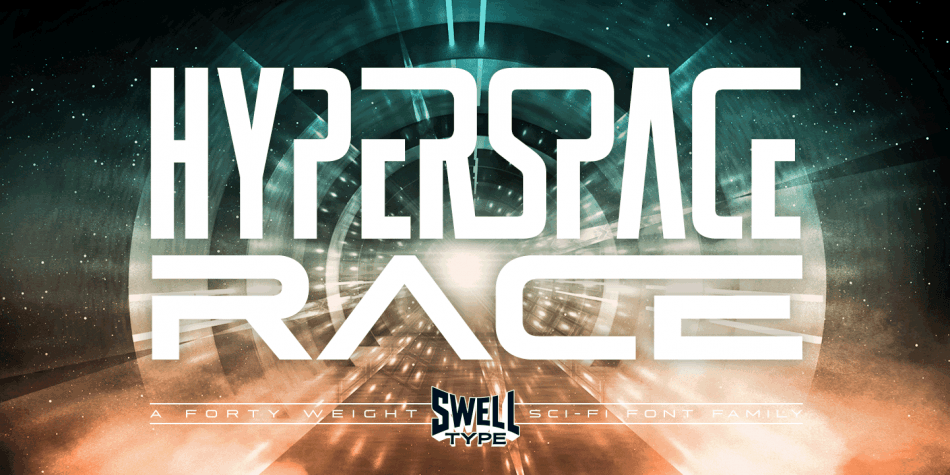 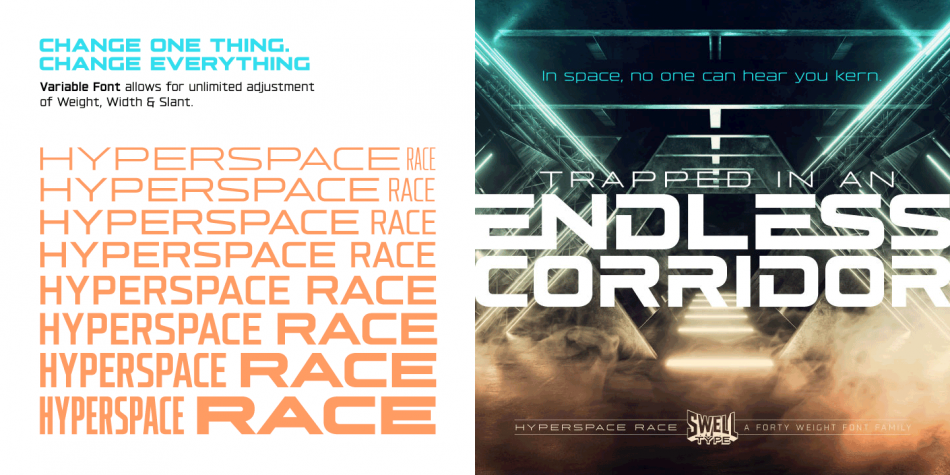 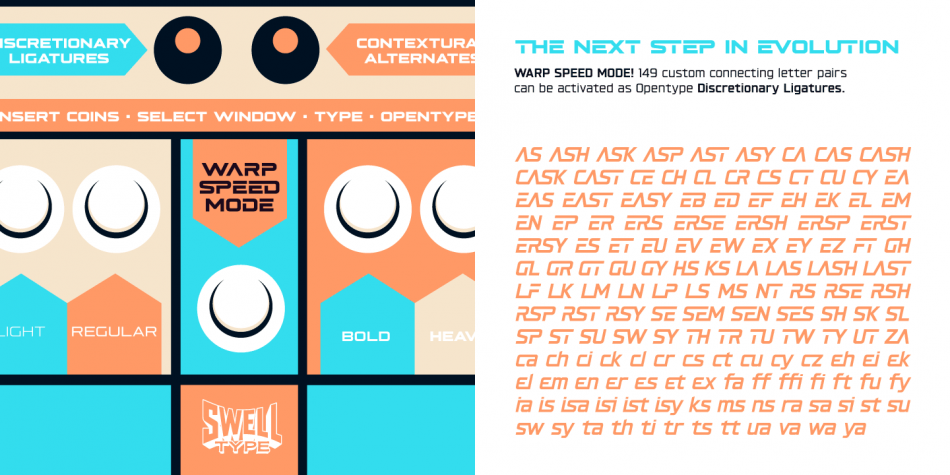 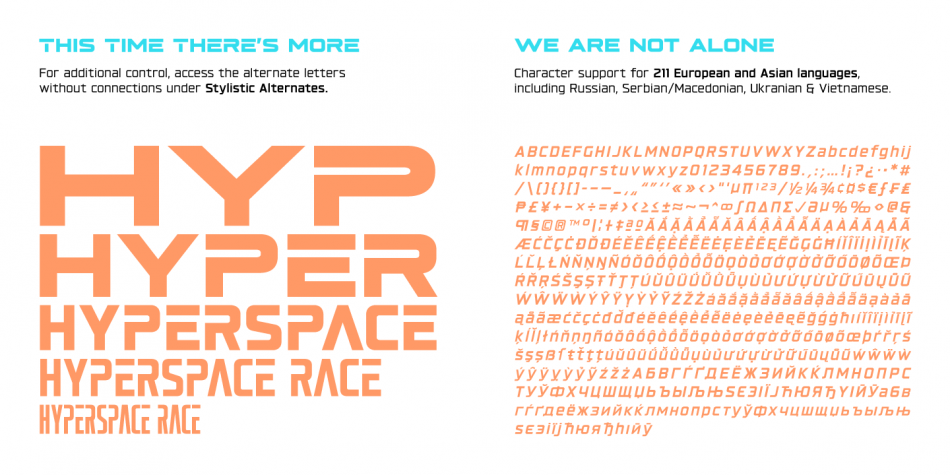 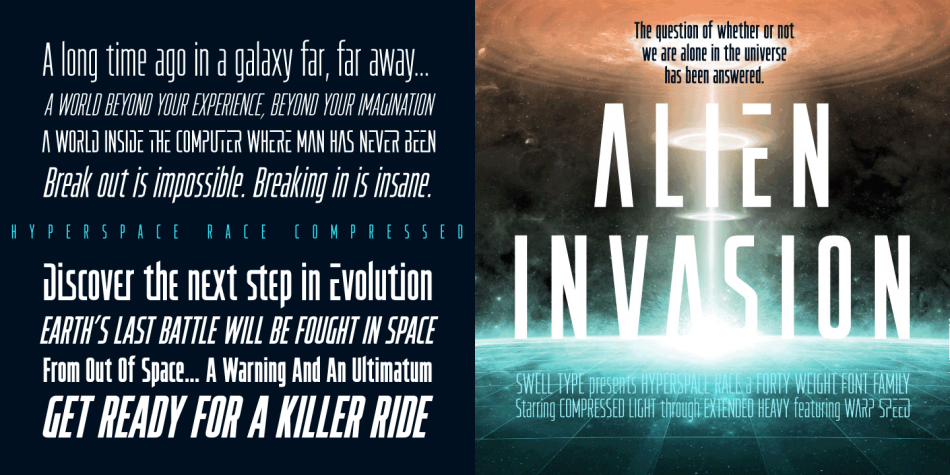 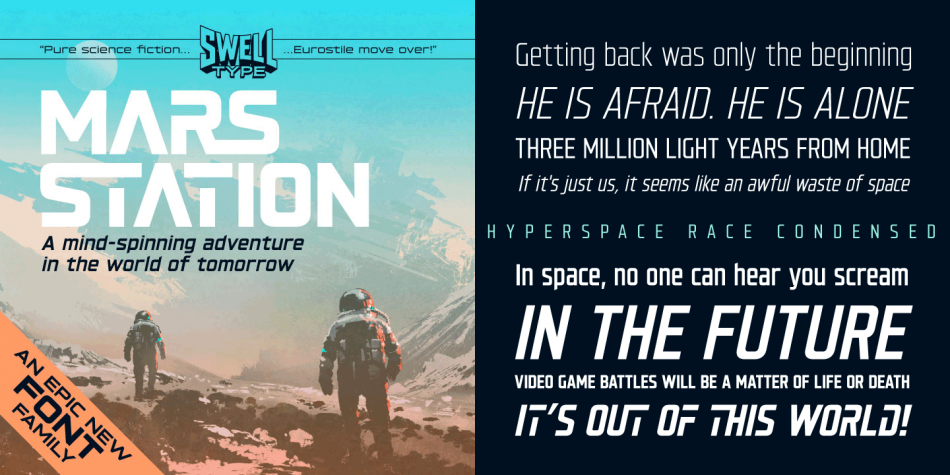 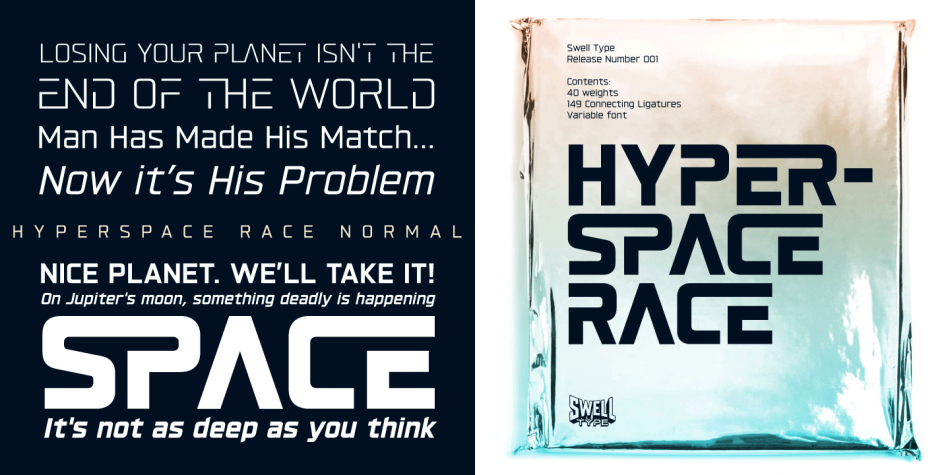 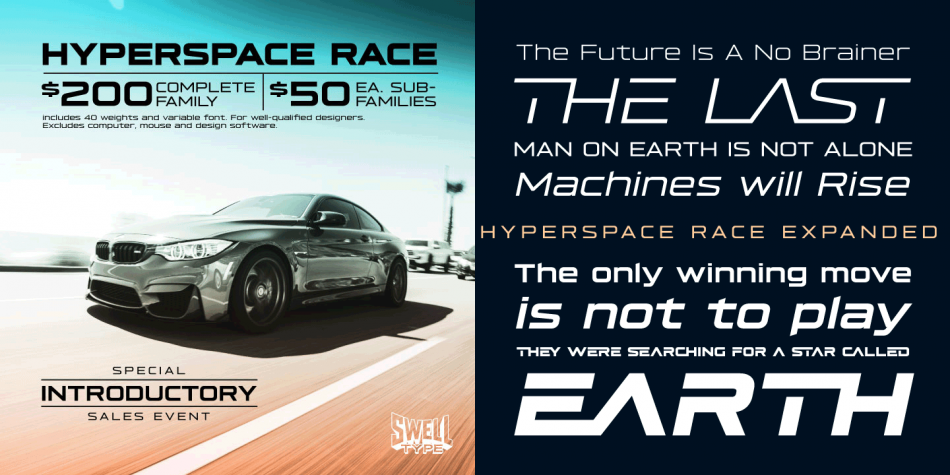 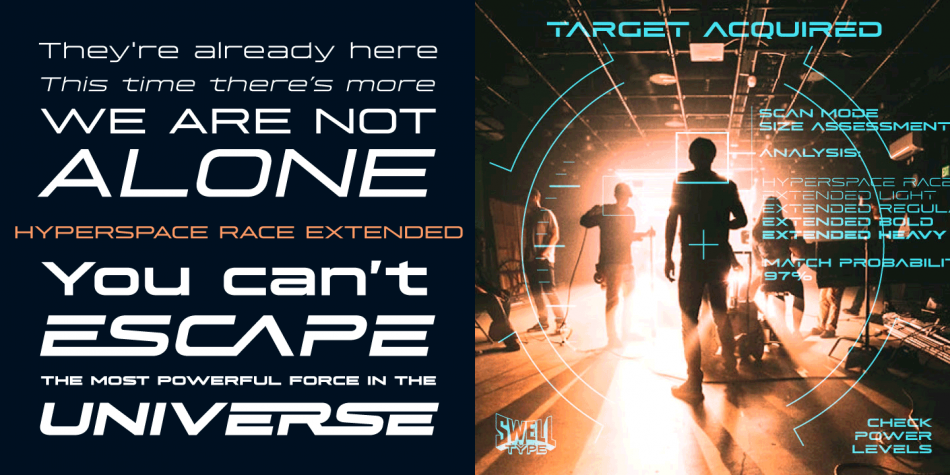 Hyperspace Race is a sans serif font family. This typeface has forty-one styles and was published by Swell Type.

It had to happen: we reached into the future and returned with the ultimate hyper-wide hyper-condensed hyper-thin hyper-bold font: HYPERSPACE RACE!

See the Variable and Opentype features in action as I re-create 15 familiar sci-fi logos in under 2 minutes using only the variable font.