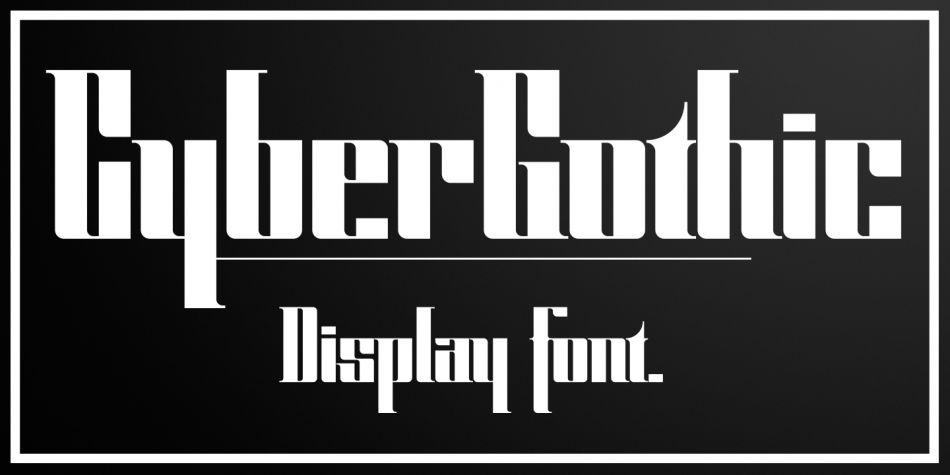 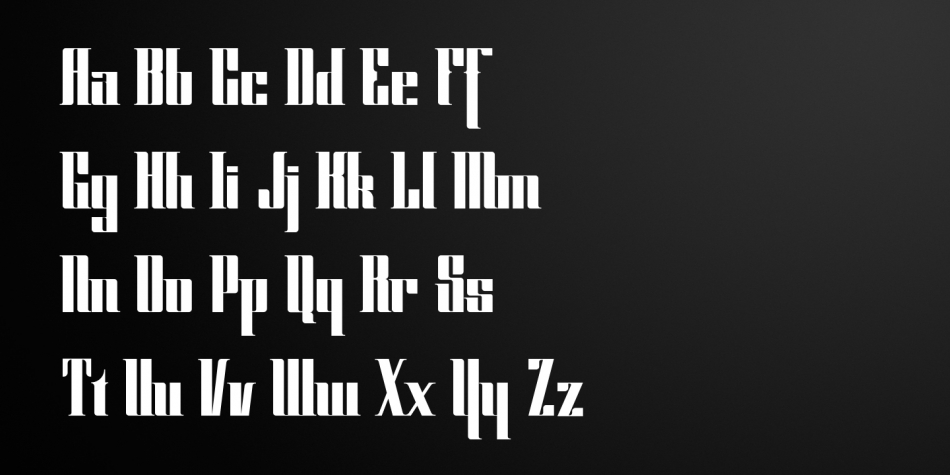 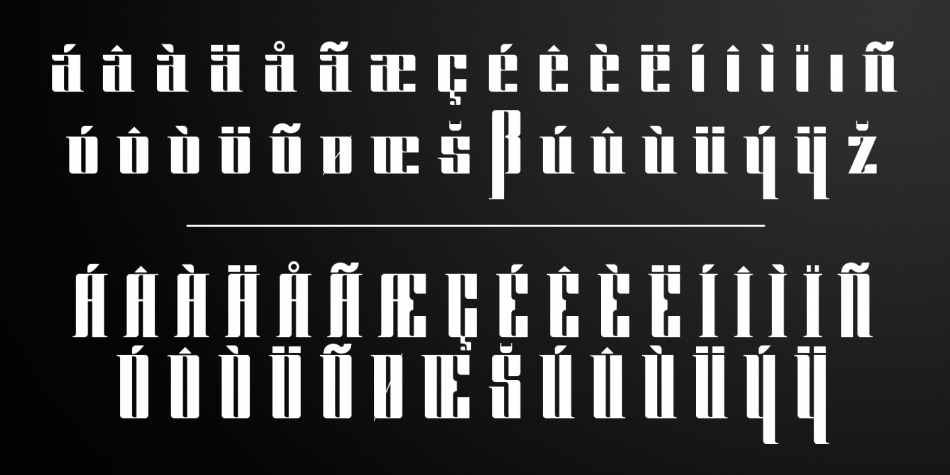 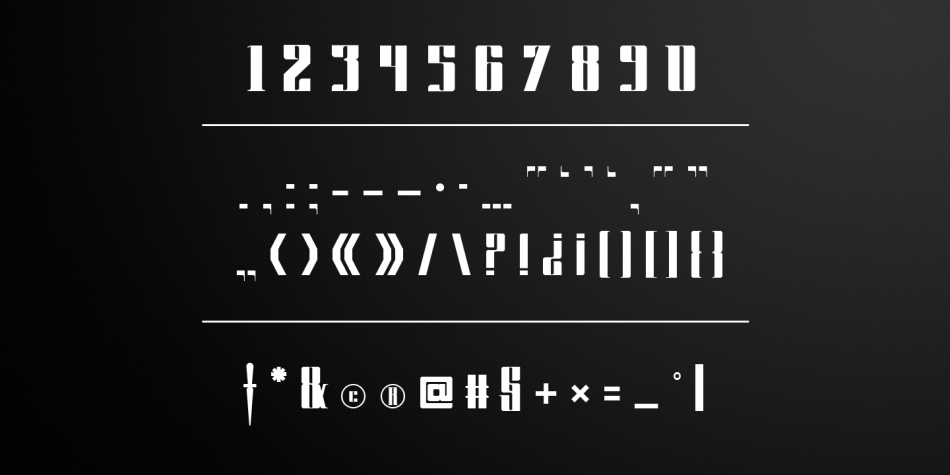 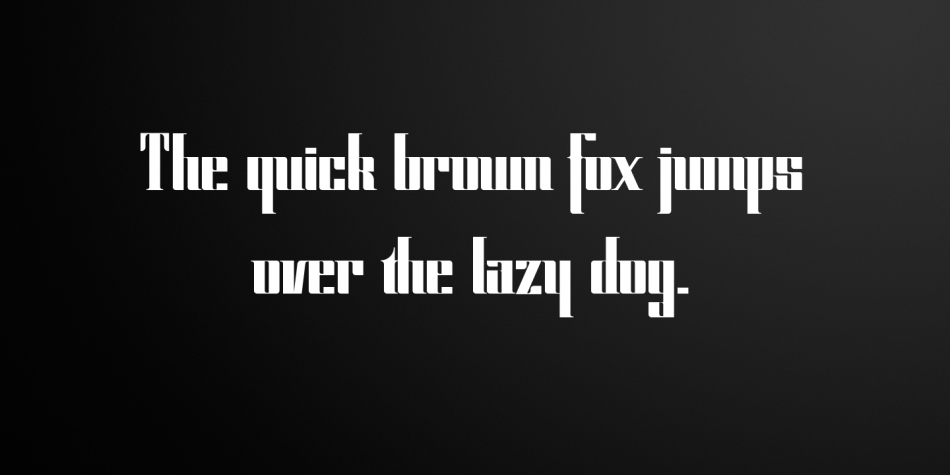 Designed by Tudor Banciu, CyberGothic is a display font published by tudy1311.

An aggresive typeface, through the harsh rhythm of heavy lines and thin serifs,plus narrow letterspacing.

This font has been made by writing with a 3mm calligraphy pen tip, trying to immitate a gothic style of writing out letters, but tilted all the way horizontally, instead of the normal 45° angle. By that rule alone, many decorative and intricate elements of the typeface had to be reduced to increase legibility. Then, the resulting letters were further geometrized in the vectorization process. A very stern, square-angled typeface is the result.

The serifs are mostly rounded, except for rectangular, decorative hairline serifs here and there.

In spite of its heavy and unforgiving aspect, it fits to many styles and looks. It is a headline font, it draws a lot of attention to itself through its dissonant, if geometric, presence.