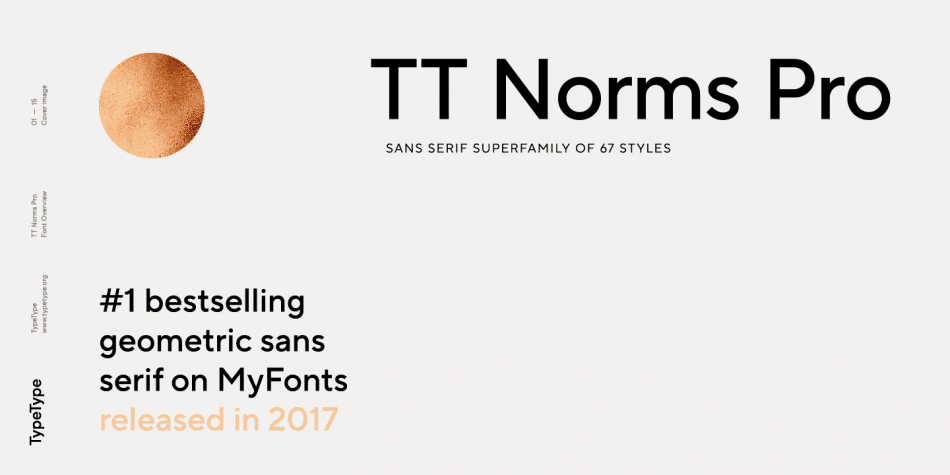 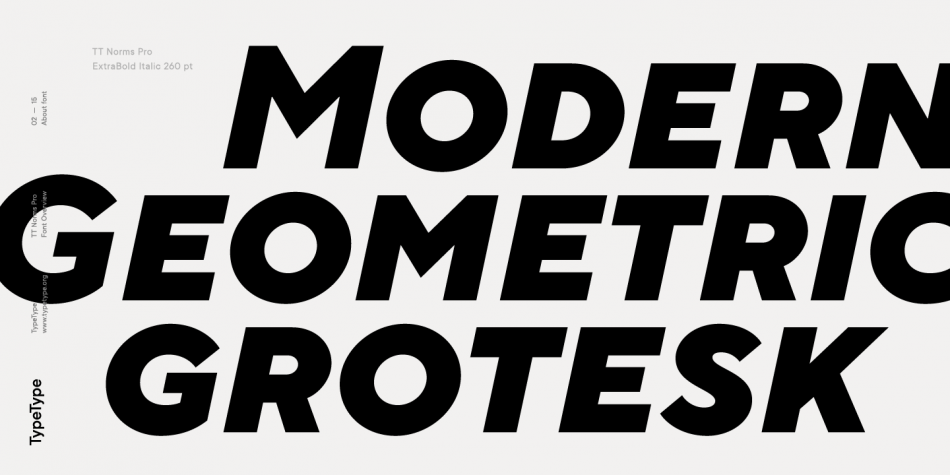 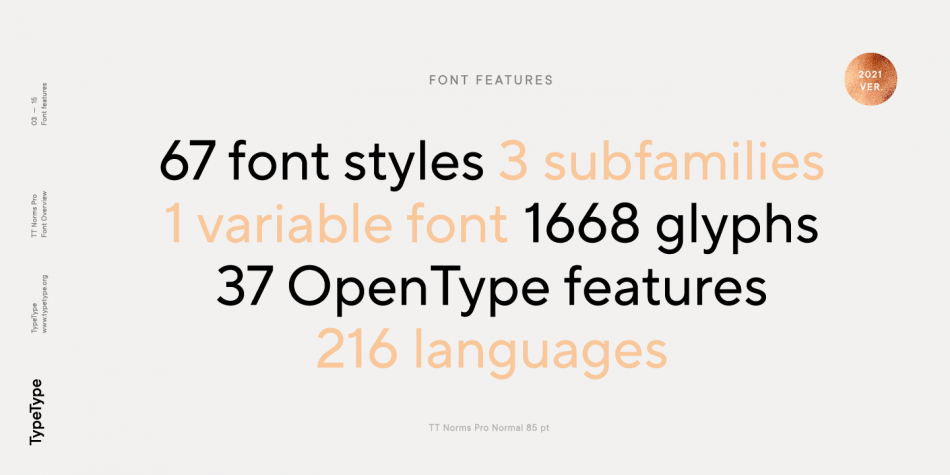 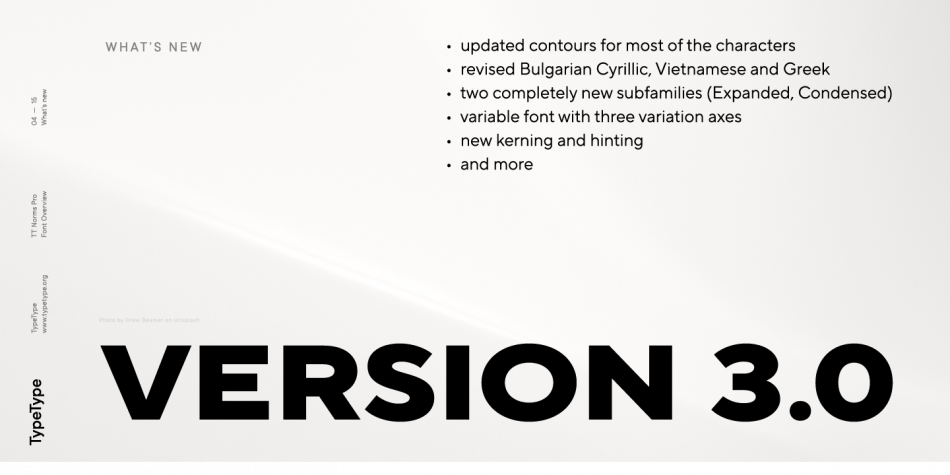 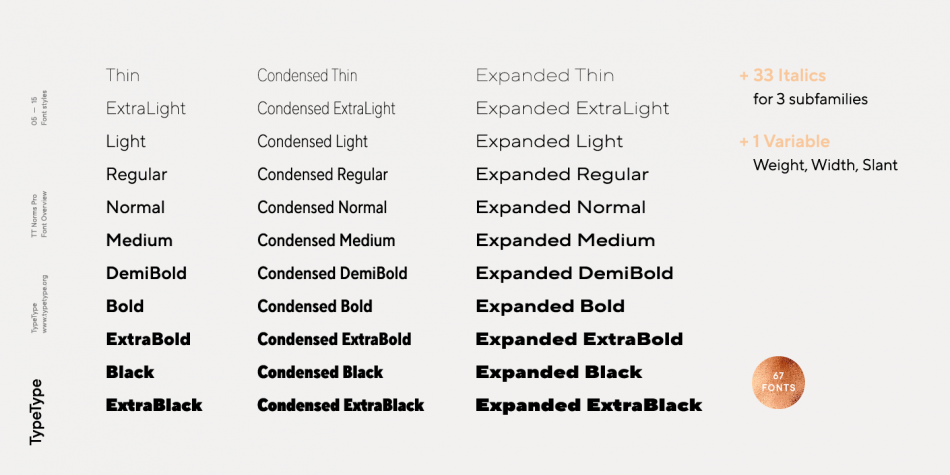 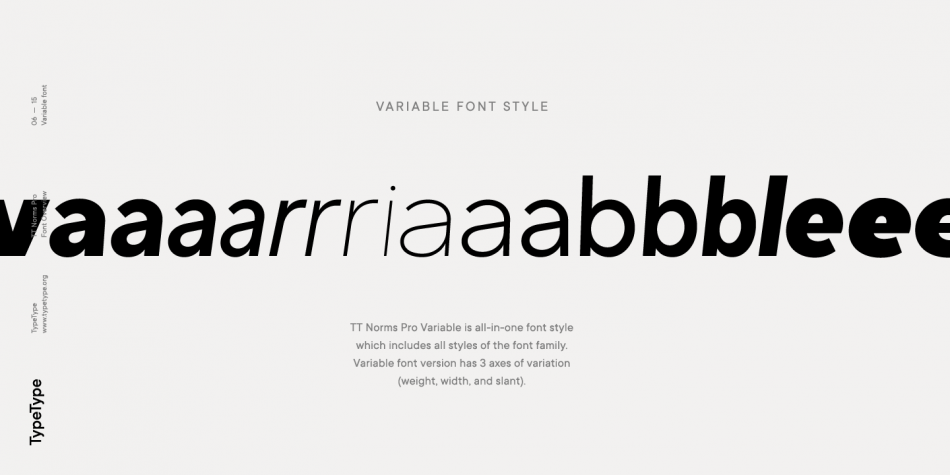 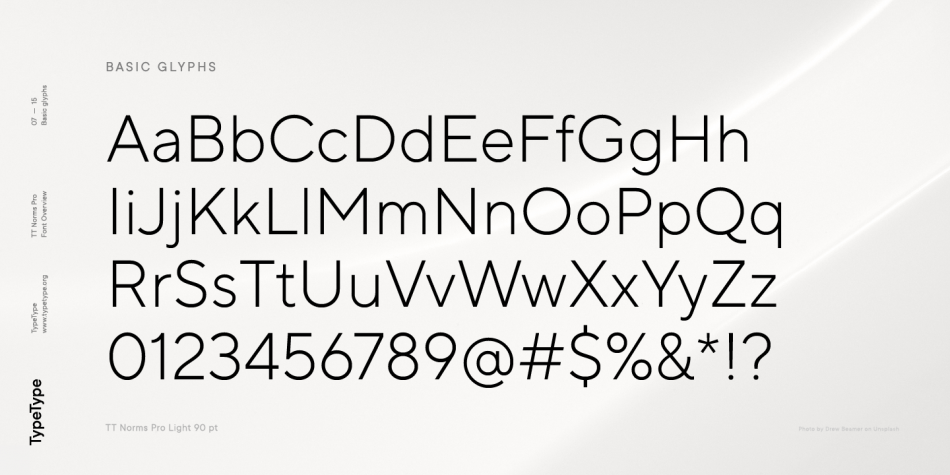 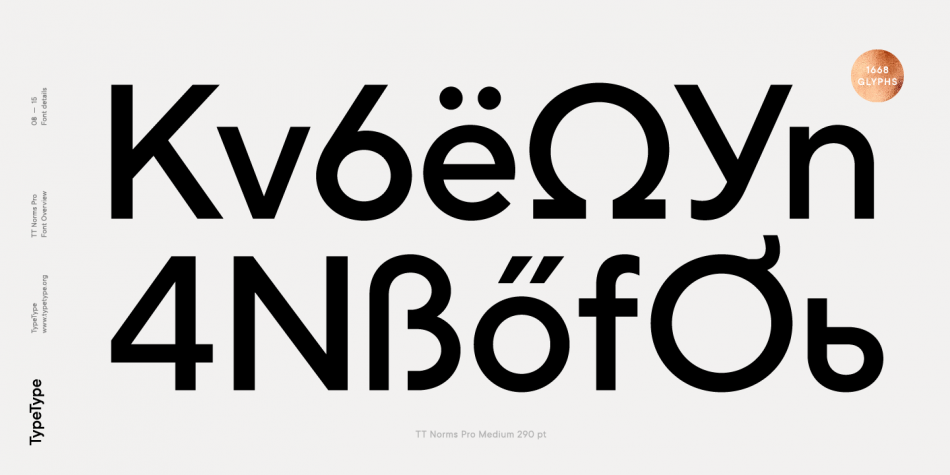 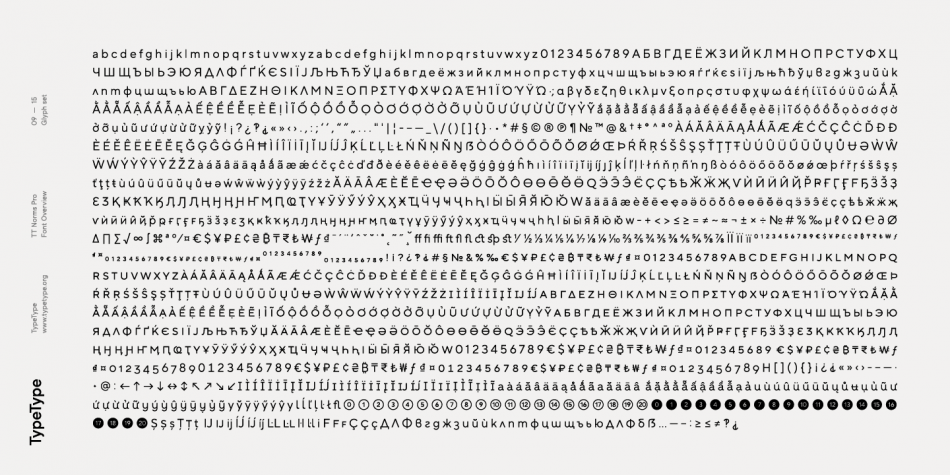 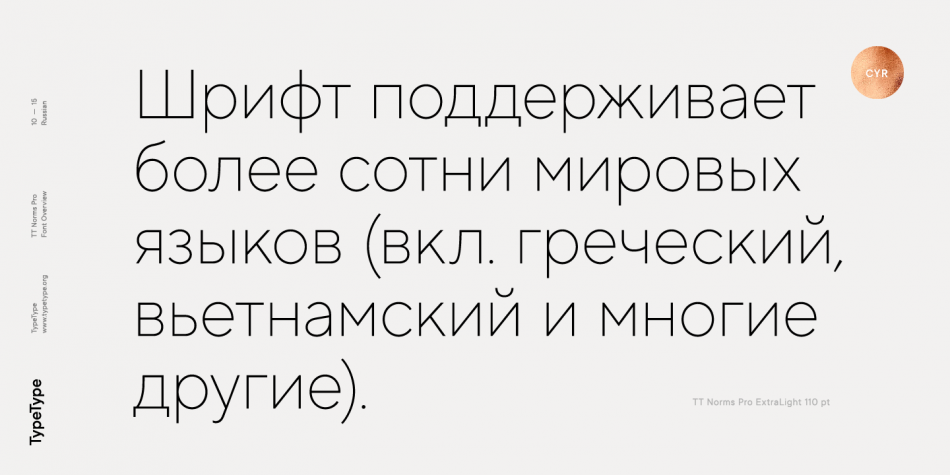 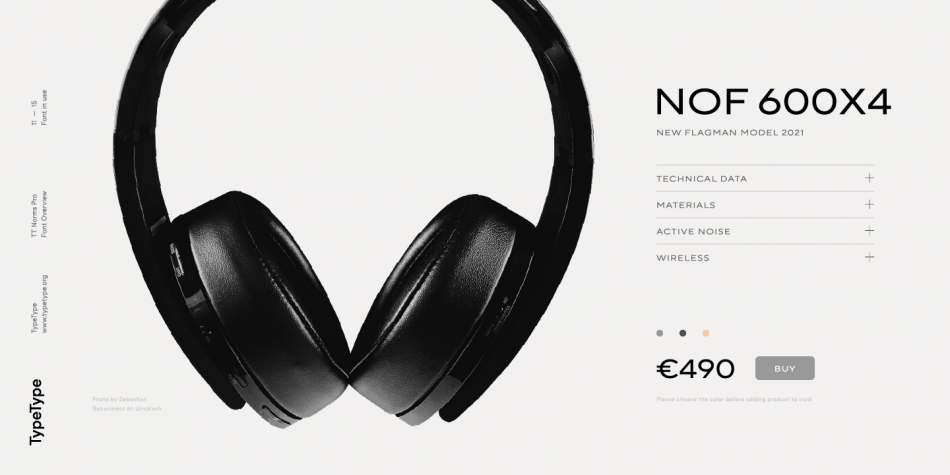 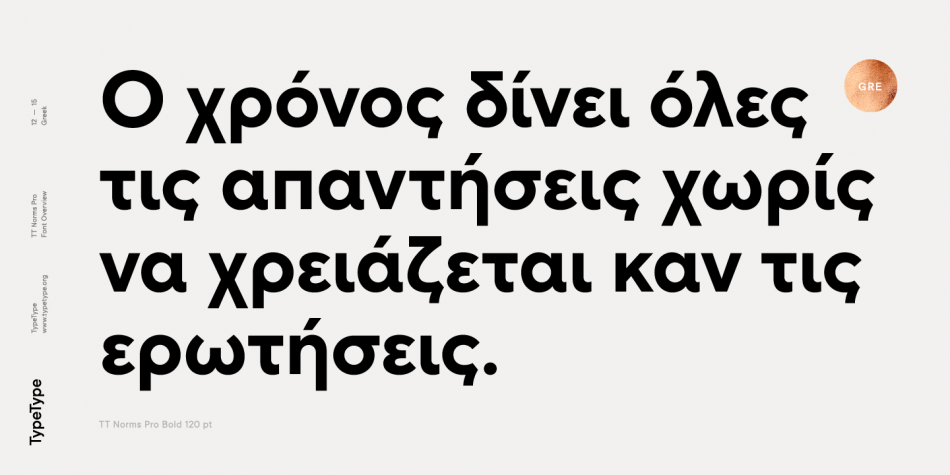 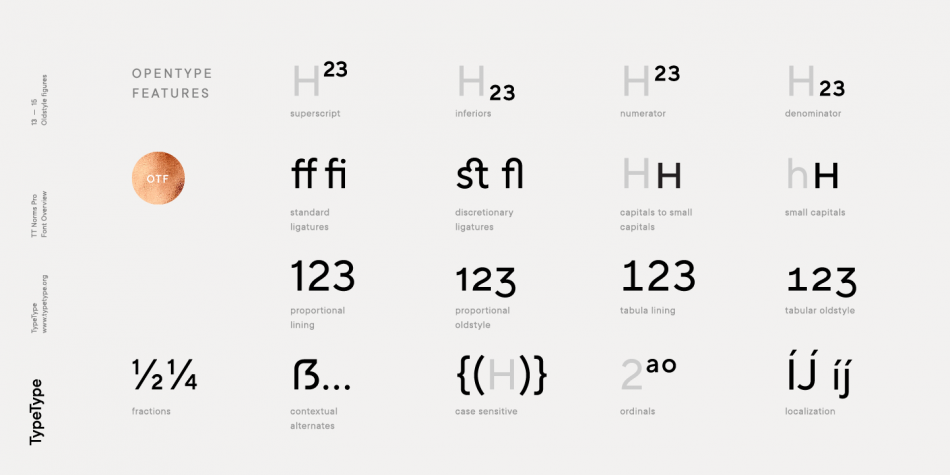 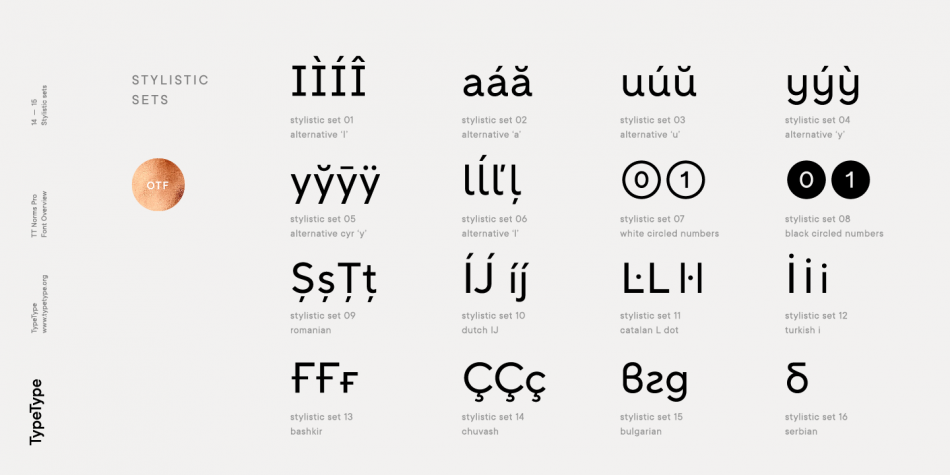 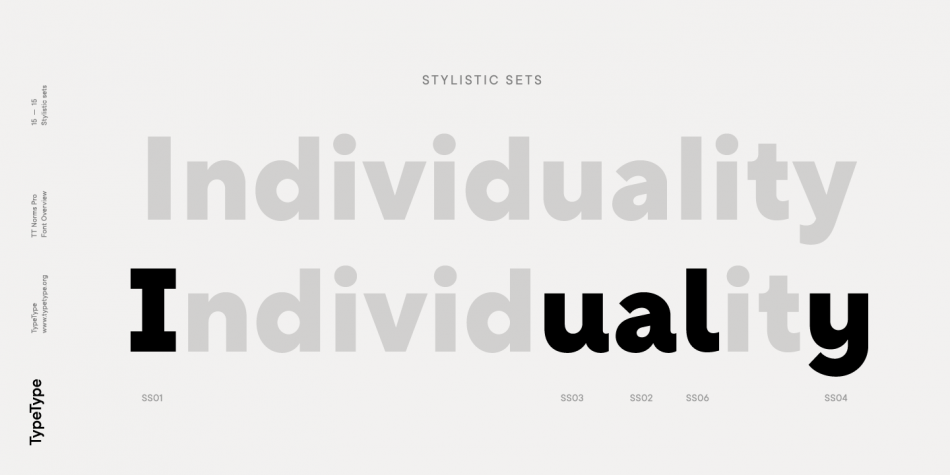 TT Norms Pro is a sans serif font family. This typeface has seventy styles and was published by Typetype.

We present to you the third version of the TT Norms Pro bestseller. In it, we tried to bring the font to the new, unprecedented level of functionality, visual quality and technical perfection.

We have audited ALL the characters in the font, made changes to almost every contour, changed the shape of the figure 1, edited the proportions of old style figures, unified the descending elements of the letters Д Ц Щ and corrected the spurs in letters Cc, as well as made sure all inktraps follow the same logic.

In addition, we reviewed the expanded Cyrillic and updated the shapes of Bulgarian Cyrillic, as well as the design of Vietnamese and Greek languages.

After that, we drew two completely new subfamilies, Expanded and Condensed, thanks to which you can significantly expand the functionality of the font family and use it in previously unavailable areas.

We also implemented new kerning and hinting and specified the names of all features for the users of Adobe graphic editors.

And for the most refined users, we have prepared a variable font which unites all the functionality of the font family. In it, we have implemented three variation axes: weight, width, and slant.