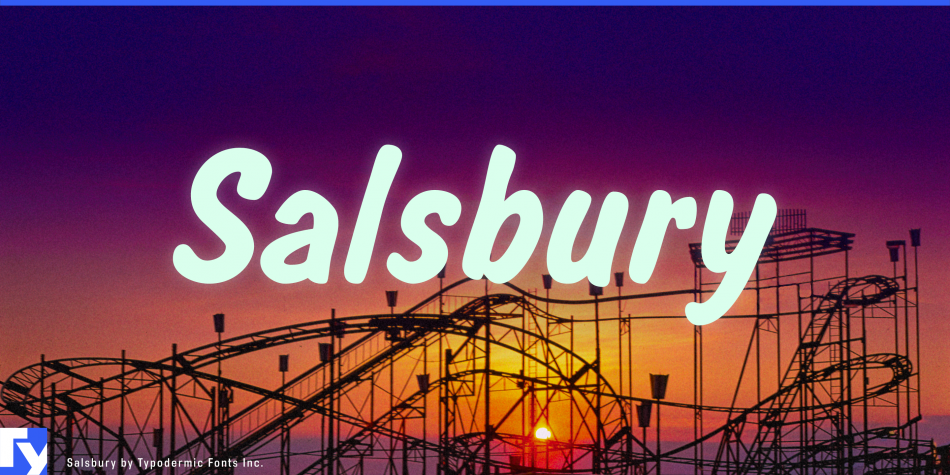 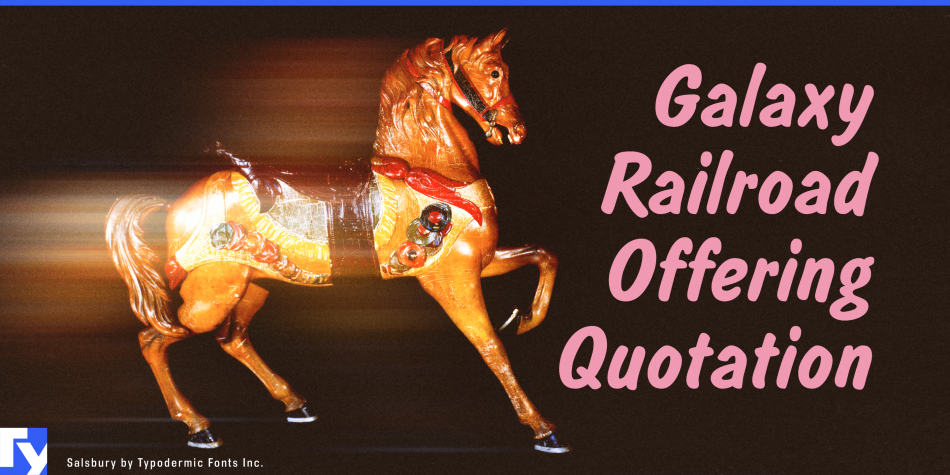 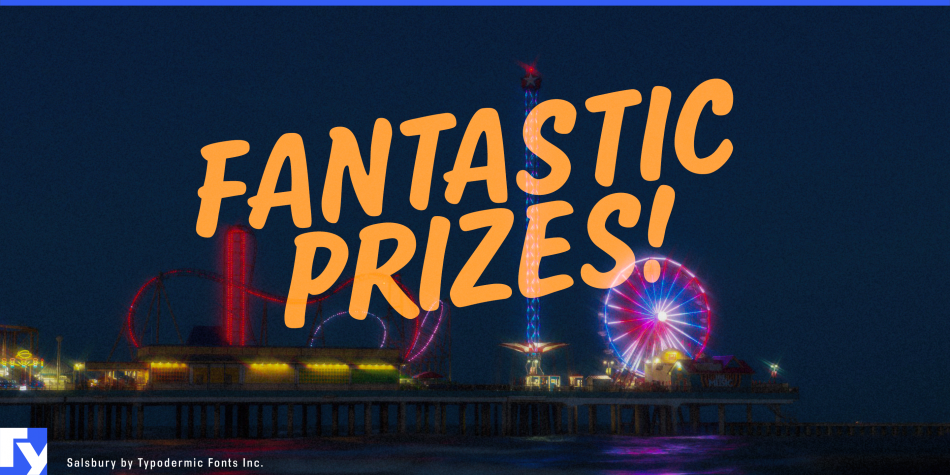 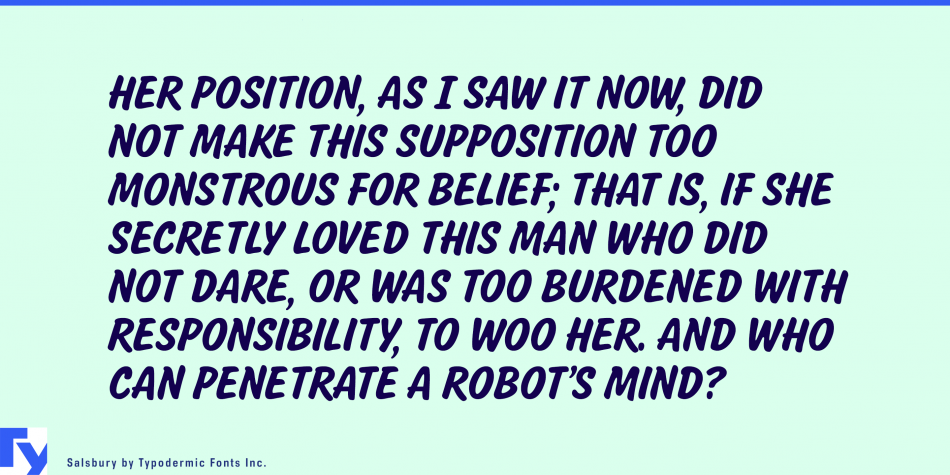 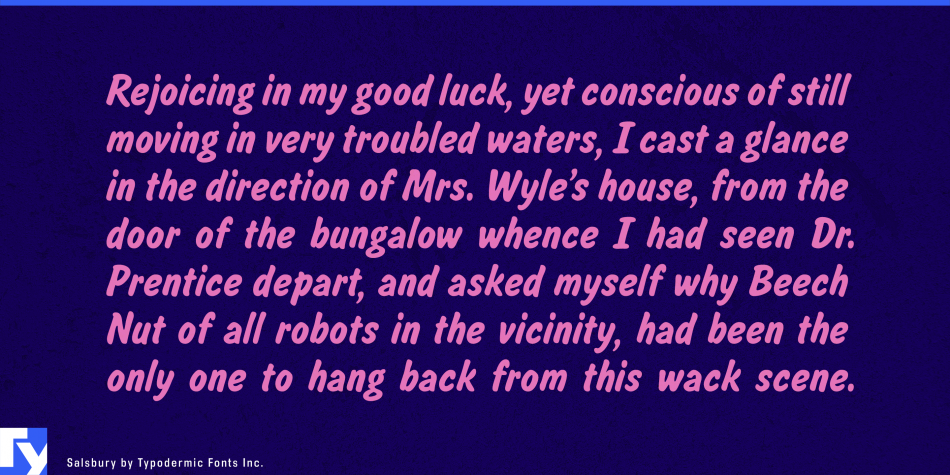 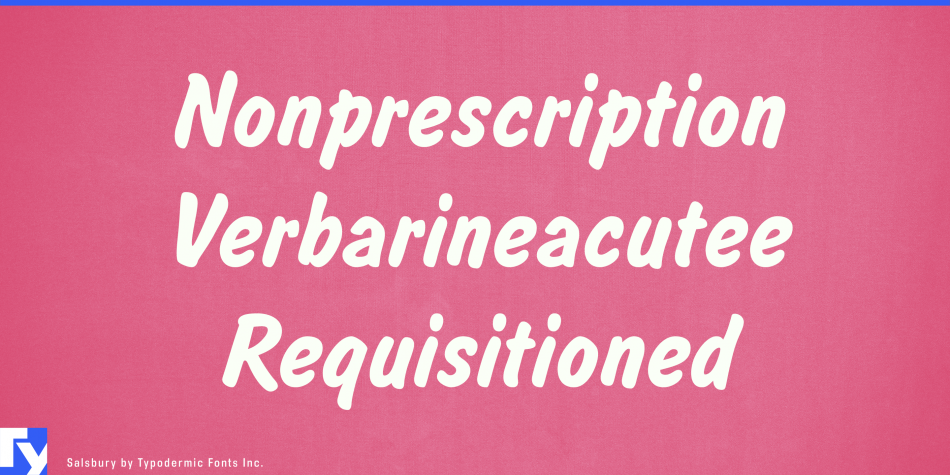 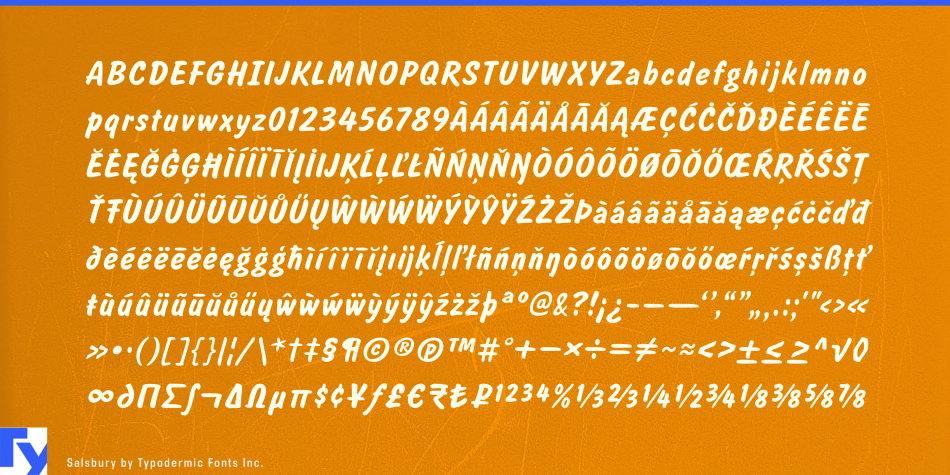 Salsbury is a comic font published by Typodermic Fonts Inc.

Salsbury is an abstraction/parody of Dom Casual and Flash, using the best elements of both. Rather than mimicking actual brush strokes, Salsbury resembles a hand-cut screen print, giving Salsbury an authentic carnival feel. Salsbury was designed for clear viewing on television making it an ideal choice for videogames or DVD menus.

In OpenType savvy applications, the straight I will be automatically substituted with a serifed version in the following situations: singular possessive, in a dotted acronym/initialism or beside a lowercase L. To turn off this feature, disable the OpenType “standard ligatures” feature in your application. To force a serifed I all the time, turn on the OpenType “stylistic alternates” feature. The serifed I is at Unicode E0A0.