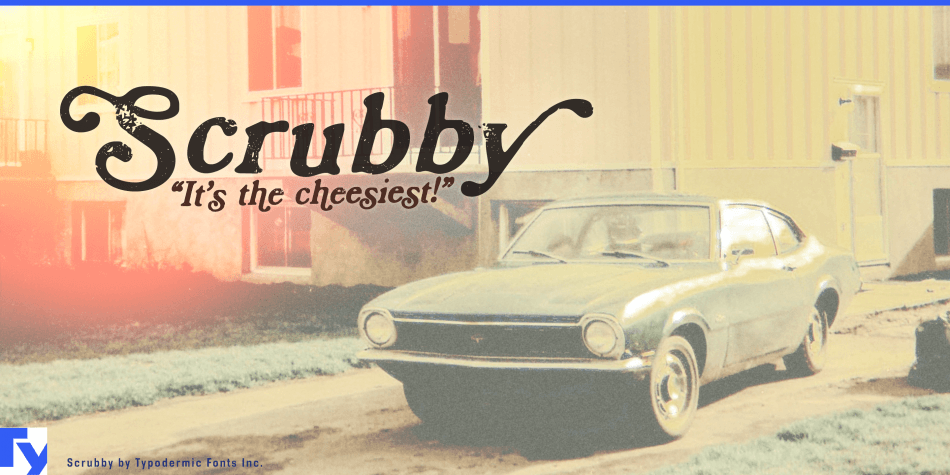 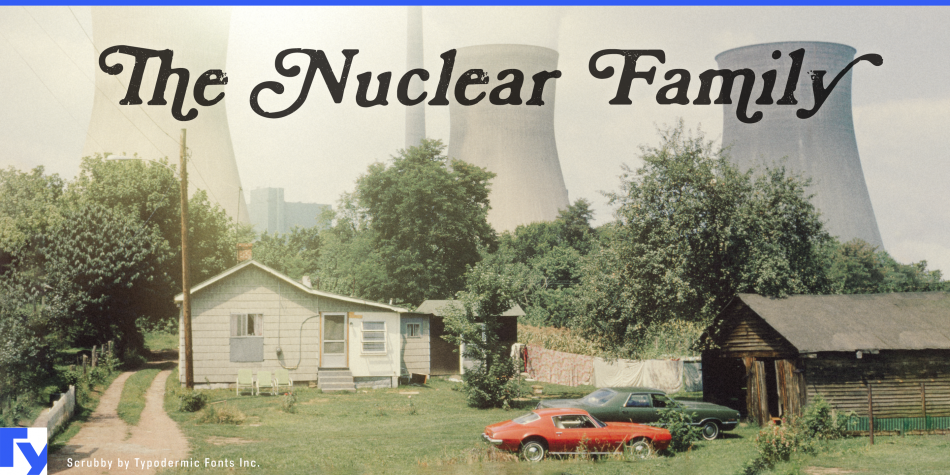 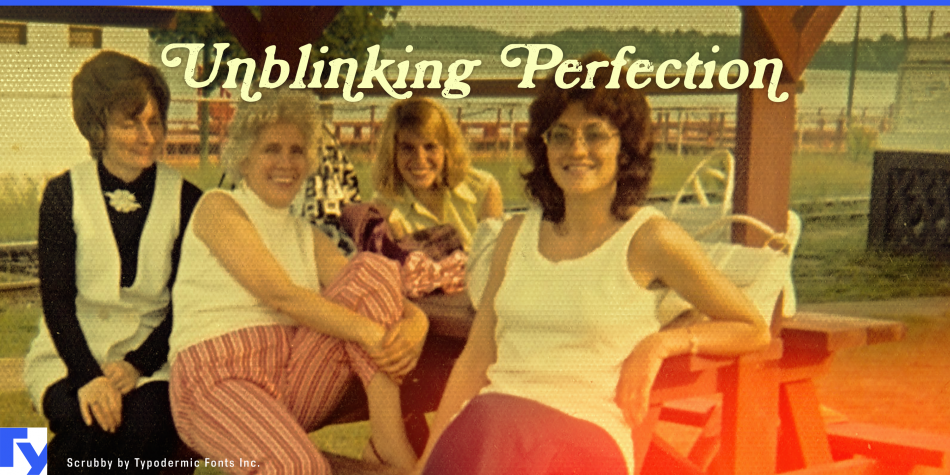 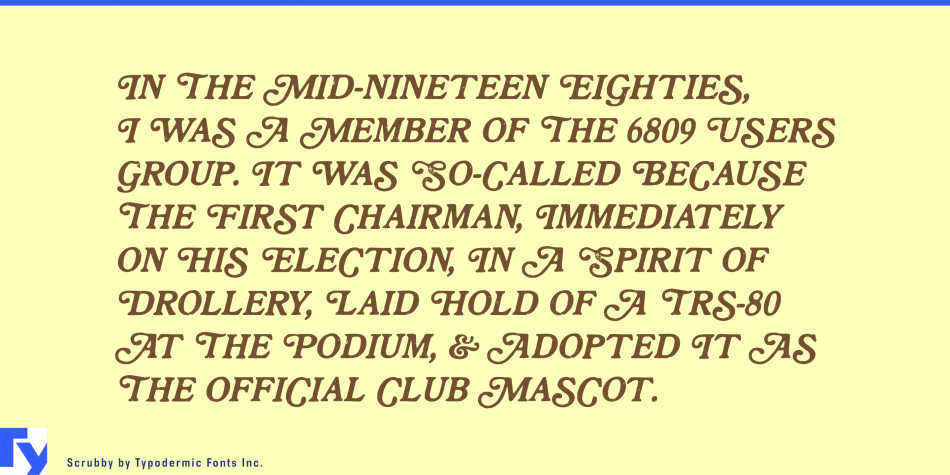 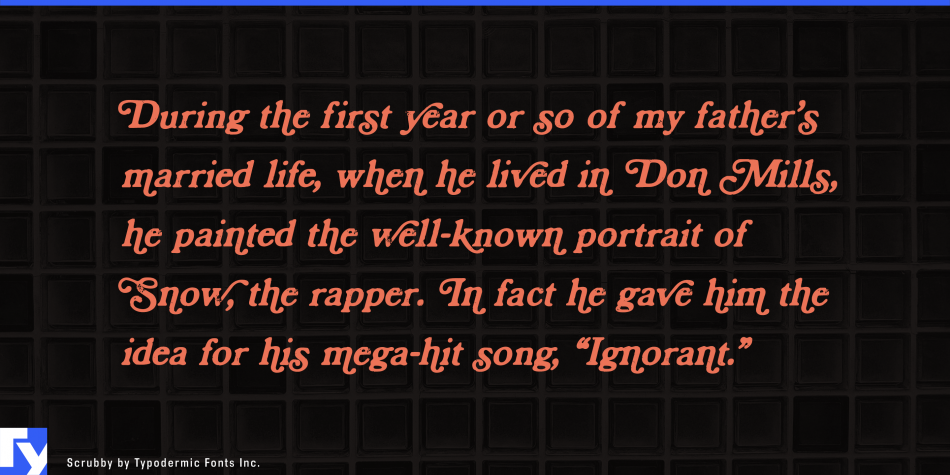 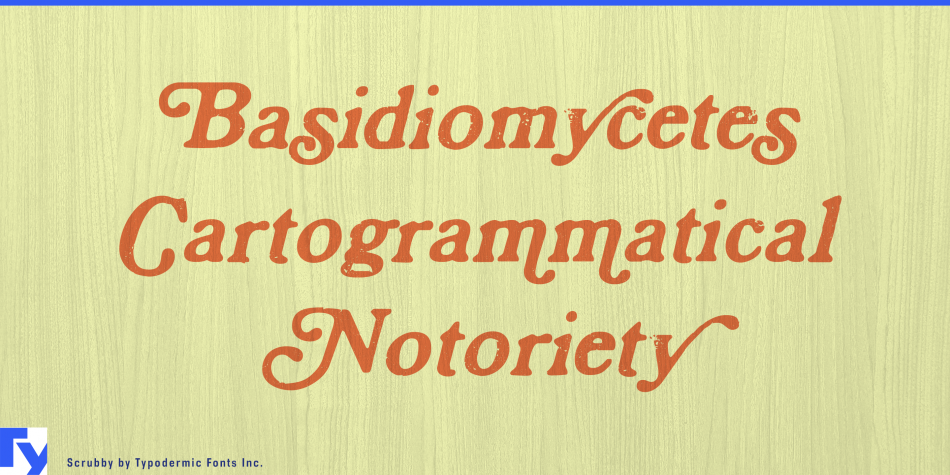 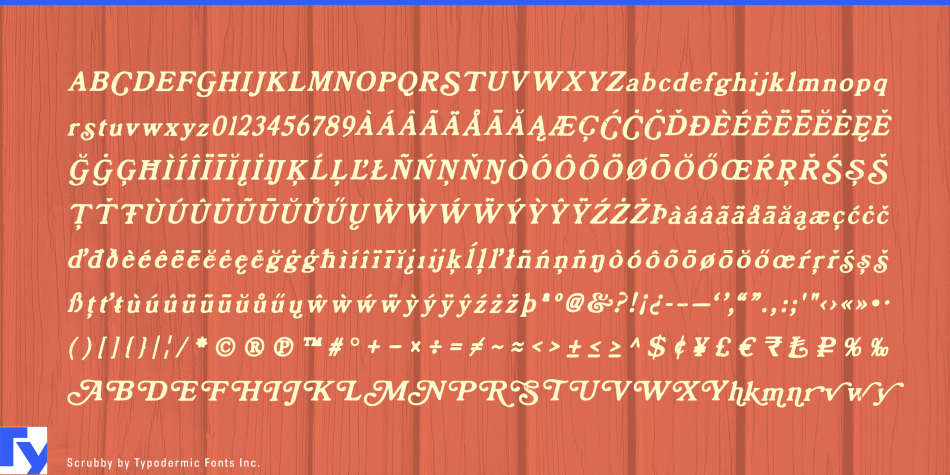 Scrubby is a grunge font published by Typodermic Fonts Inc.

The 1970s: an age of wonder, optimism, and Bookman Italic. Relive those cheesy times with Scrubby. The wild swashes and alternate versions of letters are substituted automatically based on context.

Your application’s ligatures feature will cause alternate characters to be automatically substituted. For example, if a word starts with A, you’ll get a fabulous curl on the left. If an A is in the middle of a word, you’ll get a plain version, so it doesn’t crash. When the lowercase k,h,m,n,r,v,w and y characters appear at the end of a word, they’ll automatically get a cute curl on the right. This will only occur when the word is followed by a space, comma, or period, so those curls won’t crash into quotes, question marks etc. If your application supports OpenType swash or stylistic sets, you can manually activate these lowercase swashes in the middle of a word.