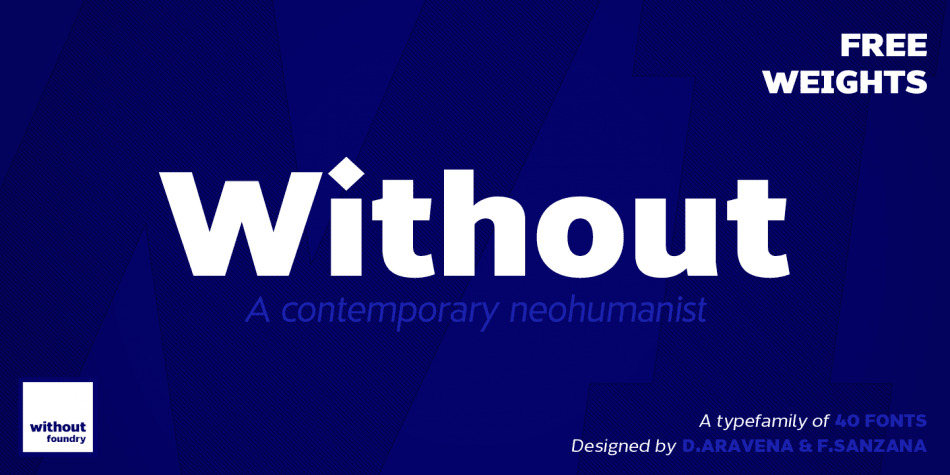 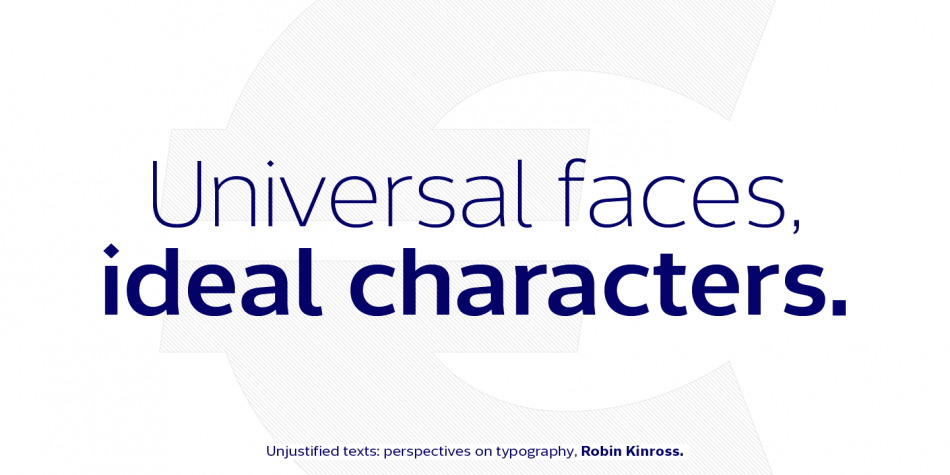 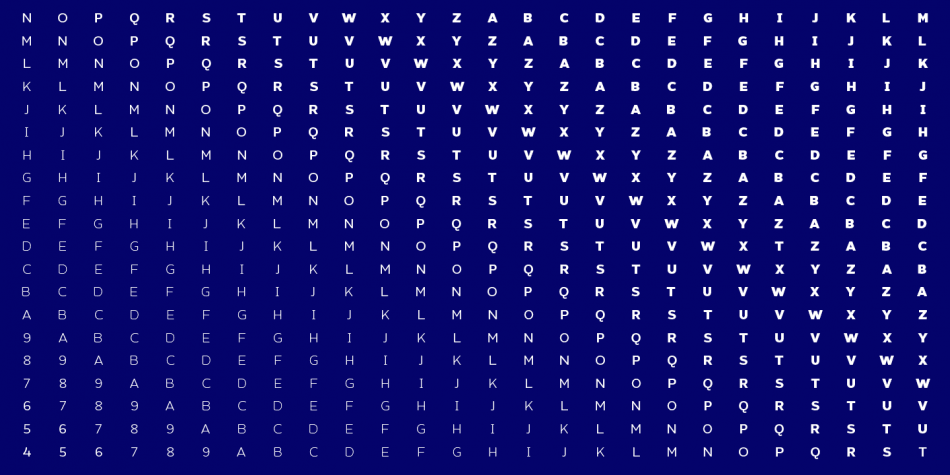 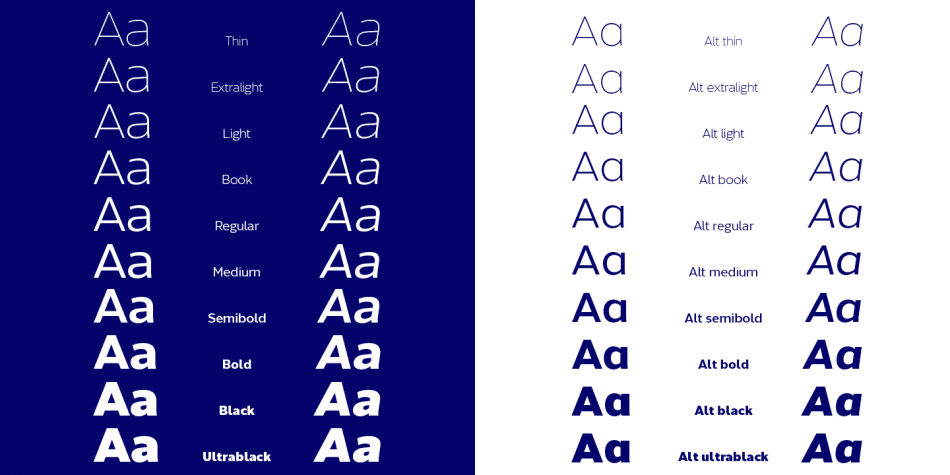 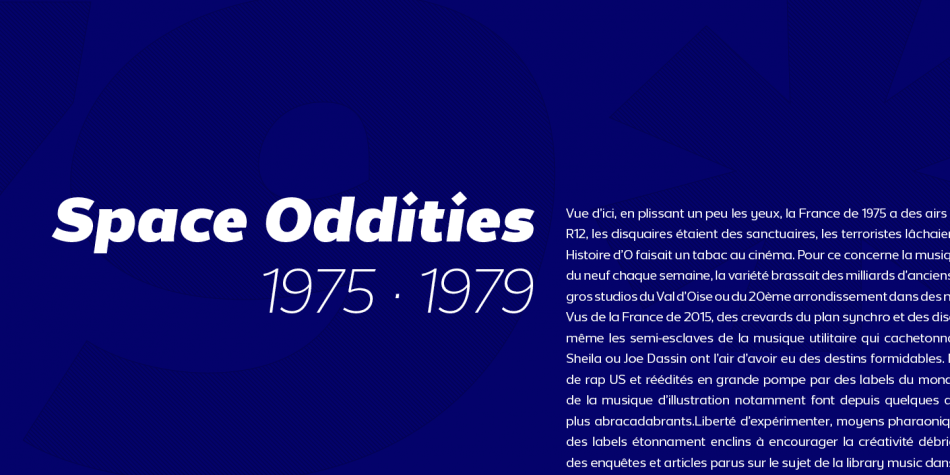 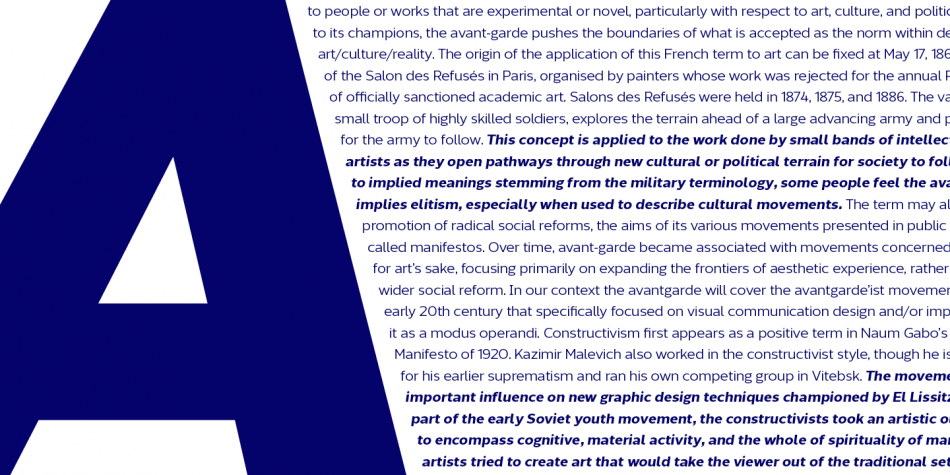 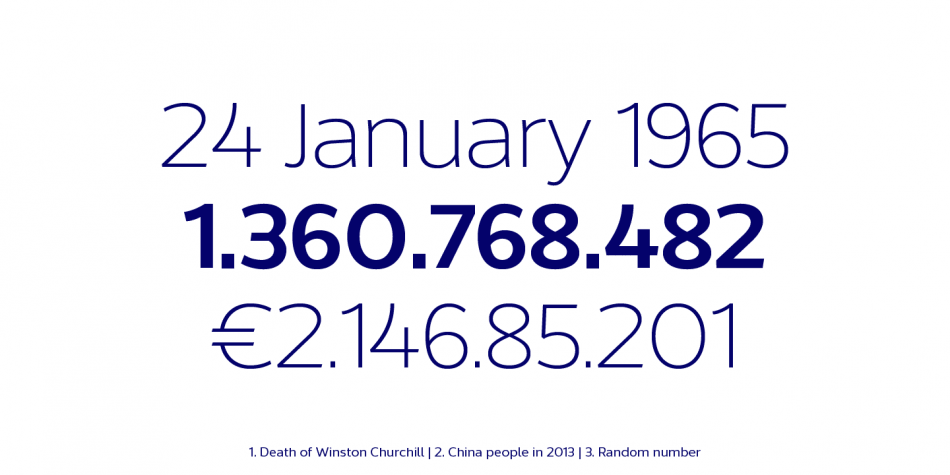 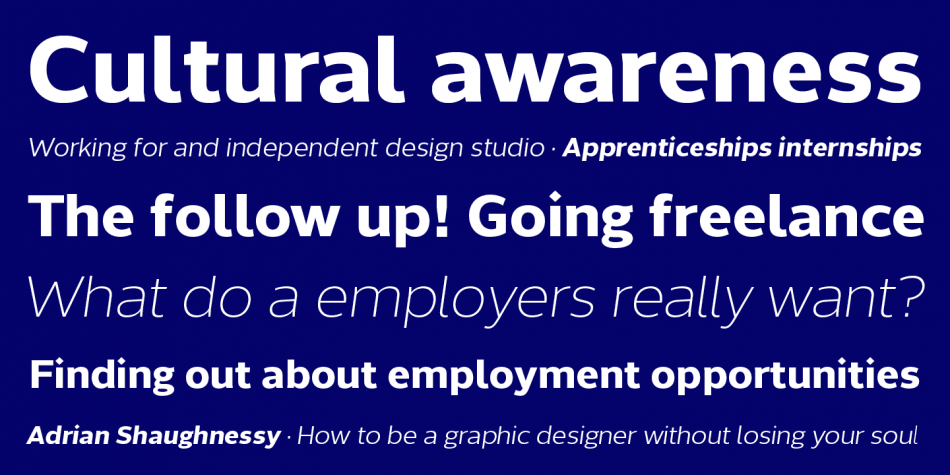 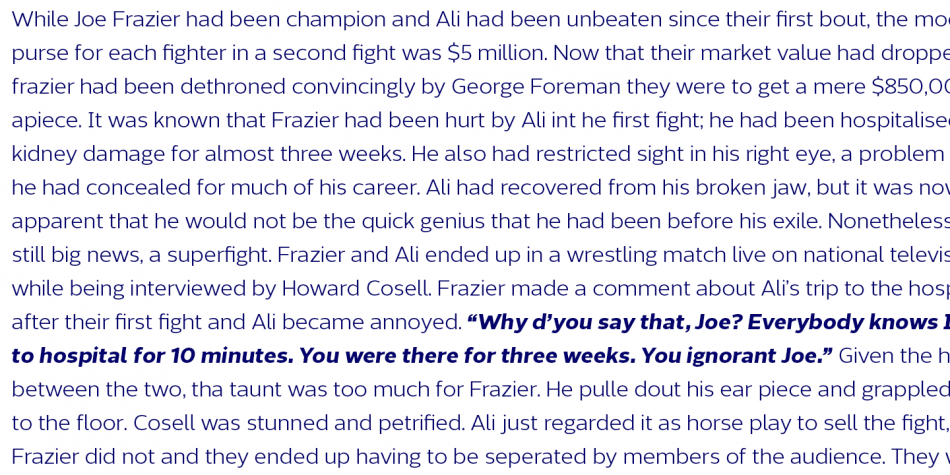 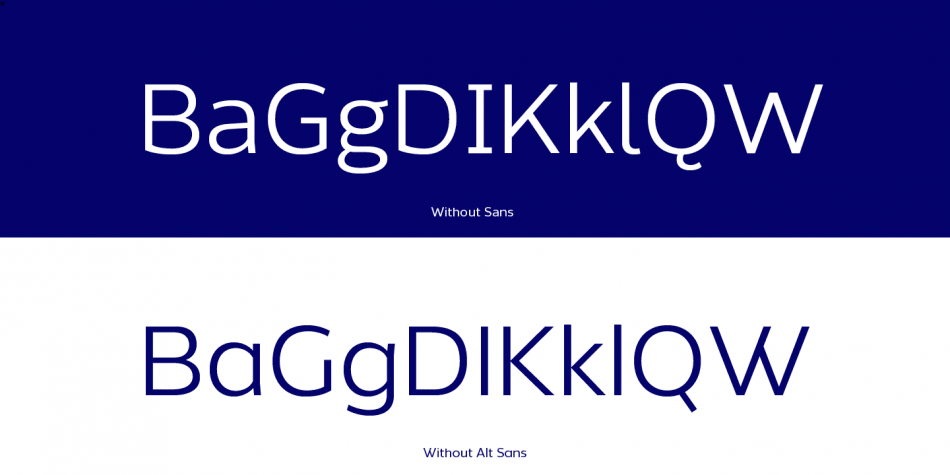 Designed by Felipe Sanzana and Diego Aravena Silo, Without Sans is a sans serif font family. This typeface has forty-one styles and was published by W Foundry. 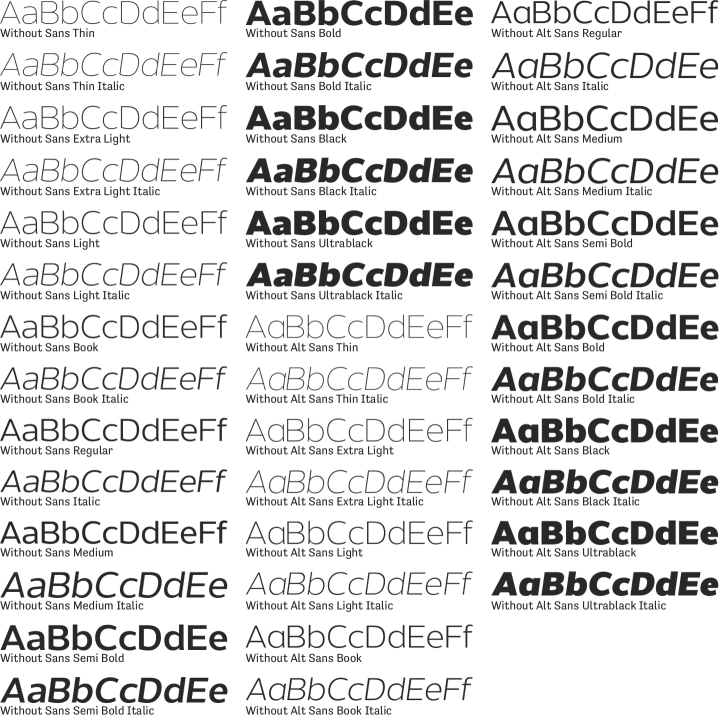 A forty font family. This contains every font in the Without Sans Family. 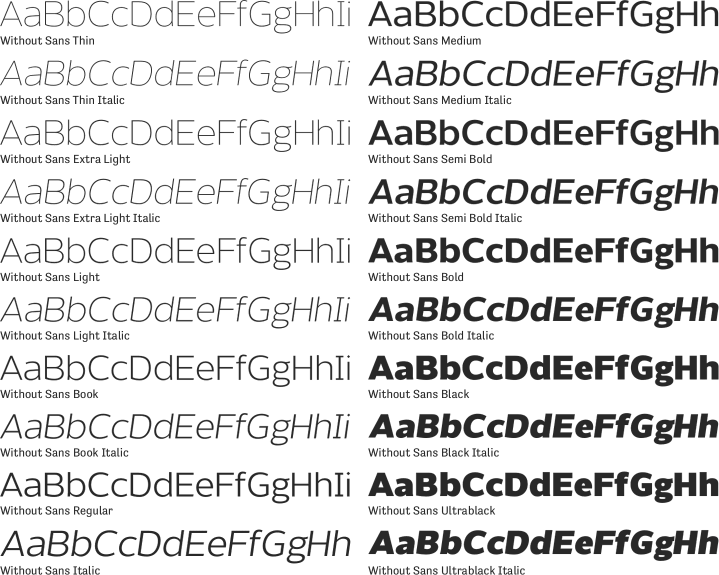 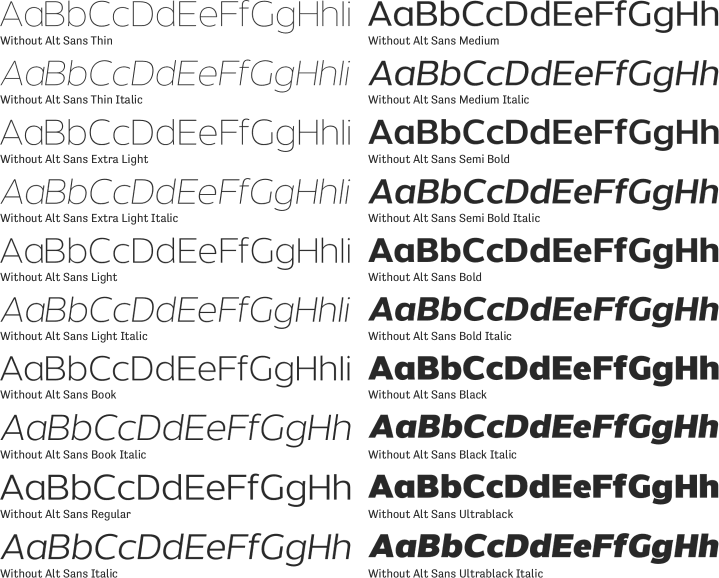 Without Sans is a new geometric sans serif family comprising 10 weights plus matching italics and an alt family. It was designed by Felipe Sanzana and Diego Aravena, the founders of “Without Foundry”, in 2014/15.

It is inspired by the geometric-style sans serif typefaces that were famous during the 50s. The fonts are based on the geometric forms with a mix of grotesque typefaces. The opentype fonts have an extended character set to support Central and Eastern European as well as Western European languages.