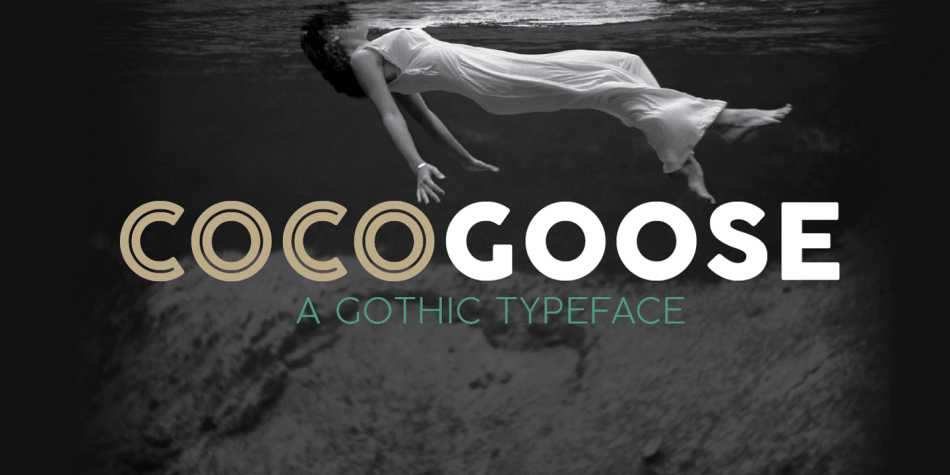 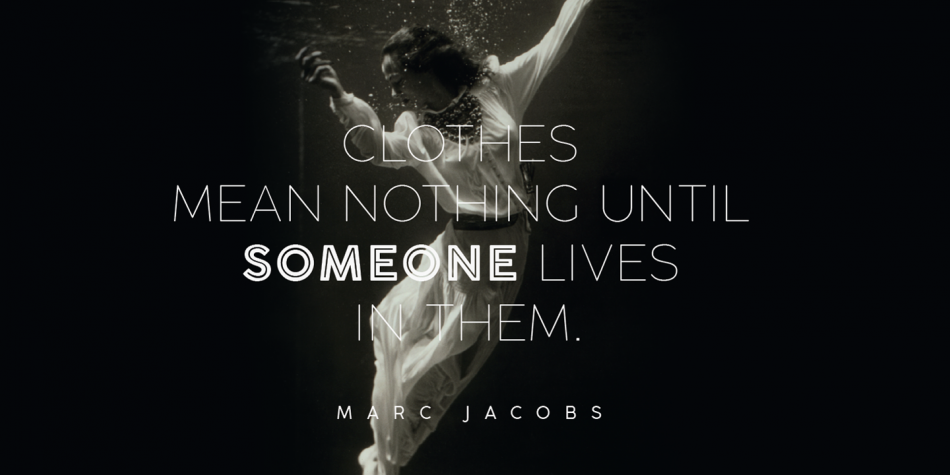 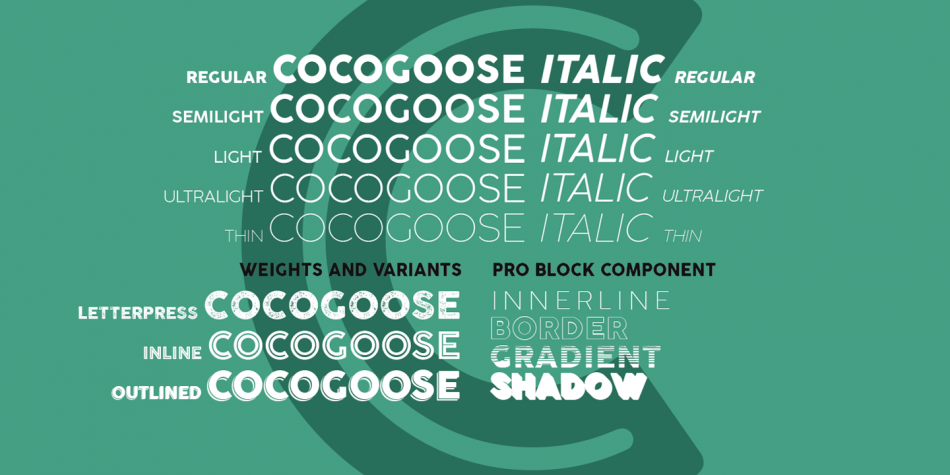 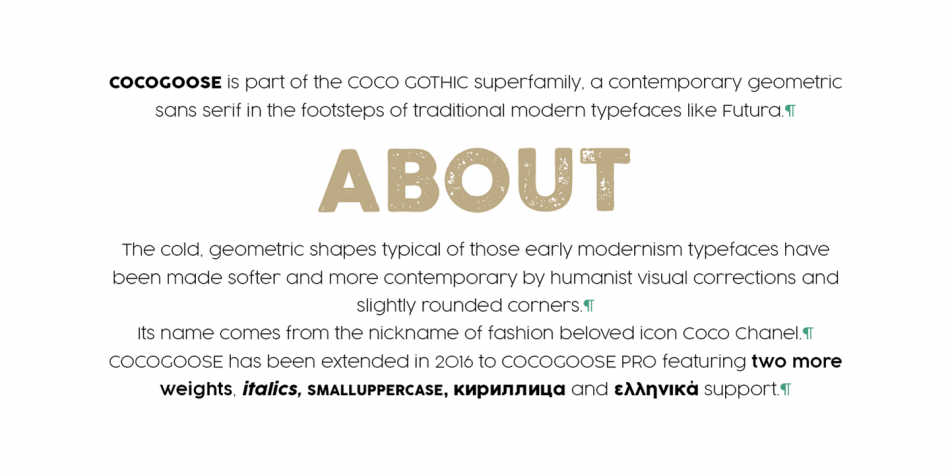 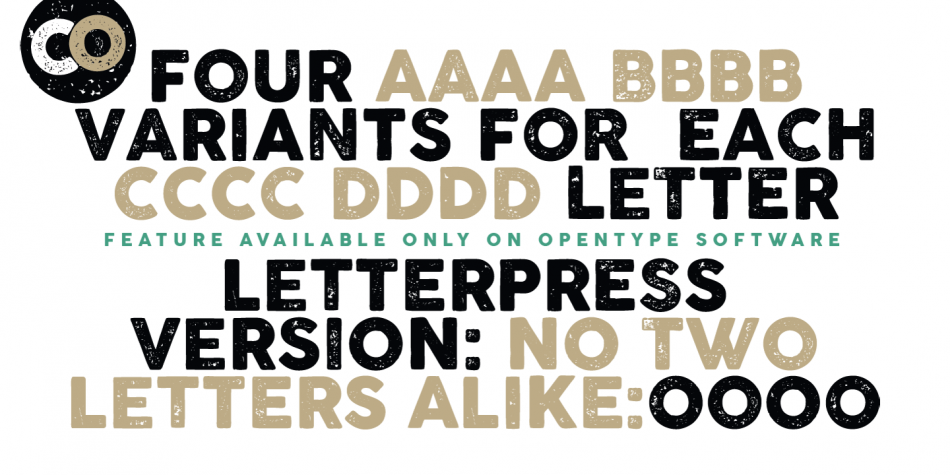 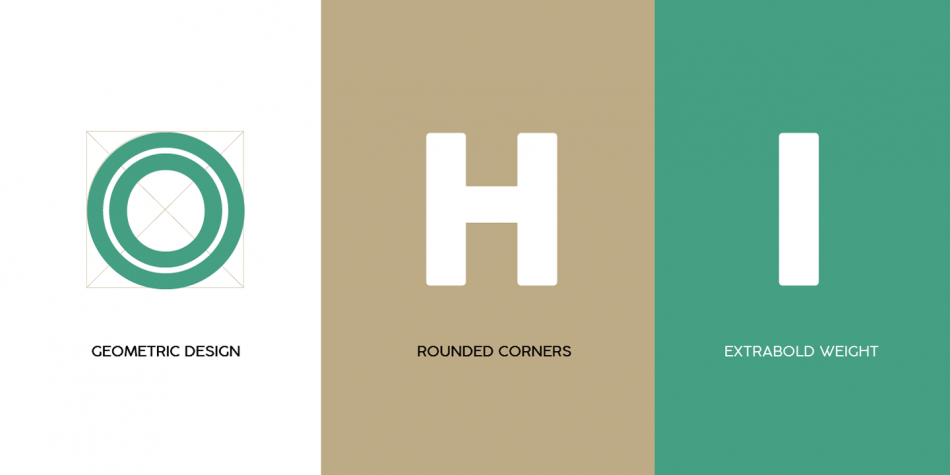 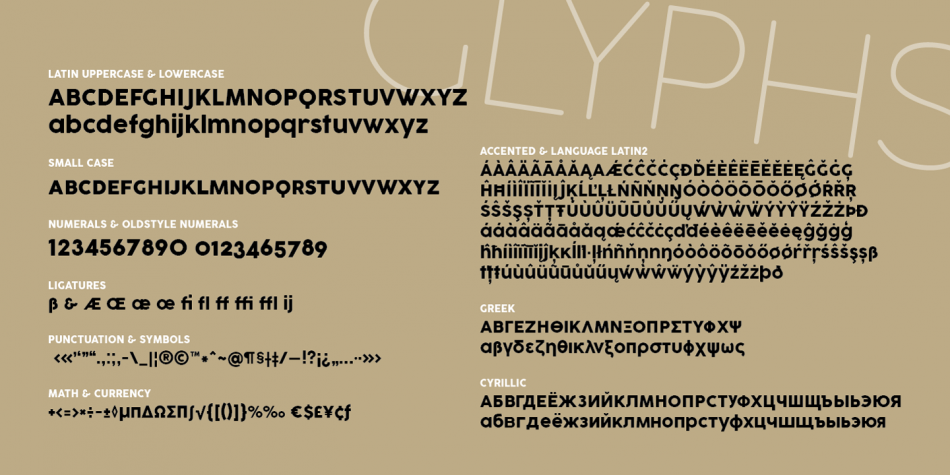 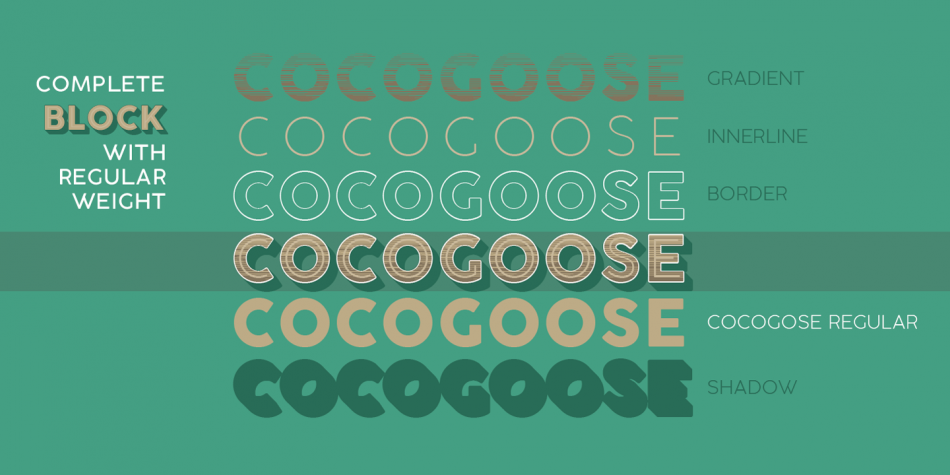 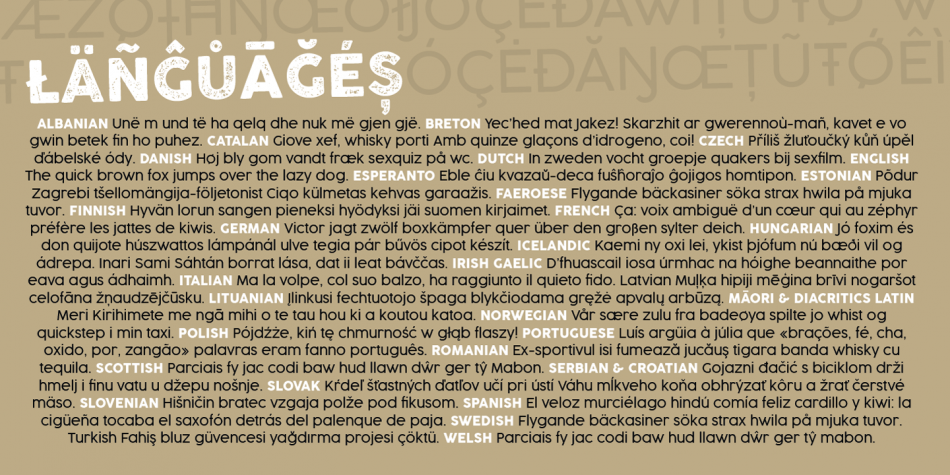 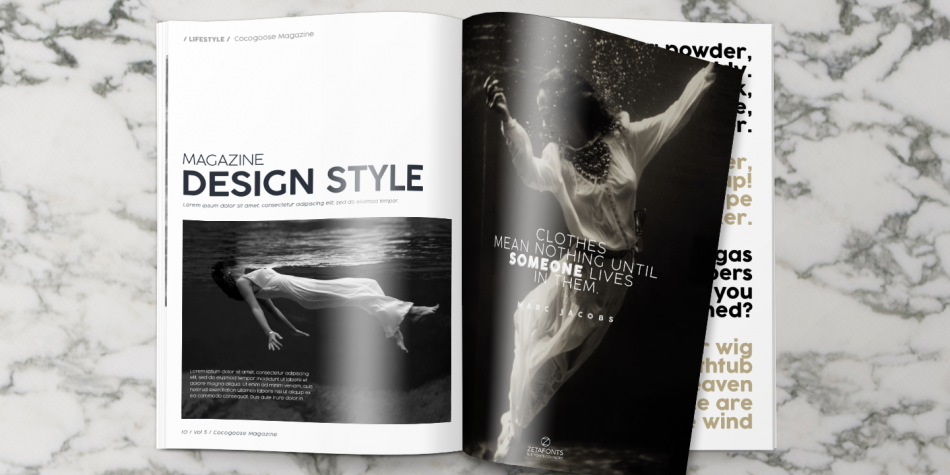 Designed by Cosimo Lorenzo Pancini, Cocogoose is a sans serif and display sans font family. This typeface has seventeen styles and was published by Zetafonts.

Cocogoose is a geometric sans serif typeface designed with straight, monolinear lines and circular or square shapes. Its strong, modernist look has been softened by rounded corners and slight visual corrections that make Cocogoose not only perfect for logos and headings with a vintage feel but also very readable as a text font, thanks to its generous x-height.

Cocogoose is part of the Coco Gothic family, a collection of twelve typefaces each inspired by the fashion mood of every decade of last century, named in homage to fashion beloved icon Coco Chanel. Its strong character makes it ideal for display uses.

Cocogoose it’s Coco Gothic for the 1940’s. It features a larger x-height than Coco Gothic, it has square punctuation and it comes with five weights, from regular to thin, as well as featuring four display variants: letterpress, inline and outlined.