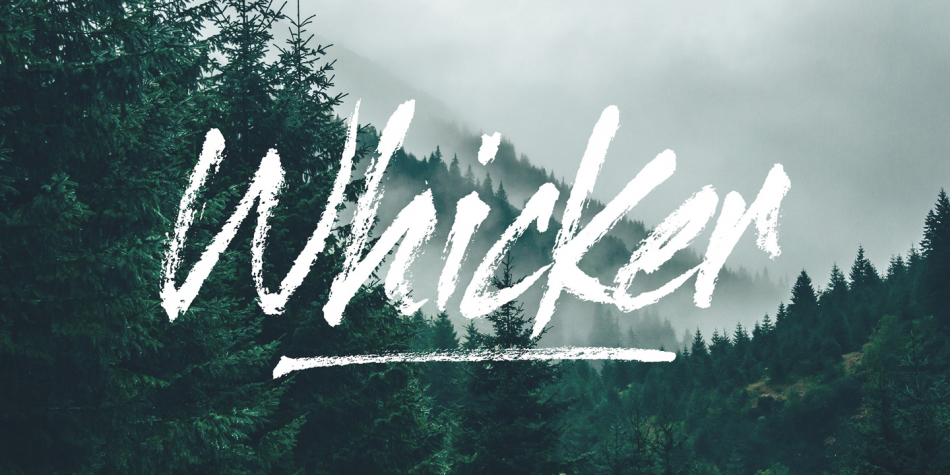 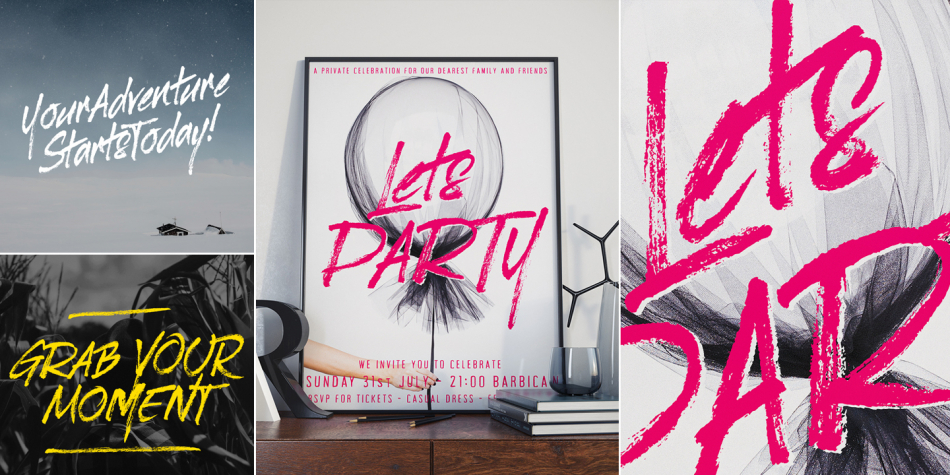 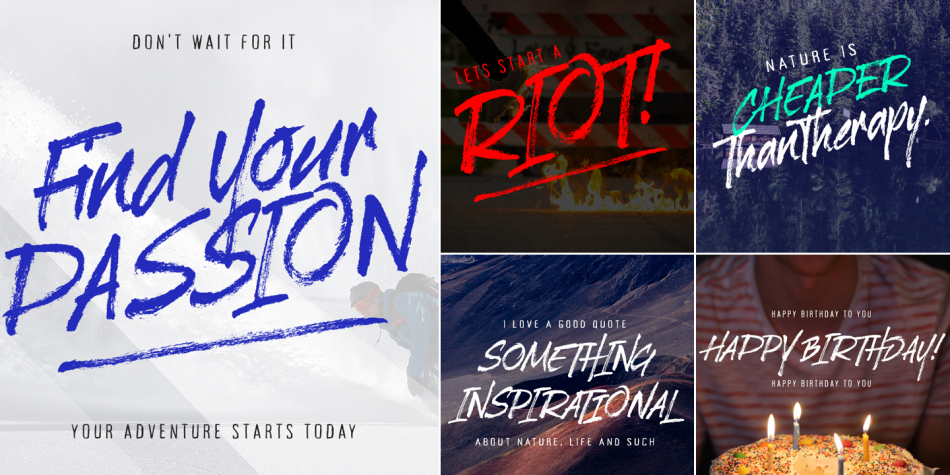 Whicker is a brush script and hand display font family. This typeface has two styles and was published by Tom Chalky.

Introducing the Whicker Font Duo. A rough and ready brush font with a complimentary, all capitals sans serif!

I’m pleased to finally launch my handcrafted brush font Whicker and its complimentary sans-sidekick. They function great on their own, but truly shine when combined! Perfect for logos, quotes, apparel, branding, headlines and anything that you want to draw attention to!

Every common and many uncommon letter combinations have had OpenType kerning rules applied to them to ensure that Whicker is always on top form with minimal editing (Kerning = The spacing between the letters).

Whicker is an expressive and creative font that is perfect for grabbing attention and making a statement.

All of the uppercase letters in the Whicker typeface have stylistic alternatives available. Some letters look much better than others in specific situations, so don’t hesitate to experiment with these! Also, the following punctuation glyphs - _ = + ~ / are handy brush strokes!