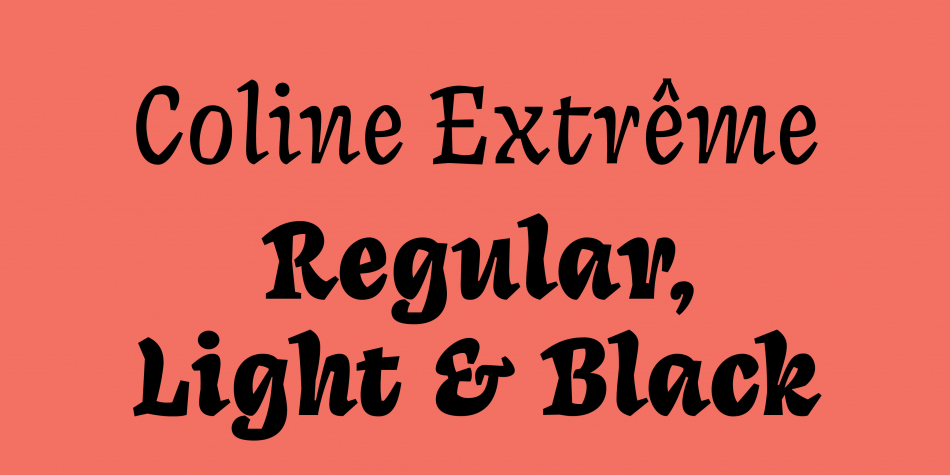 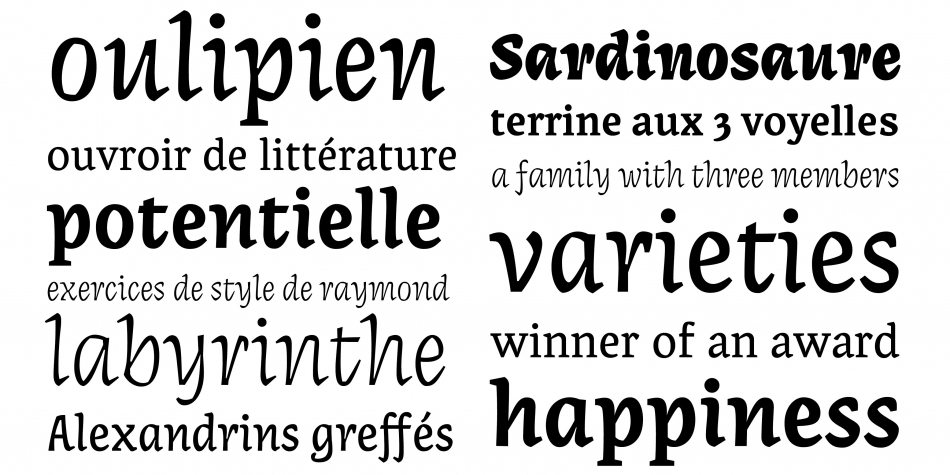 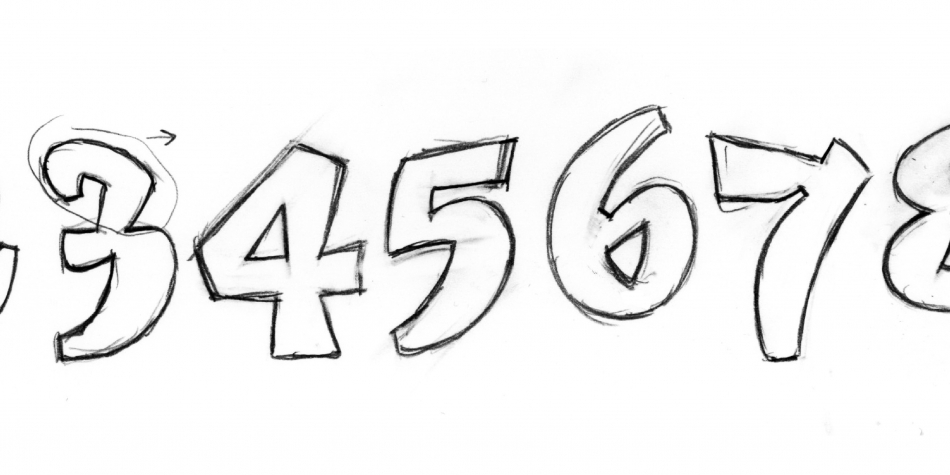 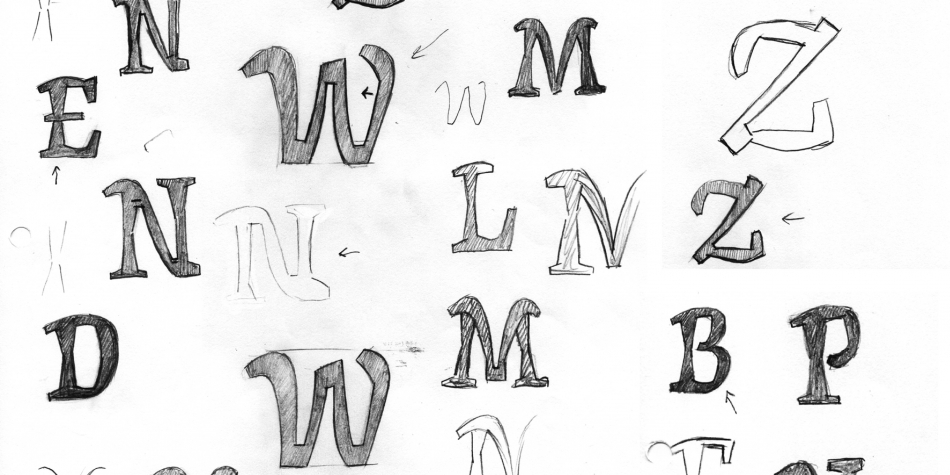 Designed by Émilie Rigaud, Coline Extreme is a serif font family. This typeface has three styles and was published by A is for...

A three font family. This contains every font in the Coline Extreme Family.

Coline is a typeface family especially designed for pocket books. The three variants, Coline Premiere, Coline Cursive and Coline Extreme, and their weights allow a large range of contrasts to extend the conventional opposition roman/italic; each Coline has its own rhythm, angle, instrokes and outstrokes.
Three variations growing from a sturdy pure roman to a nearly handwritten design. From the classical reason to the romantic mind.

The name “Coline” is a tribute to the french printer Simon de Collines, one of the first printers to release small and therefore cheap pocket books intended for students.

Coline Extreme is the eccentric cousin of the family, its black version with nice curves contrasting with frank cuts works especially well at a display size.