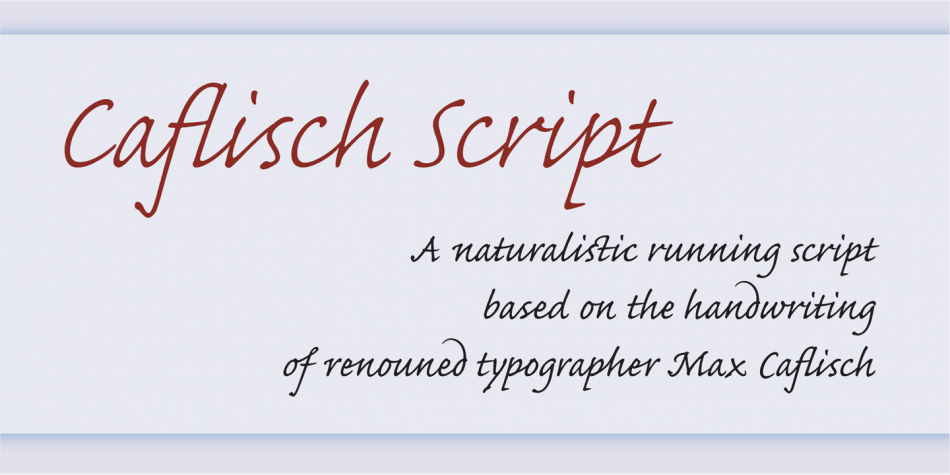 Caflisch Script® Pro is a hand drawn and script font family. This typeface has four styles and was published by Adobe.

This typeface is based on the handwriting of Max Caflisch, one of the foremost graphic designers of this century. Caflisch, a teacher of graphic arts for more than three decades in Zurich, is author of several books on typography and designer of the 1952 Columna typeface. Caflisch’s handwriting has a free-flowing yet disciplined character, the result of years of practice and devotion to the calligraphic arts. Designer Robert Slimbach retained the subtleties and natural letter joins of Caflisch’s original handwriting while adapting it into a typographically sound and highly practical script typeface. Caflisch Script was first released in 1993, and dramatically enhanced for OpenType in 2001. Caflisch Script can be used anywhere the appearance of a fine hand is desired, as well as more sophisticated and practical situations such as display work in books and copysetting for advertisements.