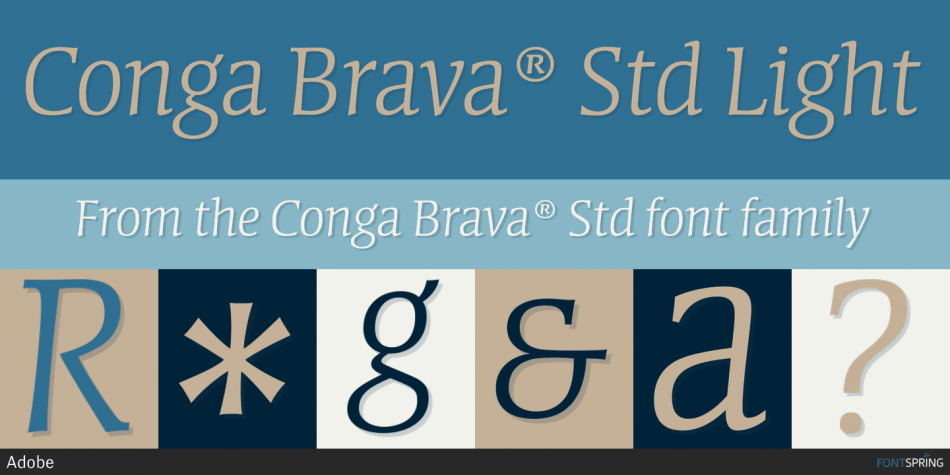 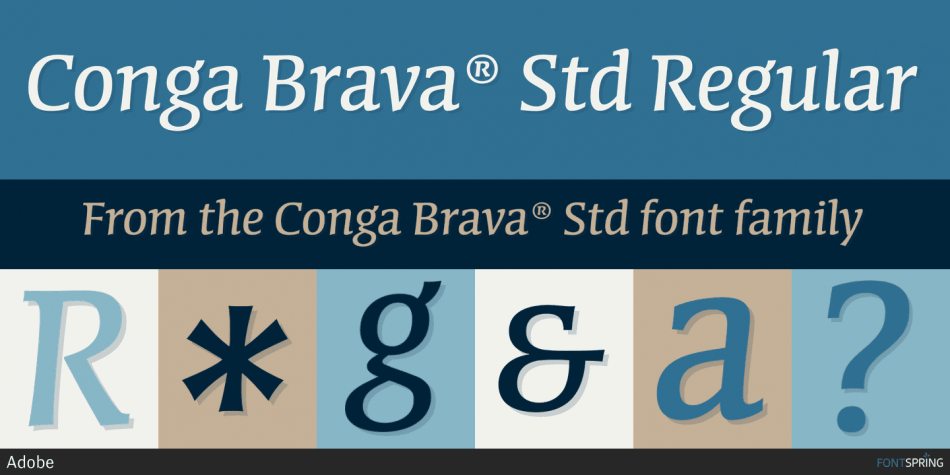 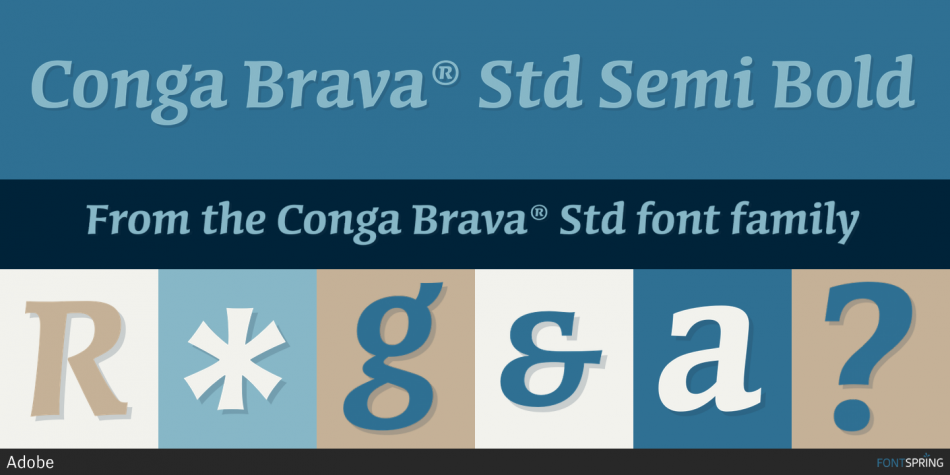 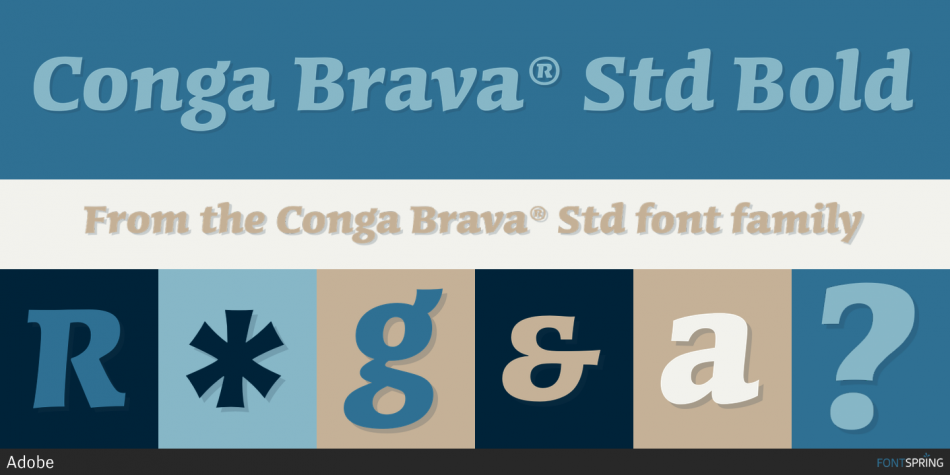 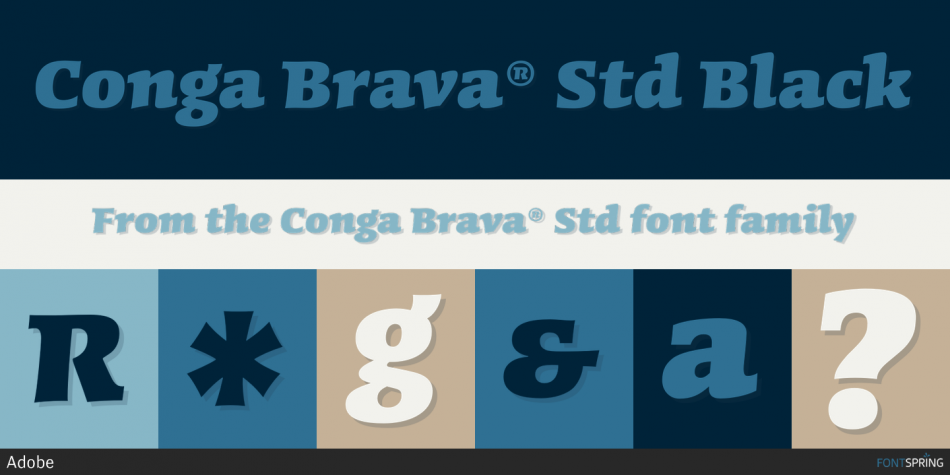 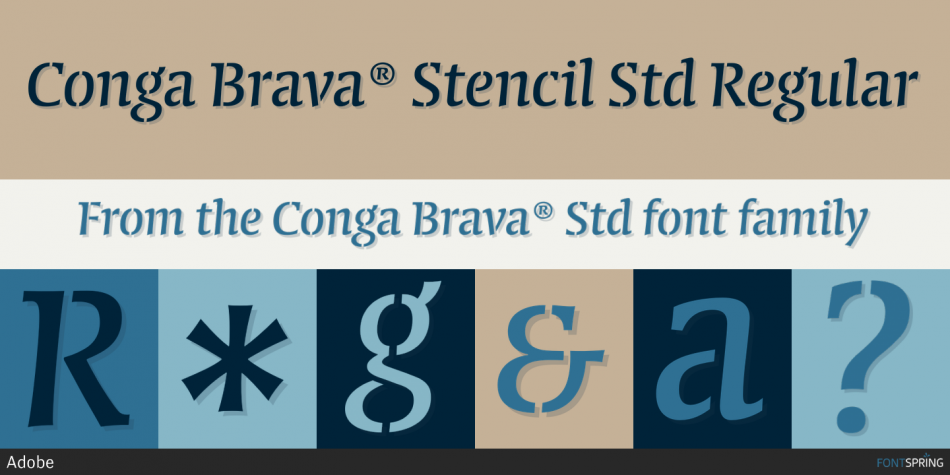 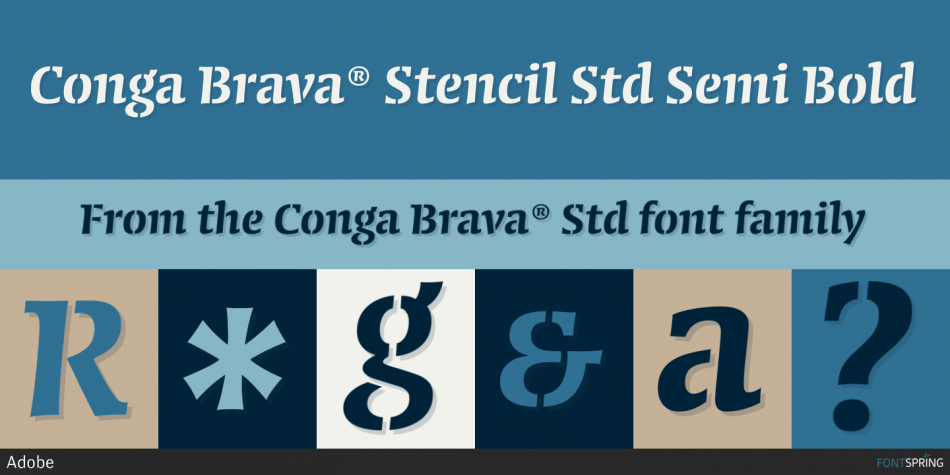 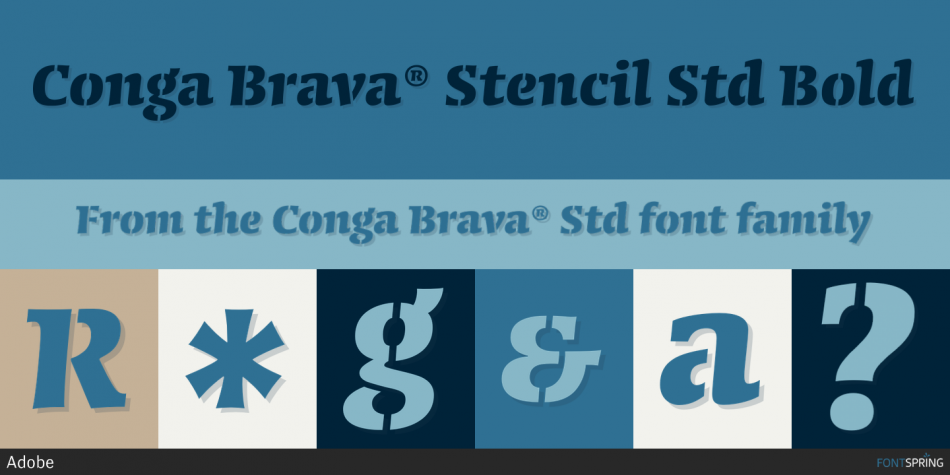 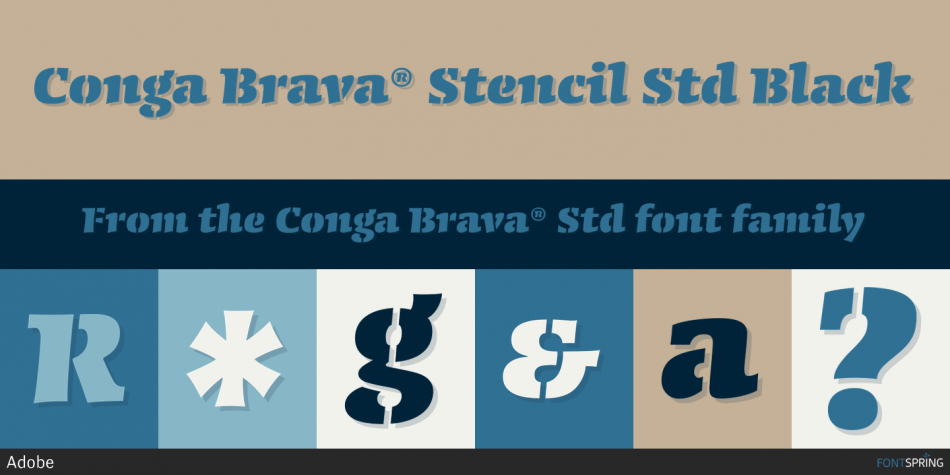 Conga Brava® Std is a serif, stencil and display serif font family. This typeface has nine styles and was published by Adobe.

Conga Brava was born when book and type designer Michael Harvey decided to wed the high-minded, purist letterforms of revivalist, modern calligraphers with the mundane, even crude, lettering of warehouse stenciling. The resulting lyrical yet utilitarian forms have a visually exciting graphic effect. Like his other typefaces, Ellington, Strayhorn, and Mezz, Harvey named his design after a jazz classic - “Conga Brava” by Duke Ellington and his trombonist Juan Tizol. According to Harvey, “The rolling rhythm, polished swing, and stacatto brass treatment of the tune suits the look of this sassy roman design; even more so, its stencil mate.” So when you’re working on food, music or game packaging, sports equipment, or restaurant/nightclub logos and you need a typeface that radiates sound and motion, think Conga Brava.