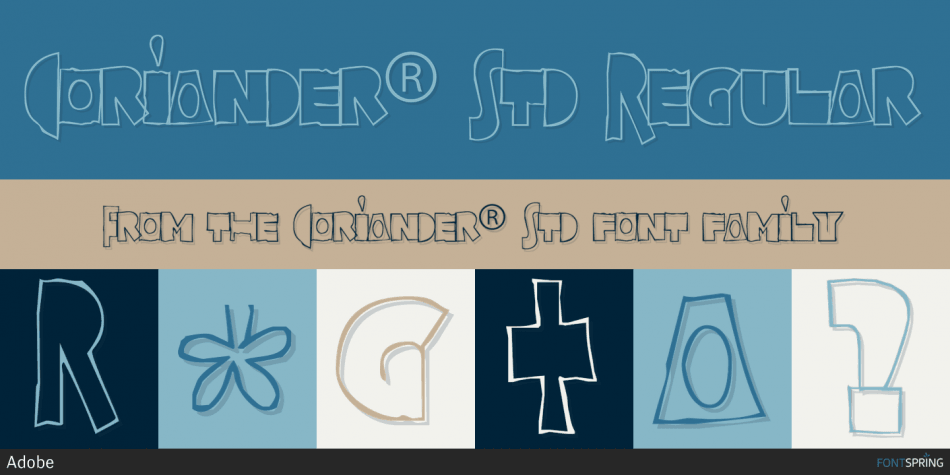 Coriander® Std is a hand display, kids and arts and crafts font published by Adobe.

Coriander started out as a doodle one afternoon when type designer and handwriting expert Tim Donaldson was bored and uninspired. He wrote the word “Coriander” and then was distracted by the sun beating through an adjacent window. So he taped the writing paper up on the window to block the glare. It stayed there for about three months until he took it down one day, folded it up, and stuck it in his pocket. About a week later the piece of paper fell out of his pocket and he was prompted to draw the rest of the characters (two alphabets) in his sketchbook. The final digitized characters were created by Donaldson using a Wacom tablet and later refined on the screen.