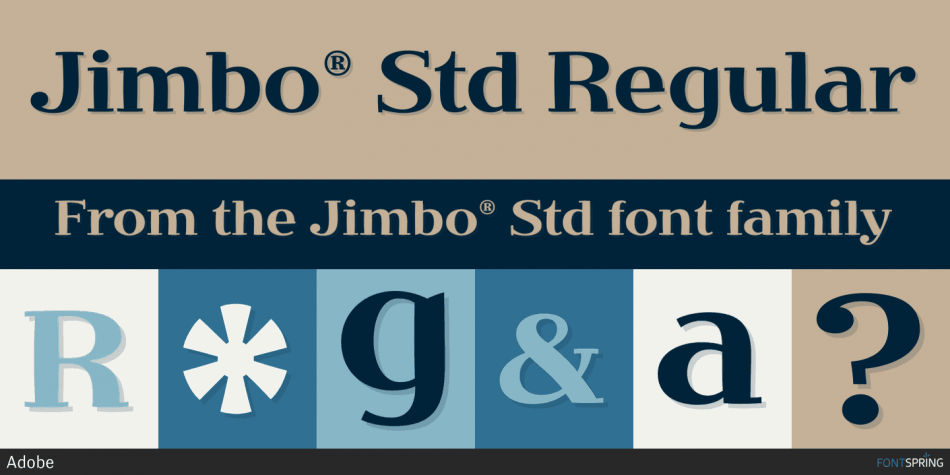 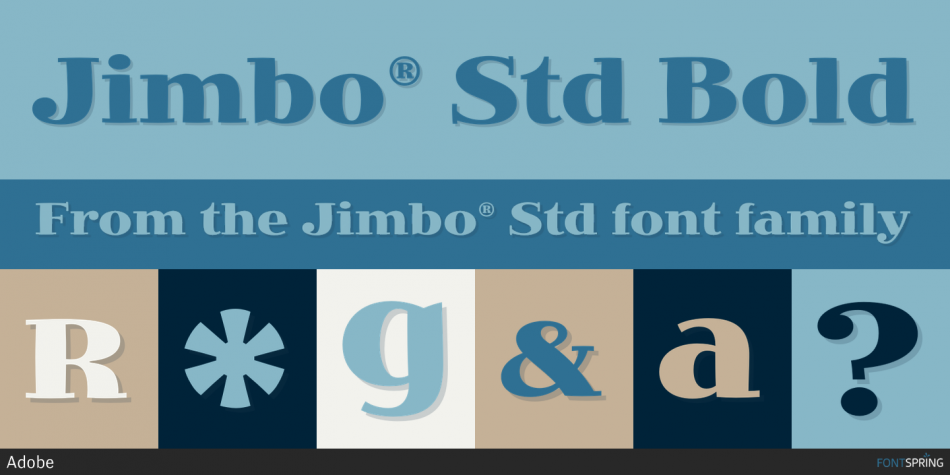 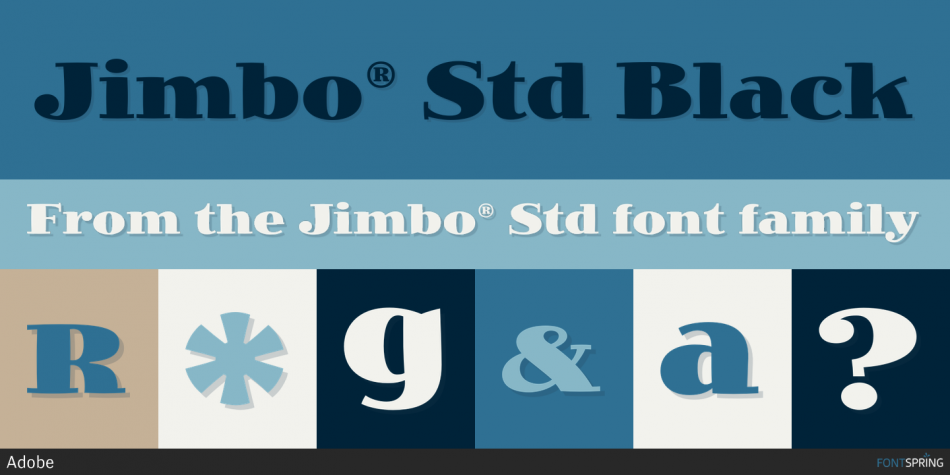 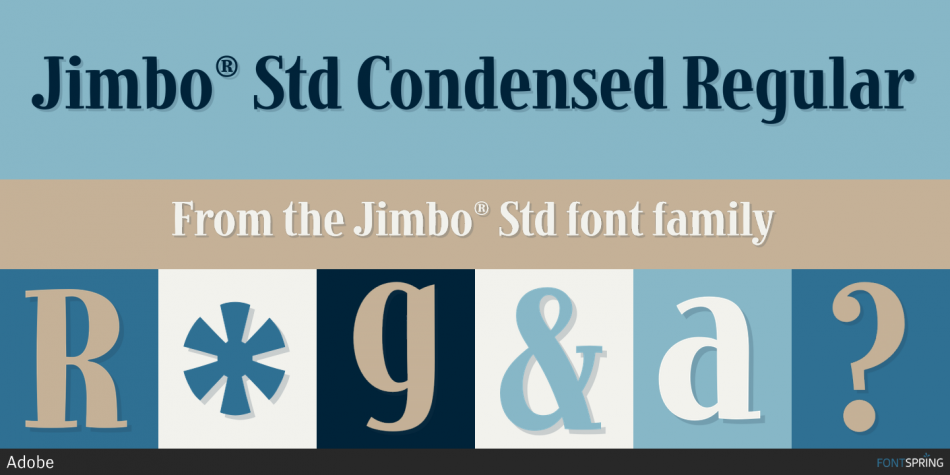 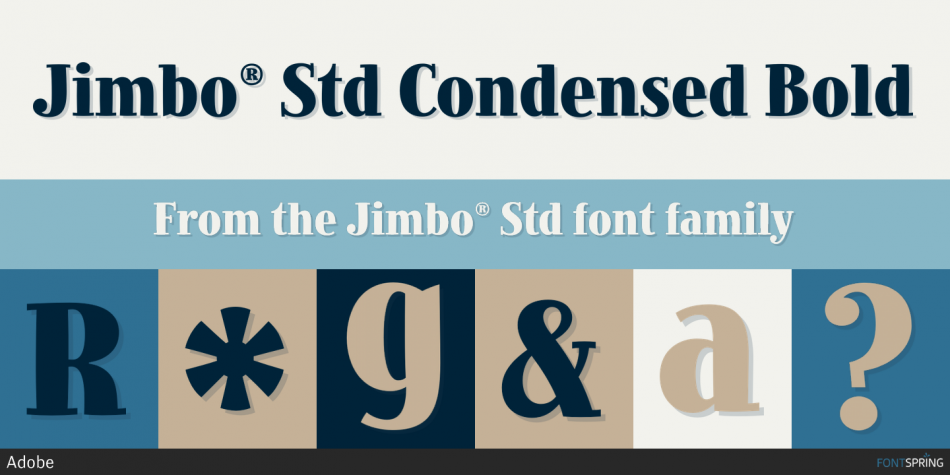 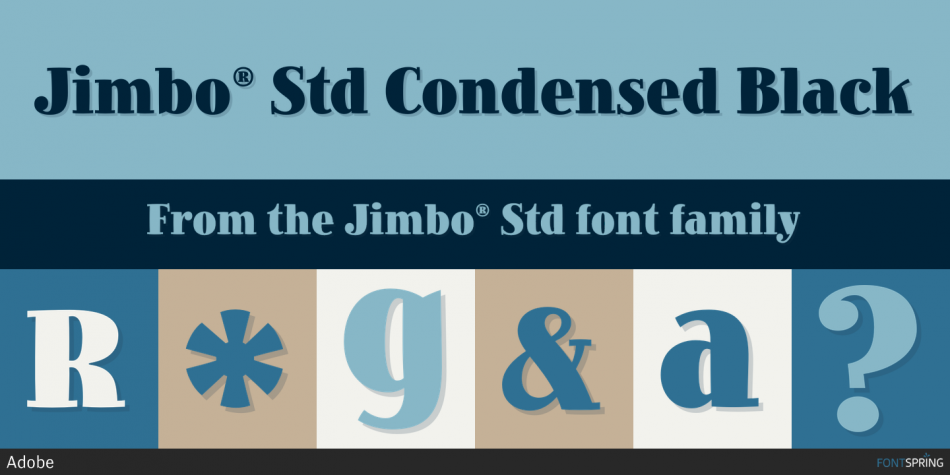 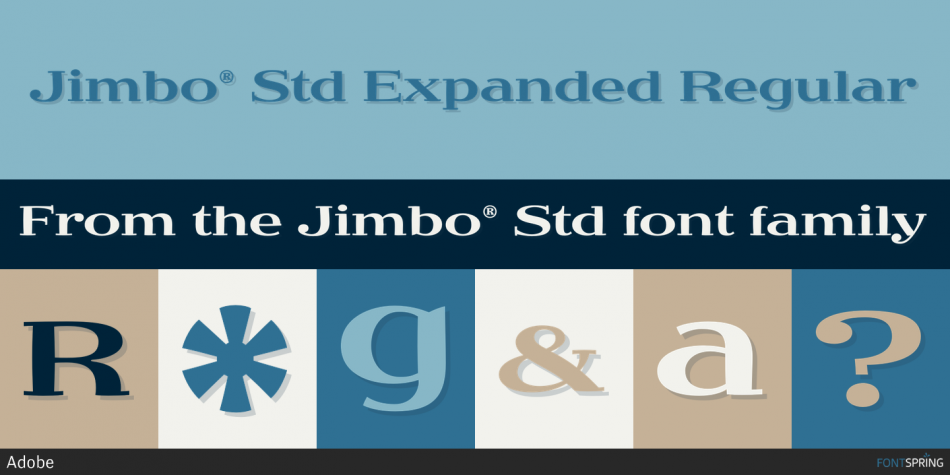 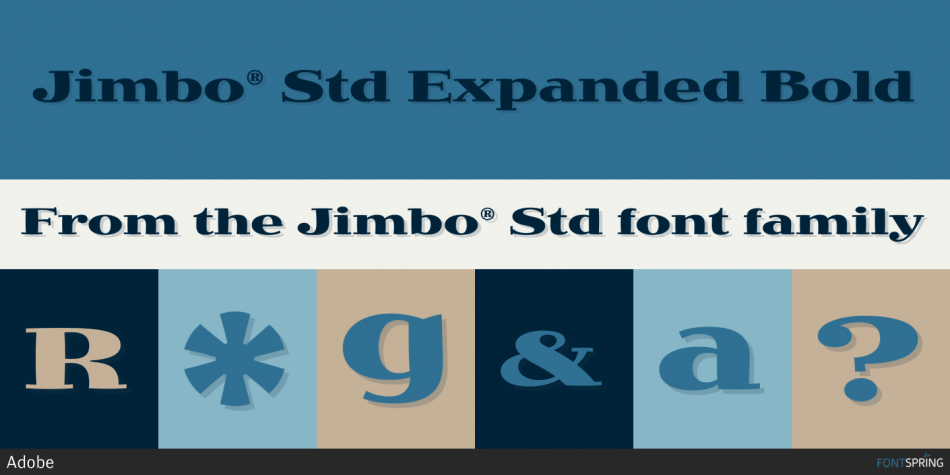 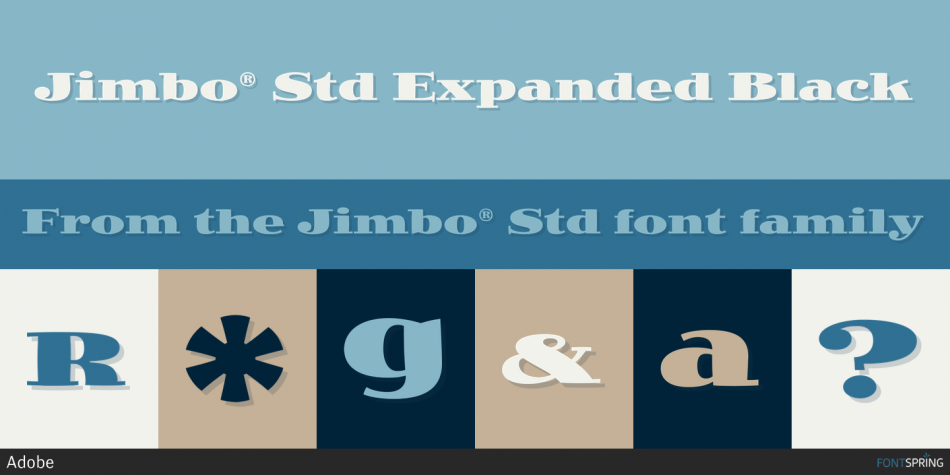 Jimbo® Std is a display serif font family. This typeface has nine styles and was published by Adobe.

This enthusiastic and friendly serif display typeface was created by Jim Parkinson, an Oakland, California, lettering artist and designer who is best-known for logos such as the one he redrew for Rolling Stone magazine in the late 1970s. Based on an early logotype for Parkinson’s studio, Jimbo embodies the charismatic personality of mid-20th-century advertising and sign painters’ lettering. “It’s like a happy Bodoni,” says Parkinson. This two-axis multiple master typeface, released in 1995 from the Adobe Originals library, allows on-demand generation of weight and width variations from Regular Condensed to Black Extended. Designed primarily for use at large display sizes, Jimbo is also clear and readable in short text settings as small as 12 points. Use it for signs, advertising, and packaging.