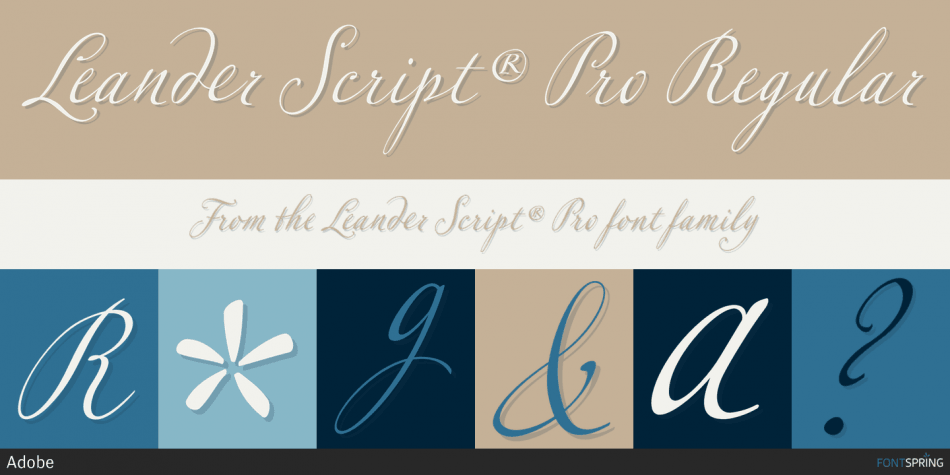 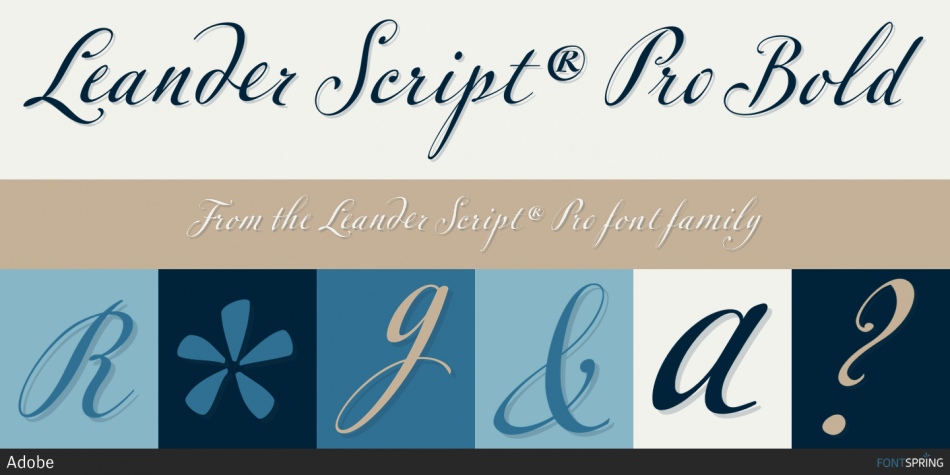 Leander Script® Pro is a script font family. This typeface has two styles and was published by Adobe.

Leander Script is a casual connecting script designed by Austrian designer Viktor Solt-Bittner. The design for Leander Script is not based on specific historic models, but rather Solt-Bittner’s reimagination of nineteenth-century writing styles. In order to achieve better legibility, Leander Script was designed with a larger x-height and less slope than found in most writing of the period. After setting these parameters, Solt-Bittner filled countless pages with both individual letters and random text until he had transformed his normal handwriting and the new style became second nature to him.

Solt-Bittner then scanned his writing and used the images as a rough guide for the outlines he drew on-screen, modifying them to bring out their handwritten essence. This process allowed him to capture the quality of the free flowing curves that characterize this design. Compared to his everyday handwriting, which Solt-Bittner describes as rather angular and jittery, and his other script designs, Leander Script appears much smoother and more feminine. The soft sound of the name Leander reflects this somewhat androgynous quality.

Handwriting naturally uses a variety of forms and connections, and Leander Script uses contextual alternates and custom ligatures to create a similar effect. Also included are swashed alternates, a stylistic set, and various flourishing ornaments all of which allow the user to choose the amount of flamboyance.