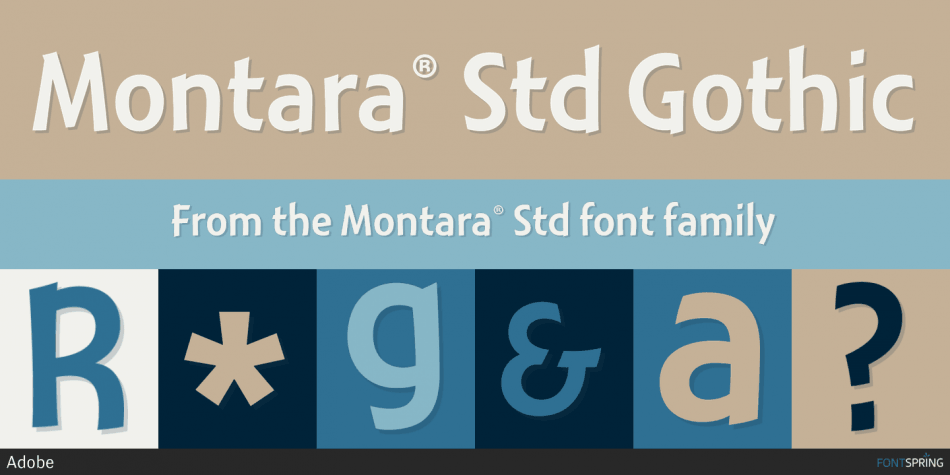 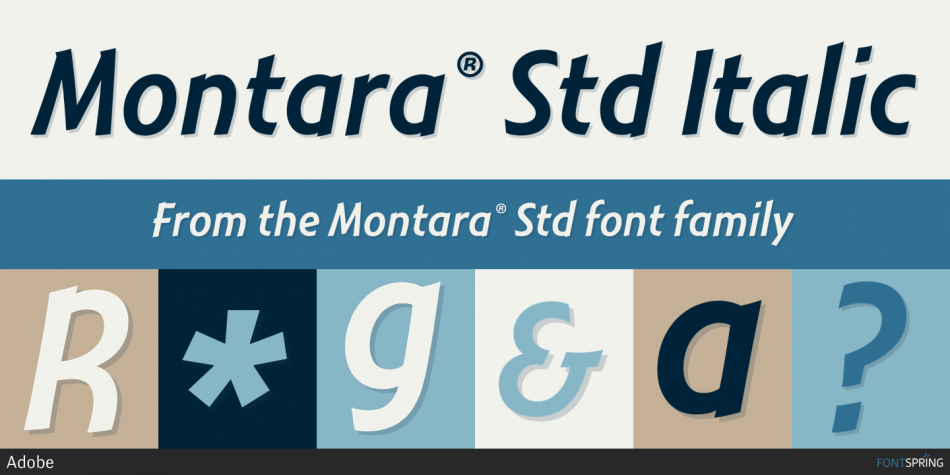 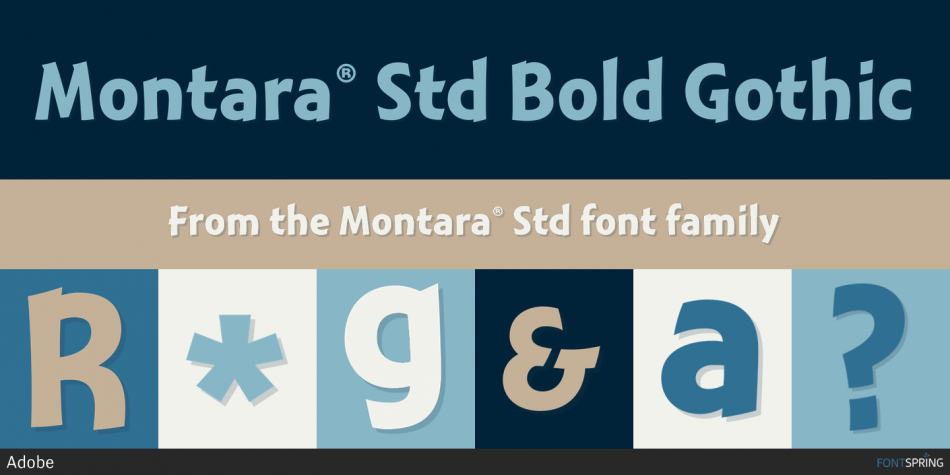 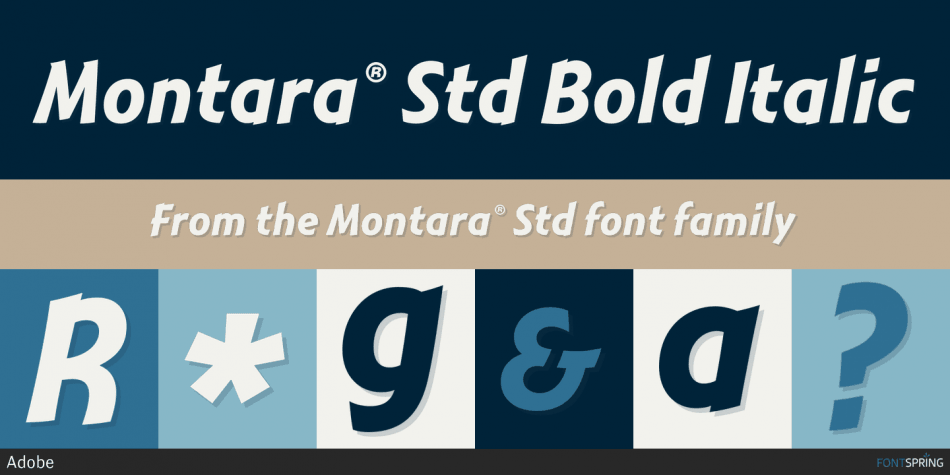 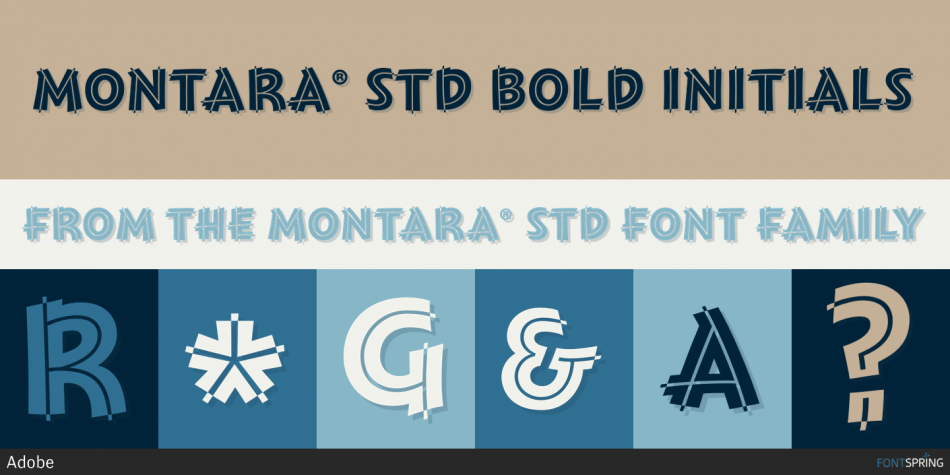 Montara® Std is a sans serif and display sans font family. This typeface has five styles and was published by Adobe.

Montara is a design by Jim Parkinson, inspired by “Gothic” (sans-serif) showcard lettering. This kind of lettering was typically done with a flat brush, by American signpainters in the first half of the twentieth century. Montara captures the spirit and vitality of this style while adding many contemporary touches. The Bold Initials represent a modern take on a style of inline letters used by some of these same signpainters.