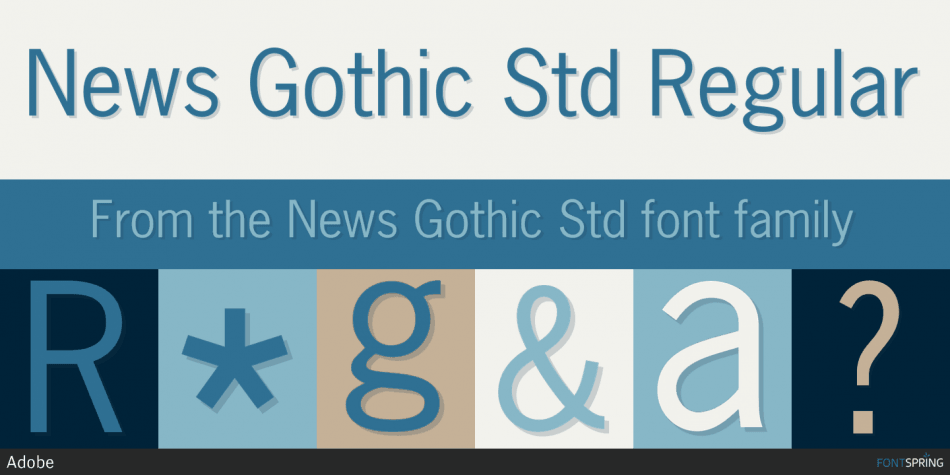 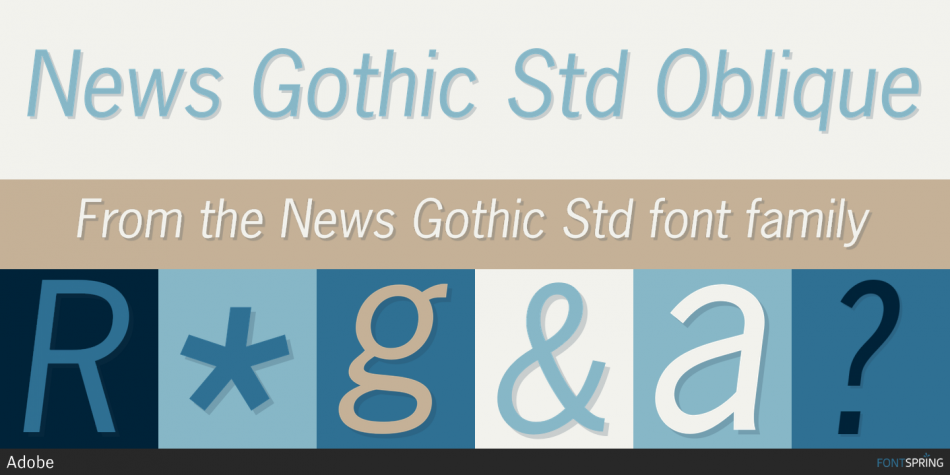 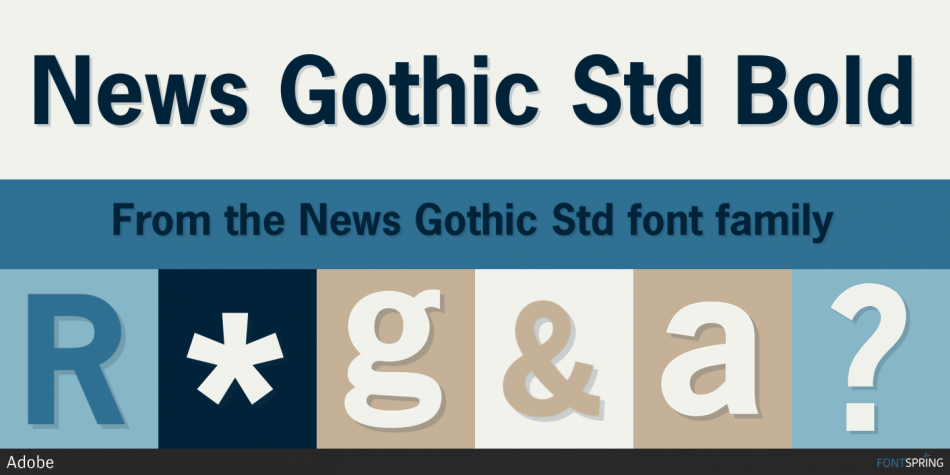 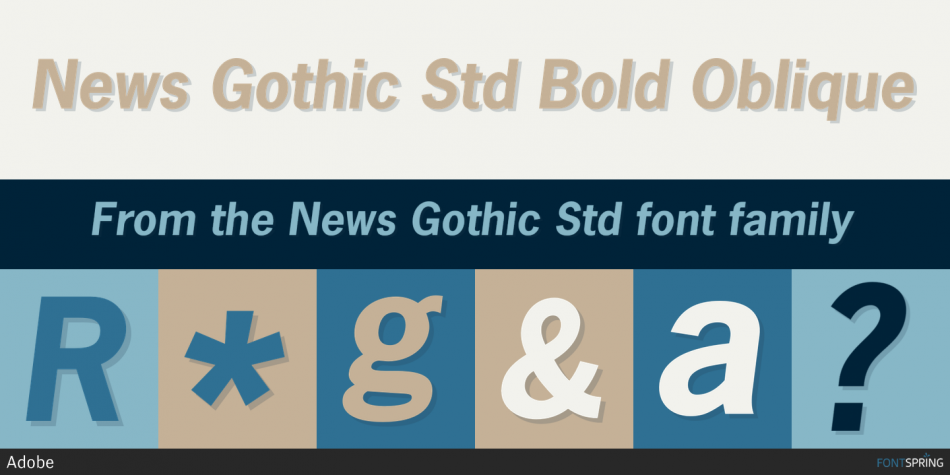 News Gothic Std is a sans serif font family. This typeface has four styles and was published by Adobe.

In 1908, Morris Fuller Benton designed News Gothic for American Type Founders. The original design, with two condensed faces, is essentially a light version of Franklin Gothic. In the late 1940s, after a decline in popularity because of the success of the sans serifs from Europe (i.e., Gill Sans, Futura, Kabel), American gothic typefaces made a comeback. It was during this time that more versions of News Gothic were designed, including News Gothic Bold, which Intertype released in 1955. Like Franklin Gothic, these typefaces are classics for newspaper headlines, advertising, and packaging.